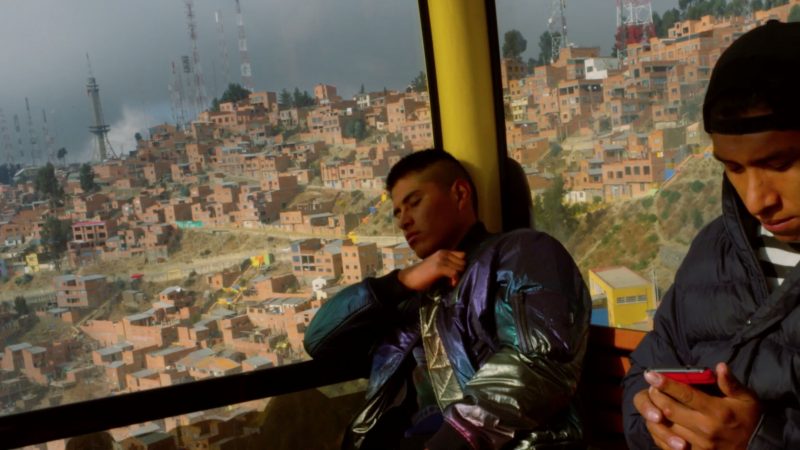 Kenzo has tapped three international filmmakers to showcase its Fall/Winter 2017 collection in a project the brand is calling Kenzo Season Zero. Through the lenses of Argentinian filmmaker Eduardo Williams, French-Senegalese actress and director Mati Diop, and French director Baptist Penetticobra, Kenzo has not only given creative license to these young artists to create scenarios in which Kenzo’s clothing can come to life, but they also created their stories around the theme “Inhabit the Earth”. Each filmmaker presented their vision of how they perceive earthly existence.

“I’m interested in the relation between the sensation of reality and fantasy, the normal and the unfamiliar,” said Williams in an interview posted to Kenzo.com. “I think that everyday places and situations can be shown in a way by which this sensation of reality can be questioned. I think the characters have their own particularities, each one is special in a different way. I think that more than aliens we can see they have different interests and ways of living.” Williams’ film, TZZD, depicts the story of an elf that falls asleep in a Buenos Aires’ metro and dreams of living many lifes through three countries and two continents reflecting the uncertainty of travel and spontaneity of making connections in unfamiliar environments.

In Untitled (Juice) by Baptist Penetticobra, three teens wax poetic about Minute Maid orange juice. A surprising take on inhabiting the earth? Think again. Penetticobra manages to concoct a thoroughly imaginative elixir of scenes and images purely through words and facial expressions all based on one single commodity while touching on a multitude of themes. “I wanted to talk about something trivial —like the orange juice from McDonald’s —and pull the thread as far as I could until it becomes almost abstract,” Penetticobra tells Kenzo.com. “It seemed to line up with the theme “Inhabit The Earth” which touches on something universal. Cheap orange juice is pretty much the same everywhere. I liked the idea of going from something small to talking about something larger, and at the same time verging on something more and more obscur, theoritical, until it becomes almost stupid and random.” A not so small sip of brilliance.

Diop casted her own brother, the model Gard Diop, to star in her film Olympe, which takes its name from the Parisian neighborhood Les Olympiades where she shot the film. Her brother had been working in Tokyo as a model and Diop told Kenzo that she had been wanting to shoot some film of her brother upon his return to Paris for some time. In the film, Diop sets up scenes of her brother biking through Paris and incorporates some street cast kids who happened to be loitering around Paris’ 13th arrondissement at the time of shooting to set up the mood of the film. Of the three, Diop’s film is largely about capturing the youthful vibe and style of the Paris street in a wordless, modern-day Parisian homage to the street culture with a hint of an homage to Harmony Korine’s Kids. “I didn’t feel like I was solicited by a ‘brand’ but rather by artists who were receptive to my work, who were giving me an opportunity to propose something, to make a film freely within a given context,” Diop told Kenzo.com. “Moreover, it was a carte blanche where clothes would serve the film and not a commission. Which, in principle, was leaving a lot of freedom for my film.”

While the three films don’t exactly show off the clothing, the brilliance in Kenzo creative directors Carol Lim and Humerto Leon‘s thinking behind their experimental mediums for showing off their clothes is really more about the culture for which they are creating their clothes. It’s about the experience. That’s a concept and a buzz word that brands have increasingly been trying to wrap their businesses around, but it’s something which Lim and Leon have been expertly creating for more than a decade.

Watch all three films and read the interviews for Kenzo Season Zero on Kenzo.com.