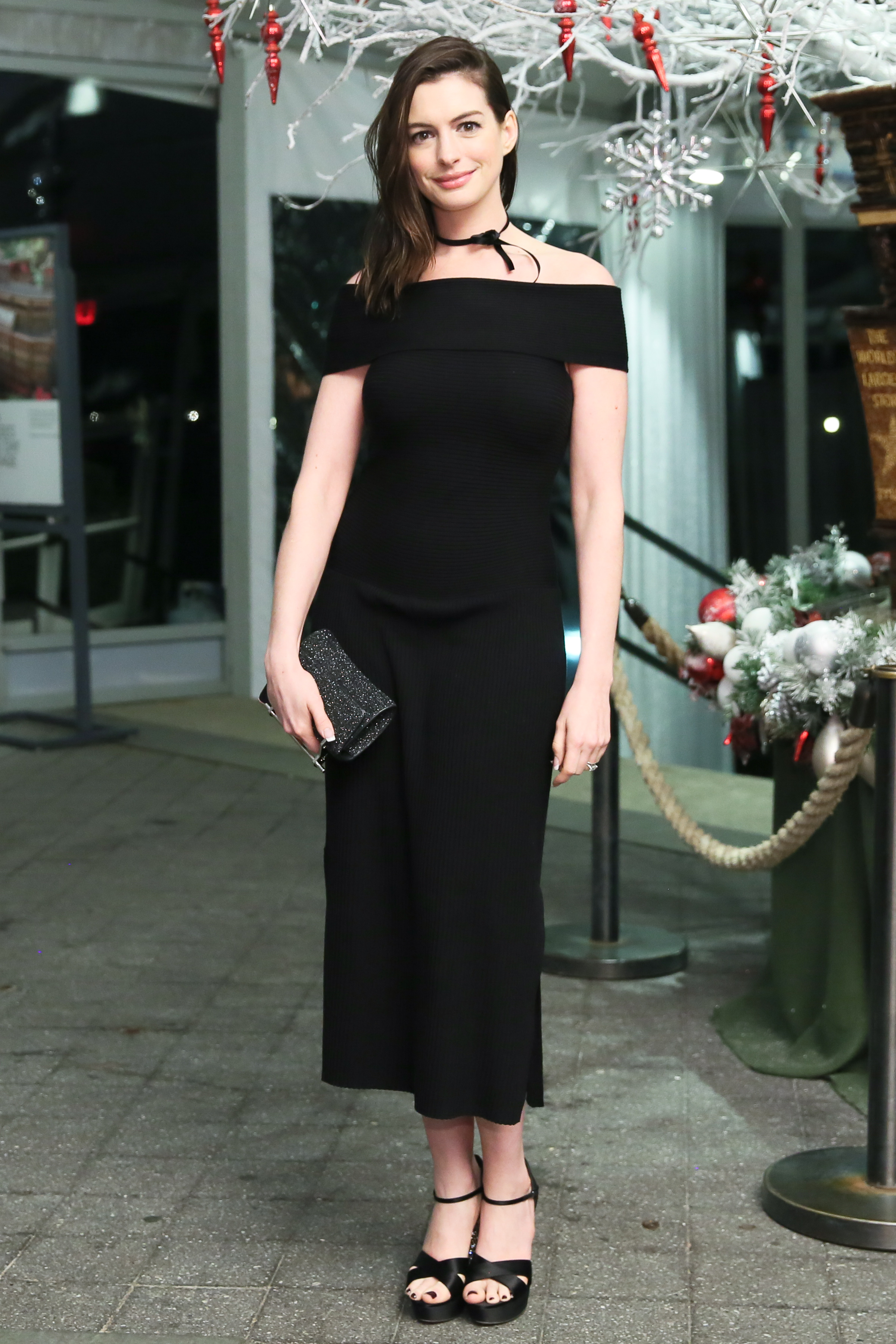 The evening started out with a cocktail hour underneath the sparkling dome in the Palms of the World Gallery, where guests made their way through the Conservatory’s enchanting train show, which featured a charming range of model trains winding through miniature NYC landmarks. Cocktails were followed by a seated dinner in the Enid A. Haupt Conservatory, also known as the Garden’s Victorian-style crystal palace. The space was decked out in winter white—even trees were sprinkled with what looked like snow—and guests like Tinsley Mortimer, Carole Radziwill, Dennis Basso, Michael Lorber, Jennifer Creel, and Eric Goldie danced the night away, plus one very special attendee: Anne Hathaway, who was there with her former Vassar College classmate and publicist for the Botanical Garden, Justin Conner. The gala ended in a very New York way, with Frank Sinatra’s “New York, New York” playing for one last dance before everyone either made their way back to Manhattan or headed on to the after-party at The Box.

Proceeds from the event support NYBG’s world-renowned Children’s Education programs, which aim to give underserved children in the Bronx a lifelong connection to nature through innovative workshops and hands-on activities.