Natasha Lyonne on Her Directorial Debut for Kenzo 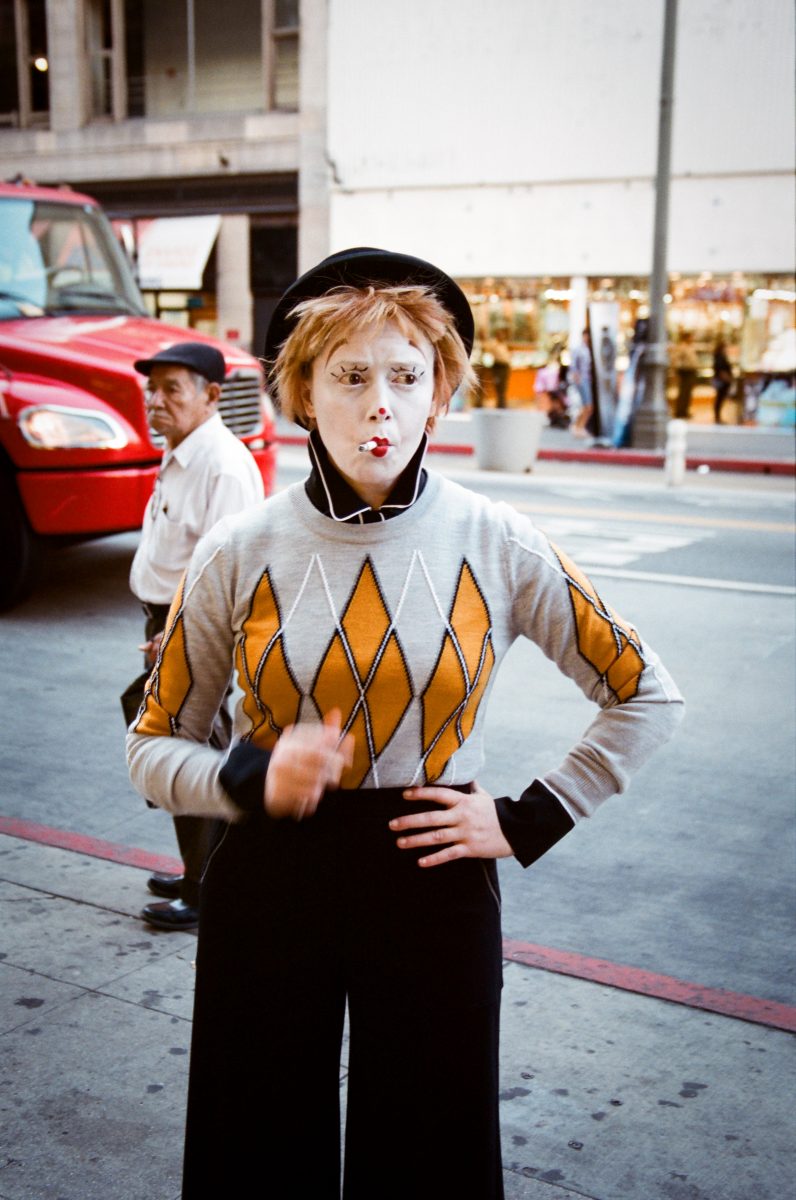 Kenzo unveiled its latest film, directed by Natasha Lyonne, at Public Hotel this week. It was Lyonne’s directorial debut for the short film titled “Cabiria, Charity, Chastity.” The surrealist short stars Maya Rudolph as the lead and includes everyone from Fred Armisen and Macaulay Culkin to James Ransone, Matt Lucas, Leslie Odom Jr., and Greta Lee. Kenzo’s Fall/Winter 2017 collections are featured in the film. “This was such a rare opportunity, even for a showbiz baby like myself who has been doing this for 30 years,” said Lyonne. “This is literally just about the art form. Carol and Humberto’s world is one that really allows for sheer liberation and inspiration.”

Lyonne told reporters that she had written the film with Maya Rudolph in mind for the role having always been inspired by the actress and comedian throughout her and Rudolph’s long friendship. In the film, Rudolph’s character must travel through a parallel plane to reconcile her Vaudevillian past in order to confront her future. As Armisen’s Pierrot Le Fou character says, “It’s not ok to do clown work just anywhere.” Perhaps the film was self-reflective? Lyonne has long been known for her comedic roles in film but for those that know her personally, she is said to be a true intellectual. “People know Natasha for her wit and humor, but she’s also extremely intelligent,” said Lim. “Because of her energy and her creativity, people really rally around her. We were really shocked by all of the people that came onboard for this.”

Lyonne said she had been keeping a rolodex of people in mind who she wanted to work with ever since she began her career and it really came down to just a few text messages. “You finally make that one phone call for that one favor and when they say yes, it’s really exciting. Fred [Armisen], my boyfriend and I were talking about how we really wanted to make Carol and Humberto happy with the idea of making it for them on a personal level…not to take anything away from Chloe [Sevigny], who is here, who is actually my husband,” joked Lyonne. “There is such a familial element to everything Carol and Humberto do. Chloe was my way into Carol and Humberto and there is just the idea that everyone is connected or is family. Kabuki, who did the makeup, is here, who Chloe, myself, and McCauley [Kulkin] worked with on Party Monster, and Maya is one of my oldest friends.”

The film is a visual treat and a wild brainy trip, complete with gibberish language made up by Rudolph and Lyonne. “It was born out of this sort of childlike, punk impetus of this idea of, What is a short film? Who is really watching these things?” said Lyonne. “We’re making them because they look really great and they’re fun as a sort of exercise, so we came up with the idea of just talking in gibberish the whole time. It’s a made up film in a made up language.” Whether you can decipher the film or not, the clothes read surprisingly loud and clear.

One to Watch: Músed by Lindsay Jones