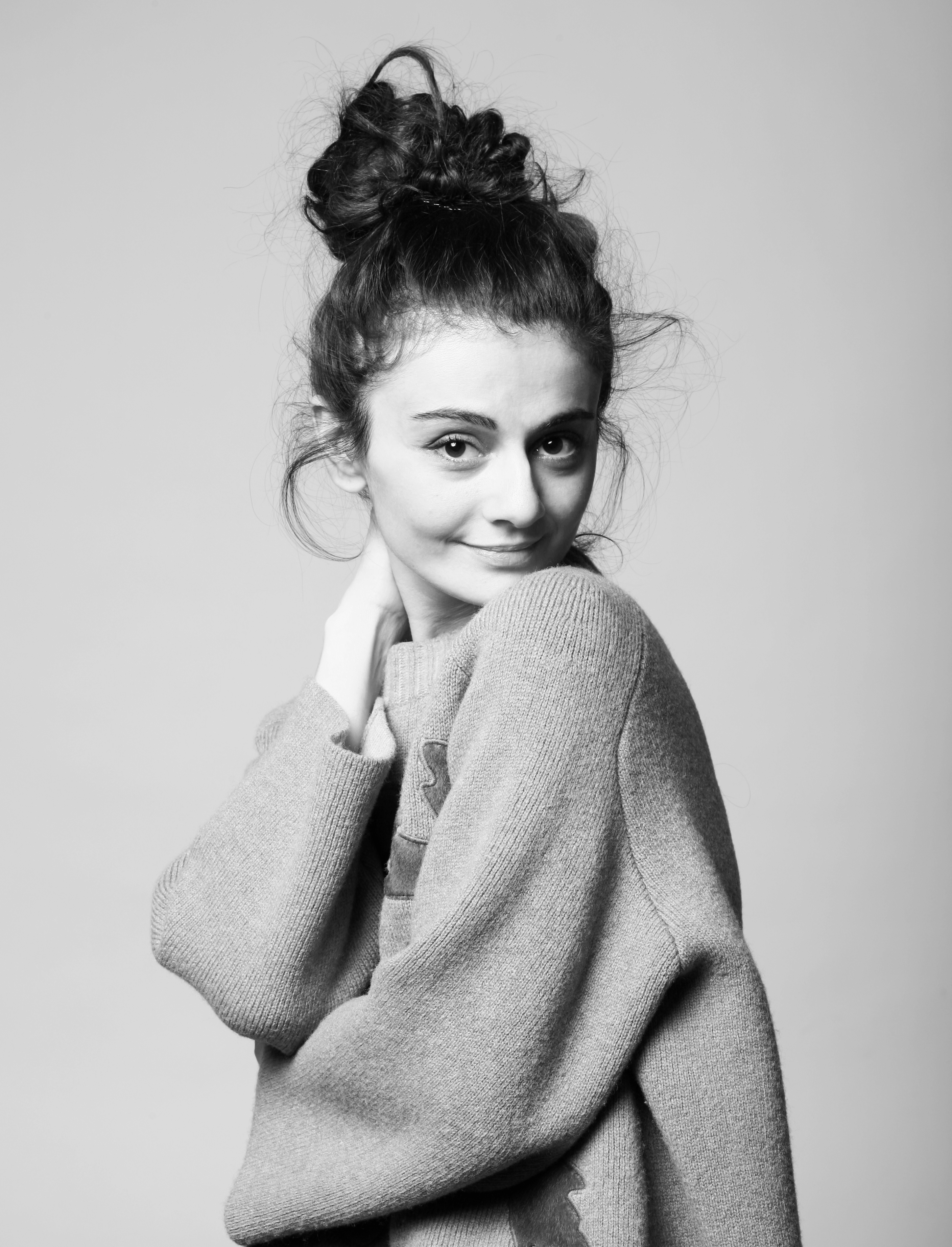 The last time we saw designer Natalia Alaverdian of A.W.A.K.E., she was hosting one of the chicest soirées in Paris in a penthouse at the Peninsula hotel, which was co-hosted by her longtime friend Miroslava Duma, with the likes of Mario Testino, Kim Kardashian, Kanye West, and more showing up to celebrate her designs. But when we caught up with Alaverdian in Paris earlier this month she insisted that despite all of the high-profile attention, this season’s collection is the one that makes her the most proud. On top of it all, she is an accomplished fashion editor, photographer, and stylist. Is there anything this Renaissance woman can’t do? Alaverdian filled us in on her multi-faceted career.

What was the collection’s story this season?
Every season we build a fun story around an animal. This season it was a zebra who travels through space to Japan, Holland, and the Balkans. It also served in the military back in Africa. But our zebra got really stressed with all of this travel and started to smoke. But because we can’t promote smoking, we put her in a no smoking circle.

That is a big collection!
I wanted to please all of my different stores and different clients, but also create something just for me. I wanted to balance out the crazy pieces with the wearable ones and that’s why it turned out so big. We also launched handbags and shoes this season. I was just really inspired. This is like an African queen from a Disney series or Eddie Murphy’s Coming to America. That’s very much this vibe. We like to have fun and we don’t like to make things too serious, so my collections always have their little quirks.

I heard that you were on a job recently. What was it for?
It was for Russian L’Officiel. I mostly work with Russian magazines for the moment. My husband is Russian. I use the money to inject into the brand because it is still quite young, so it needs a lot of development. I just came back from London where I was shooting Rita Ora.

You are Russian as well. Did you grow up there?
I am Russian and Jewish. I was born in Moscow, but I grew up in Belgium. But I am of Armenian descent. Our brand is in London. I spend half of my time there, and my husband is in Russia so I spend the other half of my time in Moscow. We are planning to move to London full-time in November.

How did you get your start in fashion?
I did a couple of internships in London after school and then I went to visit some of my family who lives in Moscow and I accidentally landed a job at Marie Claire Russia as a junior fashion editor.

The last time we saw you in Paris, you had a big bash with Miroslava Duma and Kim Kardashian. How did you meet?
I have known Miro for a very, very long time. When Russian Grazia launched, I went to become a fashion director there and she was an intern at Harper’s Bazaar Russia, and it was the same publishing house, so we sort of became friends and kept in touch. When I started the brand she called me up and was like, ‘I really love it!’ We each knew Kim separately.

How did Kim get introduced to your brand?
Through Kanye, because he discovers all of the new designers. We were celebrating New Year’s back in Belgium and I got this strange email from “K” that said, ‘Hey, I’m a big fan. Can I borrow some clothes for Kim?’ I was like, ‘Who is that? Who is this?’

He didn’t even sign it?
No! I thought it was a prank and I never replied and then I sort of forgot about it. Then I got a phone call and he was like, ‘Hey, it’s Kanye. I really like your stuff. Can we meet? Can you bring some of your stuff with you?’ We were in the middle of a family dinner and Kanye called. It was wild. So that is how I came to know them, and Miro came to know them through an event or something like that. Everyone really liked each other and we thought maybe we should do something together. It was not only something that was good for me, but good for Miro’s Buro 24/7, and it was good for Kim as well to be more in the fashion circle and to show that she promotes new talent. It was good for everyone.

It was quite a crowd at that party!
People like Mario Testino and all the editors, designers like Giambattista Valli, and “It” girls heard that it was a party by Kim Kardashian and Kanye, and that Miroslava would be there, and I think everyone wanted to come. I didn’t even get to meet most of them!

What was the reaction to the collection then?
I’m not sure anyone actually came to see the clothes [laughs], but honestly I didn’t think that the collection that we showed was my strongest collection. I think that our Fall/Winter collection and this collection are much more me, and I generally like to put my effort into creating stuff rather than PR-ing it. I would rather do a beautiful collection that I am 100 percent into. When I’m satisfied with a collection, the pieces have a different energy and they sell much better. The Fall/Winter collection sold out already and everyone is asking for extra stock. The socializing is not really my thing. Miro is lovely because she is very supportive and as a person she is super down to earth, and actually Kim is as well. She is lovely, polite, and sweet. You can relax with them, but the whole scene…you’re kind of scared and want to hide. My favorite time is creating and working with my team who are marvelous and we have so much fun even when we are exhausted.

How did you end up getting into photography?
I never saw a shoot in terms of just clothes. I saw it as a picture and story. I don’t actually consider myself a stylist, photographer, or designer. I’m more of a creative manager who puts it all together. When I started styling, it was always about telling a story. I worked with so many photographers who were great, but many of them didn’t get the story or they would want to tell a different story. When a magazine hires you, you have to follow the story of the magazine and it was difficult and emotionally draining. I would always be jumping around them and being like, ‘Why don’t you take it from this angle or that angle?’ and the photographers would get kind of mad and say, ‘Do you want to shoot it?’ Eventually, I was like, ‘Yes, I do!’

Did you actually say that to the photographers?
Yes I did! My husband encouraged me to do it. I always wanted to, but I was scared of the technicality and the lighting and everything. As a New Year’s present he gave me a lamp and then I got myself a camera and I just dove into it. My first couple of shoots were horrible, but I was very happy about it back then.

What was the first big shoot you were hired for?
I had to shoot Georgia May Jagger for Harper’s Bazaar Russia and it was pretty scary. I had to shoot her in one hour. I have done a lot of shoots that were a big responsibility, like when I shot Naomi Campbell or the time I shot Vanessa Paradis.

Was she tough?
She was very tough. I thought she hated me and hated the pictures, but when the magazine came out I was contacted by publishers for a book on Naomi. She had chosen all of her favorite images for the book and they wanted two of my images.

What was Vanessa Paradis like?
Oh, amazing! She was one of my favorites—she was so lovely and totally adaptable. Rita Ora was also lovely, lovely, lovely.

How do you have time to do all of this?
For the past two months this collection has been really tough, but now I plan to go back home to my husband and I will remain horizontal for several days and he will just spoon feed me. That helps!