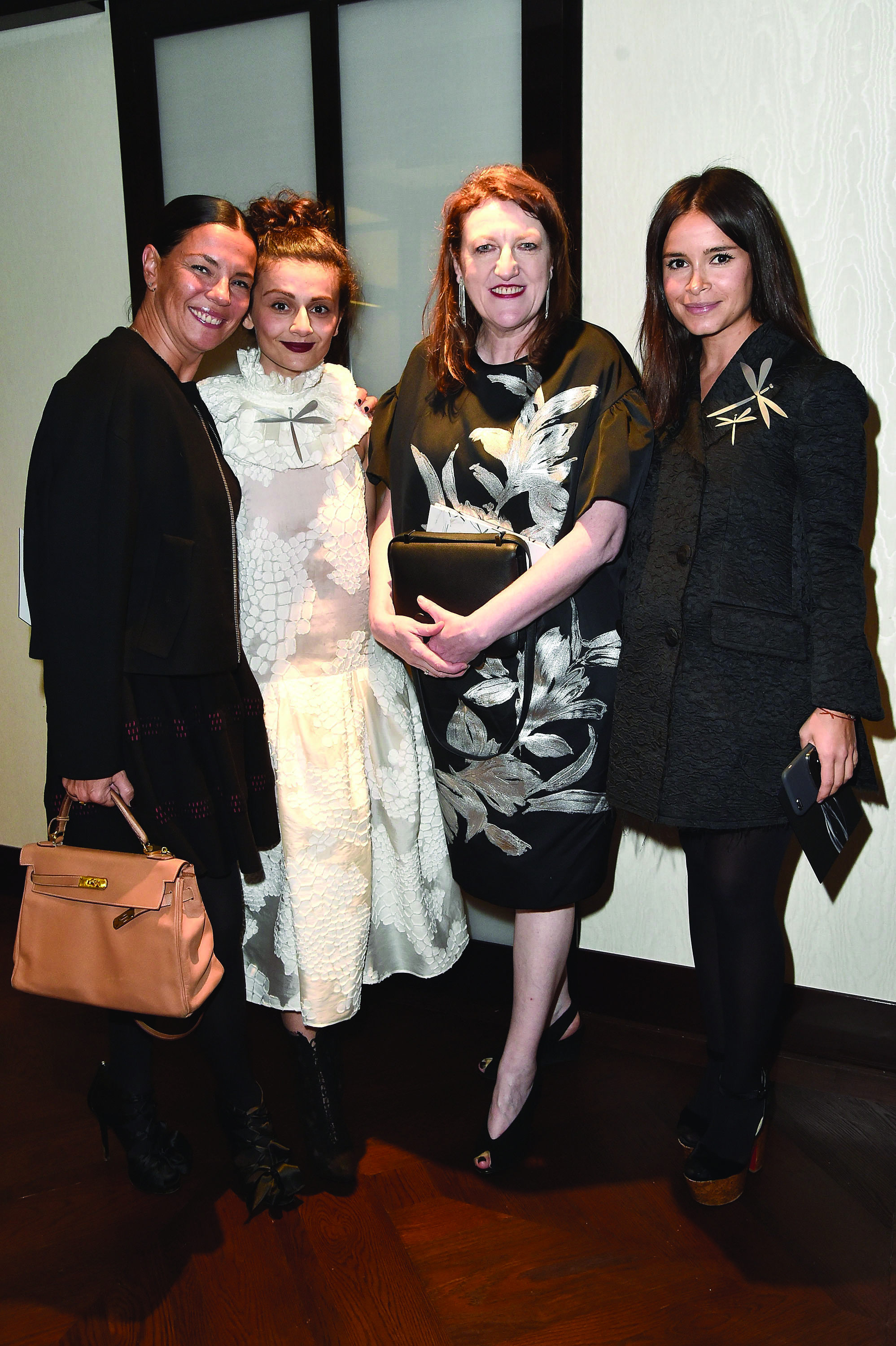 Last night, A.W.A.K.E founder Natalia Alaverdian threw the chicest fête in Paris in a penthouse suite at newly opened The Peninsula Hotel. You know it’s going to be a good party when you walk in and there are multiple tables covered with trays of caviar. The Russian-born, London-based designer is as well-connected as you might imagine so fashion’s A-List turned up to celebrate including Russian Miroslava Duma who hosted along with Caroline de Maigret, Melvin Chua, and Kim Kardashian.

Mrs. West has been followed by paparazzi around Paris, leaving hordes of photographers waiting outside the shows, like today at Balmain where she was there to support younger sister Kendall Jenner who walked. And  she caused quite a stir at the party too, arriving with Kanye and having her photo snapped upon arrival with Alverdian, Duma, and Mario Testino. Even Kim’s mum Kris Jenner was on hand, to clear the air about Kendall’s rumored modeling feuds. But there were plenty of fashion’s finest including Antoine Arnault who arrived with partner Natalia Vodianova in tow. The duo powwowed with Giovanna Battaglia and Anna Dello Russo in the lobby before heading up to the party. Then there were designers like Giambattista Valli, Anthony Vaccarello, Delfina Delettrez, and Humberto Leon, and American editors Stefano Tonchi, Edward Enninful, and Glenda Bailey. Even industry icon Giancarlo Giammetti was there. Suffice to say darlings, it was the party of the evening.