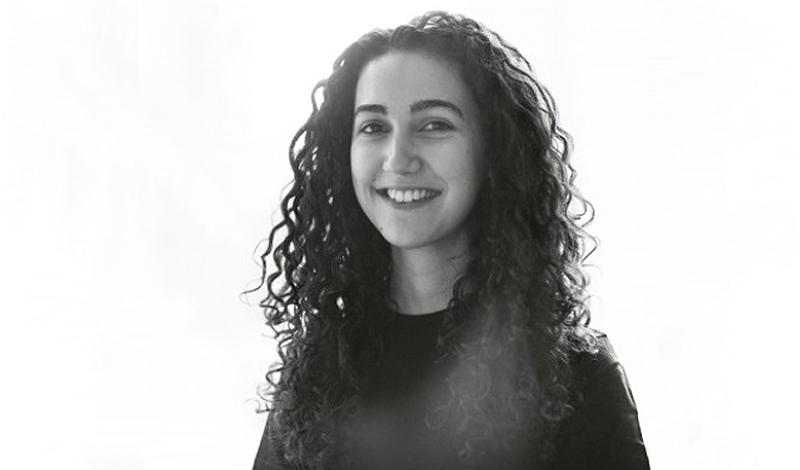 After appearing on the mastheads of The Cut, Man Repeller, and most recently W Magazine—and practically a mentorship with French photog Garance Doré—Emilia Petrarca is returning to The Cut as fashion news writer. This Mover of the Week chats her Paris Hilton moment, Cathy Horyn obsession, new role at New York magazine, and beyond…

Where are you from?
I was born and raised in New York City, actually in the same zip code as New York magazine.

What was your first gig in the biz?
I was an intern in the fashion closet at Glamour magazine the summer before my sophomore year in college. I cried at least thrice.

When would you say your interest in media and fashion began?
My mother works in journalism, so I grew up with magazines around the house, including New York. As for fashion magazines, I was one of those middle school kids who cut out the pages and saved every single issue in dusty stacks. I loved the fantasy of them, and they exposed me to so much before I started using the internet.

Gives us a taste of some of your best stories…
The first story I ever reported was actually for The Cut. It was about what happens to clothing that gets forgotten at dry cleaners, and I wrote it while I was home from college on winter break. I remember going out in a full blizzard to report it, but I was so thrilled that I didn’t care about ruining my Uggs. (Lol.) I think that story is a good example of how I approach fashion writing now: With curiosity about everything and a sense of humor. My last big feature at W magazine on Paris Hilton is perhaps the best example of this, and was my favorite story to write and report. It shows in the copy.

What was interning at Man Repeller like?
I was a huge fan of Man Repeller, so to be able to walk in the door after graduating college and start writing was a dream come true. One of my first stories there was actually about the greatness that is Cathy Horyn (everything leads back to New York!) and I remember she liked my tweet or something and I nearly had a heart attack. I learned that people actually read what you write, even if you’re just blogging, so you better make it count every single time. Leandra always encouraged me, and really gave me the confidence to be myself. She also has such an enthusiastic fan base; I remember she posted a photo of me on Instagram once and my phone crashed.

Who do you look up to in the industry?
I think it’s pretty easy to burn out in this industry, so of course I admire the legends who’ve stuck with it, like Cathy Horyn, Robin Givhan, and Tim Blanks, who are still out here hustling and being as thoughtful as ever. I also look up to younger leaders like Racked’s Britt Aboutaleb, Lauren Sherman, and Matthew Schneier. Truly, I’ve also always been an admirer of Stella Bugbee, and still can’t really believe I get to be in the same room as her. I have big “fashion Tevas” to fill replacing Veronique Hyland.

What was it like working for Garance Doré?
Garance has such a strong visual identity, so I learned a lot about what it takes to build a voice and brand in that sense. I also came in at a time when she was really rethinking her approach to fashion week, and it was valuable to hear her perspective on why it wasn’t working for her anymore.

What was the best advice she gave you?
She’s French, so of course she gave me a lot of advice about dating. She wasn’t a fan of Tinder.

What was your role at W?
I reported to Erik Maza and Sarah Leon. My “beats” ended up being some weird amalgamation of fashion trends, famous people’s children, rappers, women over 50, and Instagram influencers. I also discovered my interest in music and menswear, and profiled everyone from Lil Yachty to Virgil Abloh. At the end of my two years at W, I was really determined to do more features, hence Paris Hilton. I wrote the script for the video, too, which is a testament to how much they let me experiment and run with ideas.

What will you miss about Condé Nast?
It was a very glamorous place to work. Plus, the bathrooms had full-length selfie mirrors.

Why is now the right time to return to The Cut?
I’ve always identified with the voice of The Cut, and feel like it’s the perfect fit for me. I haven’t been in the industry for very long, so I was curious to see what other “beats” I had in me, and explore what else I’m good at. I was also ready to be challenged, which I think at the end of the day was the most important thing for me. Being slightly terrified is a good thing, at least for now.

What will your new gig entail?
So far, it seems to be part responding to breaking news; part analysis of said news; part fashion features; and part planning print pages. So…a lot!

What are you most excited about?
I’m most looking forward to getting to know the hilarious and smart group of women who work at The Cut. The Slack channel has me giggling all day, every day. One of my first assignments, for example, involved a reference to the Blue Man Group. That same day I also wrote a lite-thinker about Helmut Lang. So, hopefully I can maintain that balance. They make it look easy, but it’s not!