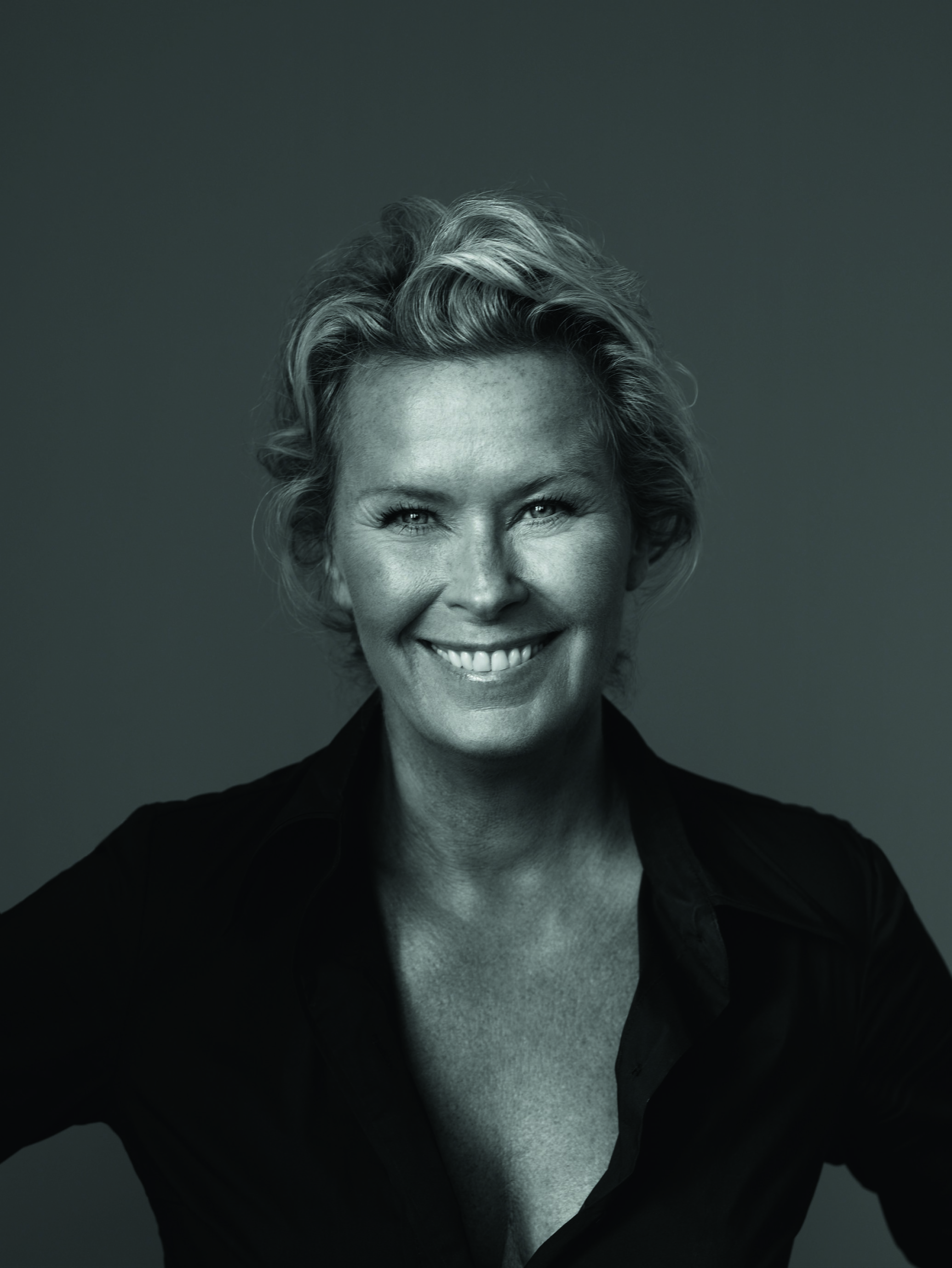 Swedish jewelry designer, Efva Attling, is the ultimate renaissance woman. She’s been a model, pop singer, writer, designer and hung out with everyone from Mick Jagger to David Bowie. Her latest offering, a Beatles-inspired collection, was created in collaboration with The Beatles’ company, Apple, and will be distributed to over 200 retailers worldwide including Attling’s own boutiques. Naturally, she has her own Beatles tale to tell.  Here’s 10 things you didn’t know about Attling.

She was a model throughout the 70s and 80s:
I was discovered by Eileen Ford and modeled for 12 years.

She hung out with Jerry Hall and is best friends with Grace Jones:
I was in Rome doing a Fendi campaign when I first met Jerry Hall, she was this Texan girl and it was a super fun night. When I started at Ford, Lauren Hutton was my idol, and I was like her stalker. I’ve known Grace [Jones] since ’74 and have done a lot of crazy things with her. All the girls would stay at Hotel Arena in Milan and we shared a room. I always tell the story about how I was walking down the street with her and the cars would stop and honk their horns, because she had such a presence. It’s funny because she always tells the story that they would stop and honk their horns, because they were looking at the blonde.

She was a pop singer in Sweden:
Towards the end of my modeling career I started to sing on stage with a group at my favorite restaurant in Milan. My father was a part-time jazz musician and I used to sing with him when I was younger. I was really getting tired of the modeling business, so I went back to Sweden and called my friend Benny Andersson from ABBA. I told him I wanted to be a pop singer and sent him this demo tape. He told me, “Come on Efva, this sucks. Keep on modeling.” But I didn’t take no for an answer. I started a group called X-Models, which I thought was just brilliant. It was just four guys and me and we wrote a lot of music together. I was so much in love with my fiancé Niklas Stromstedt at the time, that I wrote a song in Swedish called “Two of Us” and sent it to EMI Records. They said, “Ok, we think this will be a huge hit.” The guys in the band were so mad at me because I solely wrote it. We sold 40,000 records and now it’s a Swedish classic. I have two gold records on my wall.

She once designed clothes for Levi’s and H&M:
It was 1985 and we were sponsored by Levi’s and they asked if I could design some clothes, so I did that and then they asked me to come in as a guest designer for H&M.

She’s been designing jewelry for almost 20 years:
I hadn’t thought of making jewelry until that model mentioned going to a silversmith class, so I picked it up and started creating pieces. After three months, my friends were buying my jewelry and after six months, Madonna was wearing it so I had a good kick start. Next year it will be 20 years.

She did a jewelry collaboration with The Beatles:
Years ago, Michael Jackson bought the entire Beatles song catalog, but The Beatles company Apple still owns the titles to the songs and they came to me and asked me if I wanted to do a collaboration with them.  So I took titles like “Good Day Sunshine” and “Let It Be” and “Lucy in the Sky with Diamonds” and put that into the jewelry. I work a lot with words, since I used to be a singer/songwriter and want to move people with lyrics. At first I thought the project was too commercial, but The Beatles were my first big music love. The jewelry has some of their lyrics written out like “Here Comes the Sun” inside of a ring. In some pieces, I used Herkimer diamonds, which are found already faceted, as if someone has been underground tinkering away. The Indians discovered this stone first. For people that believe in healing, this is the strongest energy-giving stone.

She met George Harrison, Keith Moon, Charlie Watts, Keith Richards, and Mick Jagger when she was 14:
The first time I met George, I was 14 and in school, but I sneaked out and went to this club. I passed him and said, “Hey!” in Swedish and then I said, “Oh shit! That’s him!” Later when I was living in London and modeling, I went with friends to a club called Tramps, where everyone used to go, and when I went to the bar to get a drink a man came up and said, “I’ll buy that.” It was Keith Moon, the drummer of The Who. We ended up dating for four months and lived together, but that night it was actually Keith who introduced me to George. All I could say was, “Hi George.” I was the only girl at this big round table sitting with Charlie Watts, Keith Richards, Mick Jagger…I remember Mick said to me, “Do you want to dance?” and I thought, “Oh he’s pulling my leg.” I took his wrist and said, “What time is it?” And he said, “Oh guys, you better take this young lady home. I think she’s out too late!”

She’s danced with David Bowie:
I have a pair of spiked Ziggy star earrings inspired by David Bowie. I danced with him once. He was super sexy. A friend of mine was going to take care of Bowie and his band when he came to Stockholm in ’76. He said, “Oh Efva, can you take care of the band for me and take them to restaurants and go out?” When we got to the restaurant, Marc Bolan was there with his wife. Not long after he died in a car crash. He had been following Bowie on tour. Some model friends of mine were having a dinner and I asked them if a couple of guys could sit with them and they were like, “Oh no! We’re having a girls night.” When I told them it was David Bowie and his band they quickly changed their minds. Later that night I was dancing with David and I told him, “I feel like a pimp with all of these girls!” and he leaned in and said, “But I want the pimp…”

On what she’ll do for her next act:
I would probably be a psychologist, I human beings are the most interesting animals on earth. What inspires me the most is the stories that people tell me. I made this little angel after the Tsunami in Thailand, because there were something like 2,000 Swedes that died. I know one man who lost both his children and his wife and a woman who had finally had a baby through IVF and lost him—he was just two years old. I called the Red Cross, because I had worked with them before, and decided to make the angel wings to benefit them and we raised $1million.