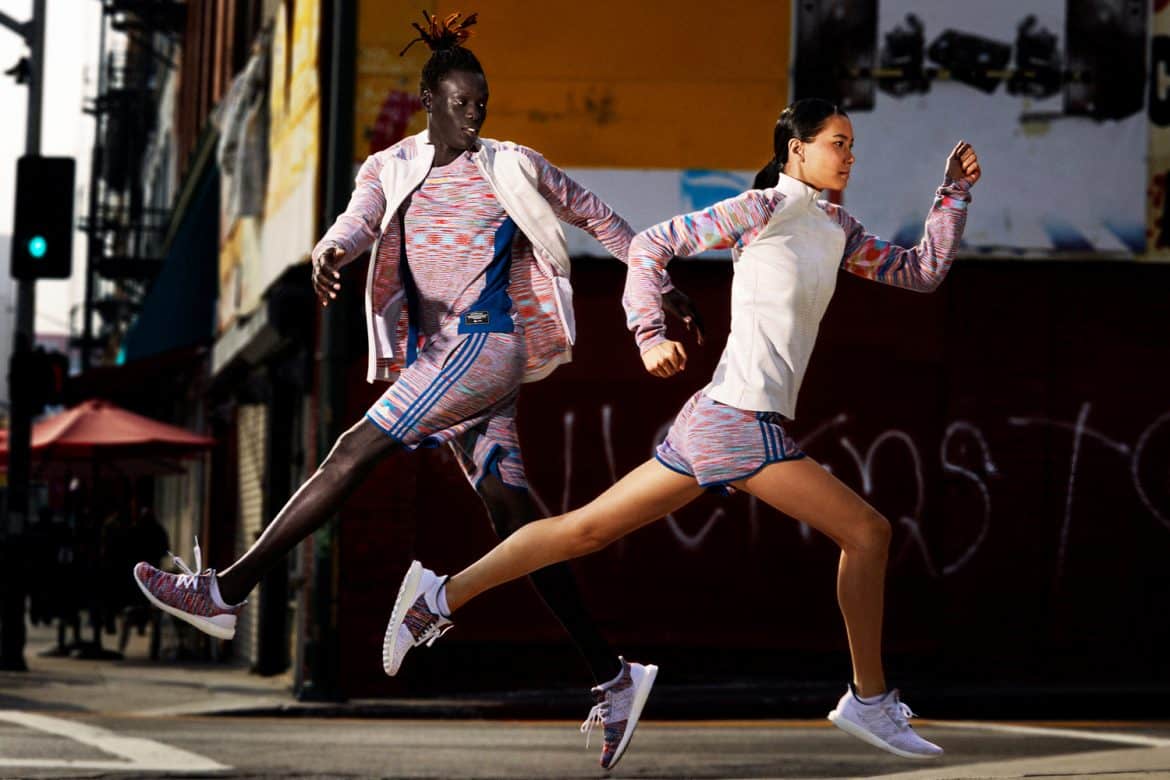 Angela Missoni was reluctant to enter the family business at first, but by the time her children were school-aged she was ready to venture into the world of fashion. In 1997, she became creative director of Missoni, a position she has held ever since. In recent years, she has spearheaded some pretty impressive collaborations between Missoni and brands like Converse and Target, but this week sees one of Missoni’s most exciting collaborations yet: an all new activewear and sneaker collection with Adidas, which dropped yesterday and is already selling out. Missoni took time out from a family event in Sardinia to talk to the Daily about the line and explain how running is built in to her family’s history. 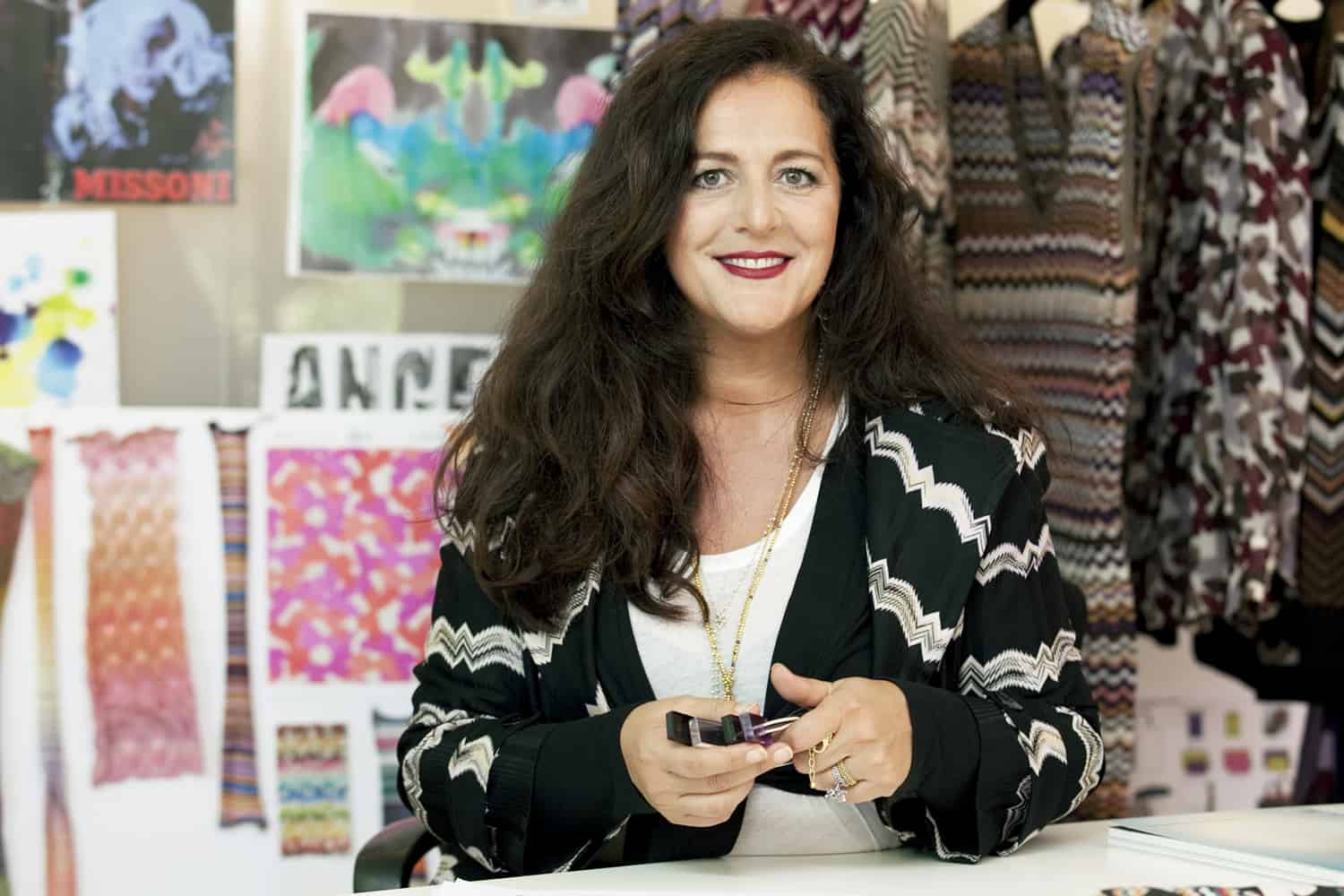 Tell me all about your new Adidas collaboration!
It’s something that I wanted to do for a long time. Sportswear for running really belongs [in Missoni’s story] due to the fact that my father was a former athlete and Olympic runner. He started doing menswear to do tracksuits. In 1948 at the Olympic games in London four teams were wearing my dad’s tracksuits. That’s how knitwear started for Missoni. So of course sportswear is something we were about thinking and I’m happy a new young generation can know about the history of Missoni and the history of my dad.

What is it like working with Adidas?
What was amazing was that we could work with a company that really enhances the craftsmanship and tradition. We could really work on the clothes and the product. Engineering the product, all the pieces of this capsule. Plus, now they have this new technique for knitwear and also they’re doing active knitwear also with wool today, which is very good for us. The fun knit for the active sports, plus the knit in the running shoes, I think this is 100 percent Missoni. 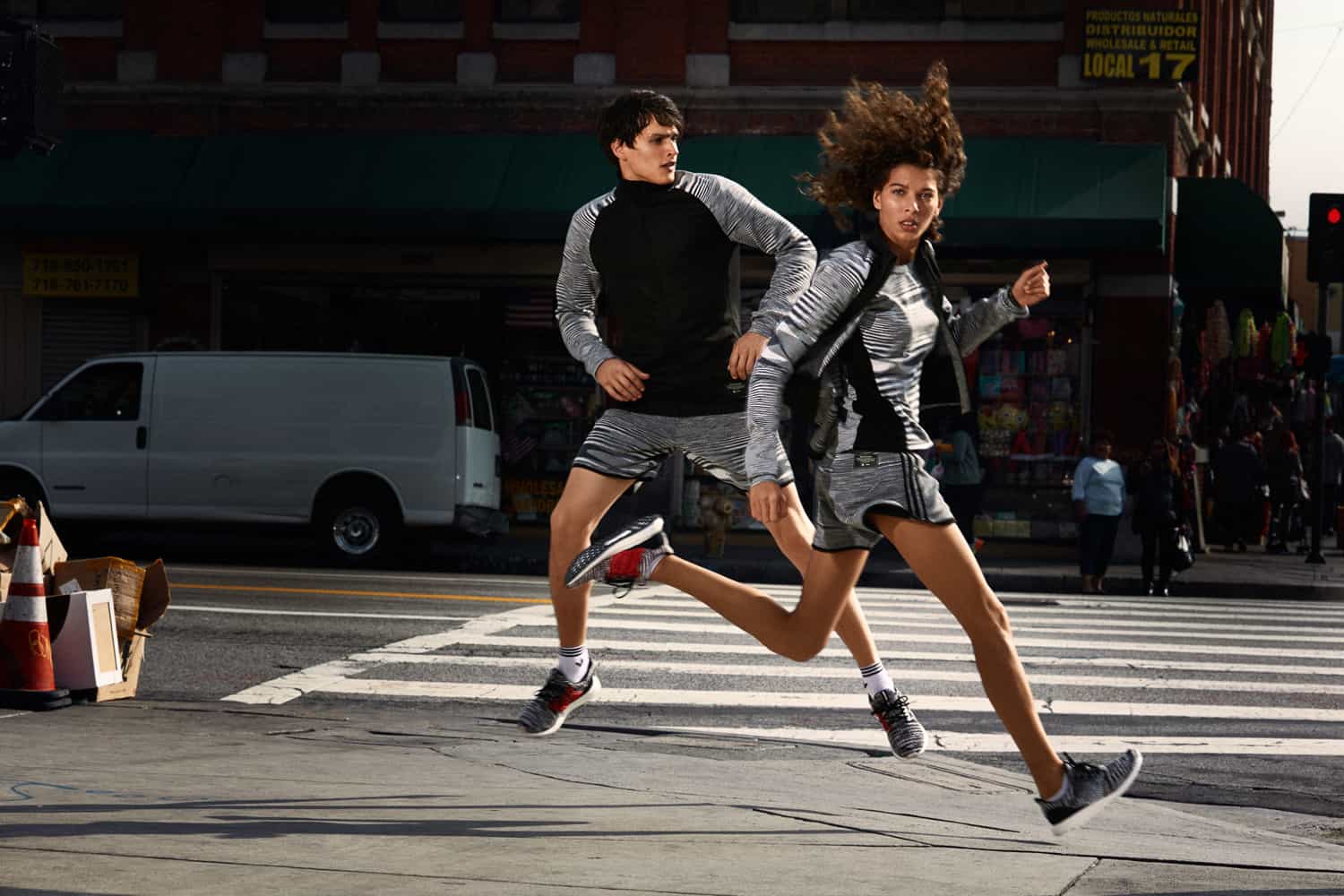 Were there any fun stories your dad told you about being in the Olympics?
When he went to the Olympic games he was just back from World War II. He had been in the battled of El Alamein and he became a prisoner of the English for four years. So you can imagine by the time he came back [to sports] how he looked. Of course he was not anymore the athlete he was at 22. But then he was back on the running field and he made it to the finals [of the 400 meter hurdles]. At the end of the race he was sixth. Everyone thought it would be a miracle for somebody to come back from war, and after two years make it to an Olympic final. But then when he went home, all his dad said was, “I saw you, you [came in] last.” 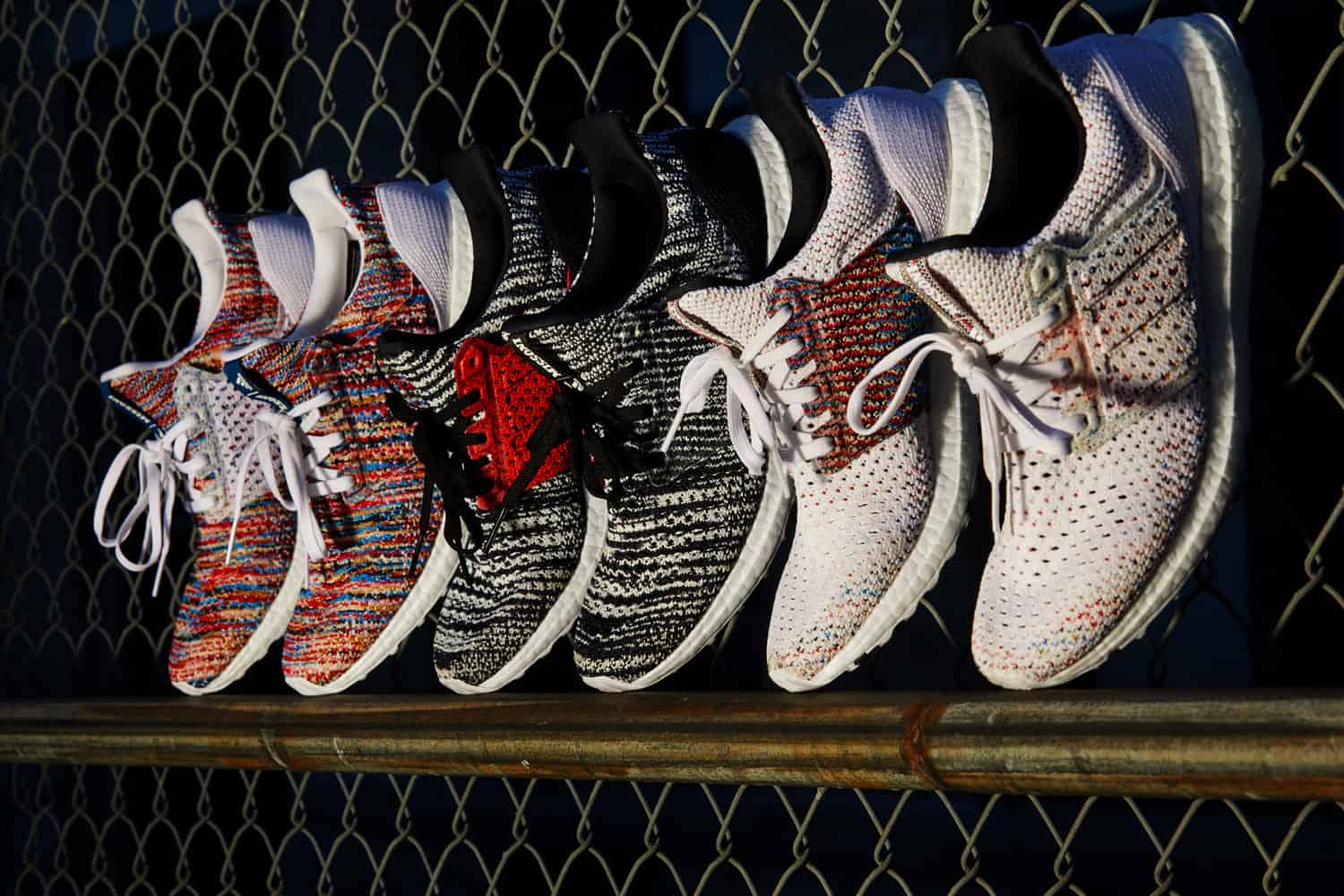 It must have been quite the experience nonetheless!
Something very curious that you have to know is that by an incredible coincidence he met my mother while he was at the Olympic games. She was a 16-year-old student on a study trip in London and that’s when they met. The most amazing thing is the first time they saw each other was in Piccadilly Circus, under the Eros statue [Eros being the Greek god of love]. It’s like a movie, really.

That’s so cute! Did your dad keep up the sports after he started the brand?
He wanted to stop the active sports around 54, 56, something like that. He left competition, he completely stopped training. But then he went back to it when we moved in the ‘70s. We moved to the country and he wanted to do sports in the open air. He started to play tennis. He would go out everyday for an hour, hour and a half and would start exercising in his own way. In the ‘80s, he started competing again in [an athletic class] if you are under 70, under 80 [years old]. He competed until I think three years before he died. He was disciplined. Not running, but jumping or throwing (javelin). He was definitely a man of sport. He loved to compete. Maybe that what he taught us was the respect, the adversary [of competition]. 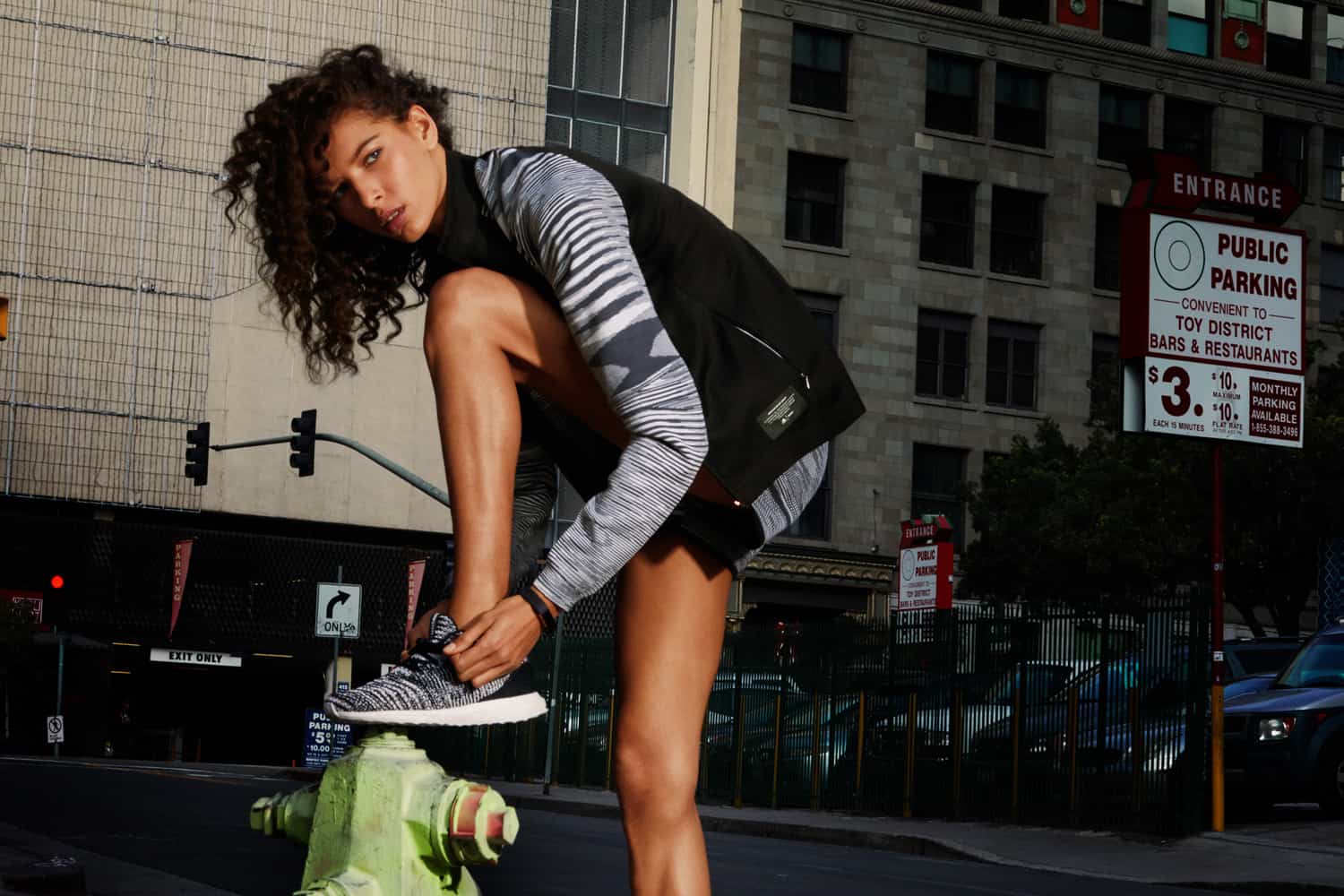 Were you athletic growing up? Did you ever play sports?
I was not at all competitive in sports. My dad is kind of competitive. Even when you were playing cards as a kid, it was hard. He wouldn’t let you win. I was also the last of three kids so I always thought everyone was much better than me in everything. I never put myself in real competitions. But I love to swim, I love to ski, I love to do lots of sports in the open air.

The Missoni x Adidas collection ranges in price from $100 to $300. Is is available online at both Missoni and Adidas now.