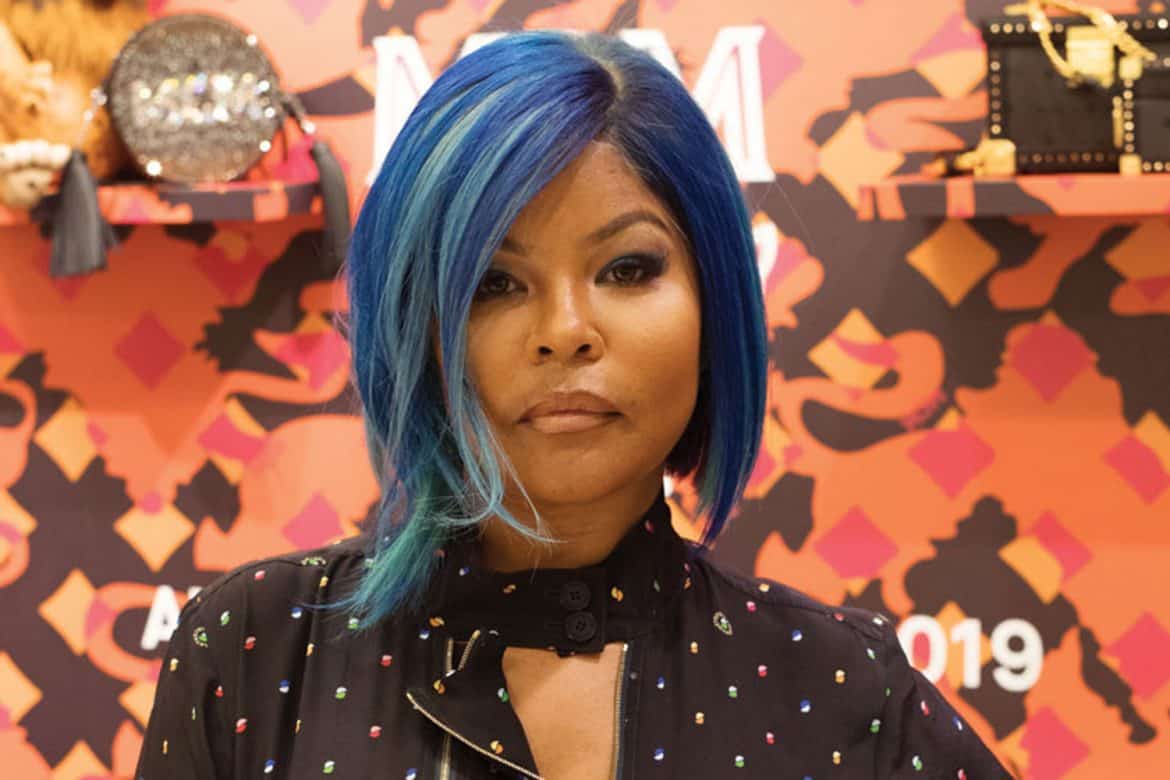 As the mastermind behind some of pop culture’s most iconic fashion moments — remember Lil’ Kim’s 1999 VMAs lewk? Misa Hylton has made her mark in history. Now, she’s come on board as MCM’s global creative partner to show a new generation how it’s done. The Daily sat down with this fashion icon to rap about her prolific career and how she plans  to leave her mark.

How did you get into the fashion world?
I’ve always been a creator. I love fashion, I love music, I love hip-hop, I love wardrobe — that was my natural gift. I was styling my friends, I was styling my family, anybody. I got into hair because that was where I could express my creativity. I started [professionally] when I was in high school. At the time, I was dating Sean [Combs]; he was an intern at Uptown Records. He was working with [the artist] Father MC and then he got promoted to A&R director, and the first group [he signed] was Jodeci. Dating Sean put me in the place and the space where I could work with these talents. I would assist him and help him come up with images.

The music scene in the ’90s was pretty incredible…
Music had been changing. I had this opportunity to work with an up-and – coming female wrapper, Lil’ Kim. She had lyrics that would blow your mind; she was very risqué and her delivery was strong and powerful. She owned the beats that she rapped over. She was this powerhouse, and yet so tiny — she’s only 4′ 11”. I took it to the next level. My career has been a journey of creating looks that have not been seen before, like Mary J. Blige and the combat boots, the tennis skirts, the hockey jerseys, the baseball caps.… Young people were able to see themselves in her, and you had her singing over these hip-hops tracks. It was just dope all the way around. 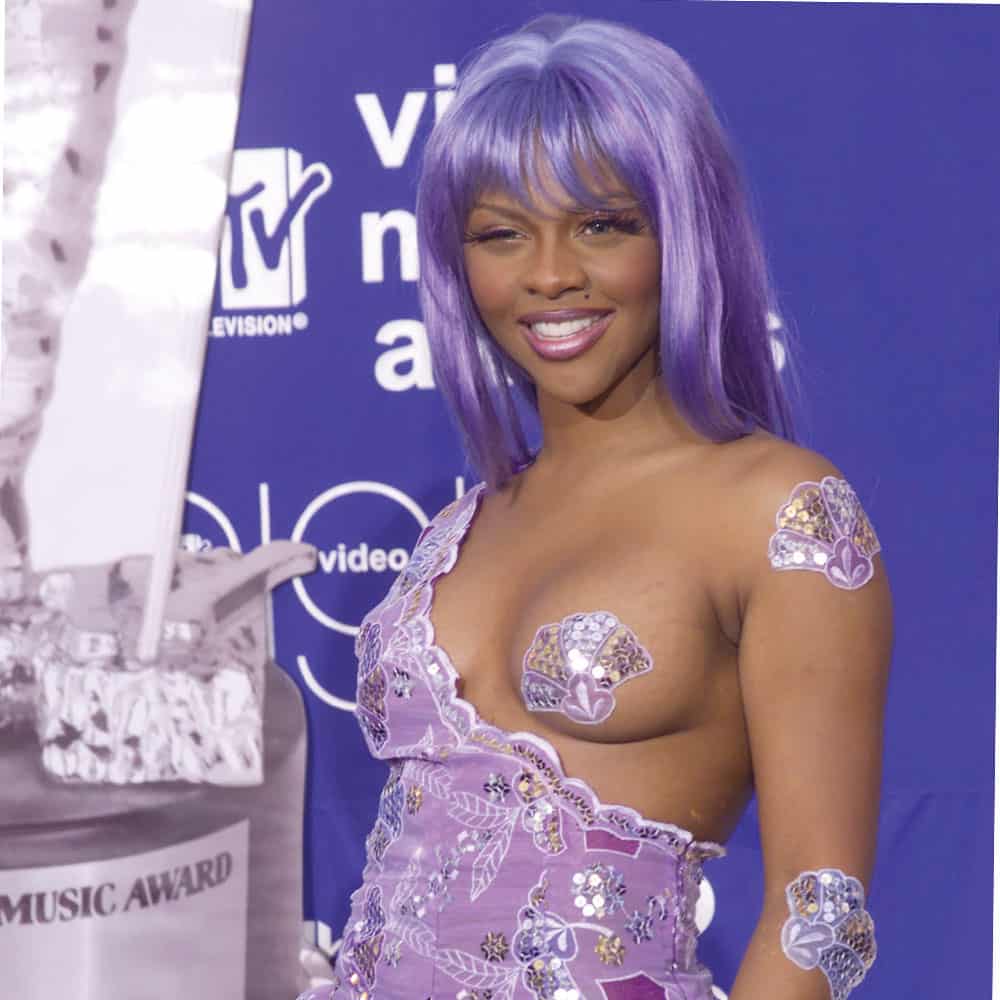 Have you ever thought about directing a music video?
No, maybe that could be next. With Lil’ Kim, her image was risqué, but she was fun and lovable. She needed to be over-the-top, but also high-end. Kim loved Gucci, Louis Vuitton, and Chanel, like most young girls did. When we worked together, she crossed over to MTV, which was a big deal back then for a female rapper. Then she got her M.A.C campaign, and we went to all the [fashion] shows. It was a really special time.

Do you and Kim still keep in touch?
I spoke to her yesterday!

Kim’s look at the 1999 MTV Video Music Awards was a global sensation. Did you see that coming?
Absolutely not. Missy Elliott actually gave me the idea, believe it or not. I thought it was a badass idea. If Kim was going to have one breast exposed, I wanted it to be really pretty and ornate. I got Indian bridal fabric, and we went softer with the pastel lavender. It was a custom design, and it fit her perfectly.

Did MTV have any problems with the look?
They didn’t. When she stepped onto the red carpet, she owned the night. She turned into Miss America!

Cut to a few decades later, and you’re still very much in the game. You recently worked with Beyoncé. How did that come about?
I created a custom MCM piece for her. Her stylist, Zerina Akers, contacted me — she had seen some custom design pieces I had done for Big Daddy Kane, Rapsody, and 9th Wonder with MCM. She needed one of those jackets for Beyoncé, and so we did a full look. 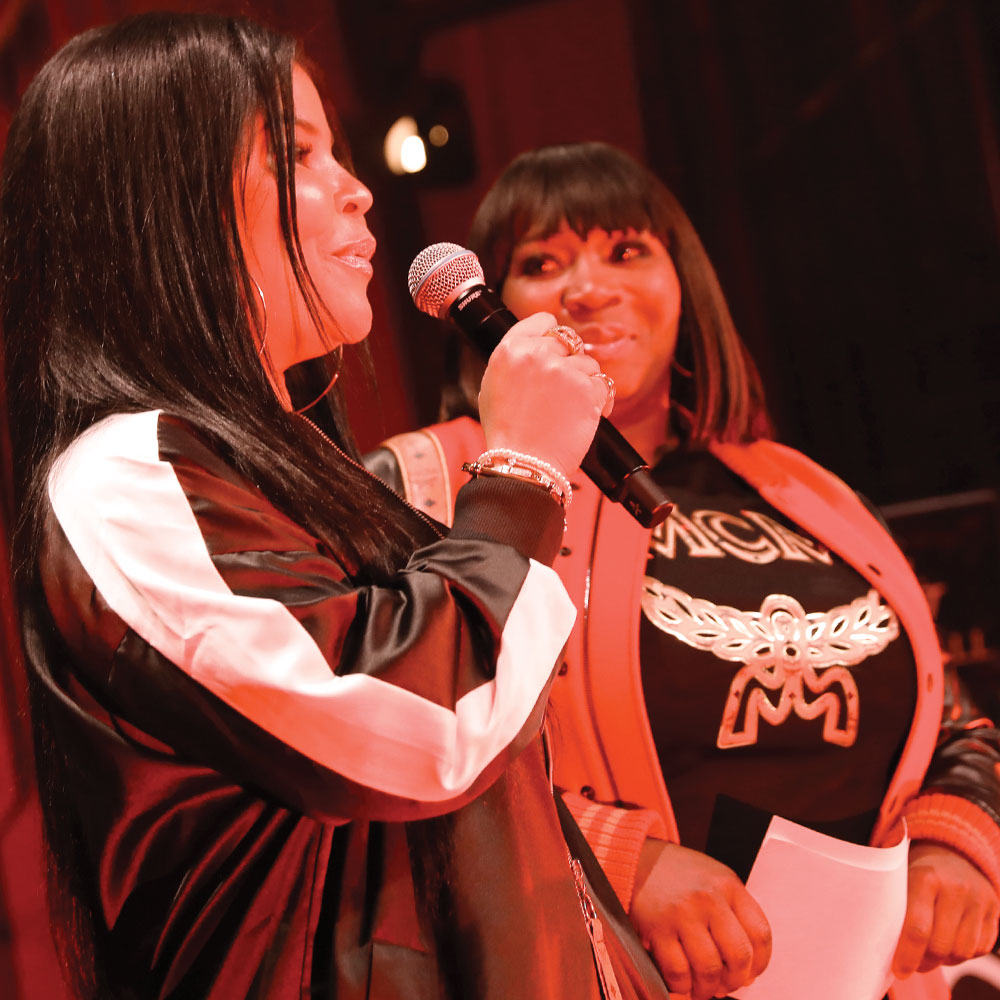 Hylton (with Bevy Smith) was named MCM’S creative global partner last year
What was it for?
Zerina calls me one day and she’s like, “Beyoncé rocked that s**t. It was the best look, and she killed it in the Louvre!” I still don’t know what for. I told her I was so glad she wore it, and I was happy she loved it. A week or two later, I’m on my Instagram just scrolling through and [the video] “Apes**t” was on, and there she was in the MCM video. They used her in that look to promote the single, so it was on eight Times Square billboards alone. And train stations, buses, telephone booths…it was unbelievable.

Tell us more about your role at MCM.
I started working with the brand last April as global creative partner. [SVP, Global Digital Marketing & Communications] Rita Shukhman hired me to create several custom pieces for Big Daddy Kane, Rapsody, and 9th Wonder. Now I’m focused on my Misa X MCM capsule, and I continue to create for celebrities, television, and advertising opportunities.

How’s it going?
It’s amazing. What I love about working with MCM most is their integrity, their connection to hip-hop, and the heritage of the company. I love working here, because they give me the space and the freedom. They believe in me, and I believe in them. 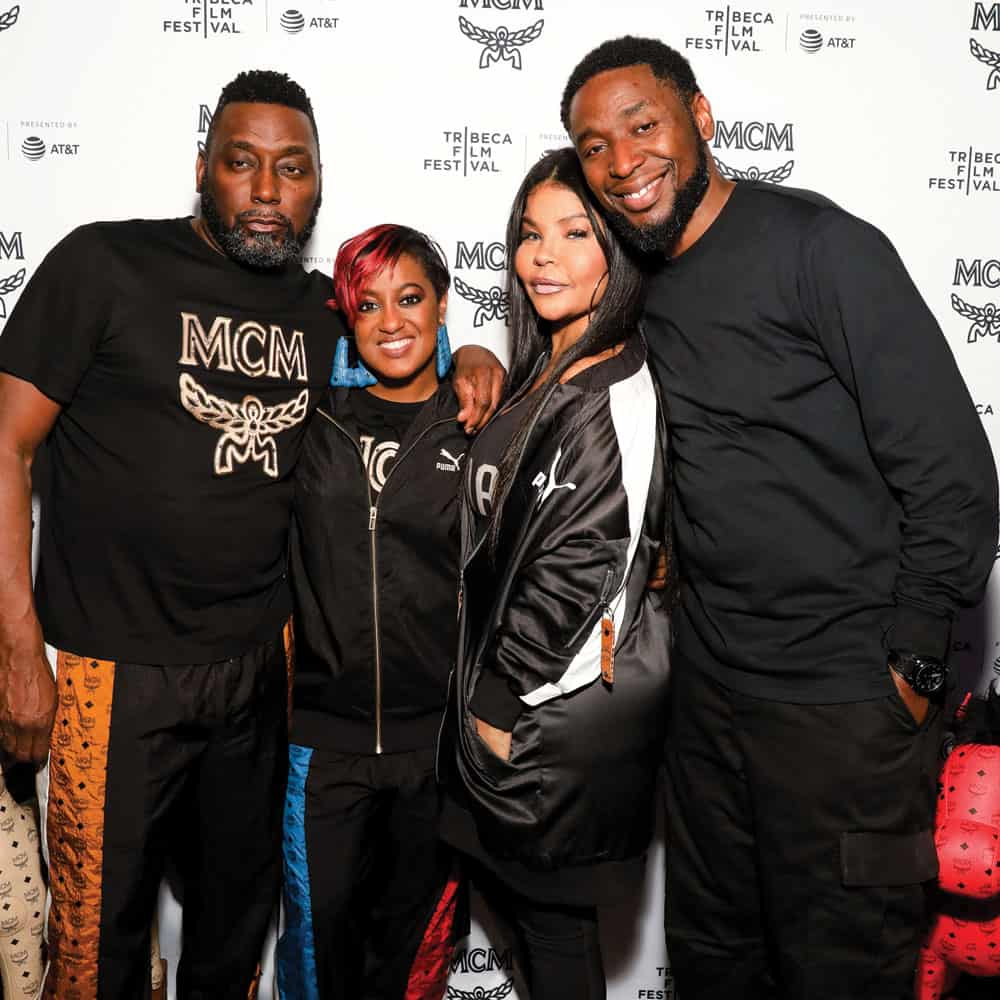 You’ve been at the cusp of new talent for a while now. Who are you excited about these days?
My son [Justin Dior Combs], who is an artist — and Niko Brim, Post Malone, Billie Eilish, Teyana Taylor, Cardi B, of course, and H.E.R. Then on the design side, I love Duckie Confetti, Magnus Juliano, and Pyer Moss.

You have a documentary coming out in April! Tell us more.
The Remix: Hip Hop x Fashion takes us on a journey of the influence of women in hip-hop, fashion, and also African-American creativity. As the guide of the film, I get to share my story of a lifetime of work and what it was like for me not only to have lived in the ’90s but to play such an important part in a lot of the iconic looks that we all remember from that time. We also get to understand how streetwear is now ruling the runways. Hip-hop started as a subculture, and now, it’s everywhere you turn, even on commercials. I’m super excited about it.

Tell us about the Misa Hylton Fashion Academy!
I reached a point where I was ready to get back in it in a powerful way. I have always been a natural teacher. I’m a mother, and I love sharing wisdom and empowering people, especially younger people. I decided to start an academy to teach aspiring fashion stylists the skills they need to get into the business and become educated. I started it in 2012 along with my co-founder Jai Hudson, and we came up with a curriculum. It’s a 10-month program with 15 – 20 students per cycle. It’s intimate. My students have had a high success rate. I’m excited to say that we are expanding this fall, and we’re offering courses in fashion technology, branding, and streetwear. 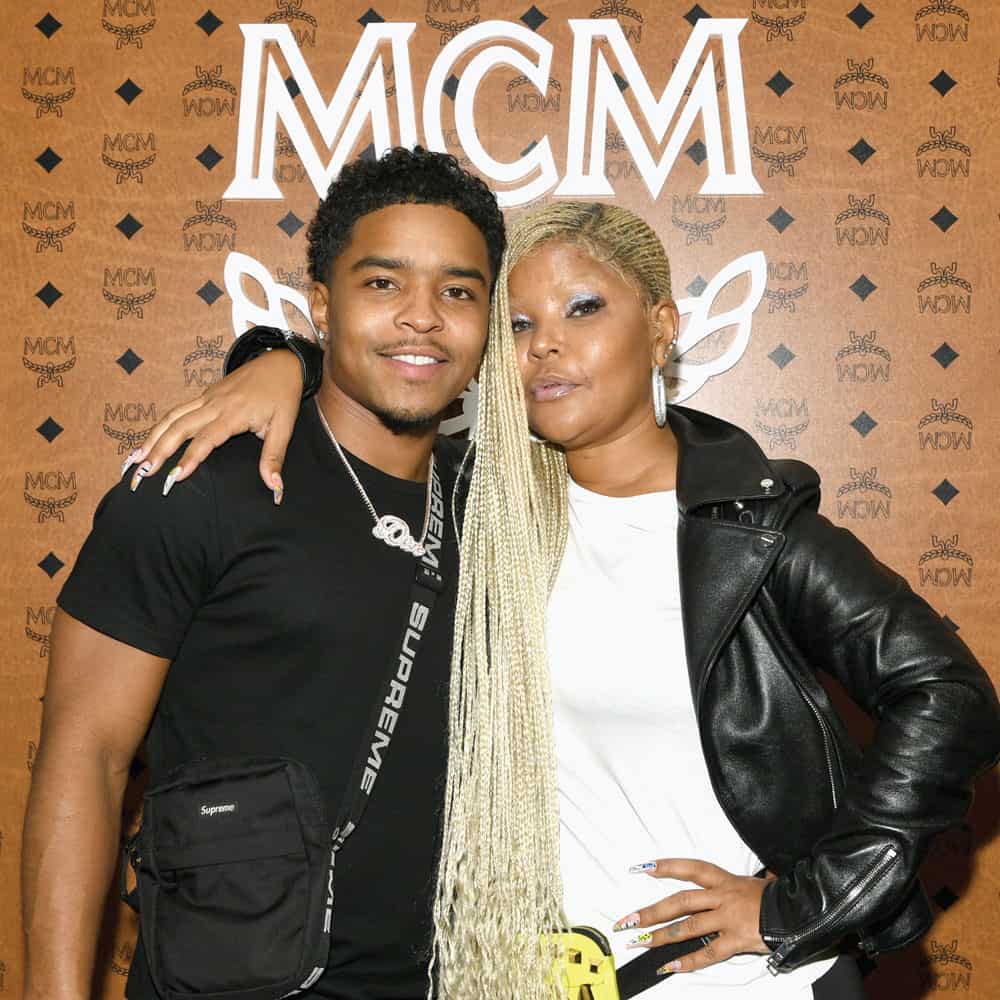 Hylton with her son

You’re also a life coach. How did that career call to you?
Misa Hylton has always been a creative. Misa Hylton has always cared about helping others. In another life I would’ve been a psychologist. You work that closely with artists to create images, they have to trust you; you become very close. This is not an easy business to navigate. I decided that I wanted to go ahead and get certified, because it was time — it was just a calling for me. My philosophy is that we have the ability to create the life that we desire. It’s a passion to help people through challenges and roadblocks and help them achieve their goals.

How would you like to be remembered?
As a kind, courageous person who took chances with her creativity — as someone who always reached back to pull someone forward.