Hearst’s Michael Clinton on the Passion That Keeps Him Moving 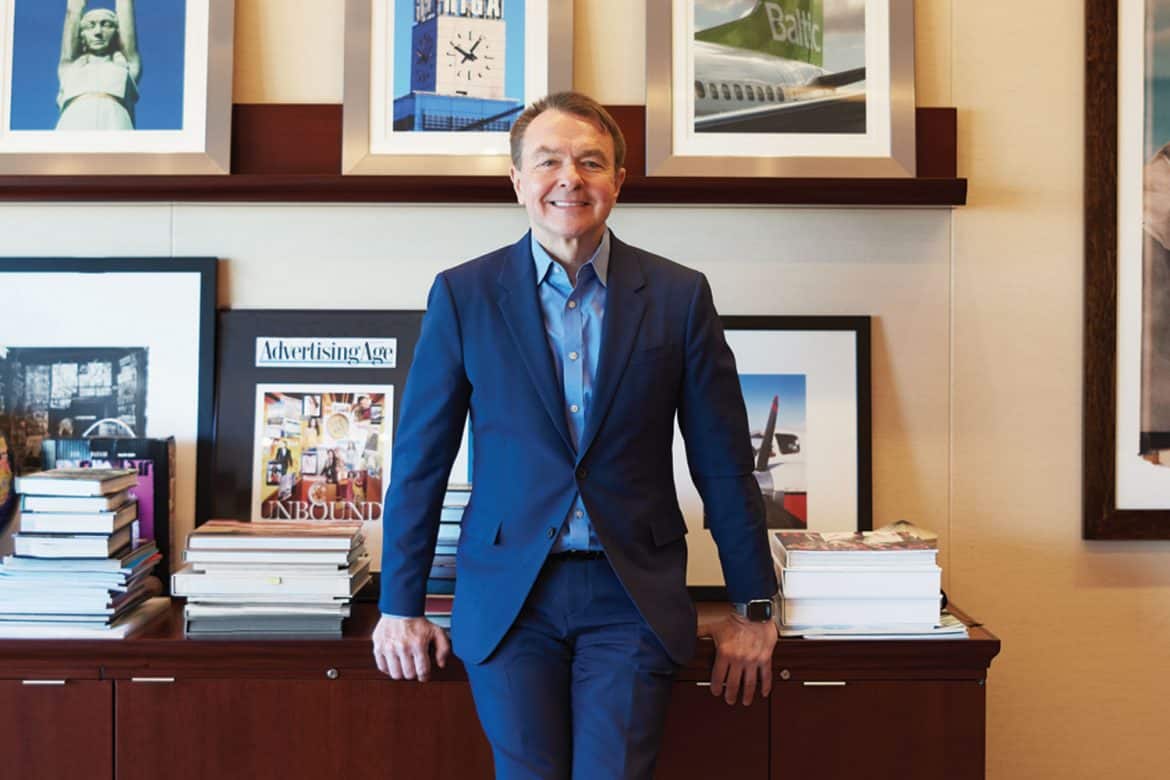 Publishing legend Michael Clnton is always developing a new creative project. His latest book, Tales From the Trails: Runners’ Stories That Inspire and Transform, focuses on one of his longtime passions — lacing up his sneakers and getting moving.

How long have you been conceptualizing this book?
When I created the goal to run seven marathons on seven continents, every time I would run, I would send out a dispatch or report back to a whole bunch of my family and friends about the experience. About the time I was on the third race, someone said, “You should compile this into a book!” You know me — right away I started thinking about how I’m going to do that.

Seven marathons on seven continents…wow!
Fewer than 1,000 people in the world have done that, so it’s a nice club to belong to. Obviously, the capstone is to run the marathon in Antarctica, which was an otherworldly experience, to say the least.

What are some of the challenges of running in that environment?
Well, it all depends on the weather. The year we ran, there was a lot of ice, mud, and water. There was a lot of concern that if there was a puddle somewhere, it could be up to a foot deep. I wore three pairs of socks, and then I lined my shoes with waterproof plastic. The year before, the weather was so bad that they had to run the race on the ship, which was boring, if you can imagine that. We had clamps, but we didn’t end up using them. You have to scrub your shoes and your clothes to make sure you’re not carrying any seeds or foreign object to disrupt the environment. It was very regulated. I think there were 86 runners that year. 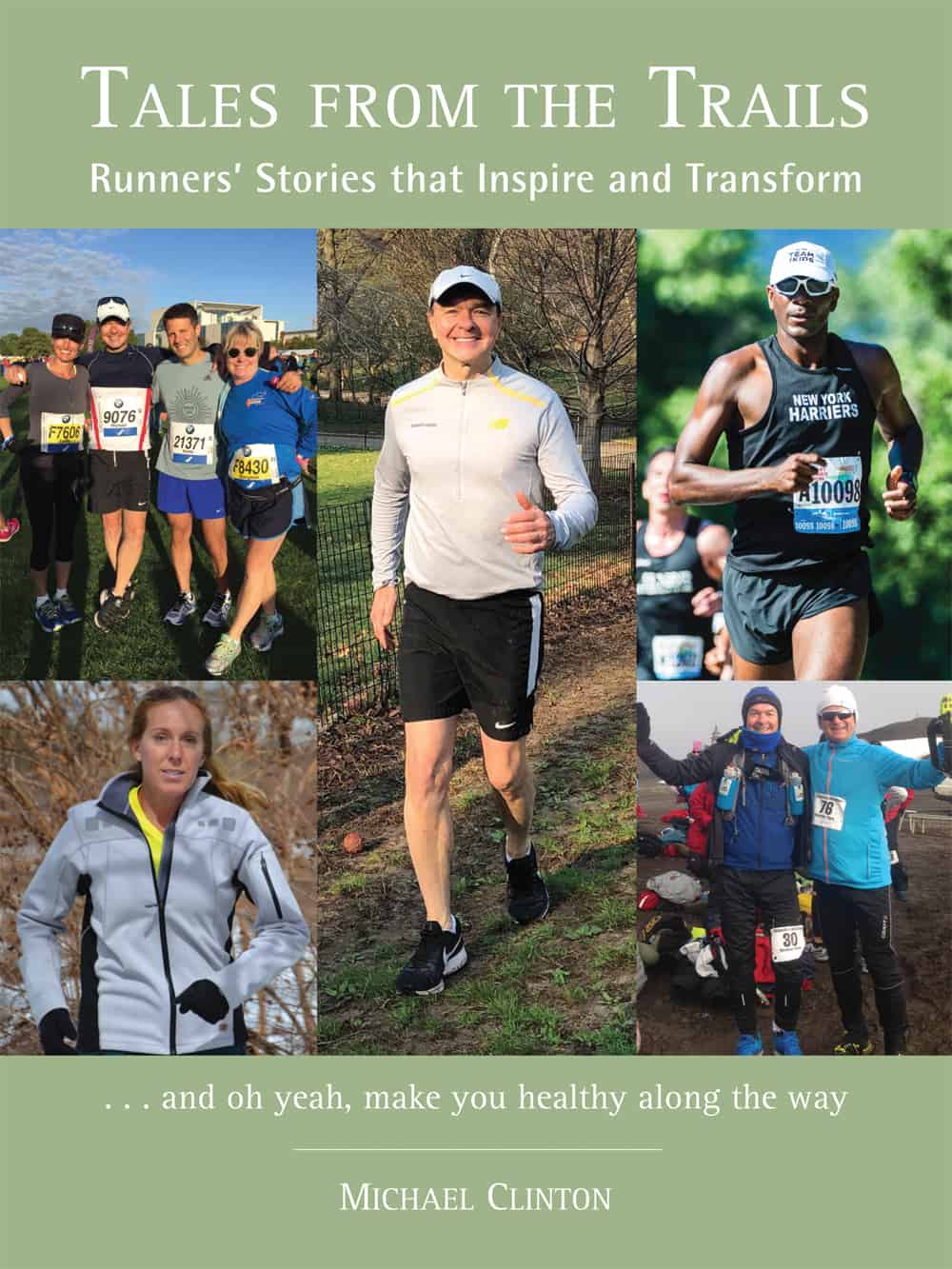 It sounds incredibly challenging. Did you know any of the other runners?
I did this with my sister. When we were in Asia, we wanted to do something a little different than Tokyo or one of the other Asian cities, so we went into Mongolia and did a mountain marathon, which is so different than a road race. It was an experience I’d never had before — running at 14,000 feet. At one point, we were literally crawling up a mountain. We also did a race in Moshi, Tanzania. It was the Kilimanjaro Marathon where you actually run to the mountain, not up the mountain. Brutally hot. There were some really neat experiences.

So how did you put the book together?
It ended up becoming a much fuller book because I wrote 14 stories and then I had 20 collaborators who wrote their own stories as well. The book is really a human-interest story about what running does to you mentally, spiritually. Not that all the stories are about running, per se.

Who are some of your contributors?
Mark Metric, the president of Saks Fifth Avenue; Jean Chatzky, the financial adviser and writer; George A. Hirsch, one of the founders of the New York City Marathon; and Lucy Danziger, the former editor of Self magazine. Each of them told their stories, and some of them were quite incredible — personal revelations on how they use running to deal with personal tragedy, personal growth, and as meditation. It ended up becoming really inspirational. That’s how the tagline came to be: “Runner’s Stories That Inspire and Transform”… and hey, running makes you healthy, too.

One of the stories is about how someone overcame an alcohol addiction through running. One story came from a man I met in Mongolia who was struggling with his sexual identity; running helped him work through that. Good, inspirational stuff. The book is for runners, people who’d like to run, people who know runners, and people who like inspirational stories.

What are the ways that running has been most transformative in your life?
Well, I would say it’s my go-to therapy. It’s my decision-making process. It’s a form of moving meditation. It’s been my coping mechanism. It’s the physical act, but it’s all those other things, too. Many runners can relate to those things. I get clarity on problems and solutions. I’ll come back from a run and I’ll have four or five things in my head that I know I want to do, and I’ll sit down and get them down on paper. Are you a runner?

I am. Your book is an inspiration, clearly! How many books have you done at this point?
This is my 10th! Isn’t that crazy? I’m doing a small book tour this fall. And in true type-A fashion, I already have an idea for my next book.

That’s great, because everyone in media needs some advice right about now!
No kidding!

Earlier this year, you announced your retirement from Hearst. What does that entail?
I’m staying on until the end of 2020, but I’m transitioning out of the day-to-day and will work in a consultant advisory role. I’m getting a master’s degree at Columbia. I’ll be running marathons — I already have Maui lined up. I’m going to Peru and Ethiopia. One of the things I was writing about in the book was that life is a marathon, not a sprint. You set up your course, but at mile 18, something could happen. You kind of go with it and hope it all plays out. Life is good.

Tales From the Trails: Runners’ Stories That Inspire and Transform arrives September 19. Read the complete new issue of The Daily Summer below!

Michael Clinton to Exit Hearst After 21...

Hearst Looks Towards The Future At Their...