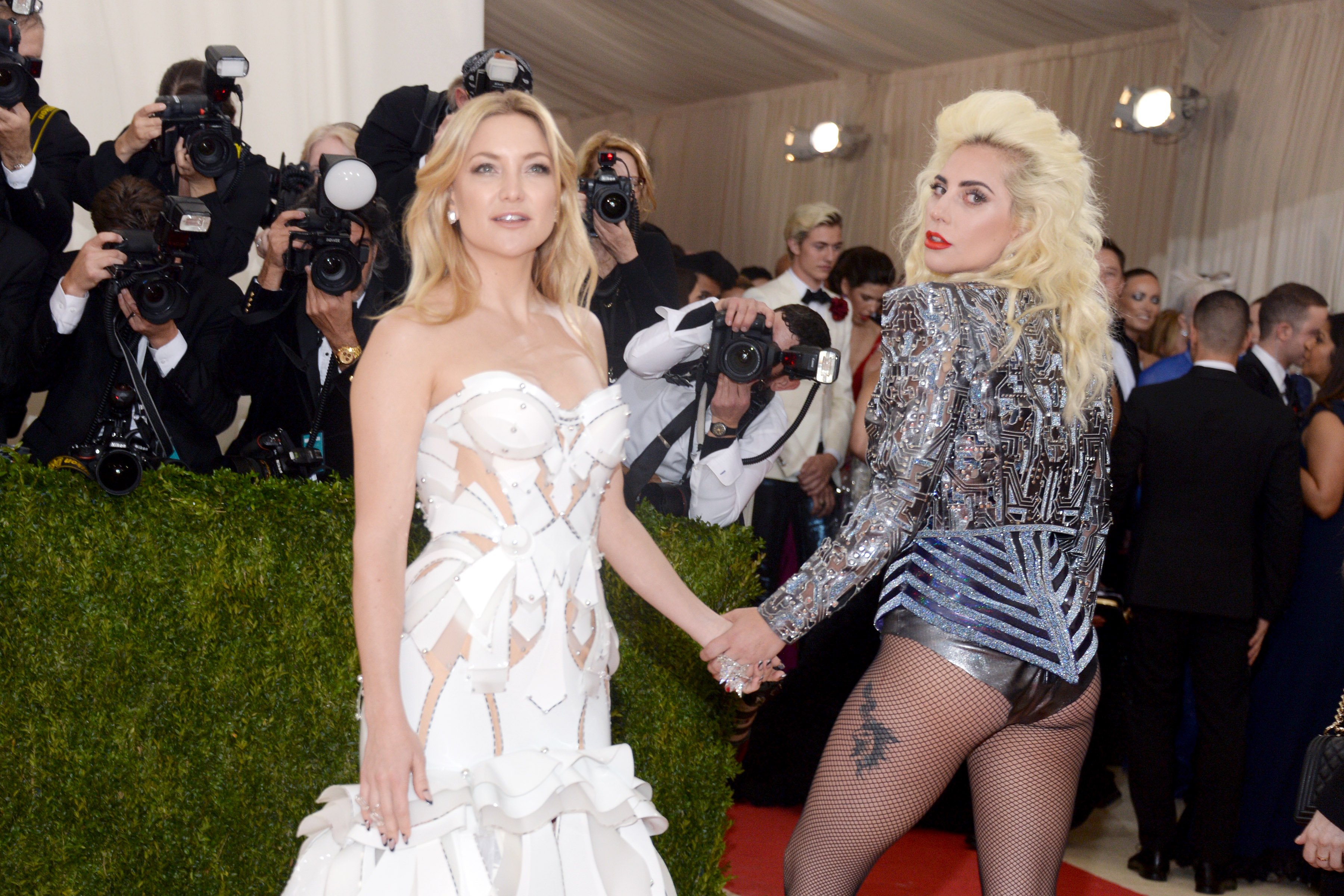 Unless you’ve been hiding under a rock, you know that fashion’s most highly anticipated event of the year happened last night: the Met Ball. This year, the Costume Institute Benefit celebrated the Met Museum’s exhibit Manus x Machina: Fashion in an Age of Technology, which explores how fashion designers are reconciling the handmade and the machine-made when it comes to haute couture and avant-garde ready-to-wear. To no surprise, Anna Wintour had a powerful—and chic—range of co-chairs, including Idris Elba, Jonathan Ive, and Taylor Swift, who hosted 600 guests worthy of wining and dining in The Temple of Dendur in The Sackler Wing of the museum. But what’s just as exclusive as an invitation inside the party is making an appearance outside on the tapis rouge, where celebs and fashion glitterati display their most creative, over-the-top, and straight-up outrageous ensembles, this year bringing particularly futuristic, edgy vibes.

One fashion house that dominated the red carpet? Versace, who dressed not just one megastar, but five! Kate Hudson had a white moment in a strapless gown with metallic stud accents and white rubber embellished with sequins. On a more avant-garde note, Lady Gaga wore a gunmetal leather jacket with Swarovski and silver stud embellishment inspired by a computer motherboard—very on-theme, non? She paired the jacket with a purple rubber and Swarovski bustier and leather shorts. Kendall Jenner took a sleek approach with a custom laser-cut velvet gown with blue Swarovski details (can you tell the fashion house is loving crystals?), paired with white satin heels. FKA Twigs, who arrived with boyfriend Robert Pattinson, chose a sheer nude gown with chain details and a nude and silver leather harness. The fifth celeb to rock Versace was Gigi Hadid’s boyfriend Zayn Malik, who wore a custom black suit with molded metal arms adorned with Swarovski crystals and Medusa details. Props to Zayn for being on his fashion game! Gigi aced on the outfit front too, wearing a custom gray/gunmetal Tommy Hilfiger gown, which landed them the cover of today’s New York Post.

Other red carpet staples included Marchesa, which dressed celebs like Nina Dobrev, Karolina Kurkova and Poppy Delevingne, and Balmain. Olivier Rousteing brought Cindy Crawford as his date, but that didn’t keep the Kardashian clan from wearing his designs—Kris  Jenner, plus Kylie Jenner, who attended the Met Ball for the first time. The reality star’s boyfriend, Tyga, was there too, but they walked separately, a trend embraced by other couples, like Bradley Cooper and Irina Shayk. More chic dates, who actually made an entrance together, included couples and designers and their muses: Nicole Kidman and hubby Keith Urban, Nicki Minaj and Jeremy Scott, Marc Jacobs and Bette Midler, Rita Ora and Vera Wang, Jenna Lyons and Lena Dunham, Peter Dundas and Naomi Campbell (Dundas’ first creation chez Roberto Cavalli was for Kim Kardashian’s Met Ball look last year), Zendaya and Michael Kors, Amy Schumer and Alexander Wang (she killed it in fire-engine red), and Jared Leto with Gucci’s Alessandro Michele. Naturally, Kim Kardashian and Kanye West graced the carpet, causing the paparazzi to go wild, as did Katy Perry and pal Derek Blasberg.

But what would a Met Ball be without a final appearance from Queen Bey? Beyoncé, who made her first red carpet appearance since the debut of Lemonade, walked with her glam squad in tow but sans Jay-Z. She showed off her flawless figure in a Ricardo Tisci for Givenchy gown, the parfait barely-there embellished number in an orange sherbet shade, a welcomed diversion from the parade of metallics. The paparazzi lost it, as expected. Madonna also opted for Givenchy, wearing a “cheeky” and rather age inappropriate look (really—the gown had cut-outs on the derrière, and also the bust area).

With another Met Ball over, we’ll have to wait until next year to see what Anna Wintour has in store for us next. Maybe a “Give Julie money” theme, jokes Julie Macklowe, or a skateboard theme, said YouTuber Casey Neistat. We shall see…