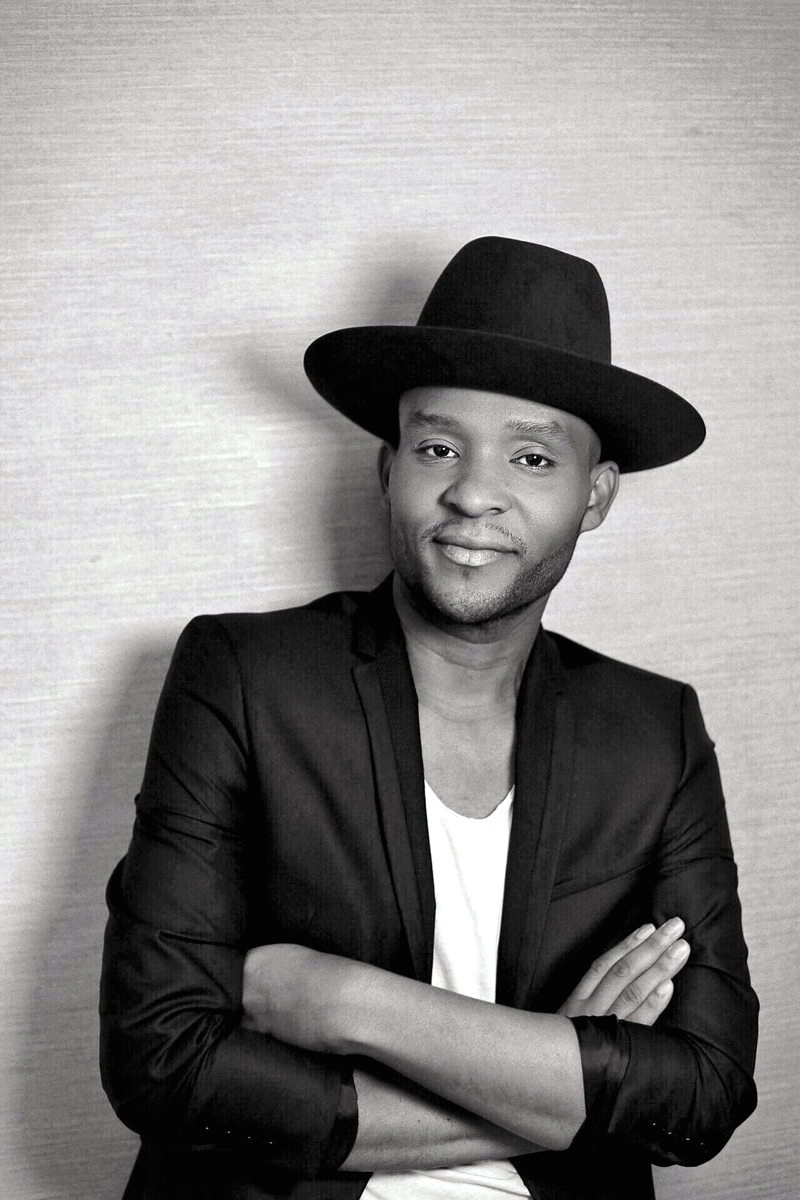 From Zendaya to Céline Dion to Ariana Grande, Hollywood’s buzziest are turning to stylist Law Roach to reinvent their looks. The L.A.-based “image architect”—a term he’s coined—speaks to building the styles of his highly visible clientele, creative-directing Daya by Zendaya, and why becoming a judge on America’s Next Top Model is such a fitting gig.

Growing up in Chicago, were you always a fashion guy?
I was born with a love for fashion. I grew up around really stylish women. I remember my mom taking her baths—she’d get out, roll her hair, and polish her nails. As a little boy, I was captivated by just the way women were, and that’s what led me into what I do now: dressing women.

How did you start your career in styling?
I never wanted to be a stylist, per se. Coming from where I came from, I never understood that styling was an actual career that people made money from, but when you have a certain love for something, you figure it out and find a way. My first taste of styling was in vintage—I used to collect and curate.

You call yourself an image architect. What does that mean?
It came from thinking about what I do differently from other stylists. I coined that term because when I get the call to work with someone, the first thing I do is research: I look at everything they’ve ever worn or done, and then I start to break down who I think they are, style-wise. When I meet with them, I want to know what they want their fashion footprint or profile to be, so I’m really building a blueprint before I get the clothes. In my mind, I’m doing the exact same thing that an architect would do prior to construction. The final product is when everything comes together and the public gets to see something I’ve built or had a lot of hand in building.

Who was your first celebrity client?
Zendaya was my first true client where we built something together. When we first started, we had synergy and chemistry—we knew that we would be together from the day we met. I’m the only stylist she’s ever had, and she’s my muse and my canvas.

How did you two meet?
It was so weird and random! I had a vintage store in Chicago, and one of her dad’s very best friends was one of my customers. She asked if I could put some looks together and they would fly me to L.A. I was there with her, and Zendaya and her dad came through the door—she was around 15 at the time and was so tall and beautiful. I was like, “Wow, she’s gorgeous!” and we all began to chat. That day, she’d been invited to Justin Bieber’s Never Say Never movie premiere. Her dad was taking her shopping for it, so his friend—my customer at the time—suggested I help her pick out her outfits. It was that casual! Zendaya and I got to the mall and broke off from everybody, and that’s how we started. It was basically about being in the right place at the right time. I’m a firm believer that the universe puts you in places at the exact moment you’re supposed to be there—nothing happens without a reason.

And now you’re the creative director of her brand, Daya by Zendaya.
As Zendaya’s celebrity grew, we felt it was time to give people who followed her a little piece of what she loves. We know each other’s boundaries, and for the most part, I call her my fashion soulmate. We’ve been so close in this space together that we know our likes and dislikes. We compromise—if she doesn’t like a certain shoe but I’m passionate about it, she’ll be like, “Okay, I’ll give you that one, but you owe me one!” and vice versa, so it’s really easy to work together. We have mutual respect for our ideas
and tastes.

How do you see Daya by Zendaya expanding?
I see it as a full lifestyle brand: children’s clothing, pets, eyewear, candles…everything!

Could you see yourself designing your own line?
The more I learn about retail, design, and manufacturing, it does make me want to do something on my own that’s totally me and my aesthetic, but it will likely be menswear. That market is changing, and men have become more fashion-forward and less conservative than what we used to be—especially the millennials.

You’ve been credited for transforming Céline Dion’s look.
Céline was following my work with Zendaya, and she was ready to switch stylists. We had a really informal meeting, and we had good energy, and she hired me. I went on tour with her this past summer—we had an amazing run in Paris where I switched up her style a little bit and introduced her to some brands that she hadn’t worn, like Vetements and Off-White, and she loved it! Fashion is supposed to be polarizing. Everybody’s not supposed to like everything you do. If that does happen, it’s boring for me.

How often are you in Vegas these days?
I love and adore Céline, but I’m not a big fan of Vegas. I’m here more than I’d like to be, to be honest, around three times a month for a couple of days at a time. We’re going to be introducing some new gowns into her show, so we’re working on that right now.

What do you do when you’re there?
I’ll have a nice meal—I went to Bobby Flay’s Mesa Grill for brunch [recently], which was really good. I love chefs—I’m kind of a foodie—so if something’s opening up here I try to sneak off and try it. I also work, do a little shopping, whether it’s for Céline or for myself, and then I really just stay in my room. I don’t gamble, and I don’t drink or party a lot, and that’s why people come here—but not me!

What’s your favorite Céline song?
“My Heart Will Go On!” Isn’t that everybody’s favorite?

How’s your singing voice?
Horrible! [Laughs] When I’m around Céline she sings a lot, so I’ll start singing along. But then I’m like, why am I even trying to sing with Céline Dion?

What have you learned from Céline?
So many lessons, but definitely her work ethic and her grace. When I first got hired and told all my friends on a group chat, one of my friends was like, “What if she’s a diva?” I said, “If she is a diva, she’s Céline Dion and she deserves to be a diva.” When I went to that first fitting in Paris, we were there for six hours and when I left my whole face hurt from laughing. She’s so down-to-earth and funny—a real person—and I learned that no matter how successful you become, just remain true to who you are. If she’s even just five minutes late to something, she’s profusely apologetic about it. She has respect for other people’s time, and it’s just amazing to see a person at her level being that humble. I hope that my success continues to rise, and I’ll always take that with me—to be kind to people, say thank you to people, and do what your mother and father taught you to be a good person. I’d still love her if she were a diva, but the fact you get that bonus of her being such an amazing mother and human being…it makes it that much better.

What was your reaction when you heard you were going to be a judge on America’s Next Top Model?
I was excited because I was obsessed with ANTM back in the day. That was something my friends and I did not miss in the first five or six seasons—it was the topic of conversation! It’s a moment for me to become a part of a franchise, legacy, and such an amazing show. Tyra [Banks] has a zest for more—she’s had all these successes as a model, actress, TV show host, executive producer, and [took courses] at Harvard Business School. She’s inspirational and aspirational—I’m just happy she knows my name and has my phone number!

What kind of perspective do you bring to
the show?
I’m really honest and emotional. I want to give those girls the best advice and critiques that I can. I may come off as mean or bitchy sometimes, but it’s not in a malicious way. It’s more like, “Girl, I need you to understand what I’m saying to you to help build your brand or be a better model!” I’m really, really invested.