Luke Eisner Is The Heartthrob You’ve Been Waiting For! 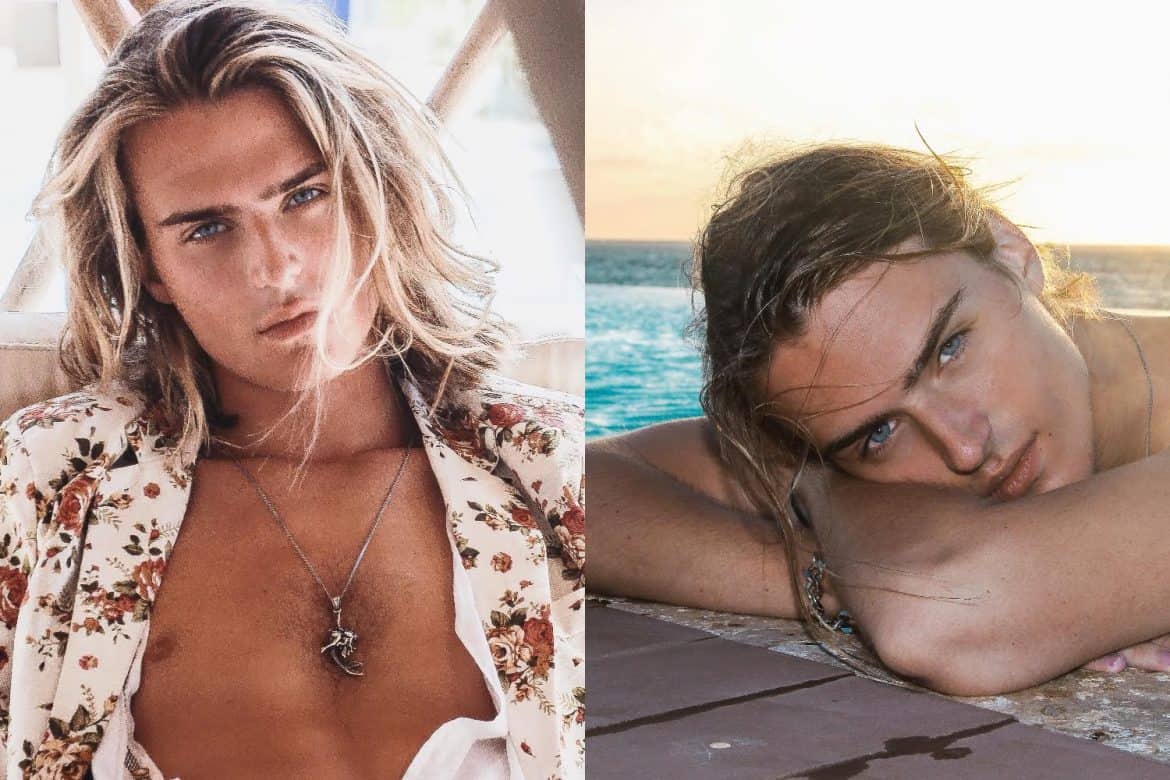 He sings! He writes poetry! He models! You might know Luke Eisner from his role as foreign exchange student Stig in the smash movie, Tall Girl, which has clocked 41 million views on Netflix and made him an instant teen idol. But there’s a lot more to this sensitive Renaissance man. Meet your new crush!

Where are you during quarantine?
I’m in Santa Monica. I’m originally from Wisconsin, but we decided to quarantine out here.

How’s it been going?
It’s been going good. I’m a musician and writer so it’s forced me to do what I love.

Tall Girl came out in September and has had 41 million views on Netflix. Did you go from being relatively anonymous to getting a lot of attention from young girls?
Yes. It got to the point where I couldn’t go across the street to Chipotle without getting recognized. It was weird for me because I’m from a really small town. It’s really nice because the movie had a good message. Every time someone recognizes me, I realize that is a young person who was exposed to something I think is very positive. They are always so young and they get really excited. It’s really nice.

Why do you think the movie resonated with that generation?
There’s so many people that were a part of the team. At the end of the day it comes down to the writing. Kids get bullied at school. I was bullied at school. Everyone I know was. It’s definitely real. 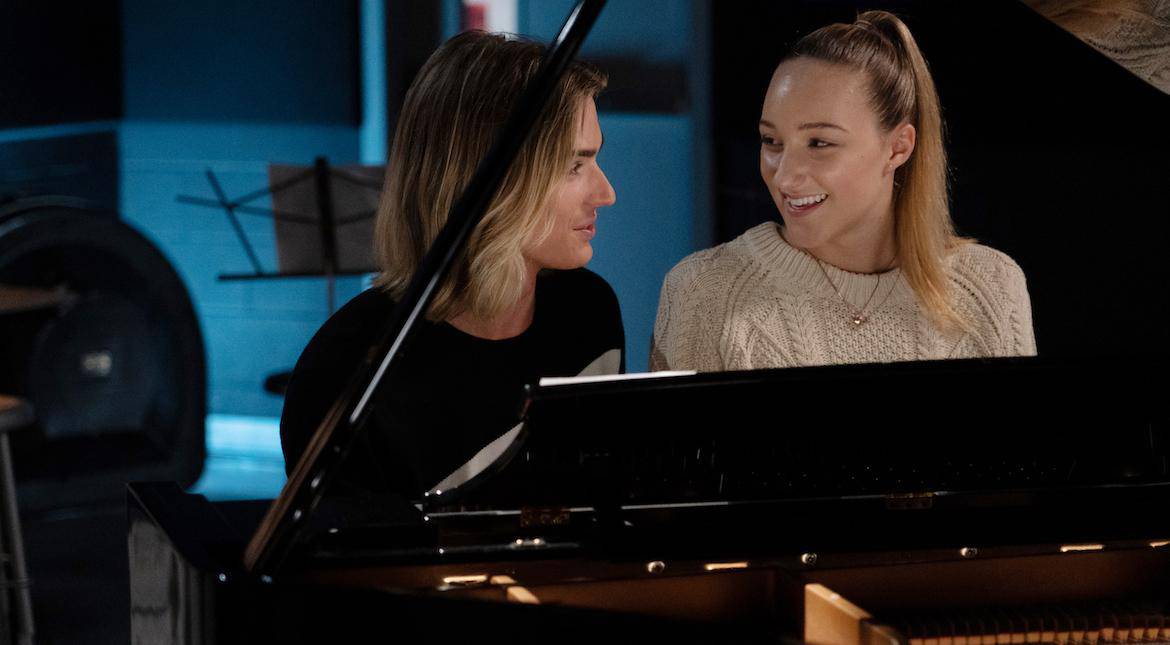 How did you end up in LA and in the industry?
I was a musician growing up and knew I wanted to pursue that. I was in the school plays. I knew I was going to go to New York or LA. I worked really hard in high school and was valedictorian. I got a good score on the SAT and got a scholarship at USC.  I moved to LA. My hair had grown out and I went to get a haircut. The guy cutting my hair asked me why I wasn’t a model. He stopped cutting my hair and sent me down the street to a modeling agency. I’m really fortunate to have a weird Hollywood dream story.

What plays did you do growing up?
The Sound of Music, 101 Dalmatians, Beauty and The Beast. Lots of musicals! Cinderella, I played Prince Charming. Blast from the past. I haven’t been asked that question in a long time!

Who did you play in Sound of Music?
Kurt. I love going to visit IMG New York so I can see some Broadway.

Very impressed that you were valedictorian in high school. What was your speech about?
Growing up in a small town, not a lot of people went out to the coasts. I gave the speech on a football field and I basically said imagine if you are lucky enough to live to be 100 and this football field represents your life. Right, we are at the 14 and 18 yard line. Whatever happens here in high school will look very insignificant when you are all the way at the other end of the field. However the next four yards, basically the next 3 years of your life will determine how you play the rest of the field. Your mistakes are relatively insignificant, but the desire and direction are very important. That was the scope of it. 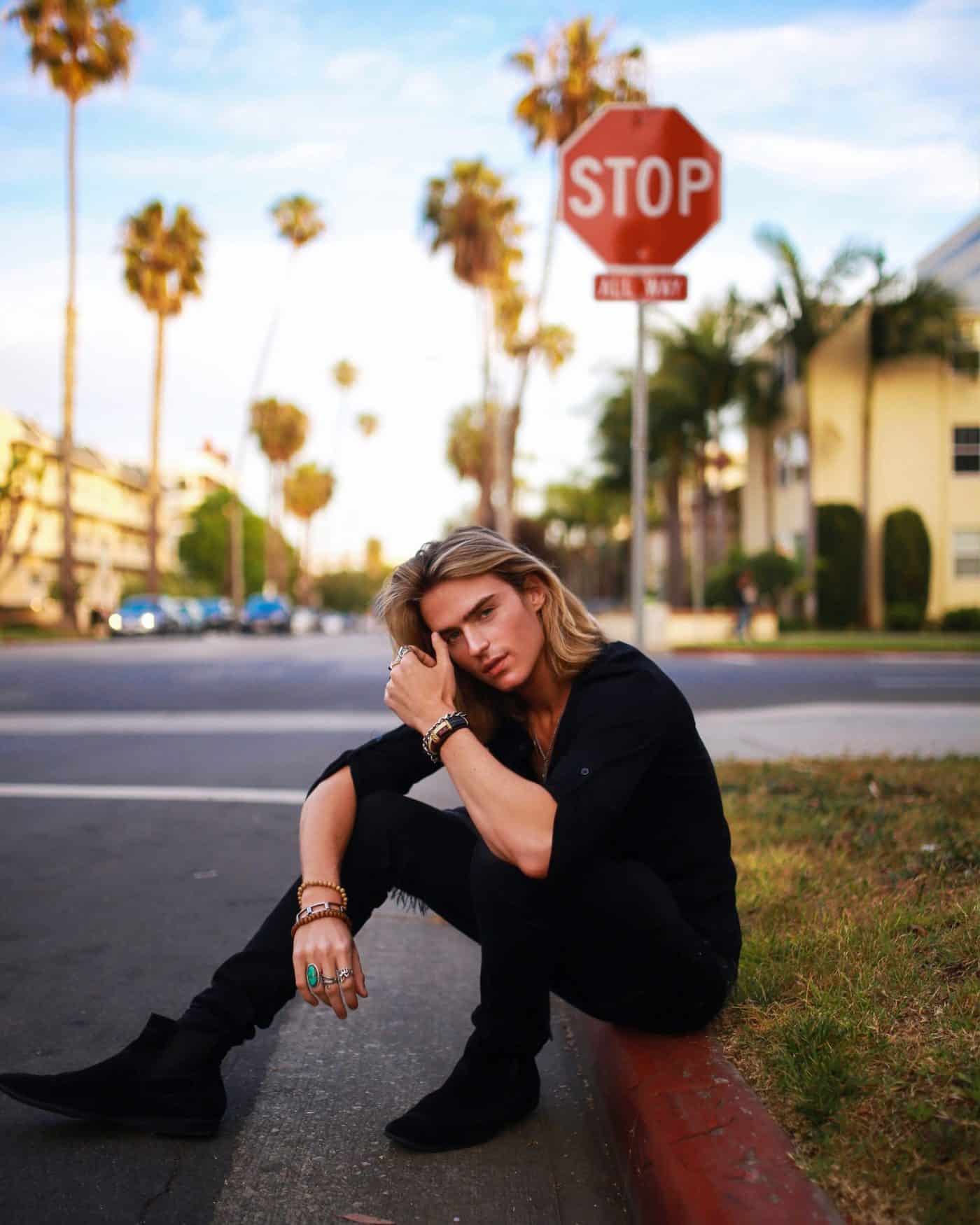 You seem like an old soul.
That’s what my father told me. I credit that with growing up in a space that was very storyteller-based. I read a lot of books. I still read all the time. I tried to stay away from social media. Storytelling is really the basis of everything.

You posted a lovely video of surprising your dad when he was in the hospital. [Eisner’s father passed away in November.] What was he like?
He was the most fantastic man I ever met. He was so charitable and so humble. I’m an only child so I’m the one who went through all his accomplishments in his life. He was the director at a homeless shelter and a domestic violence shelter. He won the silver medal award from the United Nations for  his work in domestic violence. It’s a legacy that I want to continue. He was an exceptionally caring man. A beautiful man.  He was 100% my best friend. He’s a huge reason why I do everything I do. He was such a big supporter of everything I do. He was able to see the movie before he passed and he was able to see the billboard in Times Square. He left on a good note knowing I was going to be all right.

Swipe right ➡️ This is why I always say to call your mom! I called my dad the other day and he seemed like he could use some cheering up. So, I hopped on a red eye to surprise him. I love this man so much. What a great father. Tears of joy. He may have cancer but cancer doesn’t have him! Thanks to the nurses at froedtert hosptial for helping me with the disguise… he definitely didn’t expect it x my mom was a champ on the filming.

What are you going to do to help domestic violence?
Obviously during quarantine domestic violence has gone up tremendously. You also have young couples who are stuck together for the first time and there’s a lot of volatility. I’m working with a few different organizations that promote guidance for younger people. Here in LA, I’m working with the Good Shepherd Domestic Violence Shelter and in Milwaukee, the Milwaukee Rescue Mission, which is a homeless and domestic violence shelter. I also work with Day One. They work with younger kids. I think they are fantastic.  Here [in LA] they are struggling because there are cases of COVID-19 in the shelters, but there are still people that need to be admitted. The silver lining to this whole thing is domestic violence is being brought to the forefront in the media.

How did you end up signing with IMG Models?
I was in LA and worked on an American Eagle campaign. They invited us to New York to ring the stock exchange’s bell. It was my first time in New York and Times Square. My billboard was there. I remember getting out of the cab seeing it and I was so embarrassed being on such a big thing that I got back in the cab. I didn’t want to see it. I had a meeting that morning with IMG at 11 a.m., but I had the time wrong because I was on LA time. Ten minutes before the meeting I got a text from my agent asking if I was at the IMG office yet. I thought it was three hours later. I was in swim trunks and flip flops walking around the city. I ran there and I was so embarrassed being in swim trunks. They still signed me, but I was very embarrassed!

You did the Ralph Lauren anniversary show. What was that like?
I remember walking down the steps thinking, “That looks likes Steven Spielberg. That looks like Oprah!” And then I realized, “Oh my gosh! It probably is them!” It was a beautiful thing. 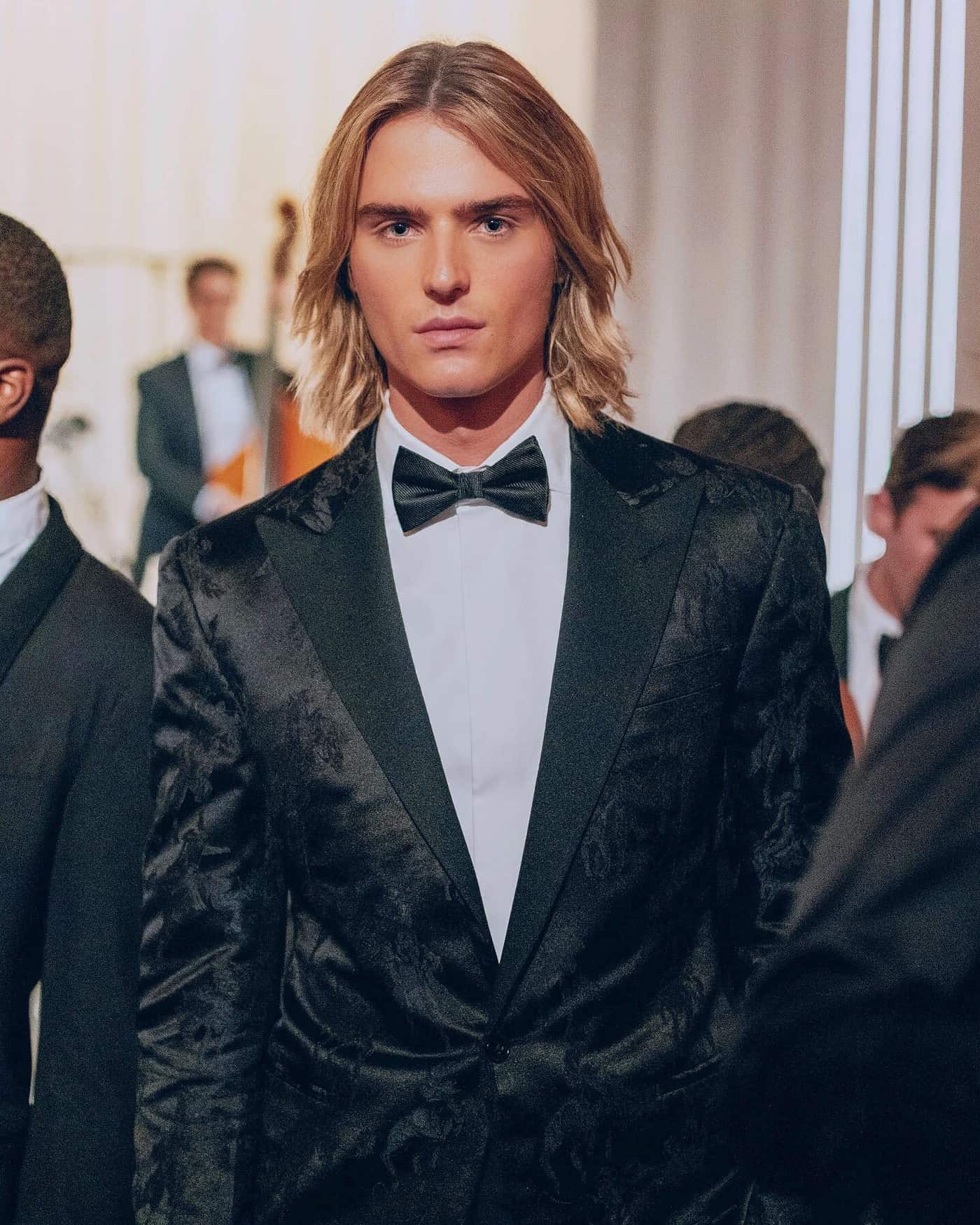 What’s your next big acting project?
I have something coming out that I can’t talk about. I have Family Reunion, which is out on Netflix. My band, VOILÀ, is releasing an album this spring. I’m pushing on all fronts; doing a lot of writing.

What kind of book do you want to write?
I just finished a poetry book. I always fall in love with romantic stuff. I like Nicholas Sparks. I’m definitely in the romantic space for sure. I also want to do children’s books. I do them with my godson. I’ve been trying to flesh them out during quarantine. 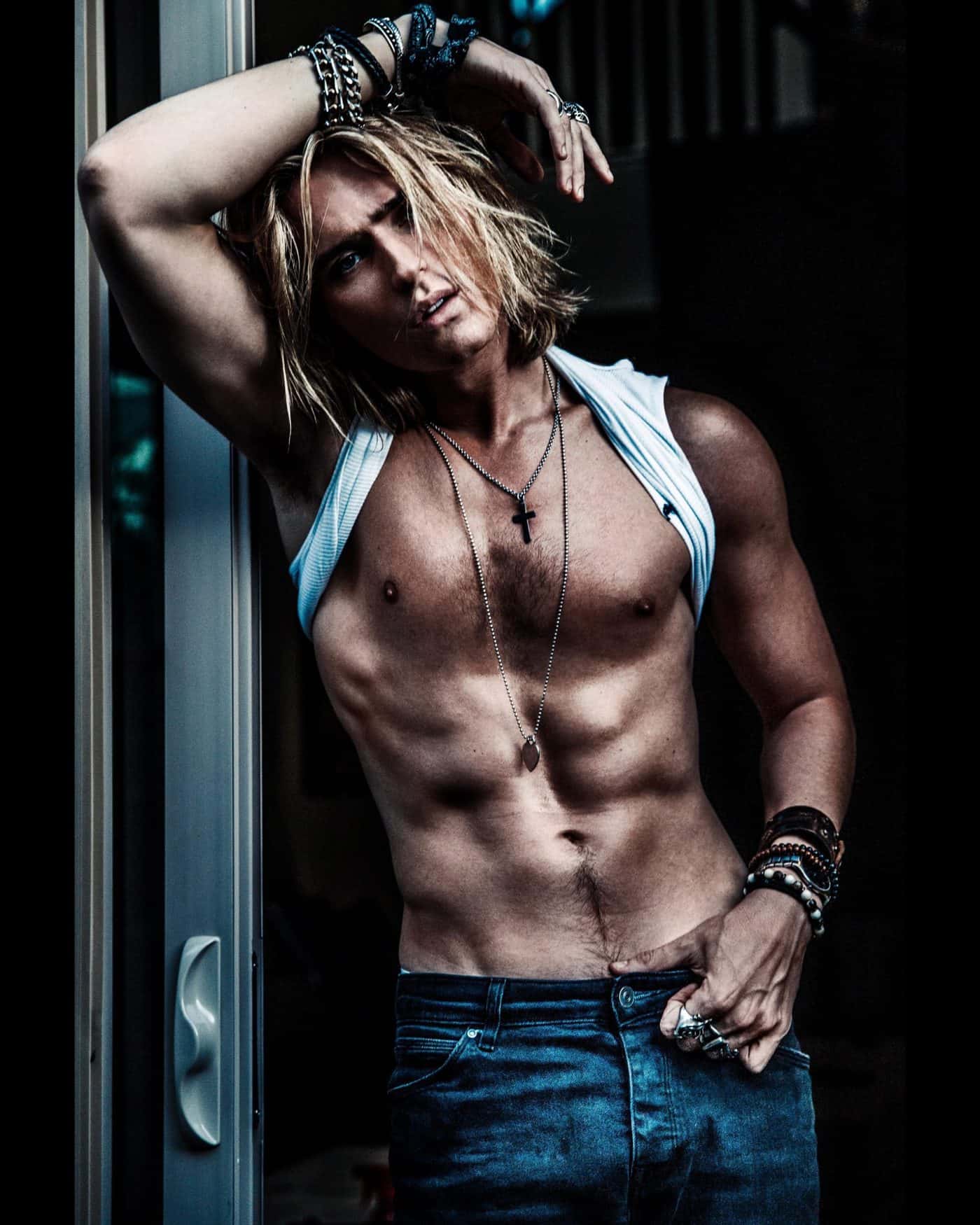 How RHUDE’s Rhuigi Villasenor Is Keeping Things Interesting In Quarantine

10 Chic Additions For Your Workout Wardrobe

Loved the story on like! He’s definitely a great soul.

Such a wonderful interview! Luke you have always been a star, I am excited to see you shine!!