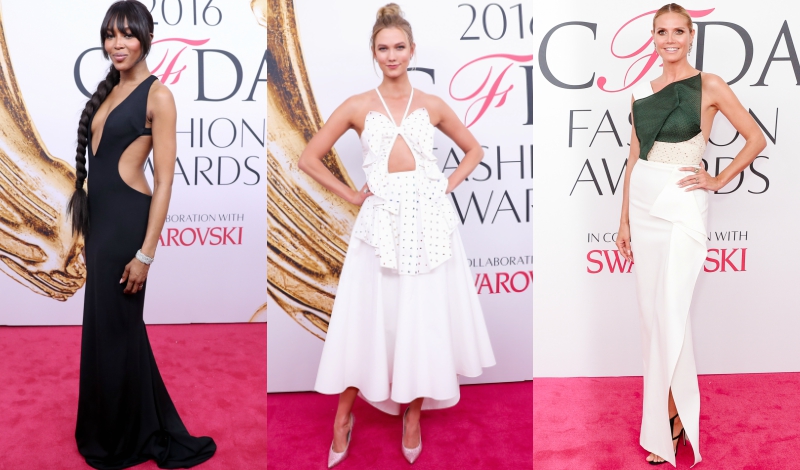 Last night, designers and their muses—think celebrities, models, and more celebrities—gathered at the 2016 CFDA Fashion Awards in collaboration with Swarovski. The highly anticipated event departed from its previous location at Lincoln Center’s Alice Tulley Hall to its new digs at The Hammerstein Ballroom to celebrate all-American fashion. “American fashion is an engine of this country. Besides the fact we all have to get dressed every single day, or else we’d be in jail, it’s a $350 billion industry,” the CFDA’s Steven Kolb told us. “It’s an important business but it’s also fun and creative with opportunities for people to express themselves and be artistic and creative. It’s a really good example of freedom and commerce sitting together in a natural way.”

The eve was hosted by comedian and television host Joel McHale, who got his feet wet with this fashion crowd. “I’ve never hosted a fashion event anywhere close to this,” McHale told us on the red carpet. “When you have two shows on TV that get cancelled, you’re ready for the CFDAs! No, I really don’t know. I don’t know what they were thinking.”

On the outfit front, there was no shortage of well-dressed attendees. Many showed up wearing Michael Kors Collection, including Rosie Huntington-Whiteley, Adriana Lima, Alessandra Ambrosio, Julianne Hough, and Ashley Graham, while Karlie Kloss and a pregnant Olivia Wilde wore Rosie Assoulin, and the designer embellished Kloss’ white cut-out dress with Swarovski crystals, a fitting touch, given the mod’s new gig with the company. “I love wearing Swarovski. I feel like when the light hits, I just light up,” Kloss told us. “This is one of Rosie Assoulin’s brilliant creations—this was really all her. I love everything she does. The way she thinks about silhouettes, it’s very feminine and strong but sexy and elegant, too.”

Another celeb who raved about her designer date of the night was actress Jessica Chastain, who attended with shoe designer Paul Andrew. “I got a pair of his shoes in Toronto while I was working there. I loved them so much that I took them to Cannes with me three to four years ago, paired them with a dress and wore them for a press conference. Then I wore them to a photo-shoot. We met afterward—I was very happy to meet him. I think he’s super talented.” 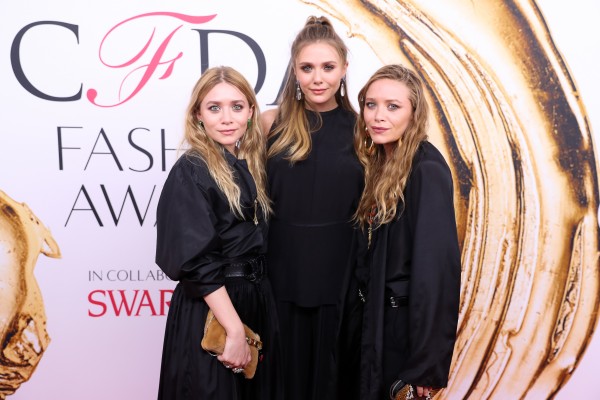 Mary-Kate and Ashley Olsen walked the carpet with their sis Elizabeth in matching all black (of course), and posed for a shot that is the ultimate family portrait. Also showing up in threes was Christian Siriano, Alicia Silverstone, and Selma Blair, who dressed the actresses in designs from his Fall 2016 collection. “Alicia wanted to be more glamorous, sexy, and elegant. Selma was more androgynous but cool and fashion-forward. I think they fit their personalities,” Siriano said. “You have to invite people who you love and want to hang out with because it’s a long night.” Selma added: “I love what I’m wearing! Christian is so versatile but I can always tell when it’s his.”

Because the evening honored Alessandro Michele of Gucci for the International Award, we had to ask some of our faves why they think people are so obsessed with the Italian designer. “I think because he has the courage to go his own way, from the people who back him and believe in him. You can’t have one without the other,” said Vera Wang. Menswear designer John Elliot, who told us he hoped to meet Michele at the event, also weighed in: “He did something unexpected. When he first presented and his take on romantic ’70s, you didn’t really expect that from a house like Gucci. To see how his aesthetic has evolved, it seems like he has a wealth of ideas. It’s really beautiful and inspiring. I’d like to shake his hand.” So do we! 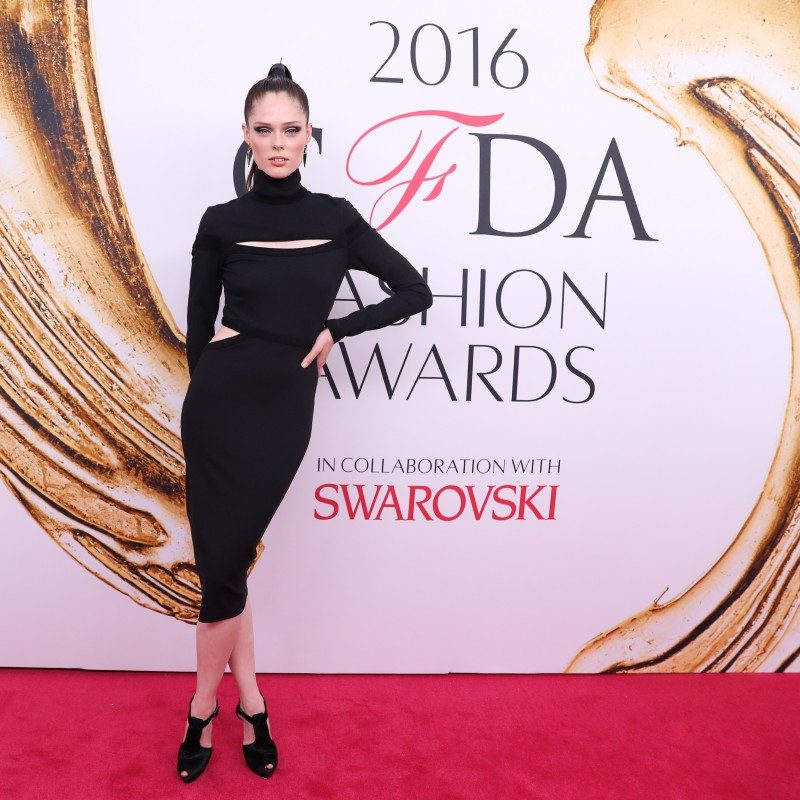 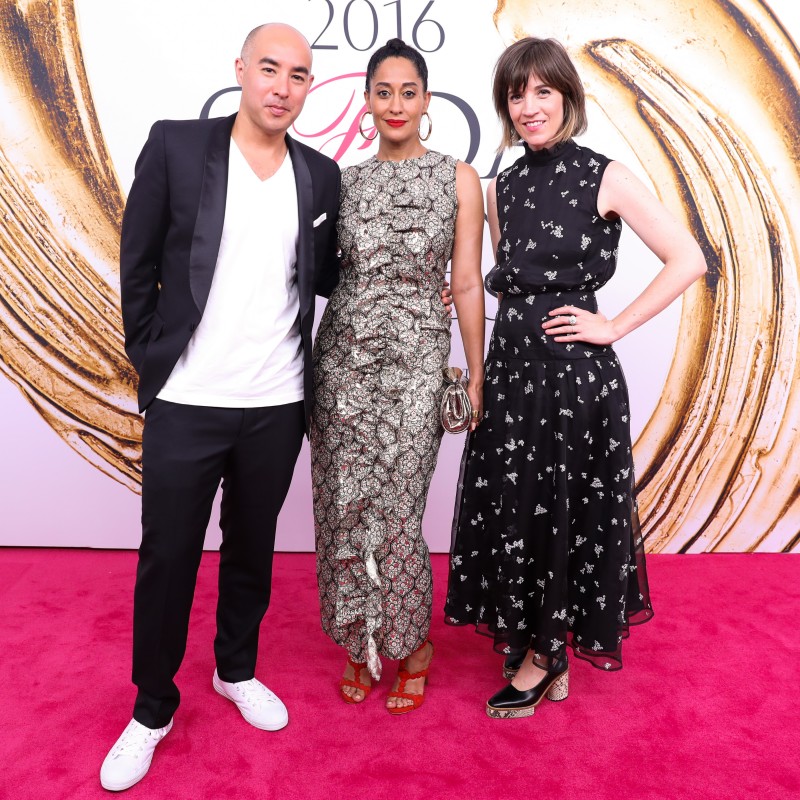 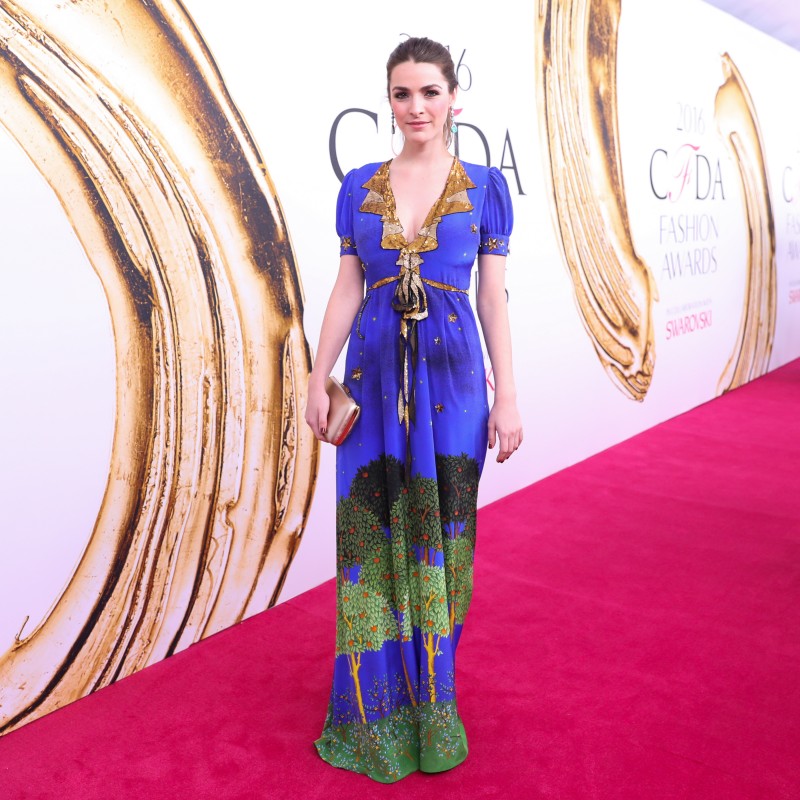 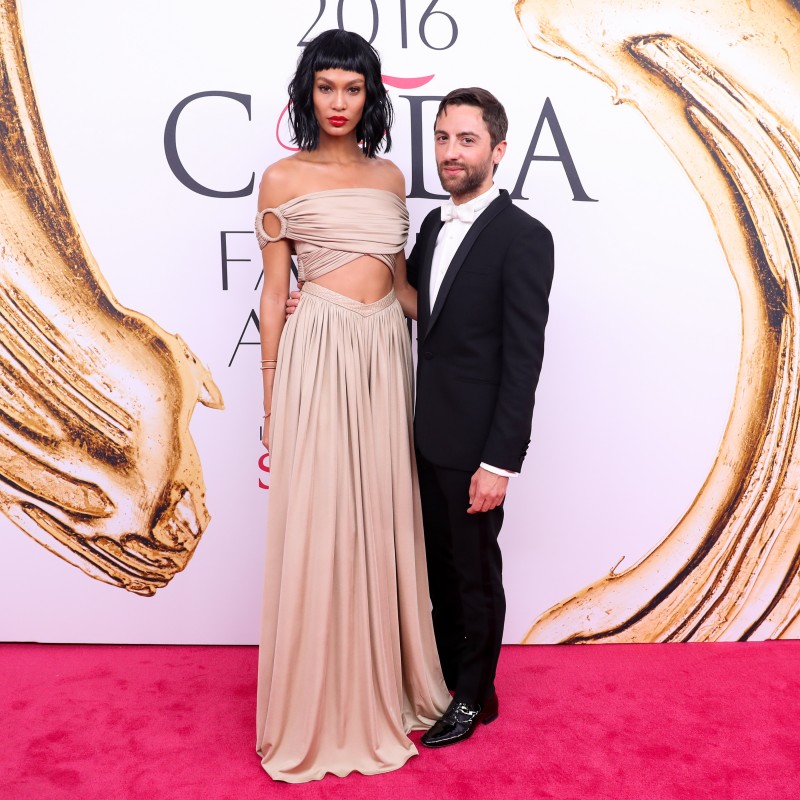 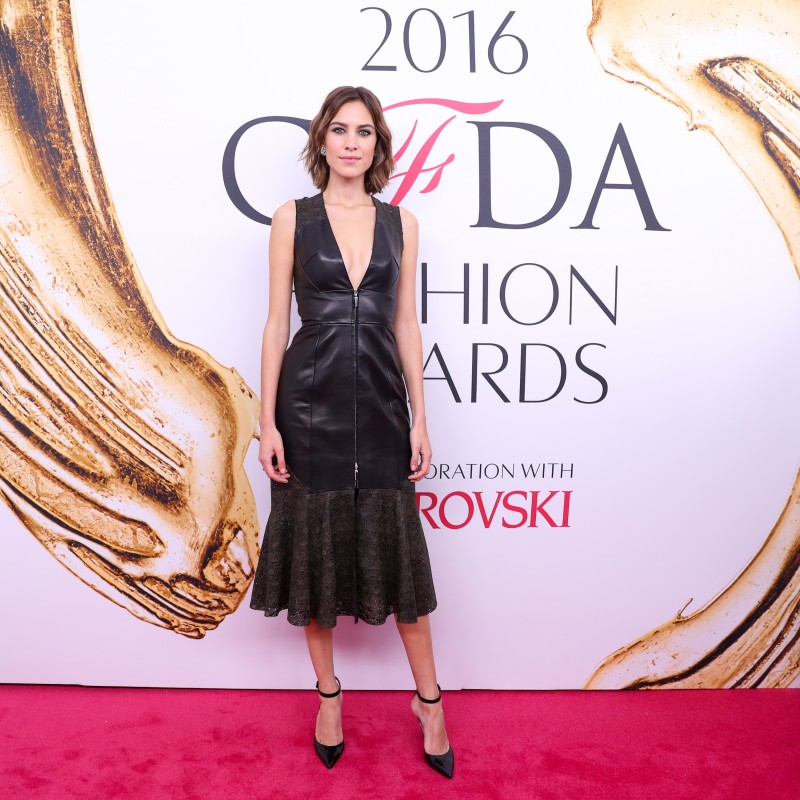 The 7 Best Moments from Inside the 2016 CFDA Awards