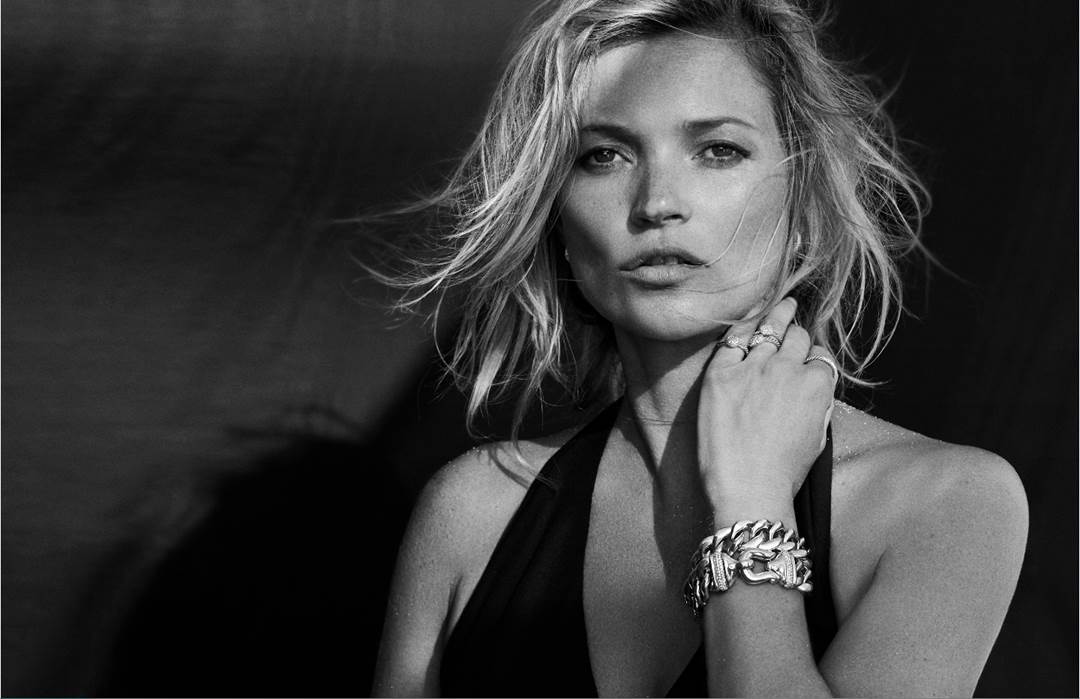 An anniversary campaign of sorts: It’s been a decade since Kate Moss first posed for a David Yurman campaign, lensed by Peter Lindbergh. Now, she’s fronting another David Yurman campaign, with Lindbergh yet again capturing that je ne sais quoi allure of Kate that has captivated the fashion industry for so long. The Fall 2014 campaign will launch this August. Entitled “Enduring Style,” the campaign will focus on David Yurman’s signature pieces, as well as select new collections. “The fall campaign is about a return to the classics,” said founder and CEO David Yurman in a press statement. “Our jewelry has evolved, but the style is always timeless. We chose Kate because she is iconic, sophisticated, and rock and roll all at the same time.” Last season, a very different Kate fronted the Yurman campaign: Kate Upton‘s voluptuous looks landed her the Yurman spotlight. But no one could be more perfect for a campaign entitled “Enduring Style” than Moss, non?