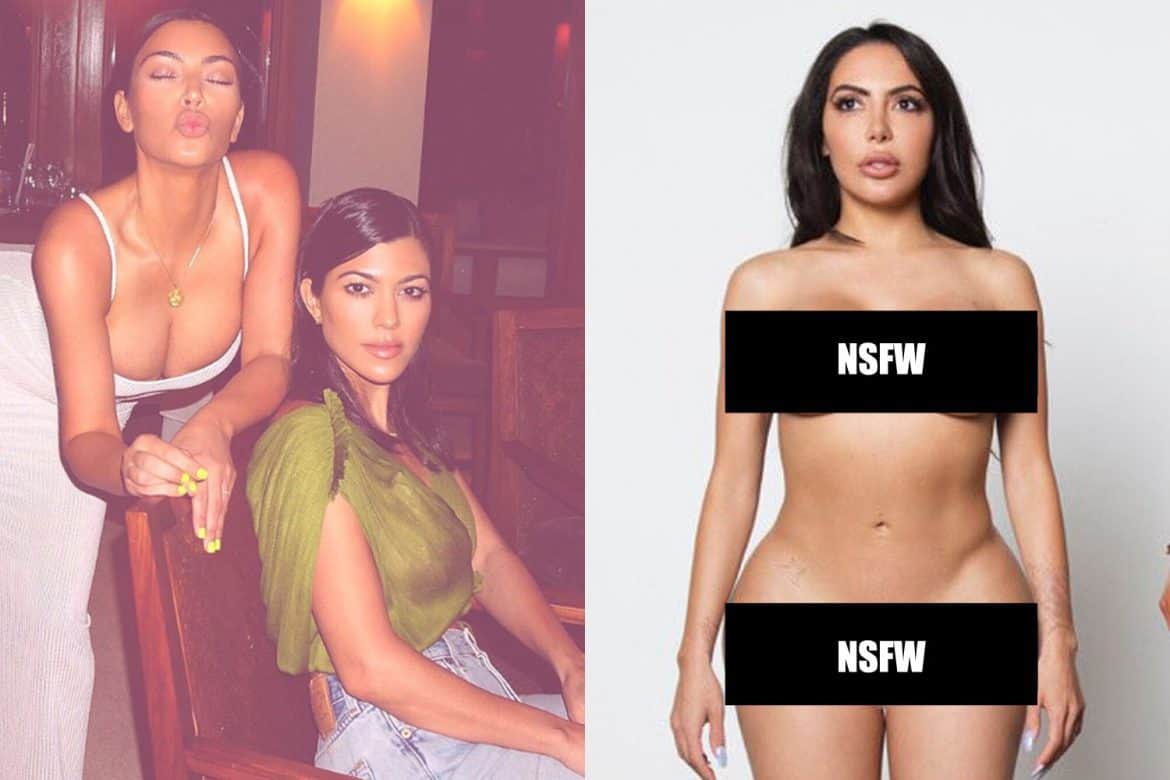 Kanye West tweeted up a storm last night, dropping dozens of new campaign images for the latest colorway of his Yeezy Desert Rat sneakers. That color, by the way, is beige. Try to contain your excitement.

Among the many photos was this barely-blurred full-frontal shot.

Is it just me or does the model on the left look like a long-lost Kardashian sister? Sort of a cross between Kourtney and Kylie.

Here is another photo of the same model — this time wearing actual clothes — looking like a dead ringer for Kourtney. You know, if Kourtney found herself in the midst of an existential crisis while doing a runner’s stretch.

The rest of the campaign features adolescents and adults in various states of undress staring blankly at the camera or gazing dazedly off into the distance.

Including this one of two topless women with Kim-esque platinum wigs.

So, yeah, there you have it. A bunch of photos of sometimes-nude people, some of whom kind of look like the Kardashians, wearing beige Yeezy sneakers you had perviously only seen in some other shade of beige. Now you can officially start your day. You’re welcome!

Carmen Sol Launches Their “Be Jelly!” Campaign in SoHo