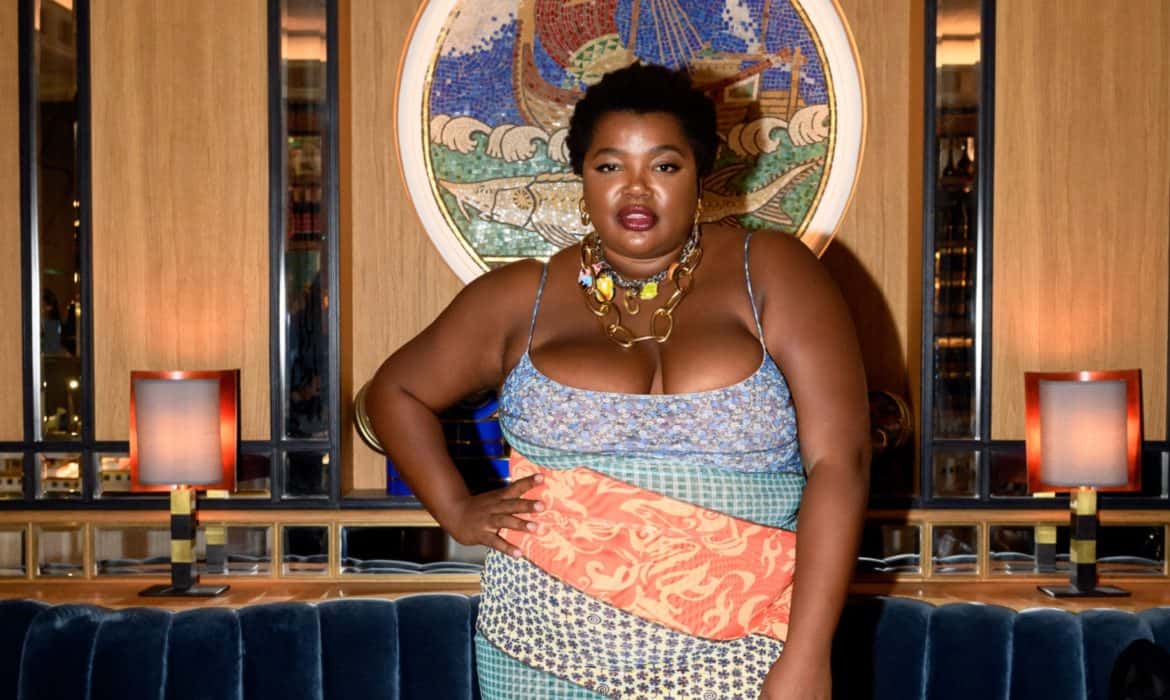 After his widely-condemned PFW show on Monday evening which promoted ‘White Lives Matter’ slogan sweatshirts, Ye has further found himself in the firing line of the fashion industry after he bullied stylist Gabriella Karefa-Johnson on his Instagram account, which is followed by over 17 million people. Post-show, the trailblazing stylist—who counts being the first Black woman to style a Vogue cover among her many resume high points—wrote on Instagram: “Indefensible behavior. There is no excuse, there is no art here.” (The quote was also used by the New York Times’ Vanessa Friedman in her review.) As a result, Ye posted a screenshot of the fashion editor’s account to his grid, followed by two subsequent pictures mocking her outfit and accompanied by captions such as “This is not a fashion person You speak on Ye Ima speak on you Ask Trevor Noah” [sic] and “I KNOOOOOOW ANNA HAAAATES THESE BOOTS.” In response, numerous fashion editors and industry figures slammed Ye in his comments. Gigi Hadid, who collaborates frequently with Karefa-Johnson, wrote: “You wish u [sic] had a percentage of her intellect. You have no idea haha…. If there’s actually a point to any of your shit she might be the only person that could save u. As if the “honor” of being invited to your show should keep someone from giving their opinion ..? Lol. You’re a bully and a joke.”

[EDIT: Vogue’s official Instagram account later shared a post in solidarity with the fashion editor, stating: Vogue stands with Gabriella Karefa-Johnson, our global fashion editor at large and longtime contributor. She was personally targeted and bullied. It is unacceptable. Now more than ever, voices like hers are needed and in a private meeting with Ye today she once again spoke her truth in a way she felt best, on her terms.”

Gabriella Karefa-Johnson is an incredibly talented and thoughtful person, and the fashion industry is lucky to have her.

Loved seeing the industry rally around Gabby at Miu Miu today. She says she hasn’t been looking at her phone.

This is and has always been a Gabriella Karefa-Johnson stan account. https://t.co/ISayi1fJBN

Gabriella Karefa-Johnson IS the fashion industry.

We stan Gabriella Karefa-Johnson in this household!!

deeply embarrassing of that man to say anything about gabriella karefa johnson like she hasn’t given us hit after hit after hit pic.twitter.com/rwSZzzxTSi

Gabriella Karefa-Johnson could very well be Editor in Chief of Vogue in the near future, I wouldn’t piss her off

Form an orderly queue, folks: Kaia Gerber’s inaugural 30-piece collaboration with Zara is landing in stores and online today. And, if you’re in any way influenced to reach for your wallet thanks to the campaign styled by Karl Templer and photographed by Fabien Baron, it’s best not to delay. With modernized and youthful tops starting at $30, classic knits from $70, wear-anywhere dresses in the $90-$170 range, and eternally elegant coats from $190—not to mention accessories, shoes, demin, and more—shop it while it’s hot right here. 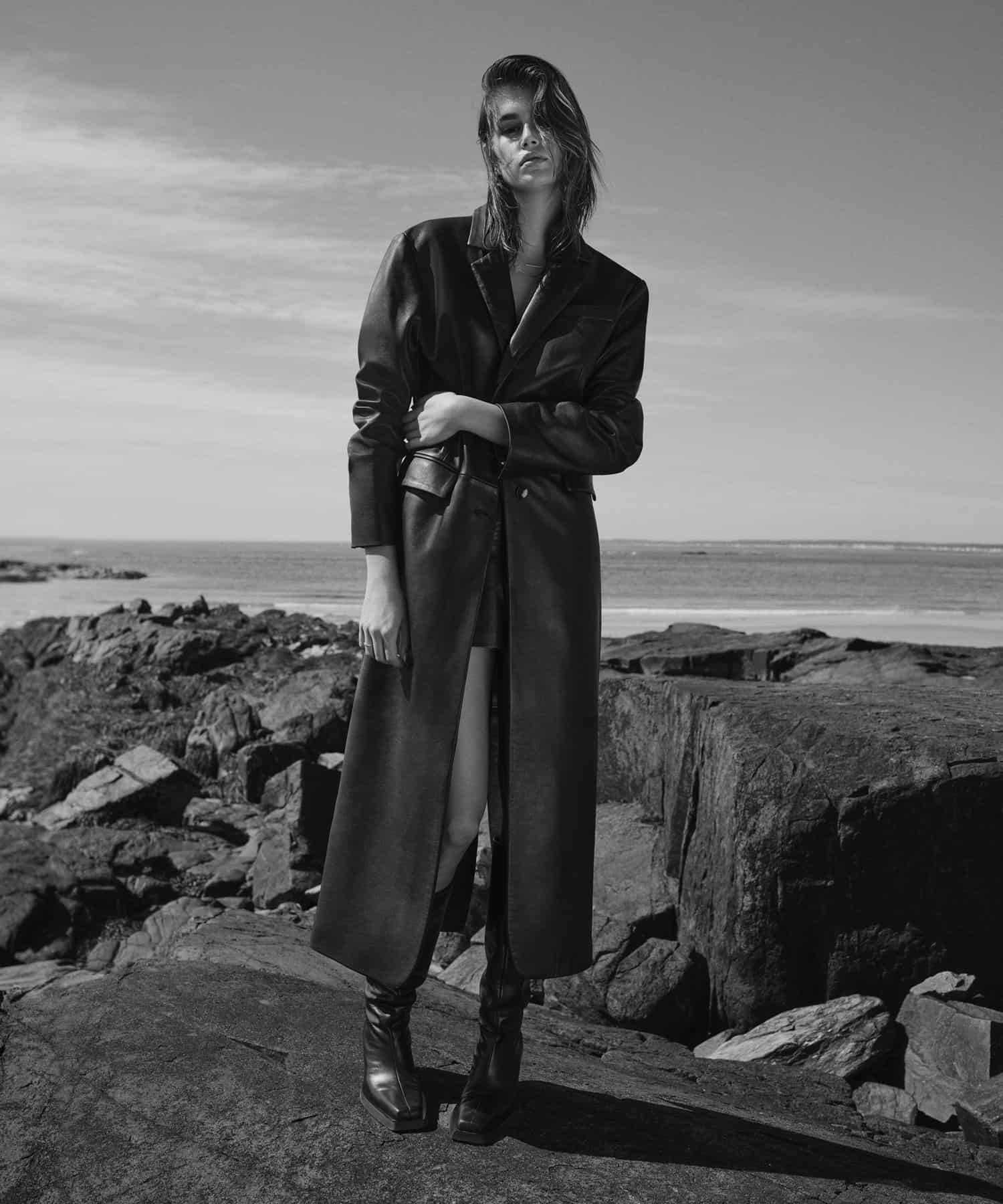 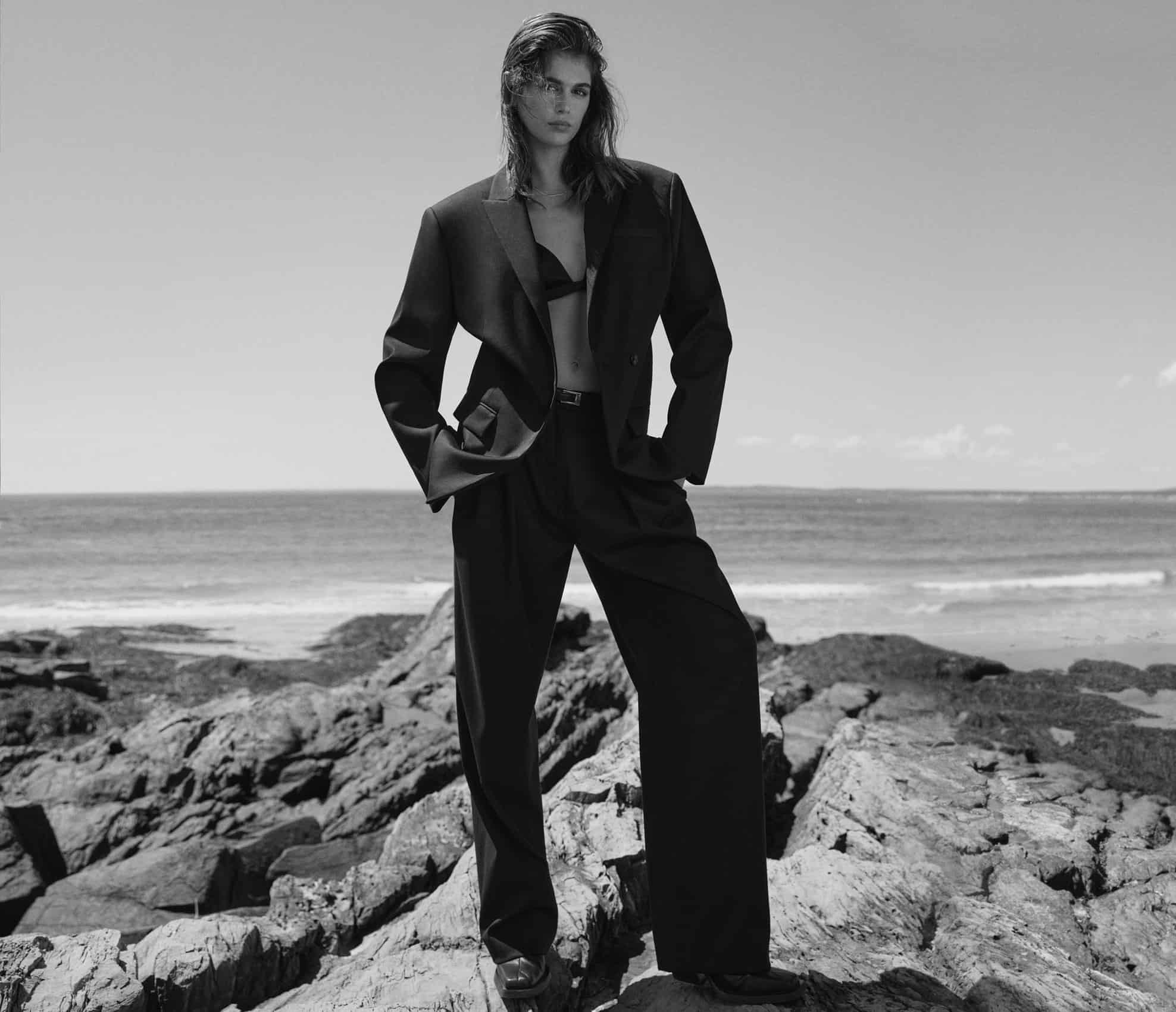 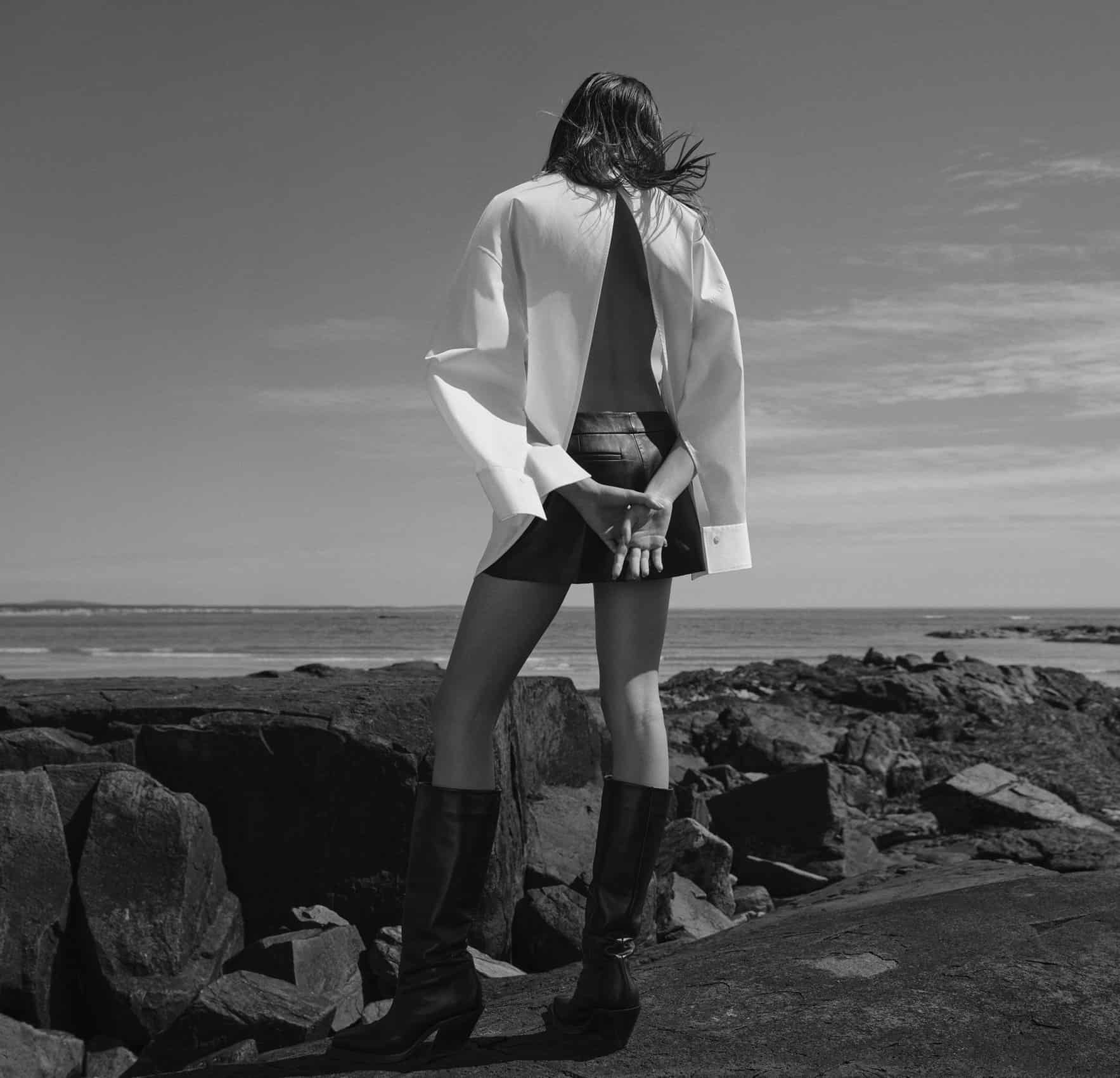 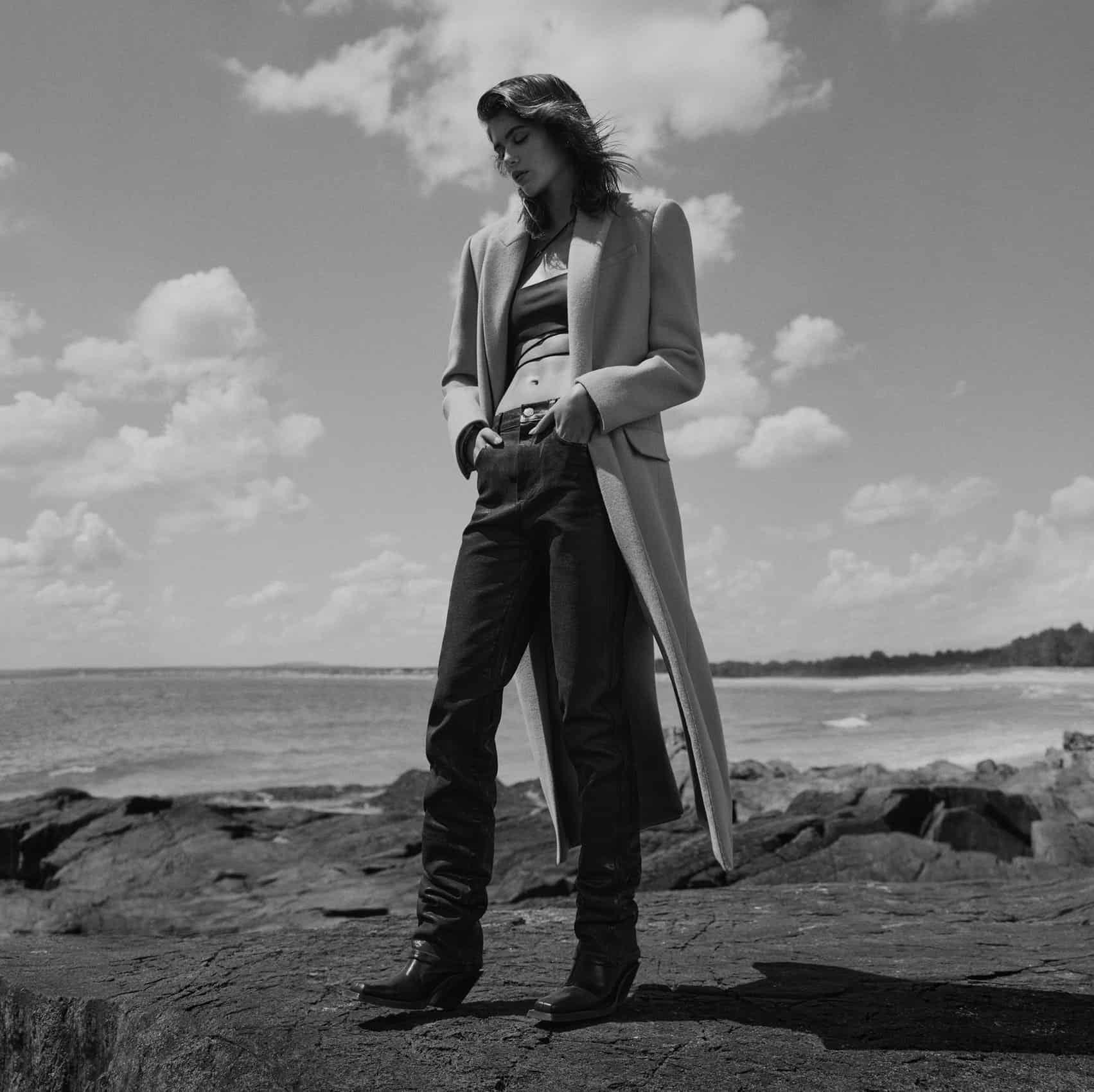 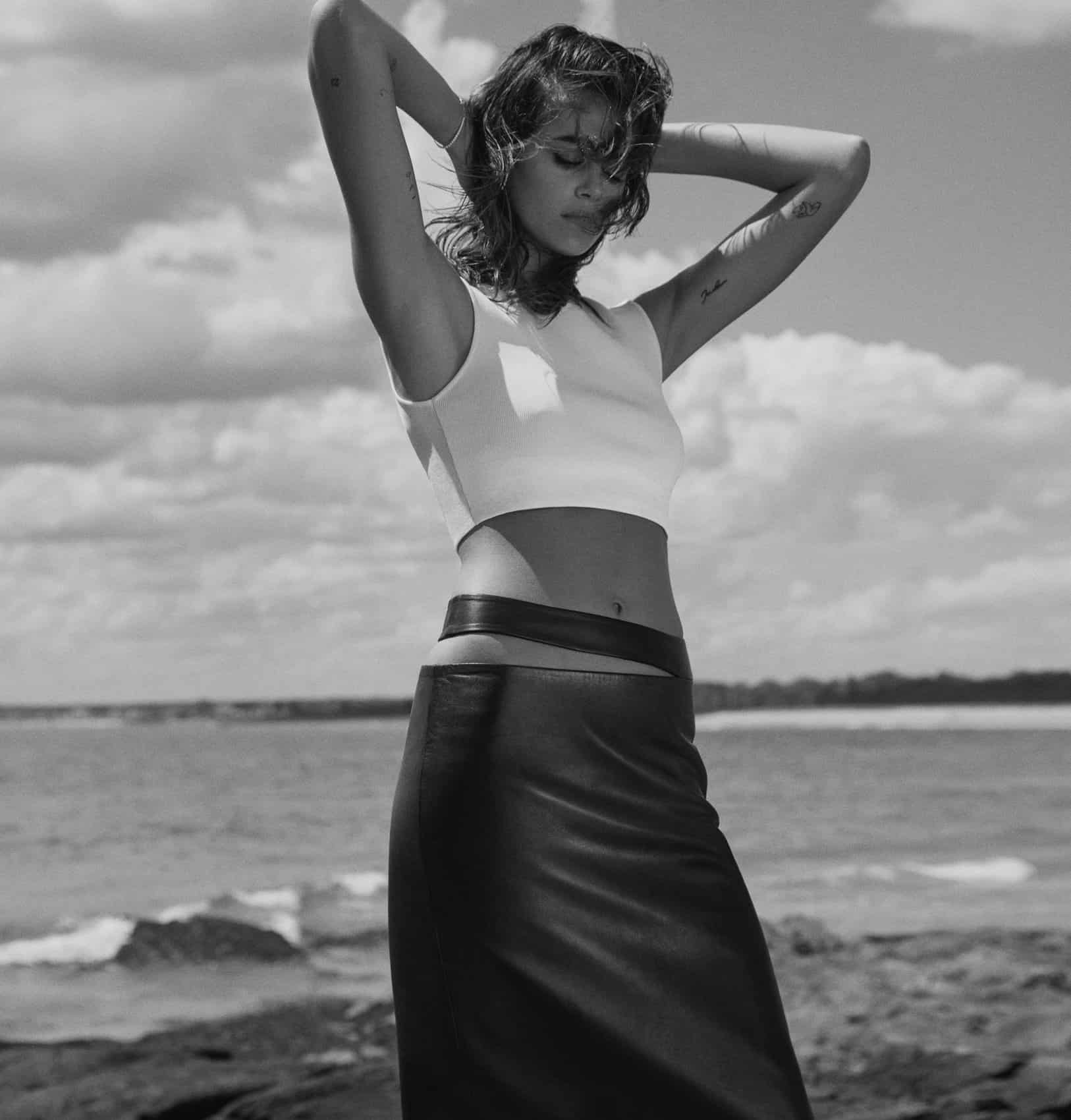 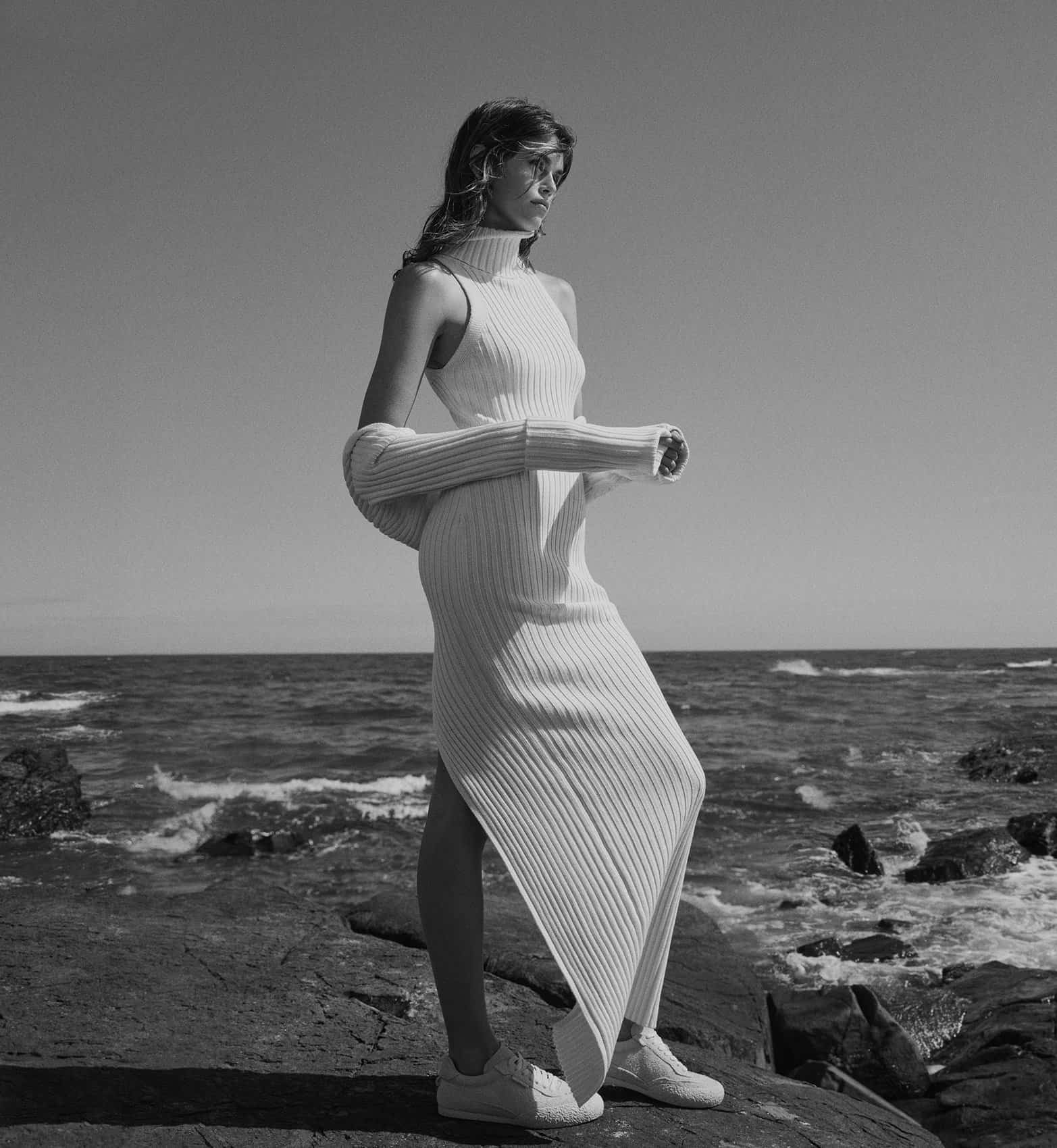 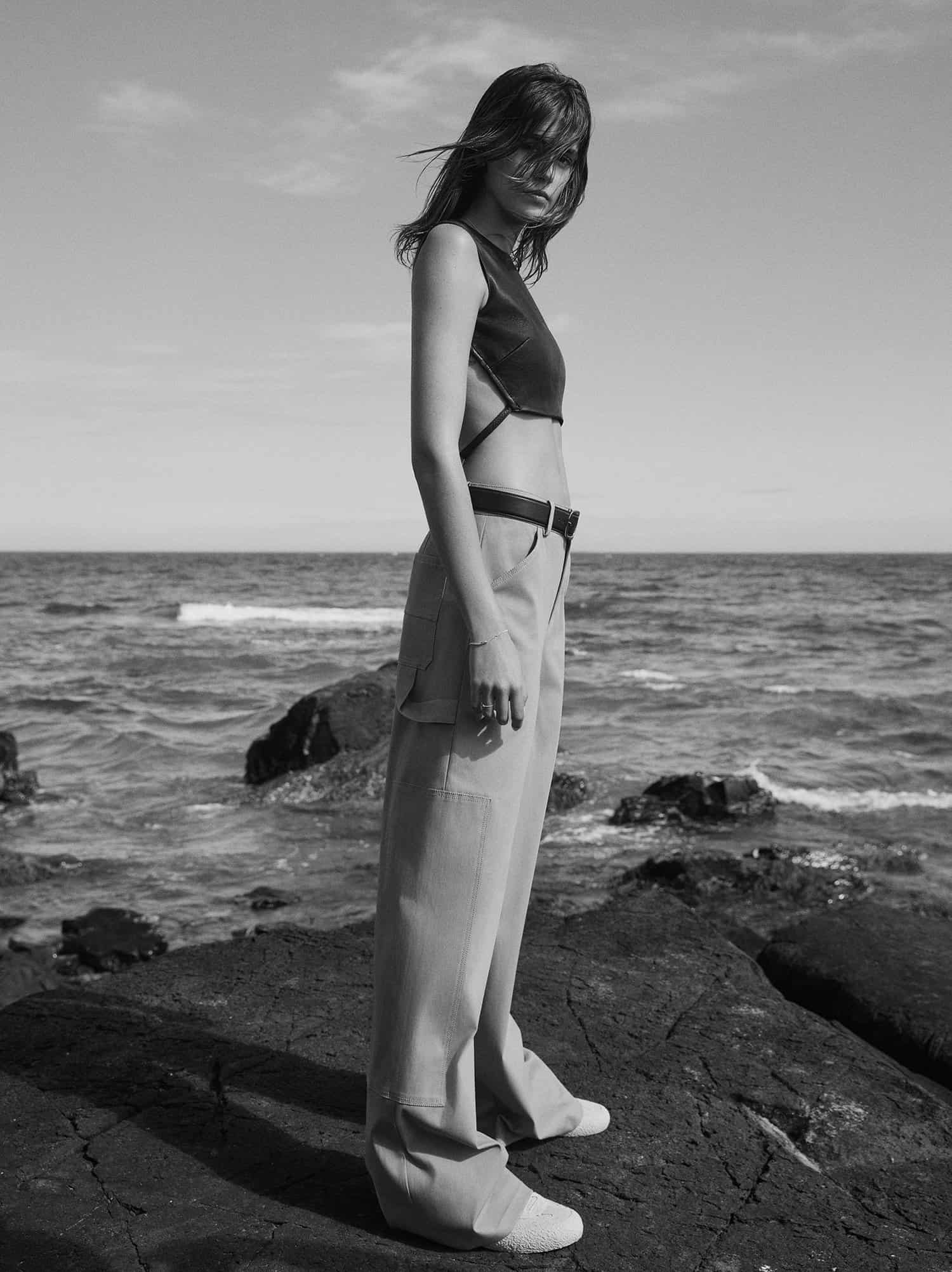 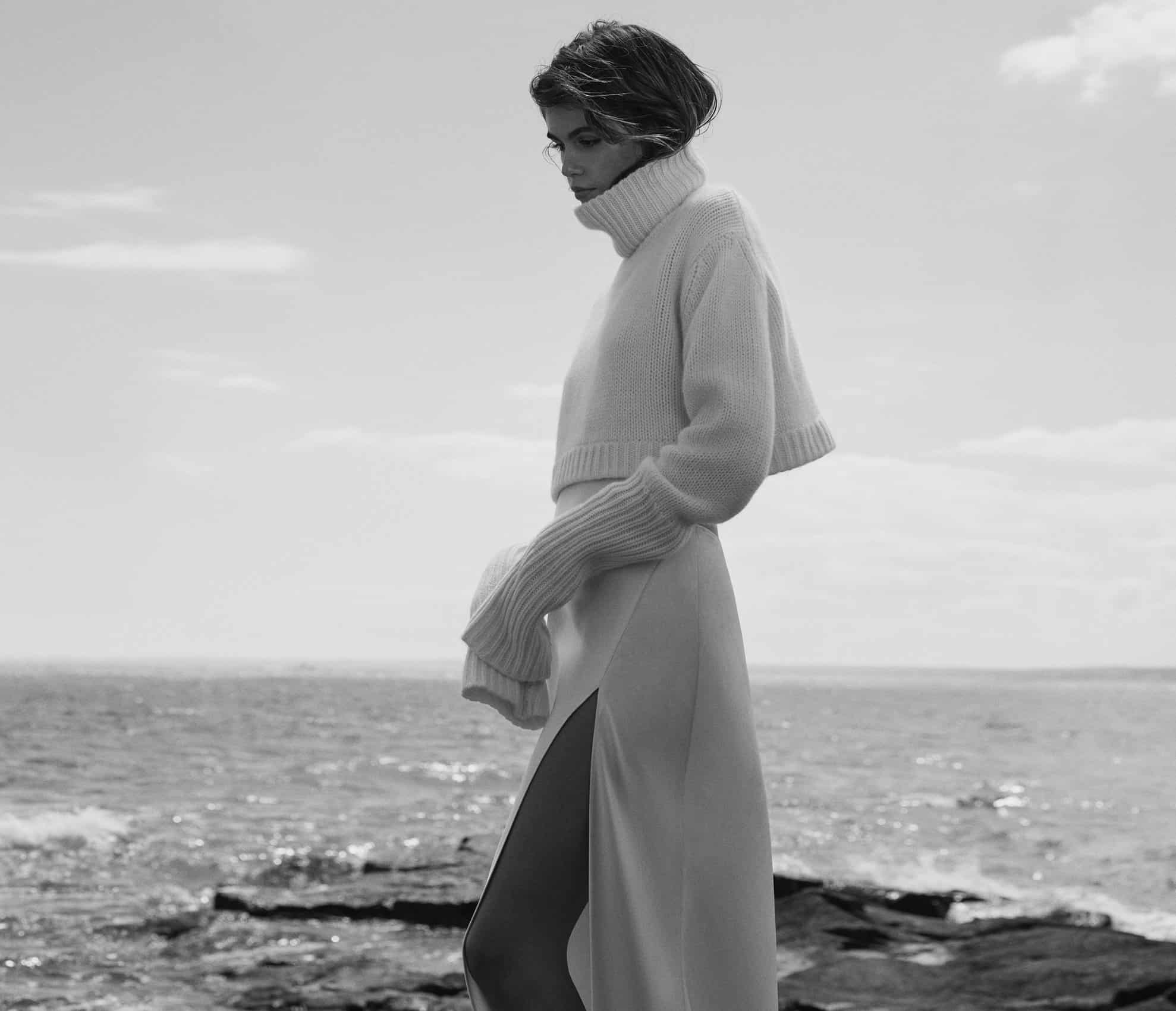 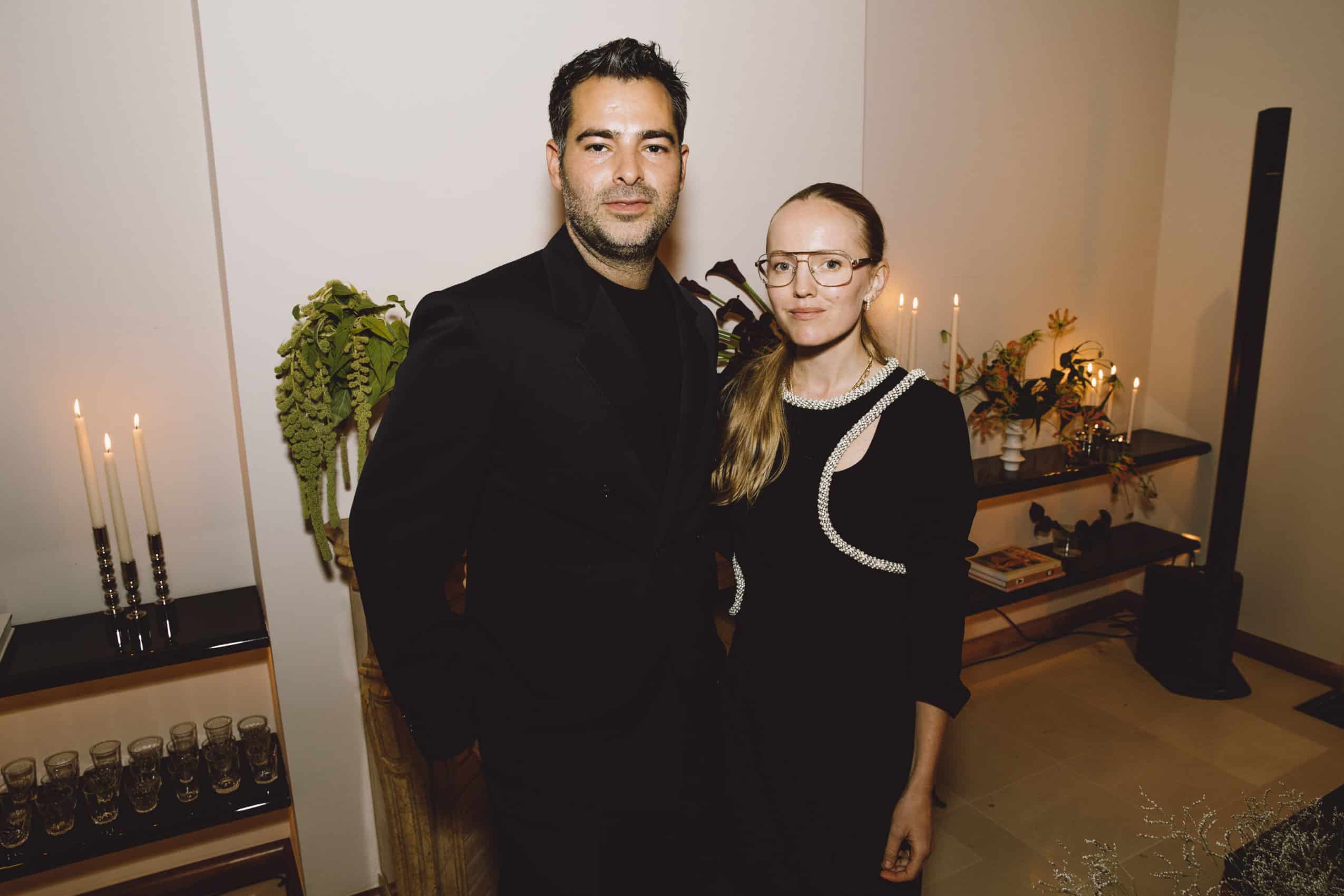 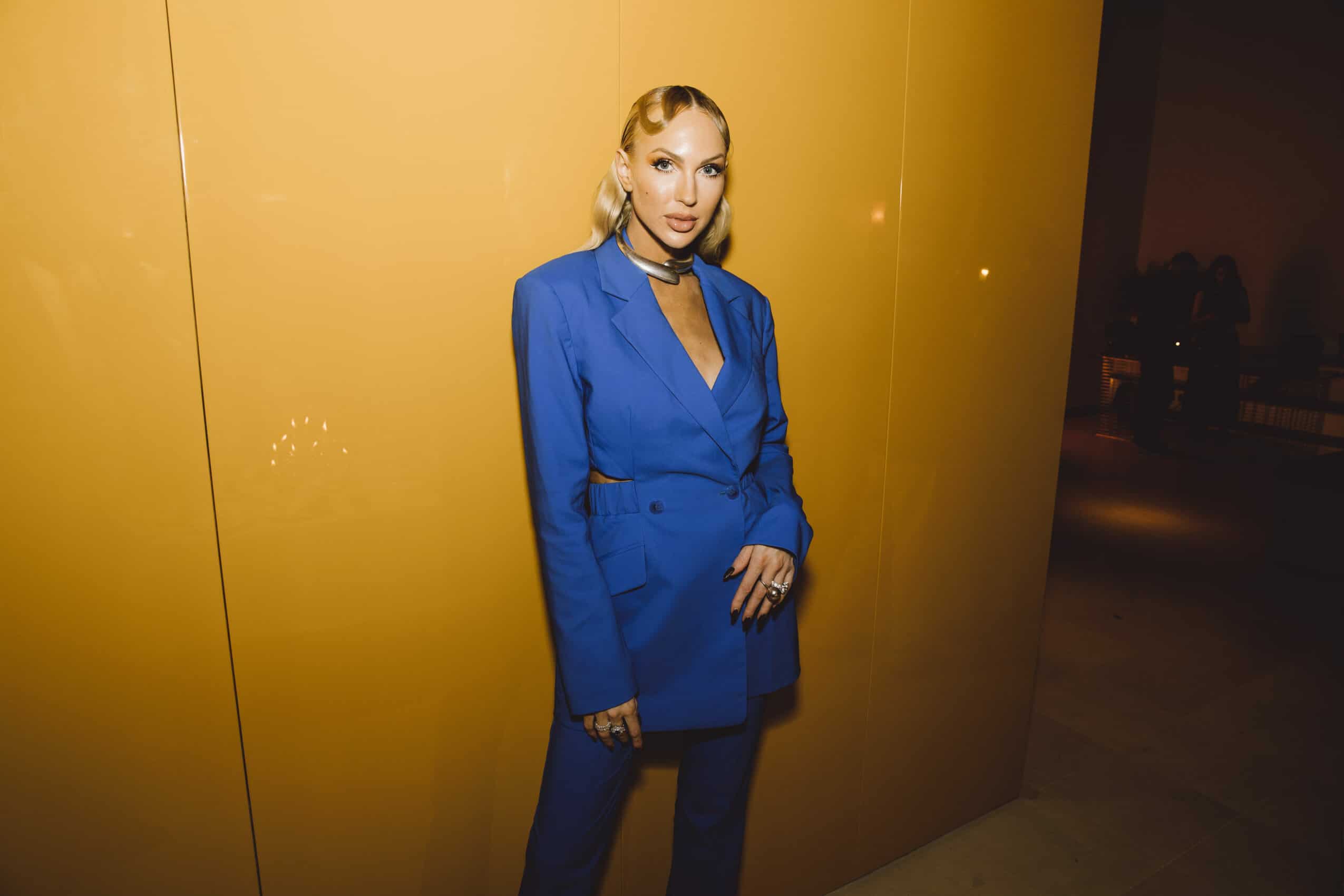 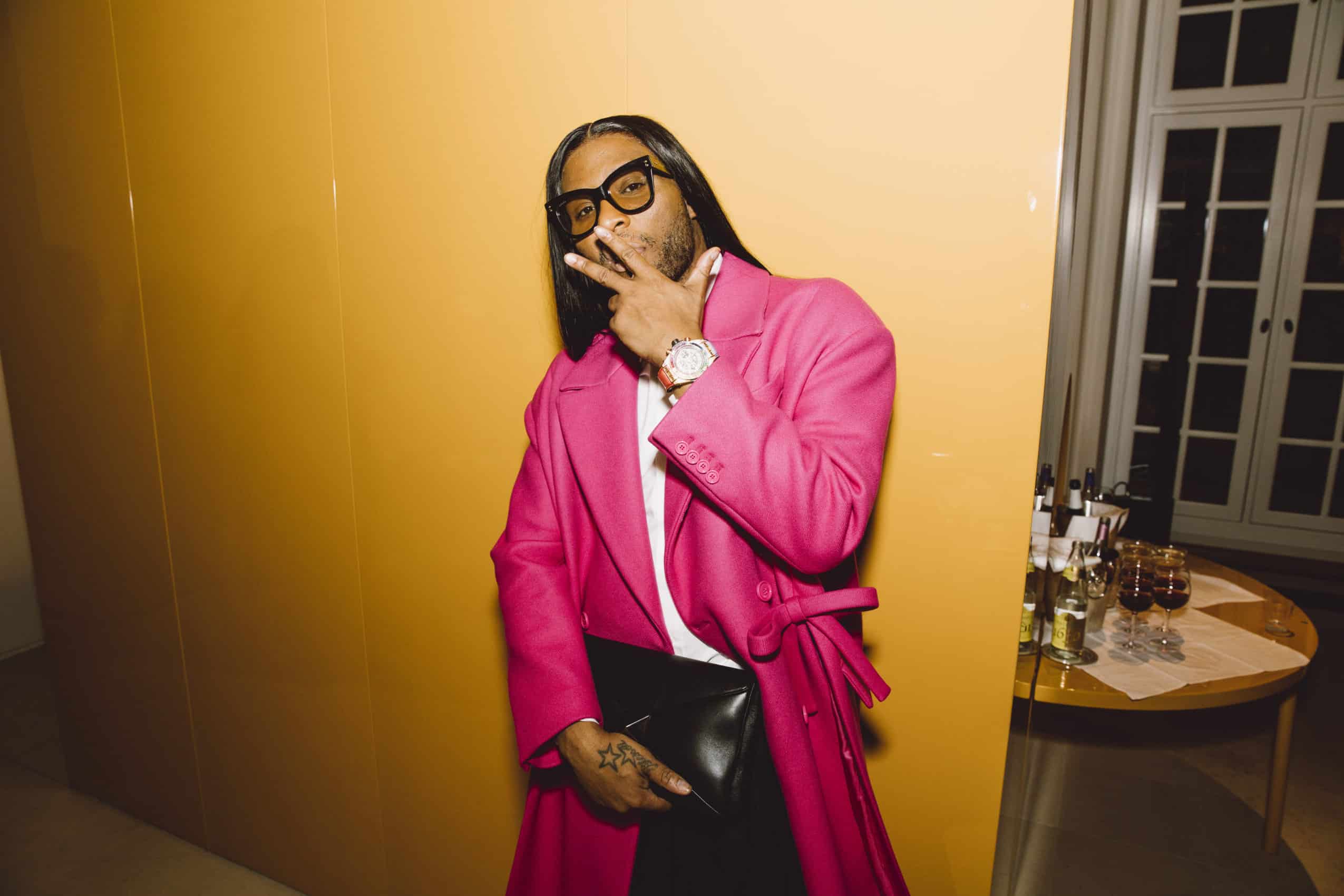 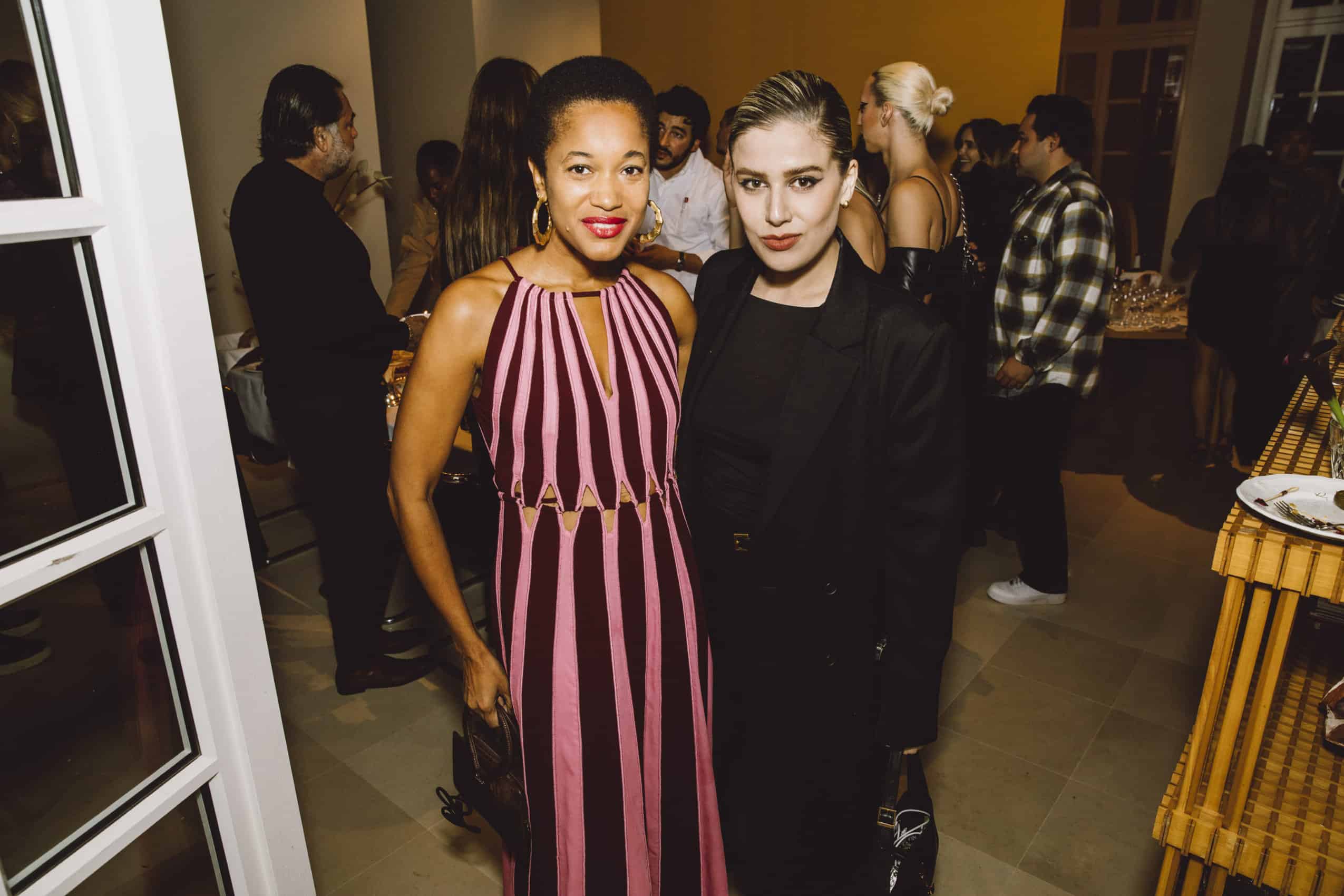 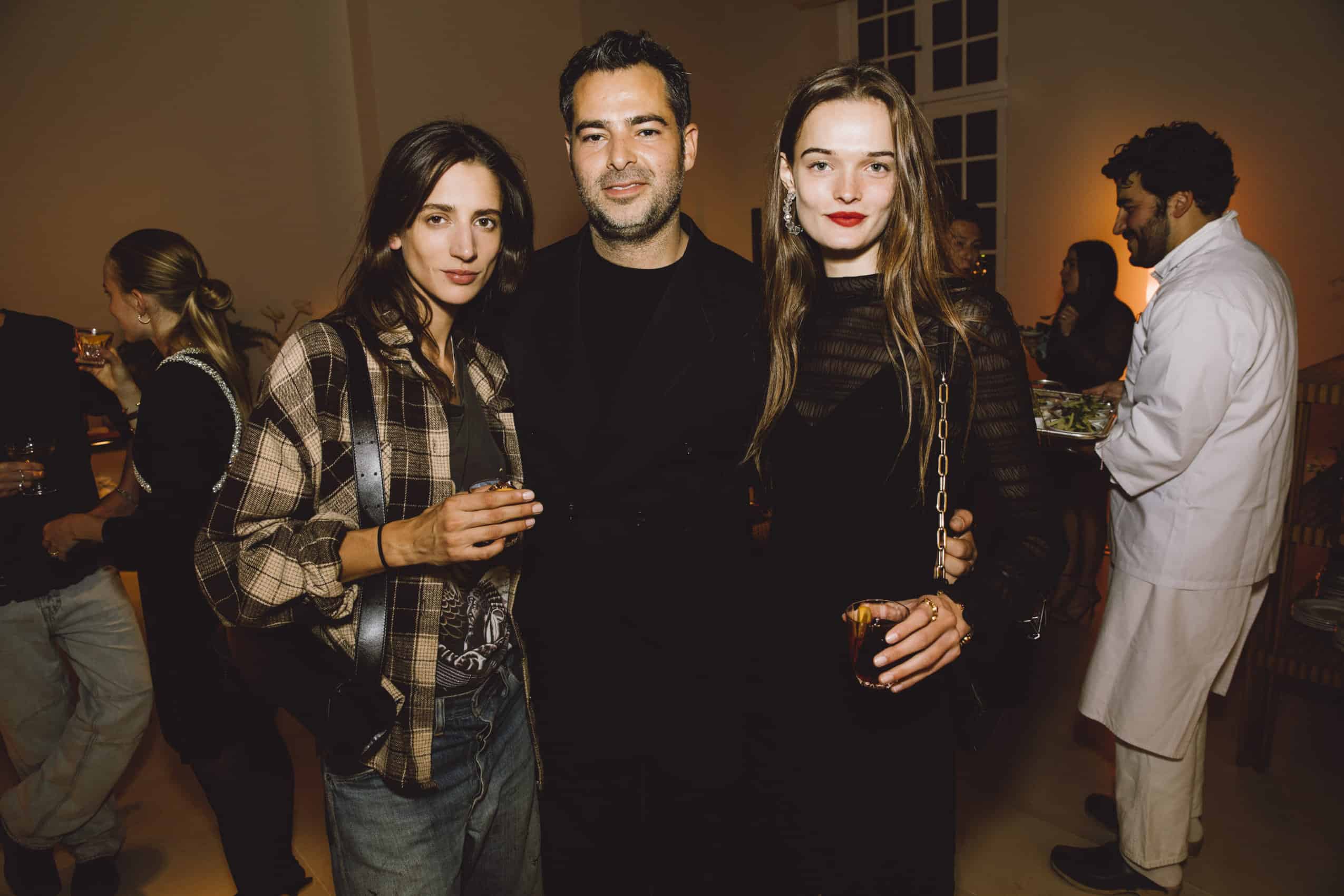 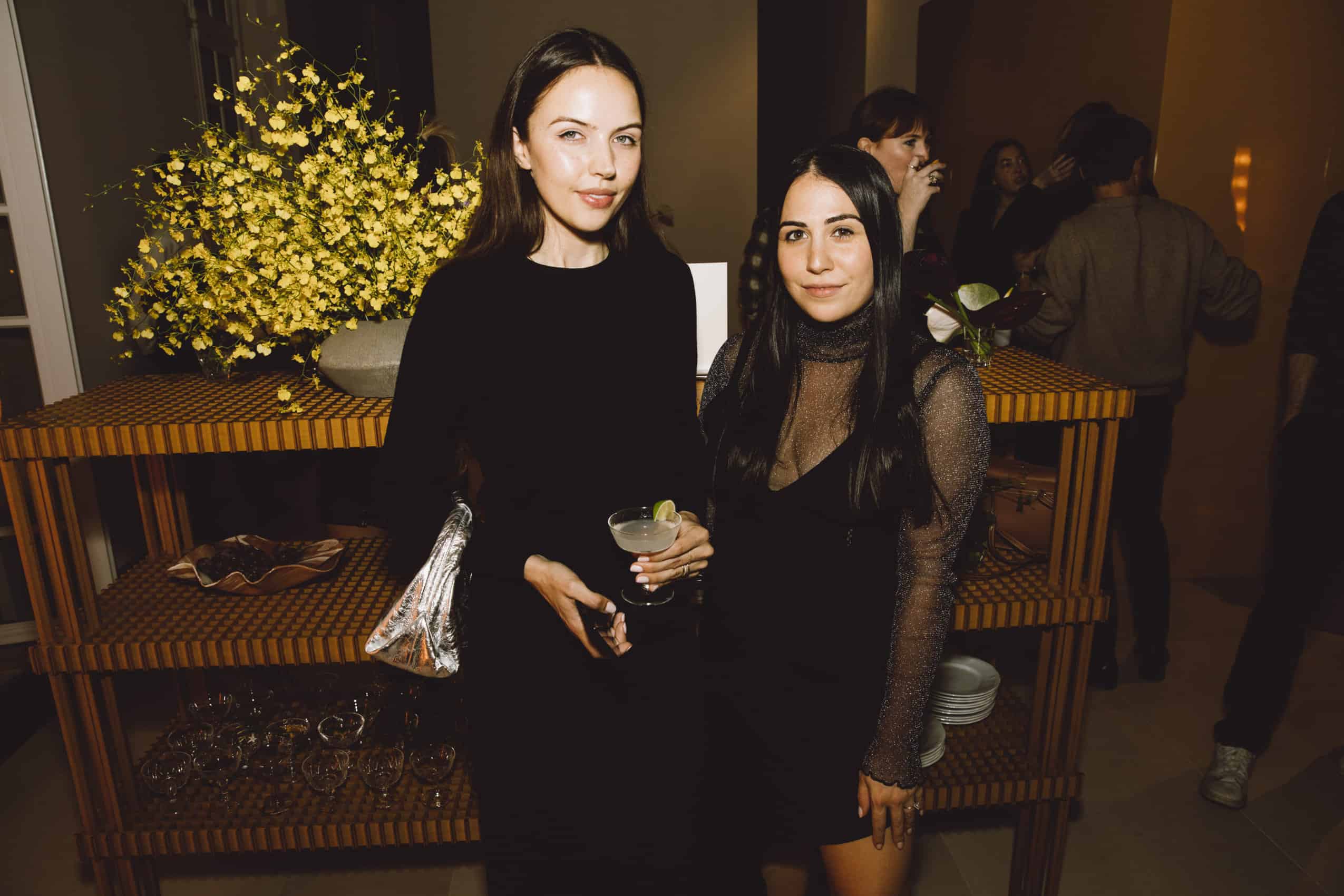 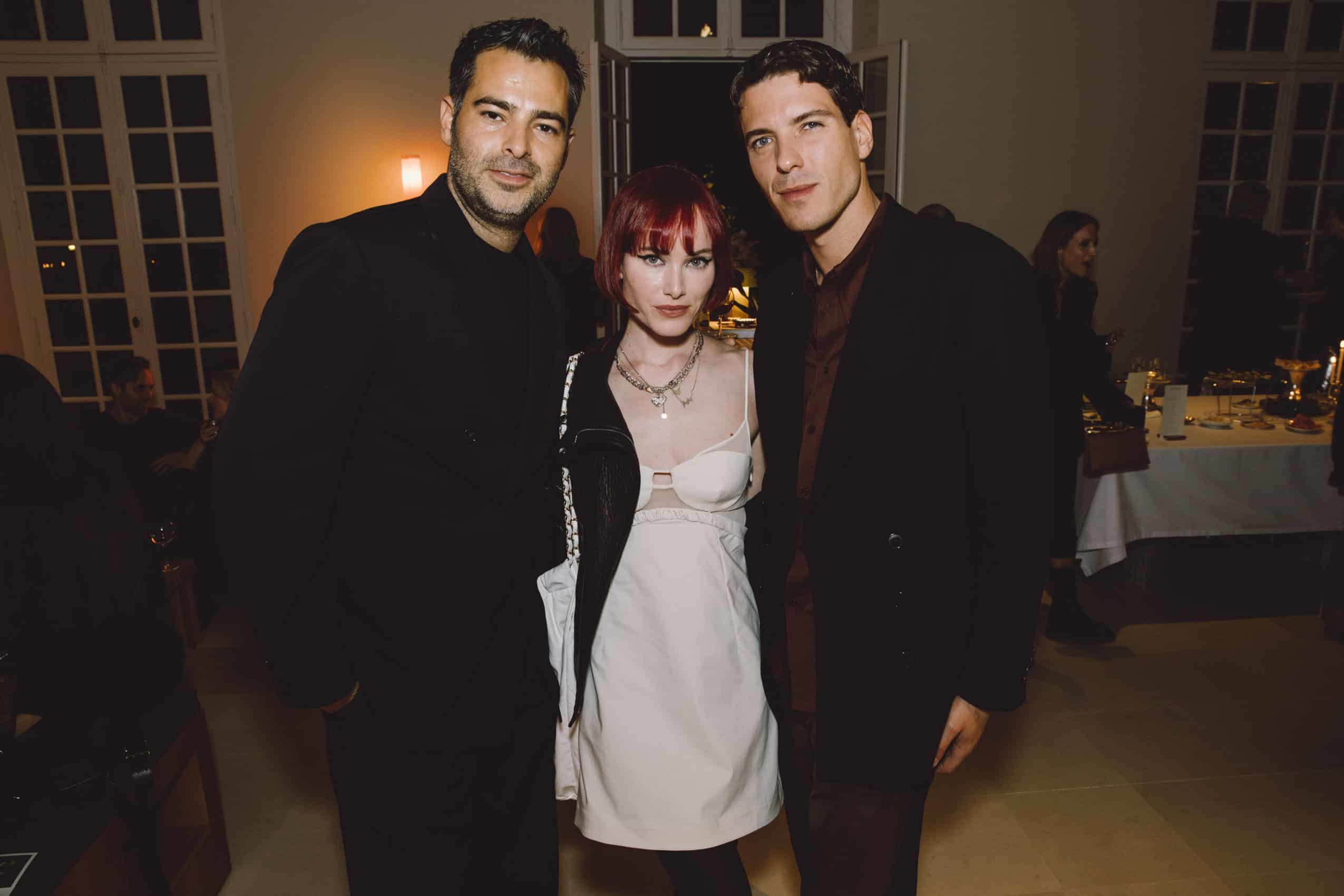 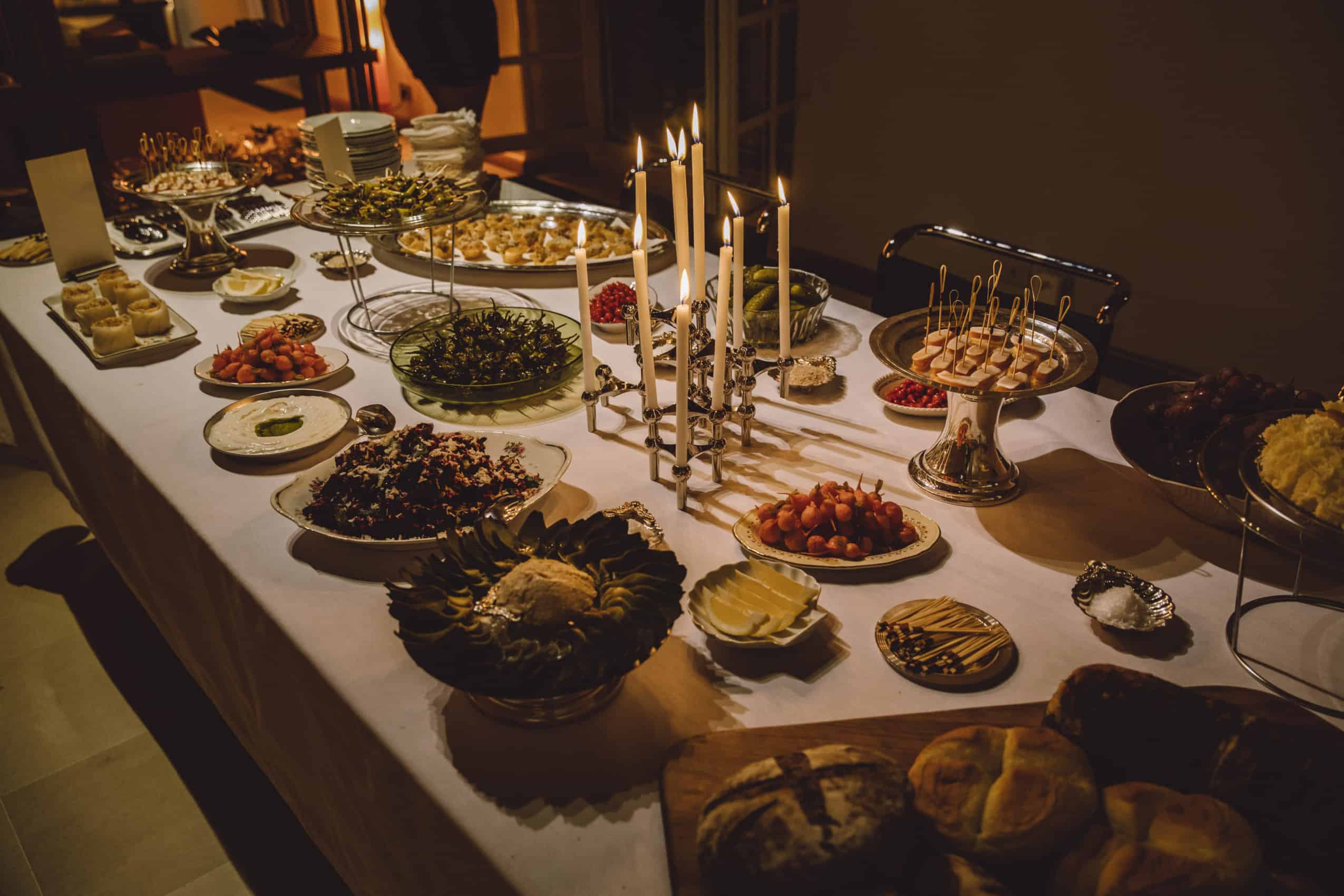 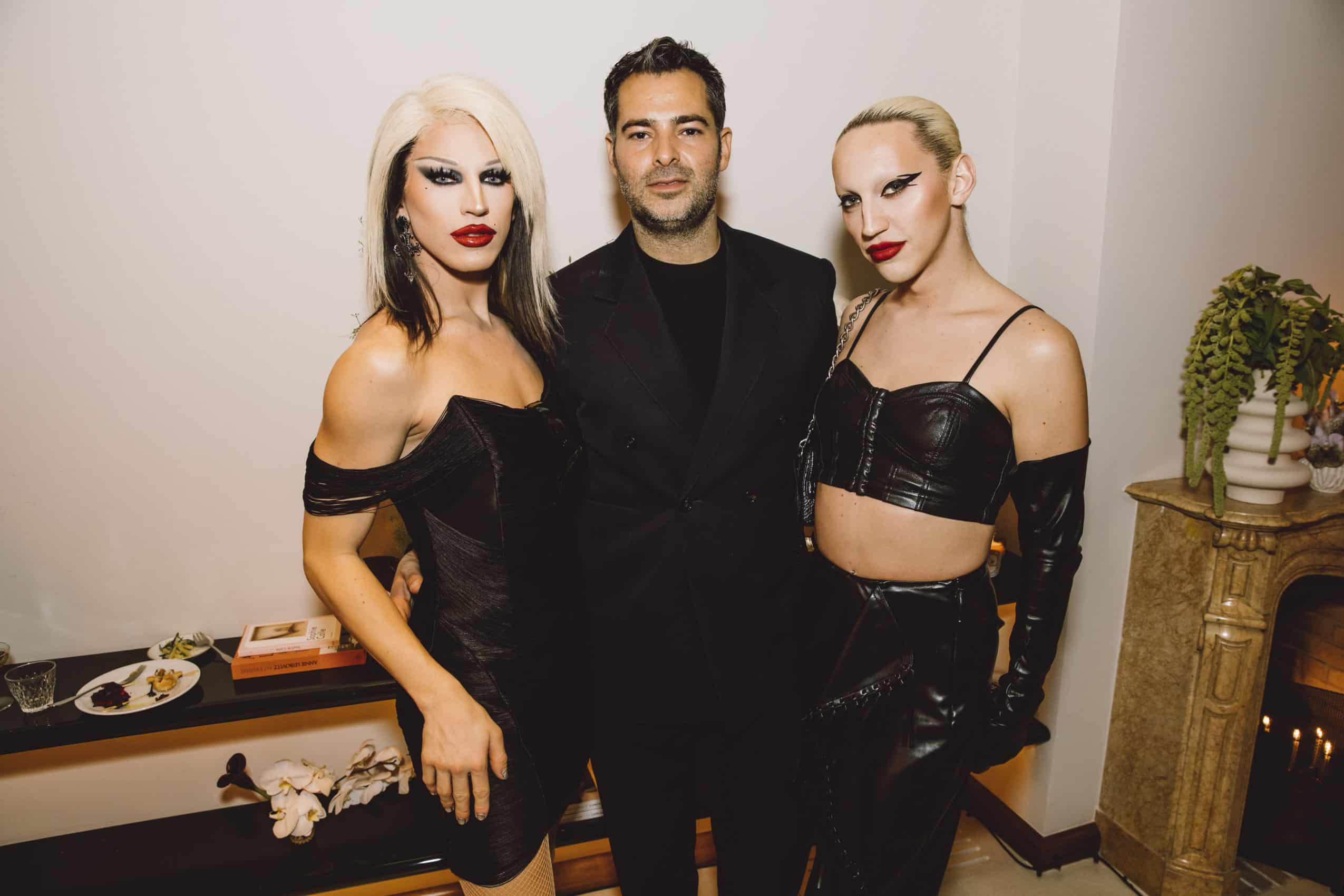 Aaaand speaking of Simkhai: January Jones is the new face of the brand. The actress, who’s also a close friend of the designer, was chosen for a myriad of reasons, including her Hollywood heavyweight status. Seeing that the NY-born brand is now based on the West Coast, her casting speaks to the influence that Tinsel Town has on the fashion industry. “My brand always finds tensions in dichotomies such as masculine and feminine,” Simkhai said. “We were excited about creating a dichotomy here between a big-screen actress and a fashion campaign, blending in different characters along the way. My goal in designing and creating always aims to elevate the everyday and celebrate the unapologetic spirit—to me, January perfectly embodies this.” Not only does Jones model the pieces from Fall Winter ’22, she also channels screen icons of the past—from Michelle Pfeiffer in Scarface to Twiggy. 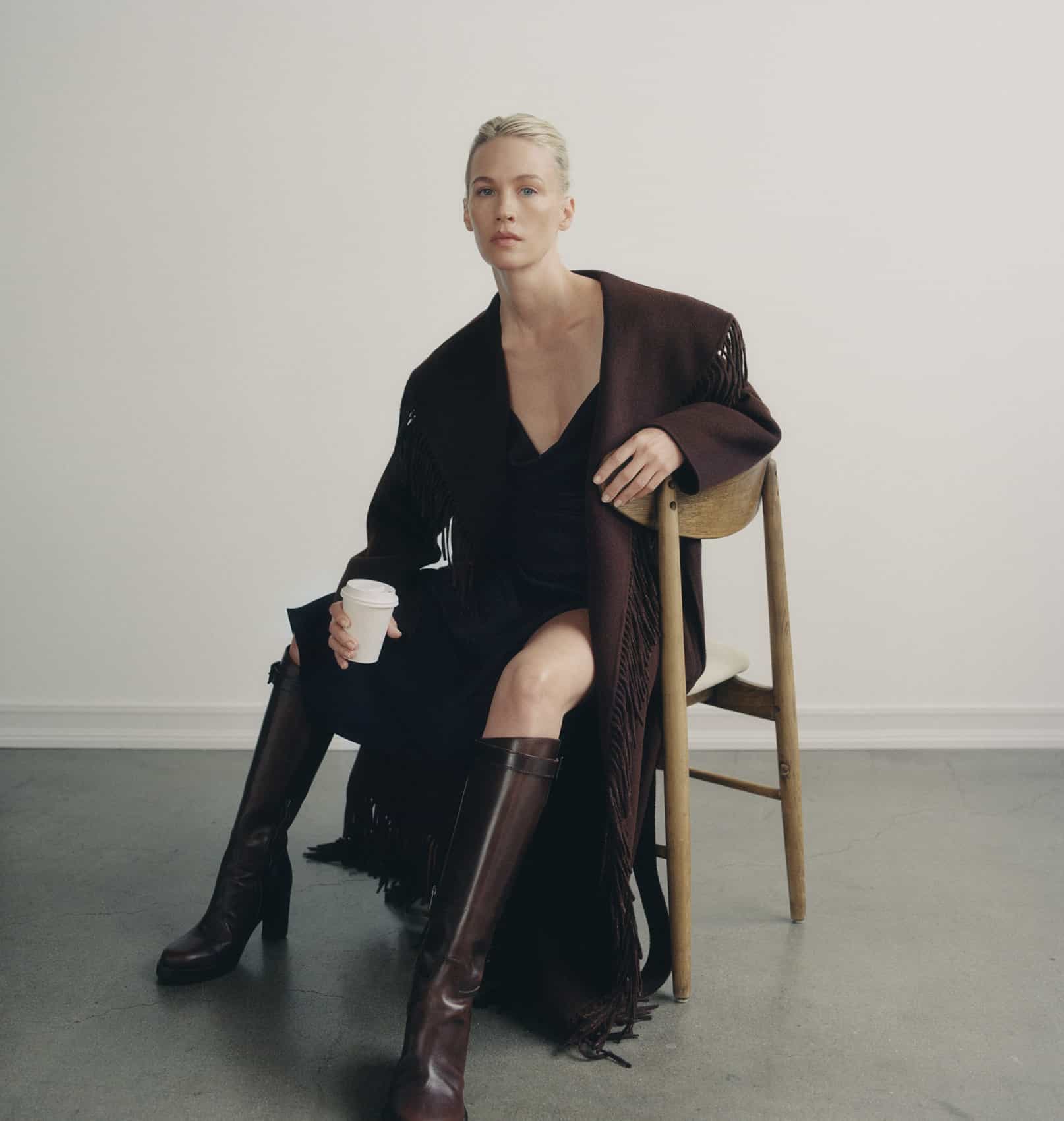 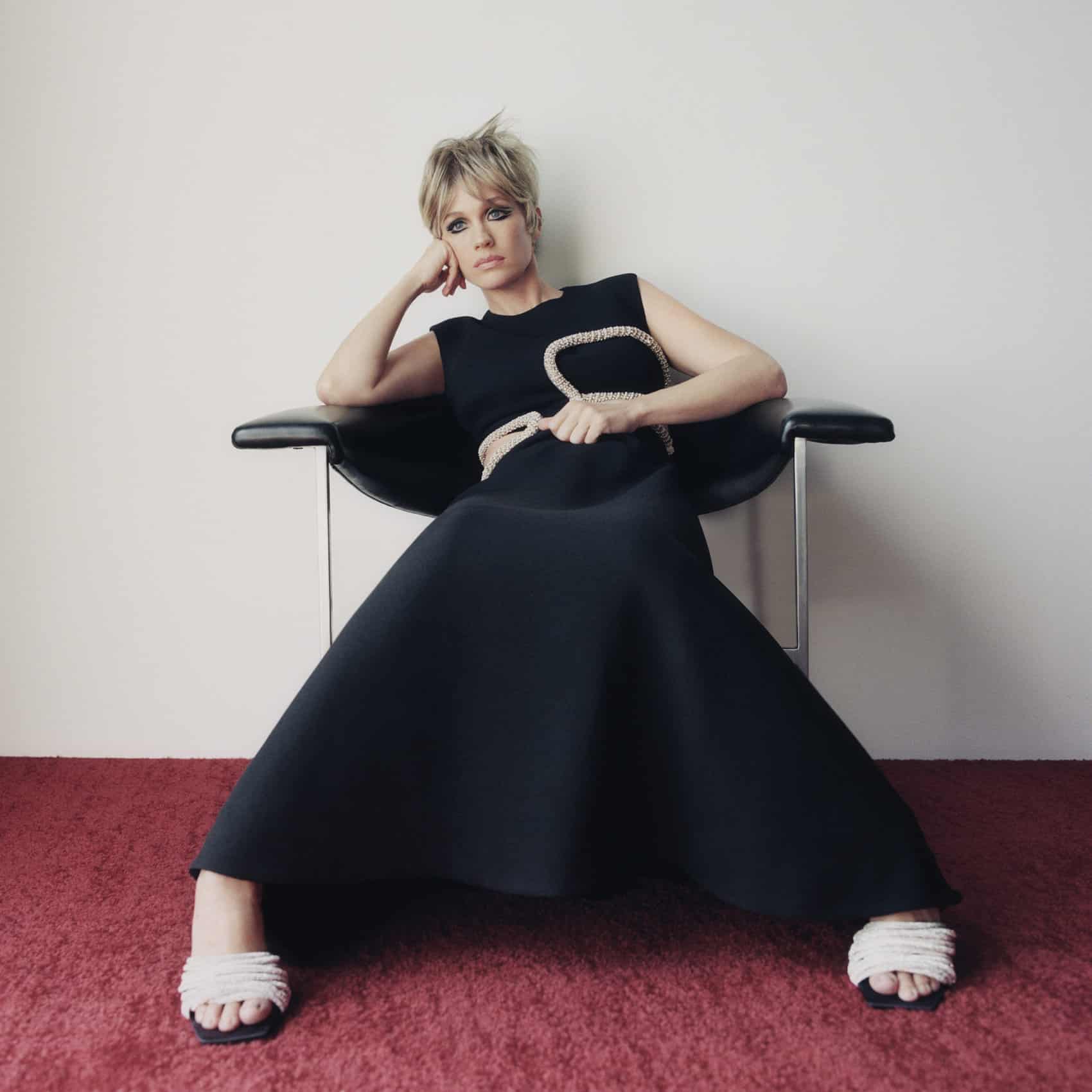 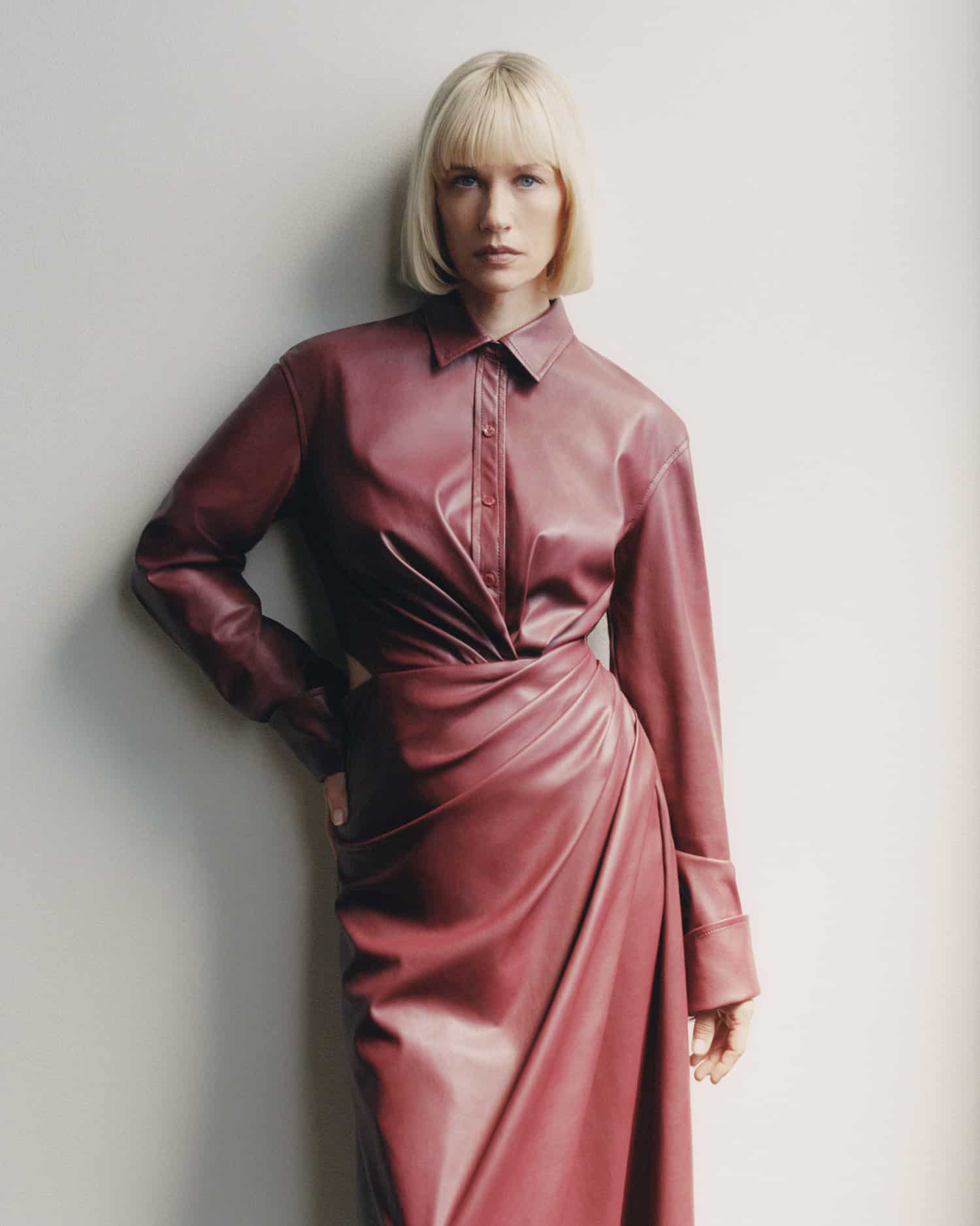 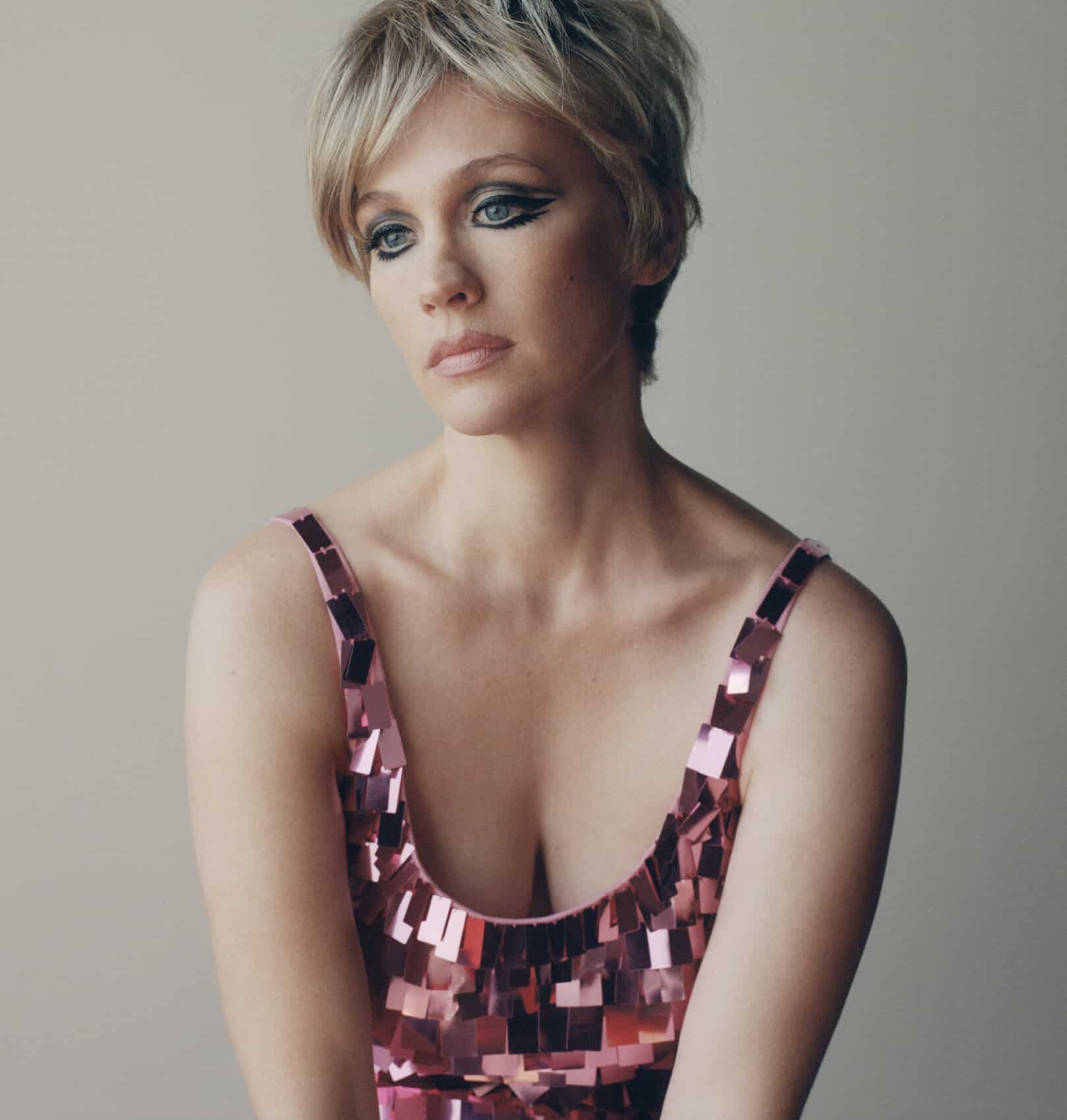 Pull up a chair—Lil Nas X is the newest name coming to you via Coach TV. Today, the house unveiled Courage to Be Real, a  short film starring the chart-topper and new global Coach ambassador. The clip, which features his latest single STAR WALKIN, is directed by Petra Collins and serves as a call to action to encourage self-expression, self-confidence, authenticity, and courage. Collins captures Lil Nas X throughout the film weaving through different rooms as he tells the story of how he got from his childhood years in Atlanta to the world famous star he is now. “My whole career has been about breaking down doors, and this campaign represents everything I’ve overcome so far,” the performer said in a release. “It’s about walking into new chapters of life, new experiences and new versions of myself, and it’s rooted in authenticity and self-expression—two things I really care about. It was really fun collaborating with Stuart [Vevers] and Petra to bring this to life.” Watch the film, below:

She’s a mainstay on the runways in all fashion capitals, and this month she’s beaming back at you from the digital cover of ELLE’s October issue too. If you’ve ever been curious about the strawberry blonde beauty who seems to walk almost every show each season, wonder no more. The Dutch model, 26, revealed to writer Noëlle de Leeuw that she has her sights set on the big screen and hopes to begin an acting career where she can take on roles where she’s “falling apart, physically and emotionally.” After nine years in the spotlight on campaigns and on catwalks, she also says she’s relaxed into the industry more now. “I’ve realized that my body doesn’t have to look a certain way, and my face doesn’t have to look a certain way. I don’t have to be perfect. That made me enjoy it so much more.” For the full feature, lensed by Inez & Vinoodh and styled by Alex White, check it out here.

It’s a big year for Jack McCollough and Lazaro Hernandez, who are celebrating two decades of runaway success with their label Proenza Schouler. To kick off the 20th anniversary celebrations, the brand has announced the Re-Edition Capsule Collection: a limited-edition revival of highlights from seasons including Fall 2002, Fall 2006, Fall 2013, Fall 2018, Fall 2019, Spring 2012, Spring 2014, Spring 2016, and Spring 2020. Launching today, the #tbt pieces include house favorites such as innovative approaches to knitwear, metallic numbers, and custom developed fabrics. Each garment will also be marked with a custom label that includes its season of origin. The collection will be sold through Proenza Schouler’s retail channels, as well as Bergdorf Goodman, Selfridges, Saks Fifth Avenue, Neiman Marcus, Net-a-Porter, Nordstrom, Moda Operandi, and Matches. Tell your accountant to look away now…

The Wolk Morais Diary: A Transatlantic Crossing On The Queen Mary 2