Jordan Roth and Richie Jackson Are So Sweet and Earnest, It Will Make You Cry 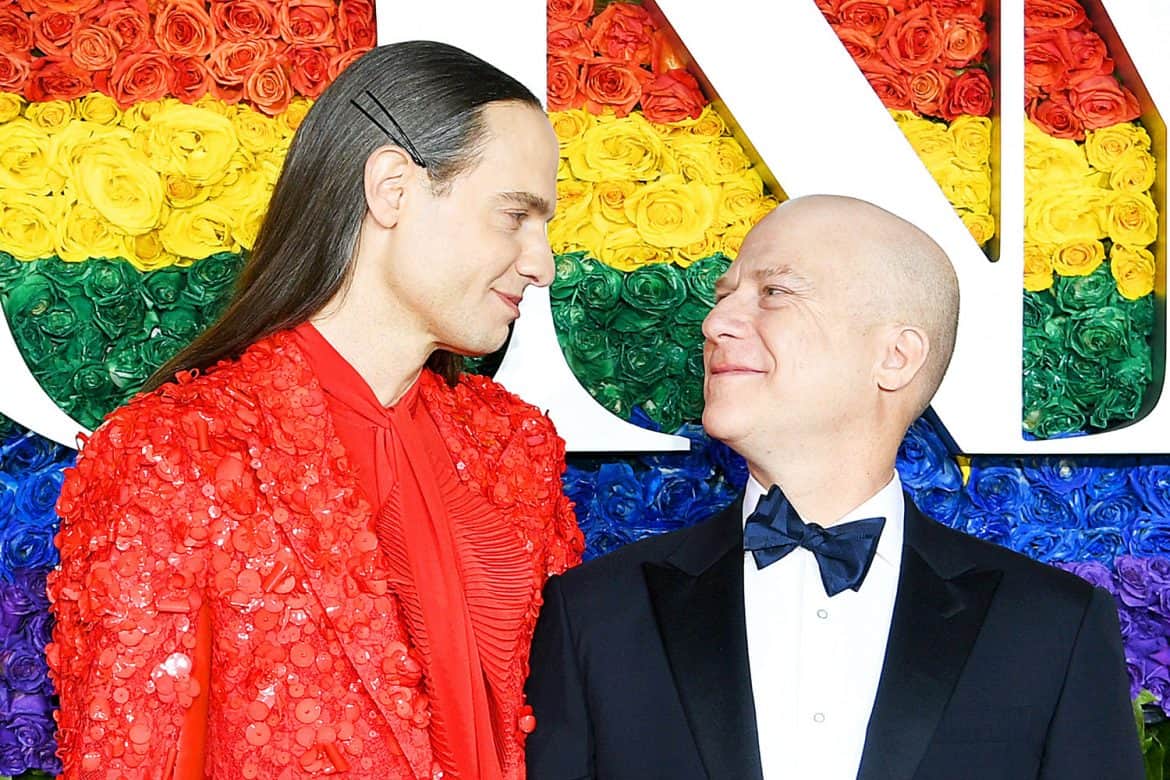 Broadway power couple Jordan Roth and Richie Jackson had a lot to celebrate last night. Jackson’s revival of Harvey Fierstein’s Torch Song was nominated for two Tony Awards — Best Revival of a Play and Best Costume Design of a Play — and Roth’s smash hit musical Hadestown received a staggering 14 nominations across 13 categories, eight of which it won, including the big prize of the night, Best Musical.

The Daily caught up with the happy hubbies on the red carpet to find out more about why these projects are so special to them. Fair warning: you may just find yourself in tears by the end of this interview. (I know I did!)

Jordan, your outfit is absolutely amazing. Is it Givenchy?
Givenchy custom couture. 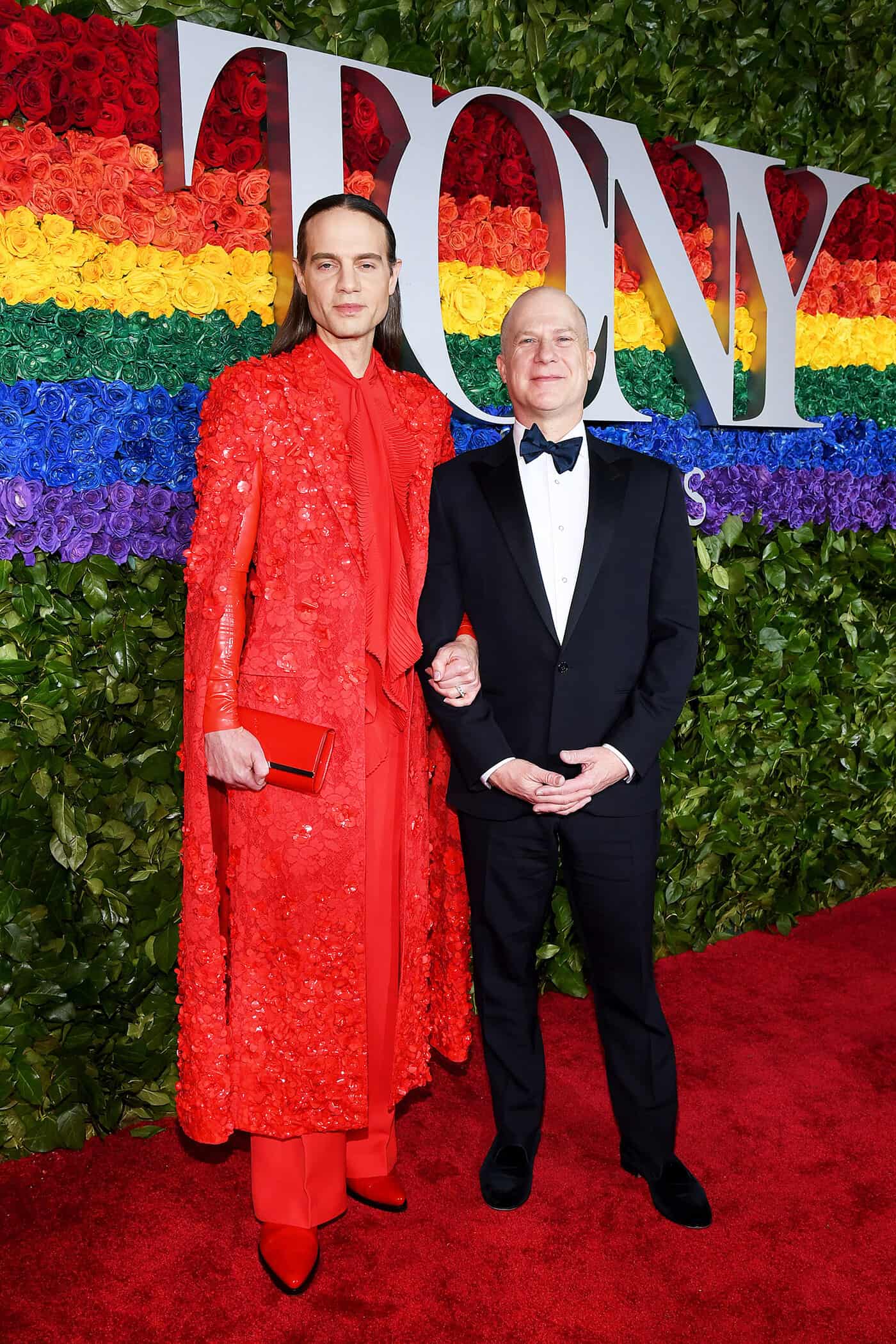 How did you pull this look together?
I love that! [laughs] “Pull this look together.” Yeah, as if it’s just a couple things out of my closet! This look is inspired by Hadestown. There is a line at the end of the show that goes “some flowers bloom as the green grass grows, our praise is not for them. But the one who blooms in the bitter snow, we raise our cups to him.” That is what inspired this look. We are the ones that bloom in the bitter snow.

That’s lovely. Hadestown is the favorite to win Best Musical. Tell us about the journey to bring it to Broadway.
The show developed over thirteen years. It started with Anaïs and her friends in a van performing it around. In each of its many productions it has grown in conversation with the community. This is a show about the power of the singular voice to convene community and with each step it has expanded that community and improved in response to that community and that’s what brought us here tonight.

What was your first impression of the show?
I first experienced the show in a rehearsal. It was a run-through in the rehearsal room and literally the first two or three seconds that the cast came out, I was in love. I felt my whole body relax and I though “Oh god, okay. We’re okay. These people have a story to tell us and we’re going to be okay.” From that moment, I’ve been in love with the show.

That’s wonderful.
My Richie is here as a nominee for Torch Song!

Fantastic! Where were you when you found out about your nomination?
Richie: I was having our morning bike ride with our 2-year-old baby and when we got home, Jordan told me.

Jordan told you, so who was the first person you told?
I told Harvey Fierstein [who wrote the play and originated the lead role of Arnold in 1978]. The last time Torch Song won for Best Play and Harvey won for Best Actor [in 1983], I was scooping Häagen-Dazs ice cream in Long Island — as a seventeen year old — and my mom called me to tell me that Harvey had won. We were so excited. So to be here tonight with Torch Song is brilliant.

That’s wonderful. Have you always been a fan of Harvey Fierstein’s work, then?
When I was seventeen I knew I was gay but I hadn’t told anyone. My mother went to see Torch Song and she knew she needed to take me to start a conversation with me. So she took me to see Torch Song. Arnold was the first gay person I’d ever come into contact with and afterwards she took me to dinner and told me “you know, if you came home and told me you were gay, I would not react like the mother in that play.” So, theater changed my life.

That is so sweet. Thank you. 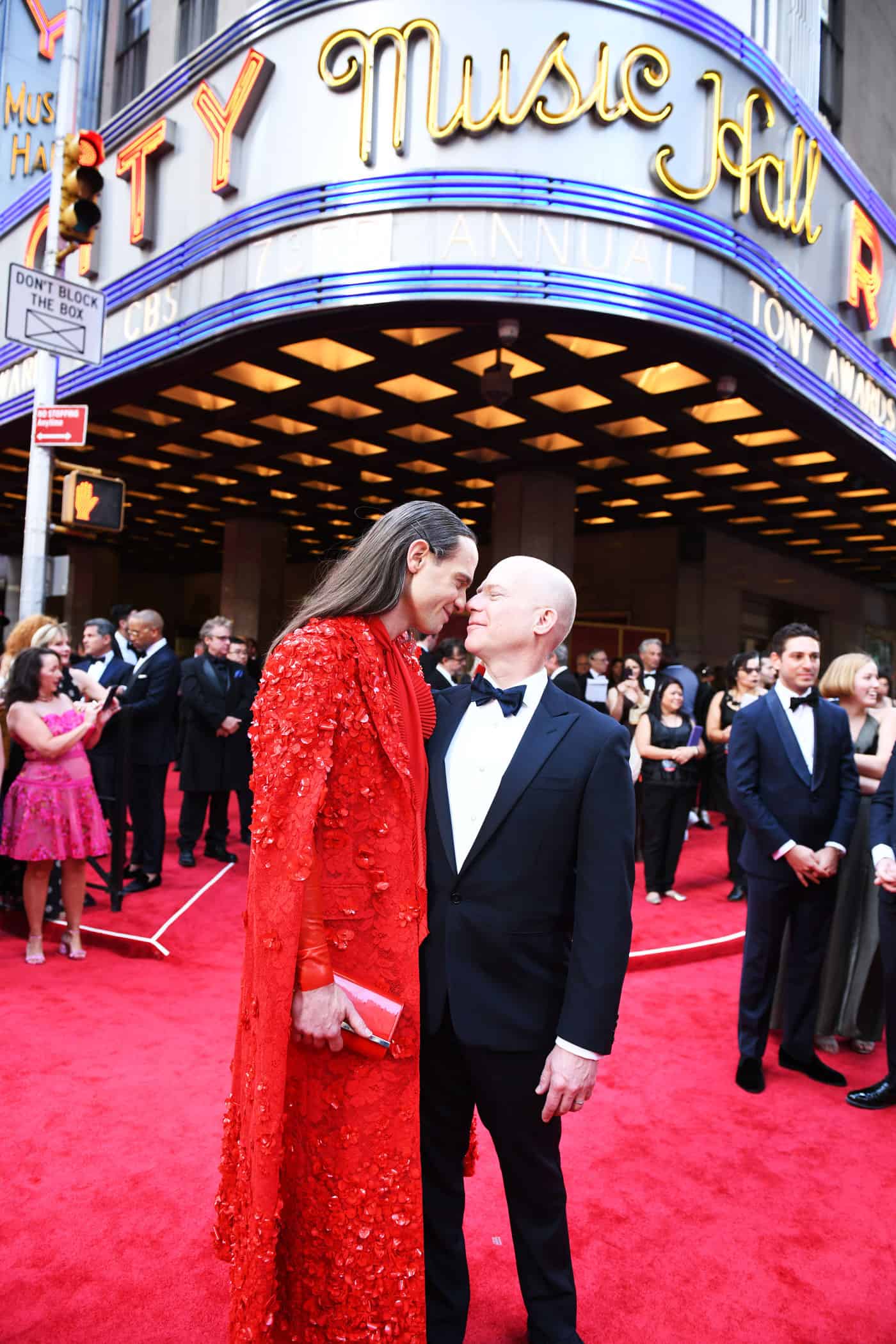 The Best (and Teariest) Moments From Inside the 2019 Tony Awards