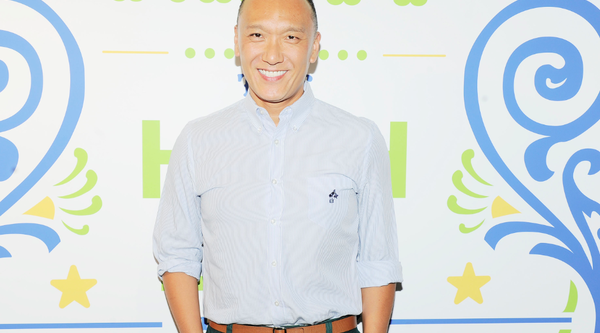 (NEW YORK) More TV for Joe Zee! ELLE‘s creative director is headed to the Sundance Channe this time, with a new series called Revealing: Extravagance. Zee will be talking with a glam roster of fashion notables, including Zac Posen, Valerie Steele, Iman, Narciso Rodriguez, and Carolina Herrera, to name a few. Who should you not expect on Zee’s latest small screen venture? Young designer hopefuls frantically trying to make a name for themselves. The series will instead focus on social experiments involving the public’s mindset on luxury.

So what can you expect? Episodes will have Zee doing things like planting items at a sample sale like a rubber chicken handbag and grass lined flip-flops to see if customers are fooled into buying the faux luxury “trends,” or an episode where Zee dresses a soccer mom in head-to-toe couture to test the reactions of her fellow suburbanites. Plus, he’ll be going undercover to search for the new Bling Ring, known as the Rainbow Girls.

This isn’t Zee’s first Sundance Channel collaboration, as he previously starred in All on the Line, on which he guided struggling designers into more successful career. Another Sundance project under Zee’s belt? A documentary series, Love Lust, that followed the industry’s most iconic brands. The show will air on the Sundance Channel on September 20th at 10 p.m.