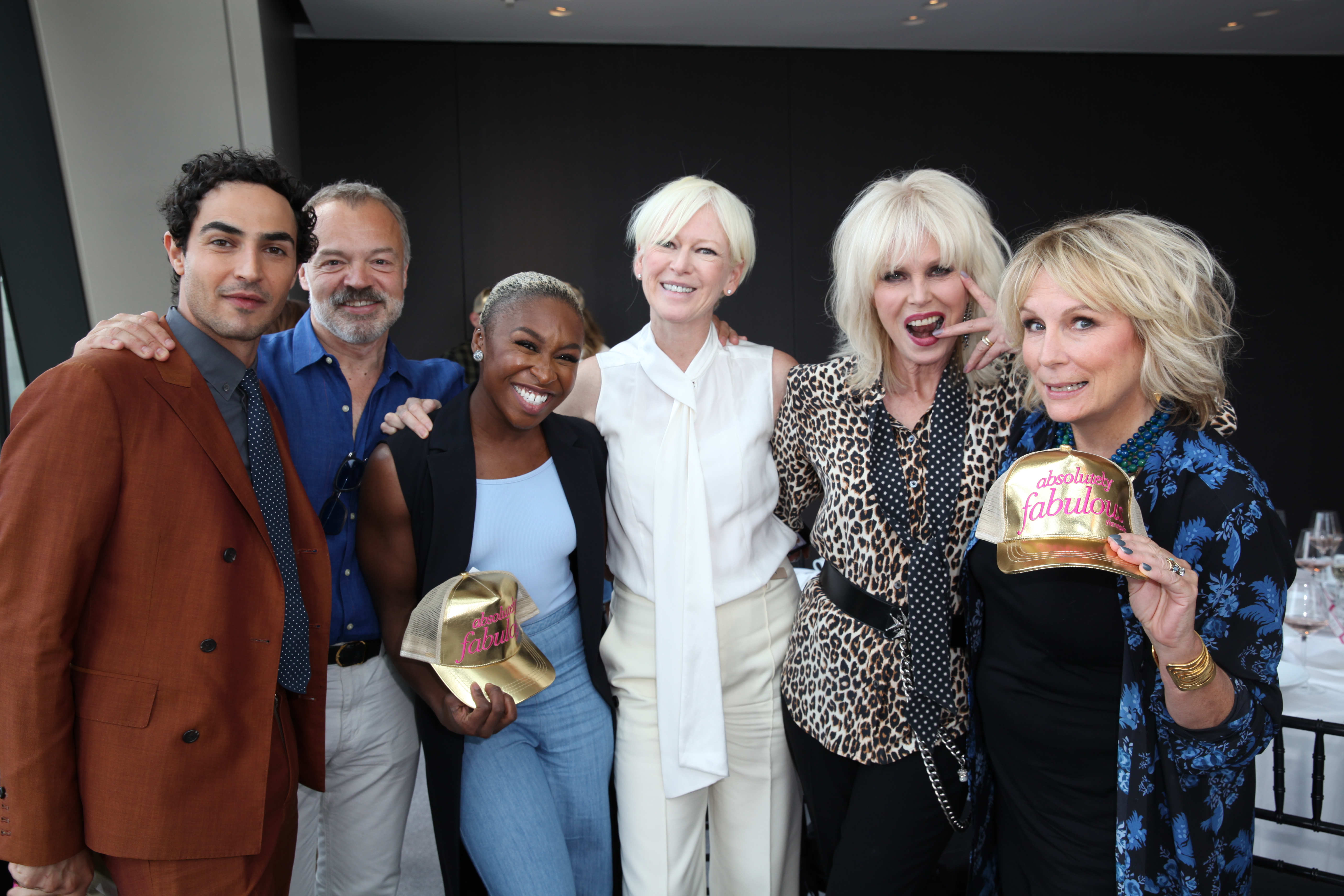 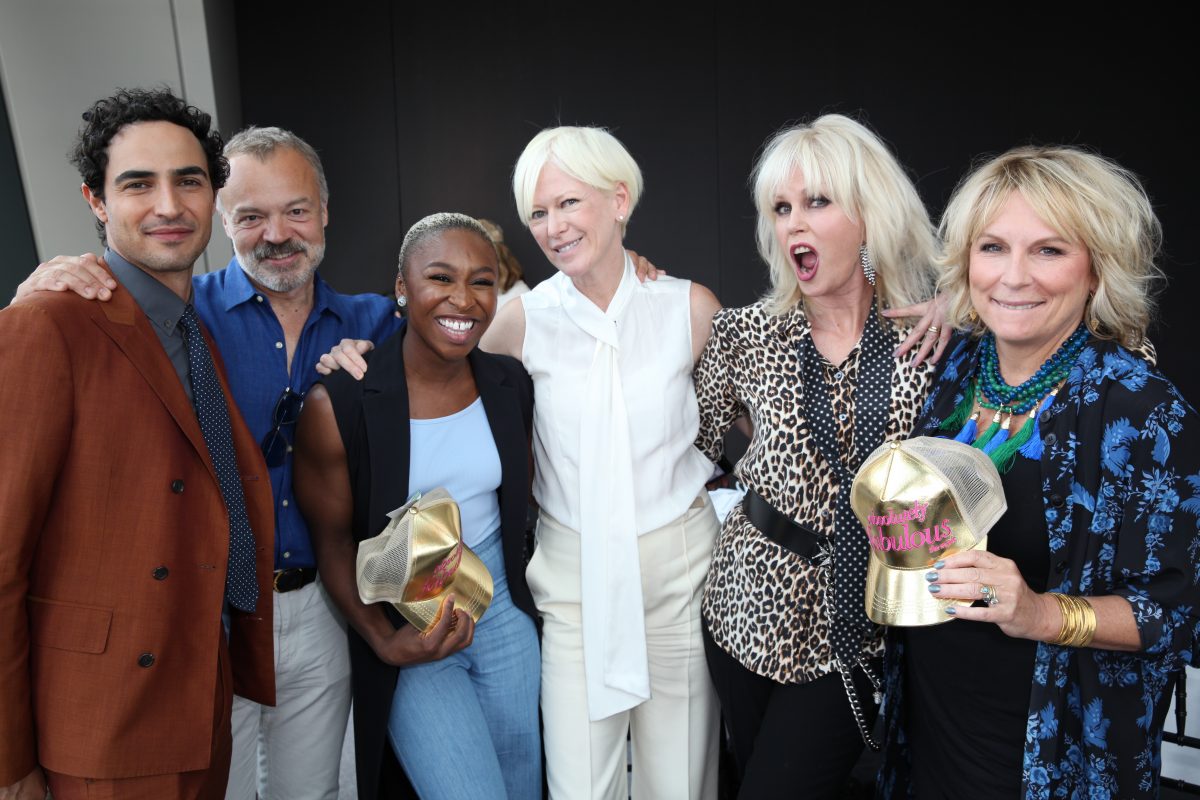 Cheers, Sweetie, Darling! The Cast of the Ab Fab Lunch

“There is no agenda for this lunch other than for me to worship at the feet of the two funniest comedians I’ve ever seen on television, the great Jennifer Saunders and Joanna Lumley,” Cosmo’s Joanna Coles said yesterday on Hearst Tower’s 44th floor for a non-agenda meal with the stars of the iconic institution known as Absolutely Fabulous. The lunch coincides with this weekend’s release of Absolutely Fabulous: The Movie, which brings back besties Edina Monsoon and Patsy Stone in an adventure where they flee to the French Riviera after they accidentally knock Kate Moss into the River Thames in London. As one does.

Coles told the crowd of sweeties, darlings such as Amy Sedaris, Graham Norton, Zac Posen, Isaac Mizrahi, Rebecca Minkoff, Alexis Bittar, Deborah Lloyd, Adam Selman, and The Color Purple’s Cynthia Erivo that her Ab Fab affection is no joke. “When [Hearst legend] Sergio Kletnoy, for whom this is the equivalent of his wedding, came to interview with me, he had come from the music business as LA Reid’s assistant,” she said. “I asked him, ‘What do you know about the magazine business? What do you know about fashion?’ He said, ‘I know a lot about it!’ I asked, ‘How?’ and he said, ‘I’ve watched Absolutely Fabulous!’ That was the perfect answer. I hired him immediately.” During lunch she had a fantasy realized and interviewed Saunders and Lumley, who later charmed the small crowd into taking selfies in gold Absolutely Fabulous baseball caps. Beyond fab.

We jotted down a few highlights from their chat.

Why AB Fab has endured: “It’s got a very good friendship. All of us have people who are our friends—they might not be the best people in the world, but these two are just devoted. They are inseparable. There’s something quite attractitve about that. For 25 years, we’ve been in people’s consciousness. We’ve always been best friends.” —Lumley

Could it be green lit today? “Many people are offended too easily now. It’s really hard to do comedy now because everyone seems to take offense to most things too easily. I think social media adds to that.” —Saunders

Kate Moss: “She does all her own stunts. In fact, she was rather great. We had to put her in the Thames in a ball gown. It was a hideous day. She was shivering, people were running up with blankets and cups of tea, and she said, ‘Listen, if this was a photo shoot, they’d just say, ‘Stop f***ing shivering!'” —Saunders

What they forgot to ask Kate: “We had written and sold the film and by the time someone said, ‘Kate’s alright with this?’ I thought ‘Oh, I hadn’t asked her…’ But she was cool.” —Saunders

That time Naomi Campbell was on their TV show: “One day one, Naomi Campbell was about three hours late. We have a fantastic floor manager who she went up to at the end of the day and said, ‘Now darling, may I take you aside to say that you are working with professional actresses who all show up on time and they know their lines. Darling, you do that tomorrow or you’re out!’ The next day Naomi was there at 9 in the morning. So maybe in her past no one told her to be on time. They just expected her to be a diva. She was great.” —Lumley

How’s post-Brexit England?: “Once we all got over the depression, then life moves on.” —Saunders

“No matter what happens in Britain, we are part of Europe, we always have been. Everyone’s like ‘Oh, it’s the end of the world.’ It’s not. This has happened and it’s OK. I don’t want Americans to think we’ve become pariahs, because we haven’t. We love Europe, we love Europe! We didn’t actually try to do this. We don’t go out with flags going, ‘Yay!’ We are disgusted and slightly ashamed that this is all Britain can produce. It’s a bit tragic.” —Lumley

What’s next? “This is an actor’s terror…the second you’re out of a job, your life’s over. Something’s bound to happen, isn’t it?” —Lumley 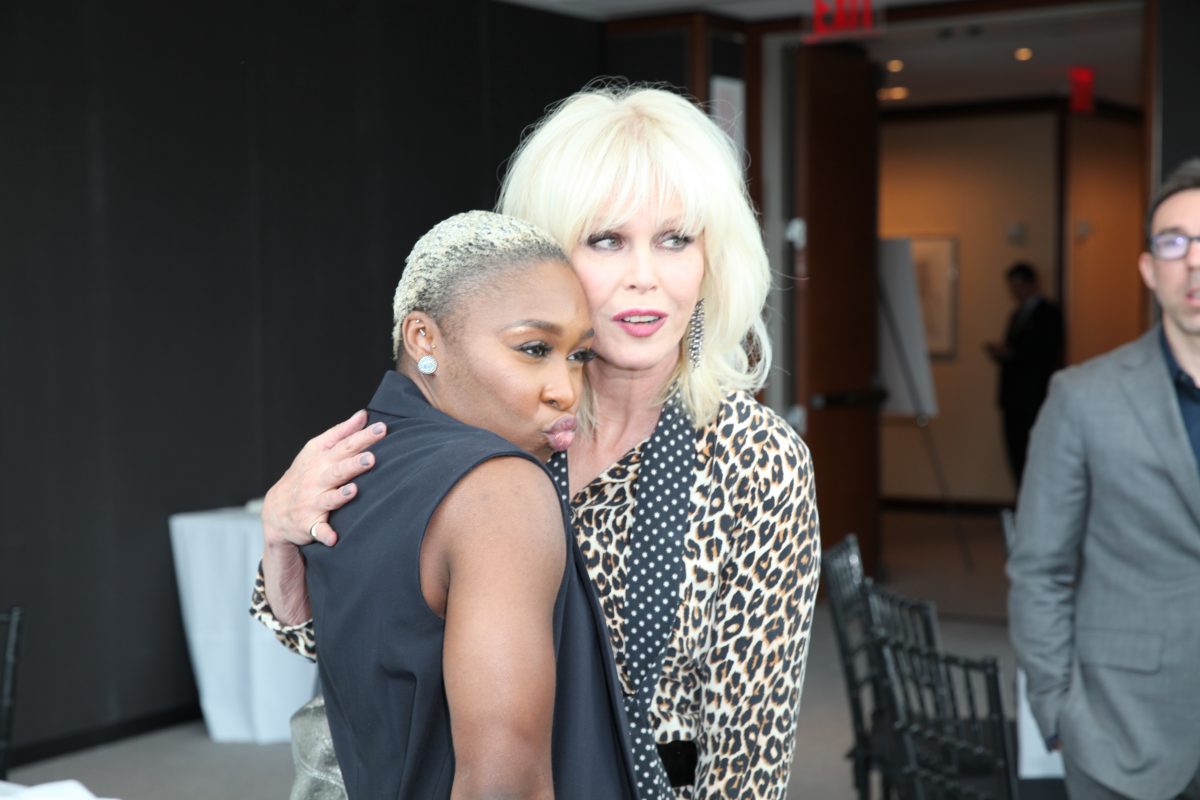 The Cast of the Ab Fab Lunch 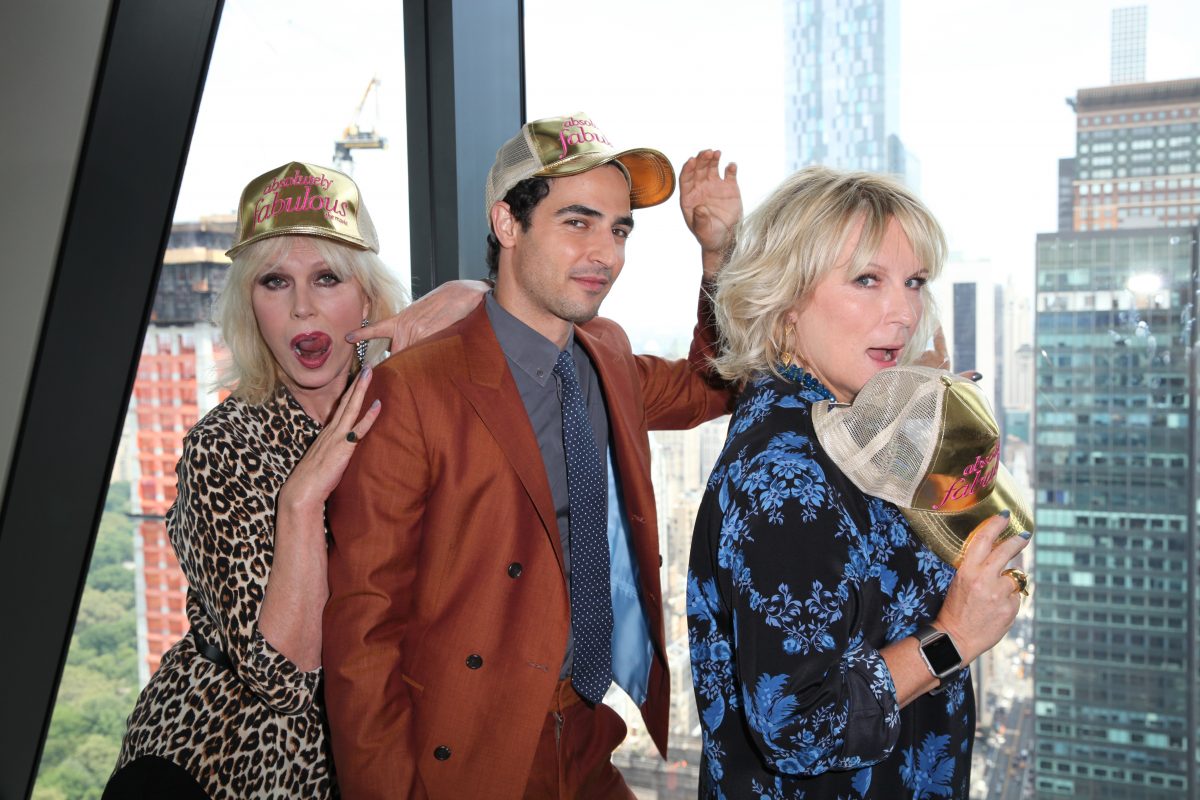 Zac Posen Gets His Moment 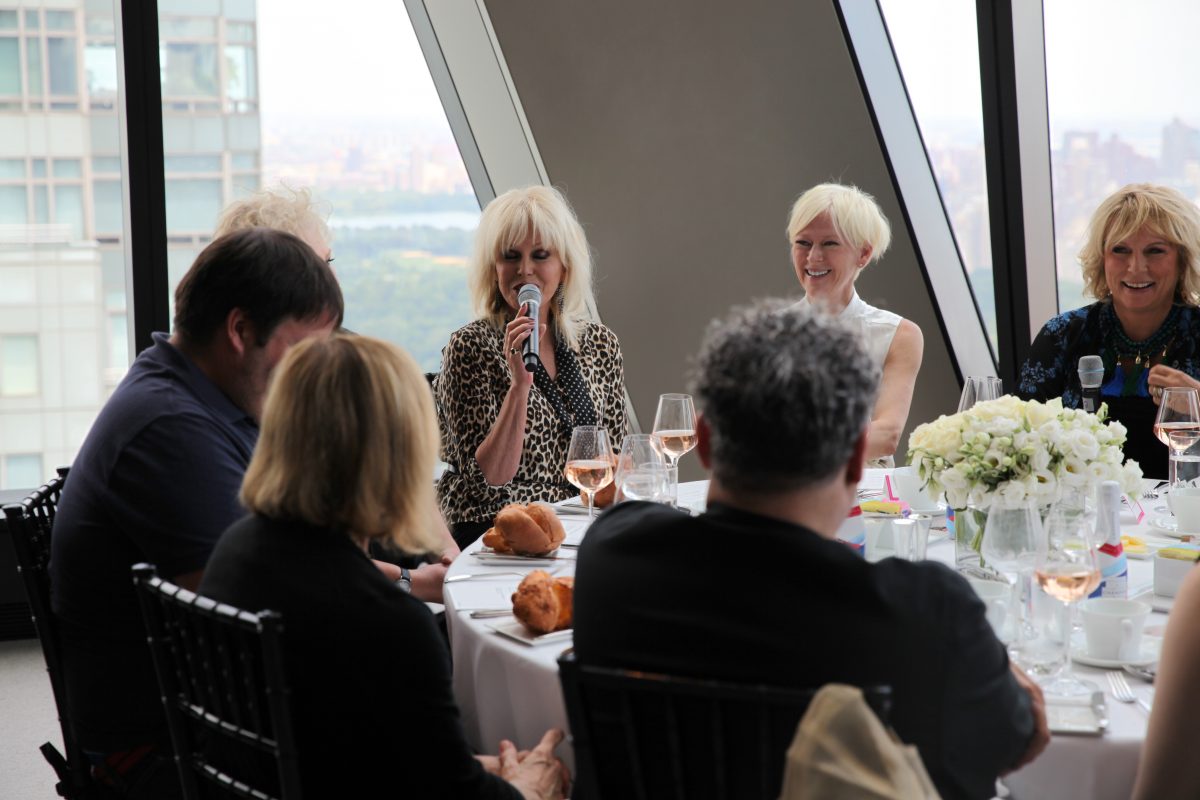 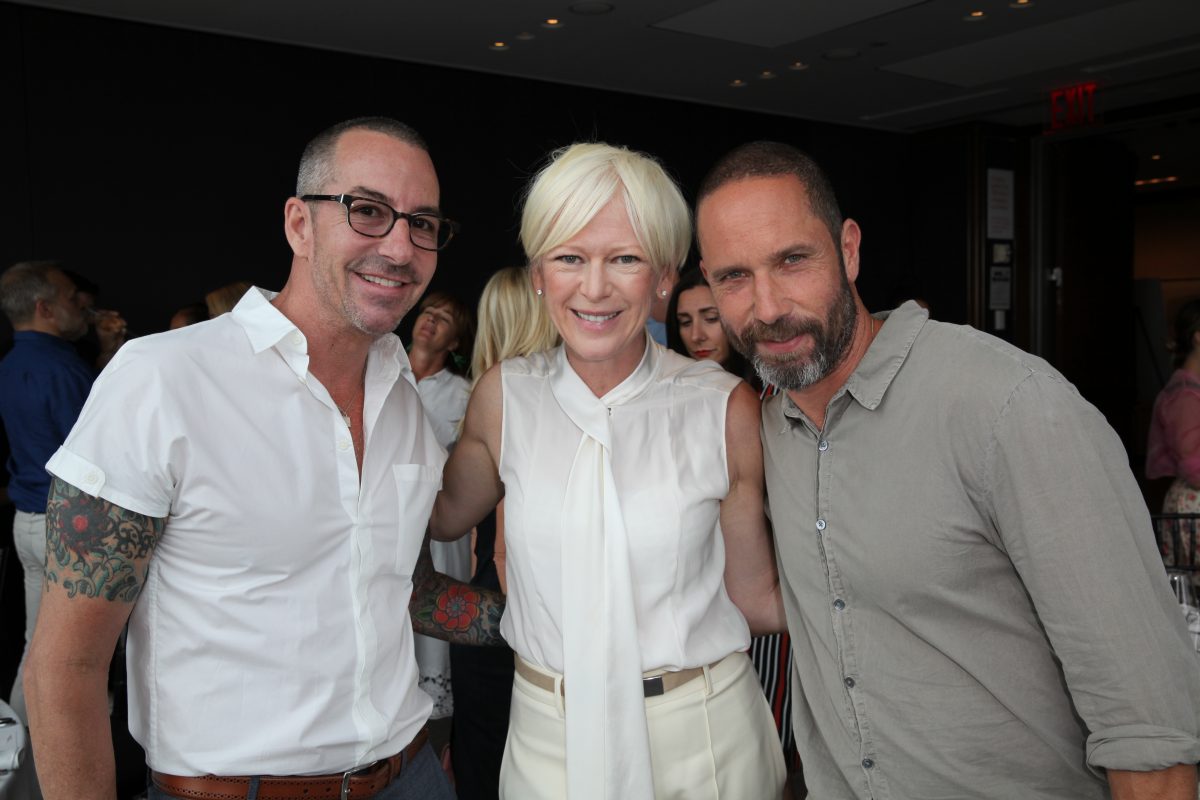 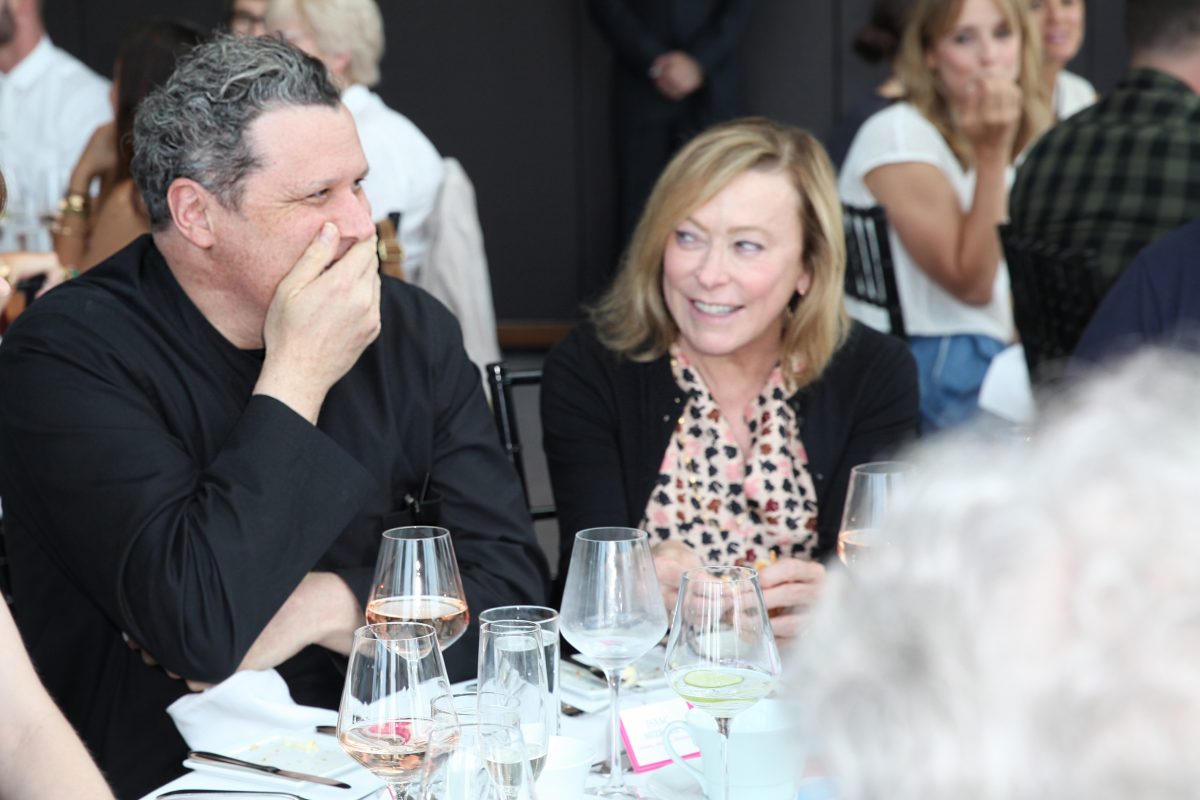 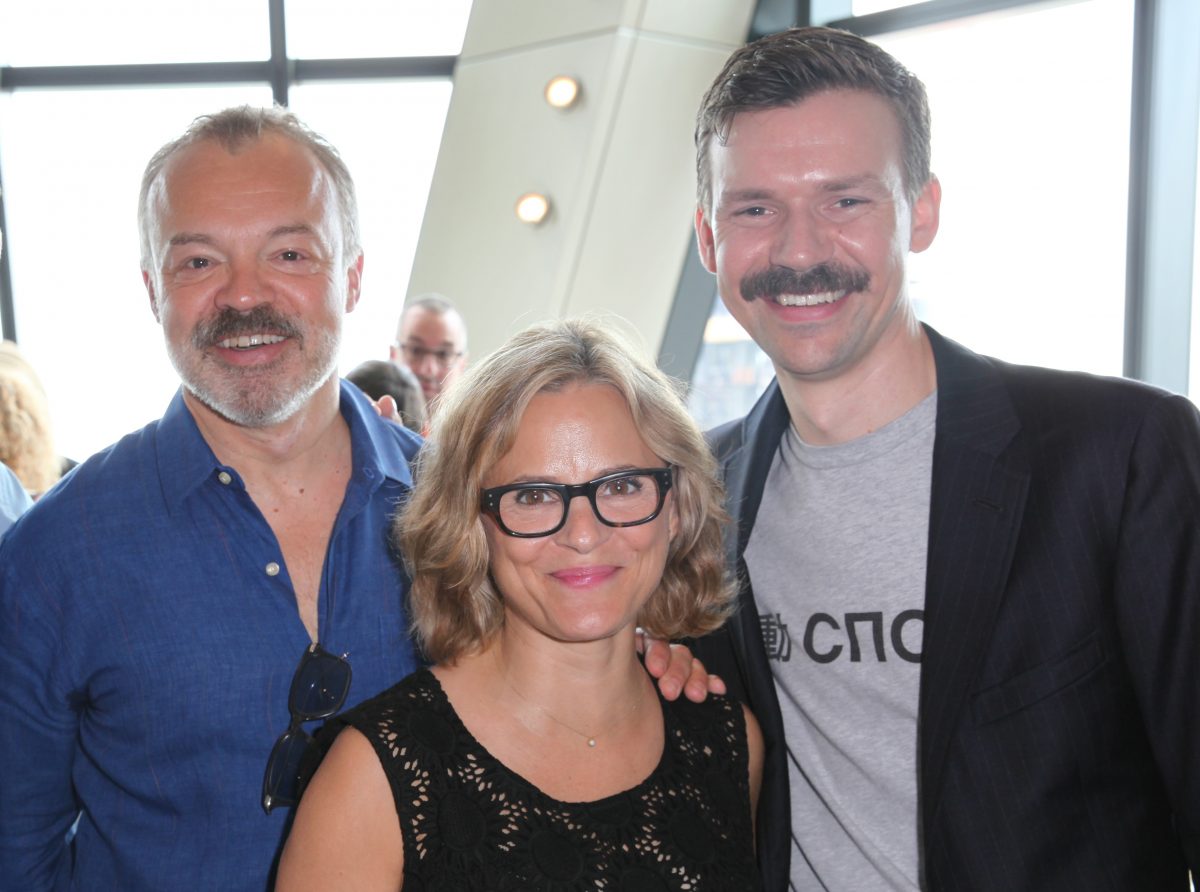