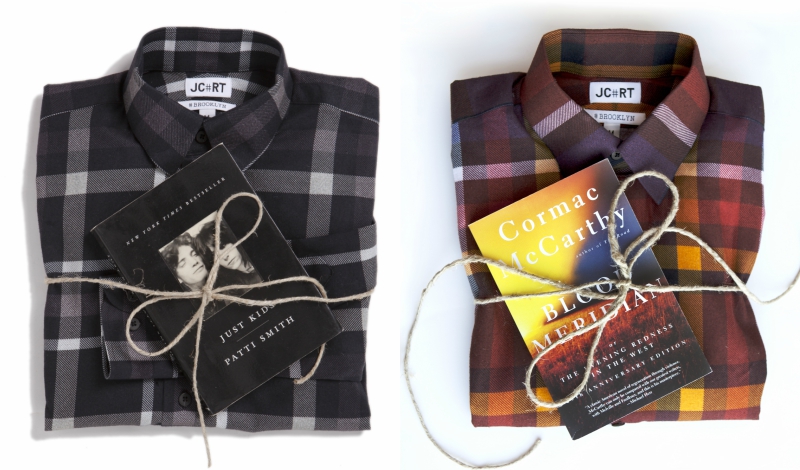 What have Jeffrey Costello and Rob Tagliapietra, formerly of their namesake label Castello Tagliapietra, been up to? A year and a half ago the duo looked to their own sartorial style and began creating a line of custom plaid shirts under the label JCRT. The shirts take inspiration outside of fashion with their colors mimicking the hues of things like vinyl album covers. When Out editor-in-chief Aaron Hicklin discovered JCRT, a new collaboration began to unfold. Hicklin runs an independent bookshop in upstate New York, called One Grand Books, which curates its selection of tomes around the personal favorite reads of celebrated thinkers, writers, artists, celebrities, and other creative minds.

“I created this bookstore a few years ago because I love books and I spend so much of my time interviewing famous people, I just wanted to put the two things together and so I asked some of them to put together what books they love and curated the book store around their selection,” Hicklin told a room of select guests at John Doherty‘s newest iteration of his Black Barn Restaurant in Chelsea Market. The new restaurant sits behind the Black Barn Shop, which was originally founded by interior designer Mark Zeff in Dumbo. Doherty and Zeff have come together in a joint venture merging their two names into a combined restaurant and home goods destination to bring their concepts under one roof. Black Barn shop will now be home to One Grand Books first-ever permanent location in New York City.

“Mark is this curious curator himself and has curated these things from all over the world and brought them into one space,” said Hicklin. “It’s amazing looking around here because you see these wonderful pieces and creations. Some of them are by people I know, like Chris Tennant who is a journalist who creates these amazing tableaus with birds and creatures and frames them. Mark immediately got who we are at One Grand Books and invited us to create a space here. It really reminds me why New York City is such an exciting city, where you can meet people who can create these kind of opportunities. The same thing happened with Jeffrey and Robert—I went to meet with them as an editor to talk about these wonderful customized plaid shirts they are creating. I had known them as designers throughout the years and my work as an editor at Out magazine and I enjoyed their conversation and we started talking about books while they showed me their beautiful shirts that were inspired by vinyl LPs. So I said, ‘Why don’t we do this with book covers?’”

That idea gave birth to the perfect holiday gift (rush over to Black Barn Shop before these limited-edition creations are gone!). Each carefully chosen book cover inspired one of JCRT’s unique designs. “We actually had to develop software and create systems to actually do what we do. One of the things we were really sticklers about was having every single plaid line match everywhere, so it’s almost like a custom bespoke shirt,” Costello told The Daily. “Each shirt is actually printed an hand-cut and hand-sewn individually one at a time. That slowness of getting something that is limited-edition and getting something that’s really made with the love and care of a tailor and a cutter and all of that, which was how we wanted to do fashion.”

Each book that gave birth to a plaid shirt, was hand-selected by a celebrity or public figure. A red, grey, and black plaid, for instance, comes paired with Derek Jarman’s Modern Nature, which was personally selected by Tilda Swinton. For a full rundown of who selected each book head over to One Grand Books. “As consumers, we’ve always been huge fans of book cover art—it’s a beautiful thing,” said Tagliapietra. “I think that’s the first thing you look at, but it’s more special when you create a plaid that you love with that meaning behind it, which is really what our brand is about. There’s a bit of a nostalgia aspect to it where someone can be like, Oh I remember that book or record from when I was in college. That connectivity is really special.”

And if you happen to be in the Chelsea neighborhood and are close enough with Costello and Tagliapietra to drop by their studio, ask them to roll out their version of the Bayeux tapestry featuring a 26-foot-long and 3-feet-wide visual history of plaid. “When we did our pop-up shop, the producer who put it together told me he loved my illustrations that I had done for Kheil’s six months earlier and he said, ‘What if you did a Bayeux tapestry that was all about the history of plaid?’ said Tagliapietra. “This was three days before the pop-up was about to open. [Laughs] Of course, being the crazy person that I am, I stayed up for the next three nights making this thing.”

To further illustrate how much love goes into their craft at JCRT, Costello said they had also created some plaids over the summer to help support trans people in the military. “We just did a mock-up the shirt and each shirt was individually made as they were purchased for that customer and delivered in a couple of weeks,” said Tagliapietra. “That’s something that we’re going to be doing a lot more of because it’s an amazing opportunity to not have to invest but to be able to give back. We were able to give entire profits to that cause and it was no skin off our backs other than just the creation part, which is a beautiful thing anyway because you’re creating something which you know is doing good.” 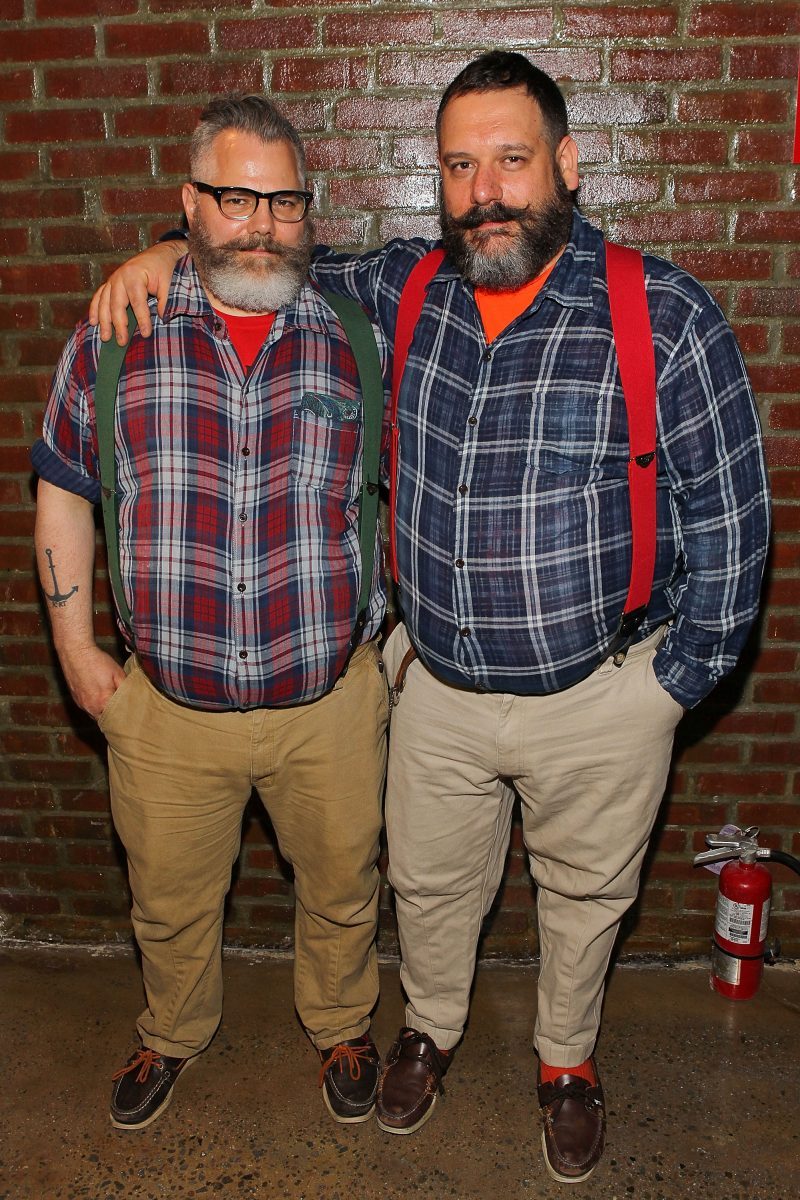 Daniel Day-Lewis Rumored to Be Tapping Into...

The 7 Best Moments from Inside the...