Jason Wu and Karen Elson Team Up for His Spring Campaign 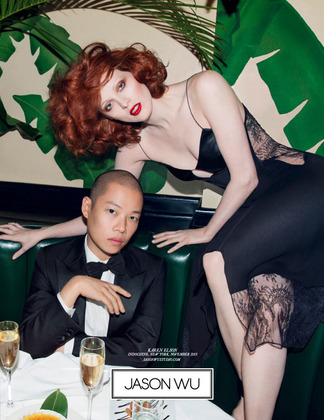 Jason Wu has officially started a tradition of having iconic mods appear in his campaigns, with Karen Elson as the latest major face to front for him. Elson follows former Wu campaign gals like Stephanie Seymour and Christy Turlington. Inez van Lamsweerde and Vinoodh Matadin captured this super glam image at Indochine; the shoot was styled by Kate Young. What’s for dessert?

Shot of The Daily: Unnecessary Image of Justin Bieber Looking Like A Tool