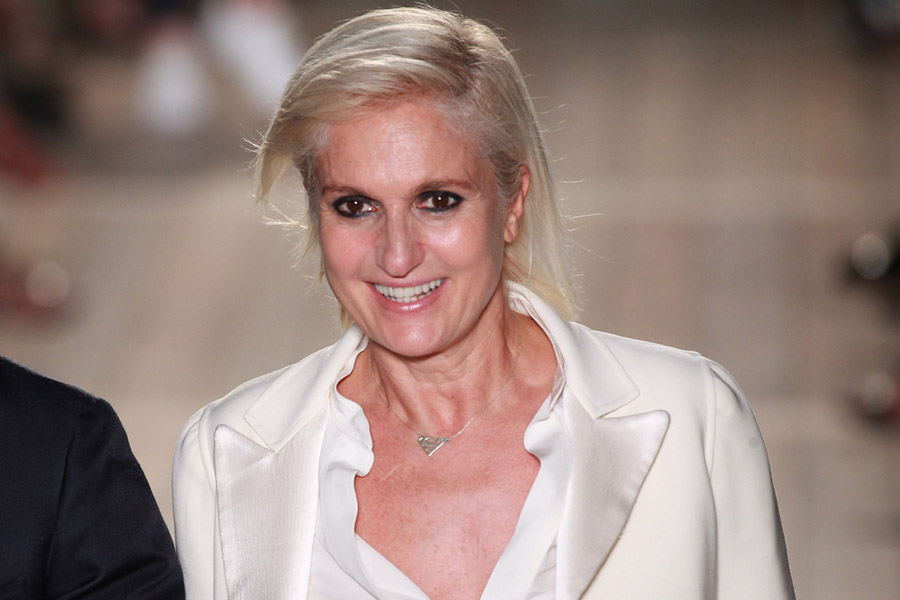 On the heels of Valentino’s announcement that Maria Grazia Chiuri would be departing the label and Pierpaolo Piccioli would be the sole creative director, Dior has officially confirmed Chiuri as its seventh couturier. Chiuri, who was spotted taking in the Fendi show at Rome’s Trevi Fountain last night alongside Piccioli, will begin her new role as soon as next week and will show her first collection in Paris on September 30 for the Spring 2017 ready-to-wear season. Her first couture show will debut in January during Dior’s 70th anniversary (no pressure!).

According to Business of Fashion, Sidney Toledano claims that it was Chiuri’s straightforward and direct manner that won her the coveted role at Dior. “We were talking about the vision of the woman of today, of tomorrow, of the young generation,” Toledano told BoF. “The woman in different occasions — when she works, when she is shopping, when she is going for a cocktail or dinner. She has a global experience and big intuition, at the same time she is really pragmatic and the way she talks about it, it is very clear.”

Chiuri will be in charge of ready-to-wear, couture, and accessories at the French house. She is the first woman to ever hold the role as artistic director at Dior. Brava!