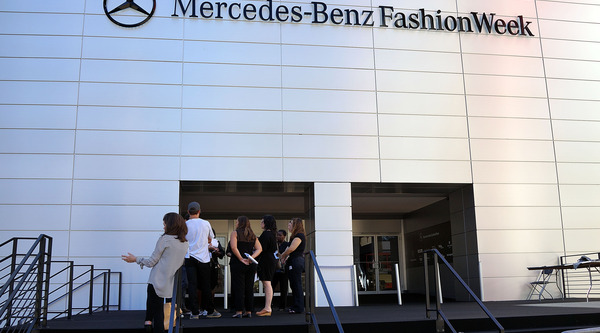 (NEW YORK) Prepare to view those Fall ’14 collections in a slightly retooled setting at Lincoln Center come February. Mercedes-Benz Fashion Week has announced its plan to overhaul the current setup for their bi-annual runway extravaganza. IMG Fashion, the company responsible for the production of fashion week, is spearheading the changes that will refresh venues and revamp show formats. The idea for the changes came to fruition from anonymous designer surveys conducted by IMG, along with input from the CFDA.

IMG’s senior vice president and managing director of fashion events and properties, Catherine Bennett, has honed in on the major issues with the current system in place. She explained to WSJ: “What used to be a platform for established designers to debut their collections to select media and buyers has developed into a cluttered and exhausting period for our industry to effectively do business.” With the slew of changes, Bennett intends to be mindful of prominent designers, the media, as well as younger, emerging designers with abbreviated budgets.

To weed out hoards of bloggers, photogs, and fashion fans that have minimal ties to the industry, tickets will become a prized possession (once again), due to smaller audience sizes. Fashion journalists across the board will be affected; there will be 20 percent cut in media guest lists for runway shows. In order to maintain this promised crowd control, IMG has announced plans to reconfigure show spaces at Lincoln Center.

The Theater, which plays host to the largest shows, will remain reserved for heavy crowds, but will feature a backstage area more conducive to interviews in addition to a green room where VIPs can find a moment of solitude. What used to be the Stage is being retitled as the Salon, and the slightly smaller venue will only accommodate an audience of 500. In addition, an entirely new space, the Pavilion will offer designers a more modern venue to showcase their collections, also allowing them the opportunity to personalize the seating. Removed from Lincoln Center, the Hub at Hudson will divert crowds a few blocks south to The Hudson Hotel. This is the least pricey spot to show, which will cater towards burgeoning designers. The Hub at Hudson will be made easily accessible for showgoers via a shuttle bus.

Further changes will lower the prices at each of the aforementioned venues. The Hub will run a tab of $15,000, down from the price tag of $18,000 at its predecessor, The Box. Nabbing the Salon for a show will run you $45,000, compared to the $47,500 cost of showing at the Stage. Those costs get shelled out for only ten minutes of show time, in addition to many, many hours of prep.

With fashion week still months away, the effectiveness of these measures has yet to unfold. But these shifts, in addition to few other changes at IMG, are sure to present a NYFW full of tweaks on all fronts.