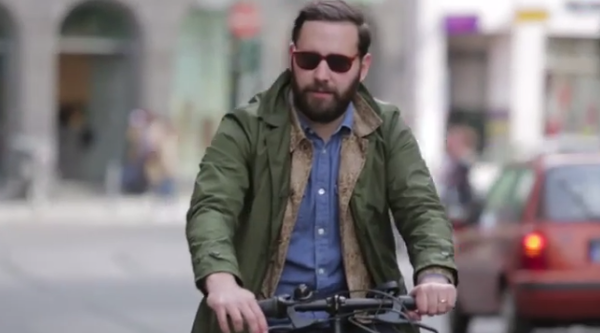 (NEW YORK) Erstwhile American travel mag Holiday is getting a France-based redux: the glossy is being resurrected by artistic director Franck Durand and fashion journo Marc Beaugé as editor-in-chief, decades after the title called it quits in the late ’70s. The biannual publication, dubbed an “international travel and style review,” will be produced in France but published in English. The relaunch issue, priced at 13 Euros (approximately $18), will have a circ of 25,000 copies, and global distribution at 800 stores internationally, including Around The World in NYC and Colette in Paris. As for the issue’s theme? The number 69, inspired by the year 1969. Expect some brand expansions to follow: Durand and Beaugé plan to open a cafe in Paris in 2015, and will roll out a line of products including T shirts and a candle, according to WWD.  Durand’s previous experience includes art direction on ad campaigns for the chic likes of Balmain and Isabel Marant. The mag has full-fledged site, as well as a Twitter account (with four followers) and no tweets yet. The first issue of the mag’s redux weighs in at 152 pages, 23 of which are ads from brands like Miu Miu and Dior Homme. Its feature well for issue une includes an at-home with Inez van Lamsweerde and Vinoodh Matadin.

Holiday launched in 1946, and was bought by Philadelphia-based Curtis Publishing Company, which published Ladies’ Home Journal and Saturday Evening Post at the time. The mag was edited by Ted Patrick, and Frank Zachary was the long-form feature mag’s art director. Zachary and photog Slim Aarons first collaborated at Holiday, and later worked together at Town & Country, where Zachary went on to be EIC. The mag was merged with its competitor, Travel, in 1977, relaunched as Travel Holiday, overseen by Reader’s Digest in the ’80s, then sold to former ELLE publisher Hachette Filipacchi, which officially folded the mag in 2003.