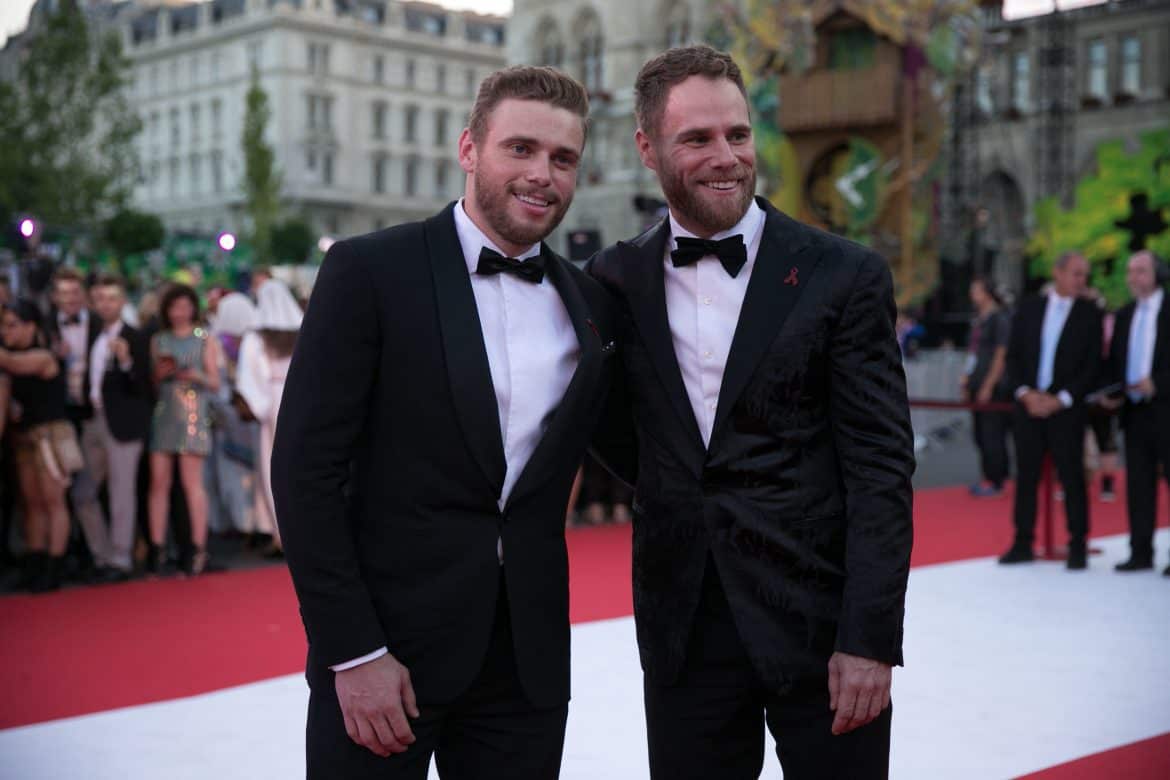 Olympic silver medalist Gus Kenworthy was in Vienna this weekend to celebrate the 25th anniversary of Life Ball and appear on stage to talk about the work of Broadway Cares/Equity Fights AIDS. At the event, he talked to us about his first trip to the Ball, the memorable flight there, and even sang us a few notes from The Sound of Music.

Have you ever been to Vienna before?
I’ve been here for a lot of skiing things. This is my first time being here in the summer and my first time at Life Ball. It’s a trip! I’m so happy to be here. It’s such an honor and truly wild.

What did you think of the plane ride here?
It was really crazy, though, I was sort of was prepared for it. Everyone had said, ‘Get ready, the plane’s crazy.’ In past years, Amanda Lepore was walking down the aisles naked, so I was definitely expecting a lot. But right from the get-go it definitely lived  up to expectations. Kelly Osbourne did the on-flight announcement, and the flight attendants were modeling through the aisles. And then pretty much right after take-off, nobody was in their seats, people were switching seats, wandering around, there was a ton of people drinking in the back of the plane, straight from the bottle. We were partying. People were doing everything you’re not supposed to do on a flight. People were making out, people were taking their shirts off. It was fun! 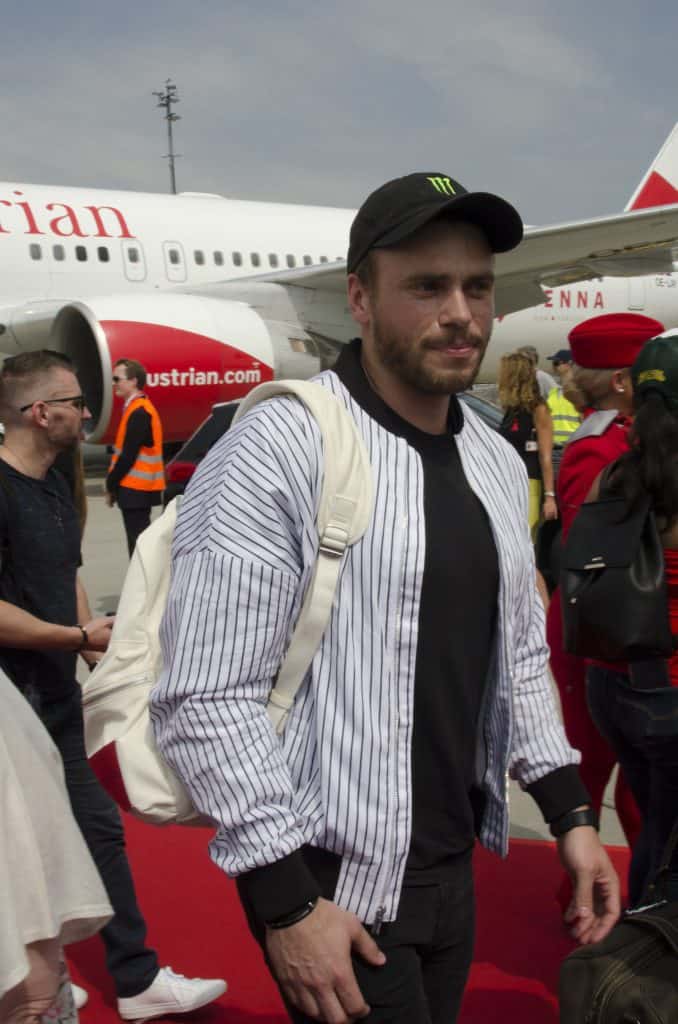 Why did you want to come to Life Ball?
I actually really didn’t know a lot about Life Ball. I think I had heard of it, but I didn’t fully understand what it was. I was asked to be here on behalf of Broadway Cares: Equity Fights Aids and I looked into it, and immediately knew I wanted to come here.  The fight against HIV/AIDS is so important and Broadway Cares just does amazing work. They put so much money into social service grants that help people in the U.S. living with HIV/AIDS. Men, women and children get access to medicine, medication, raise awareness, help them in so many different aspects of their life. And in the U.S., 75-percent of the people that are living with HIV/AIDS are doing so at or below the poverty line.  Medications for HIV/AIDS is very, very expensive. It’s so important to have foundations like Broadway Cares, supporting people in the U.S. with HIV/AIDS, and raise awareness. I think a lot of people think of it as this epidemic from ‘80s, and then sort of forget about it. It’s very real, and it’s worldwide. It’s not a ‘gay’ disease, it’s not a ‘black’ disease, it’s not any of the things that people stereotype it as. It’s something that can affect anybody and everybody, and it does around the world. It’s super important to try and eradicate it, find a cure, raise awareness, make sure that people are getting tested and know their status.

You’re here with Broadway Cares and this year the event is paying homage to The Sound of Music. Do you have a favorite song from the musical?
Hmmm… [Starts singing] ‘I am sixteen, going on seventeen, I know that I’m naive.’ I loved The Sound of Music when I was a kid. 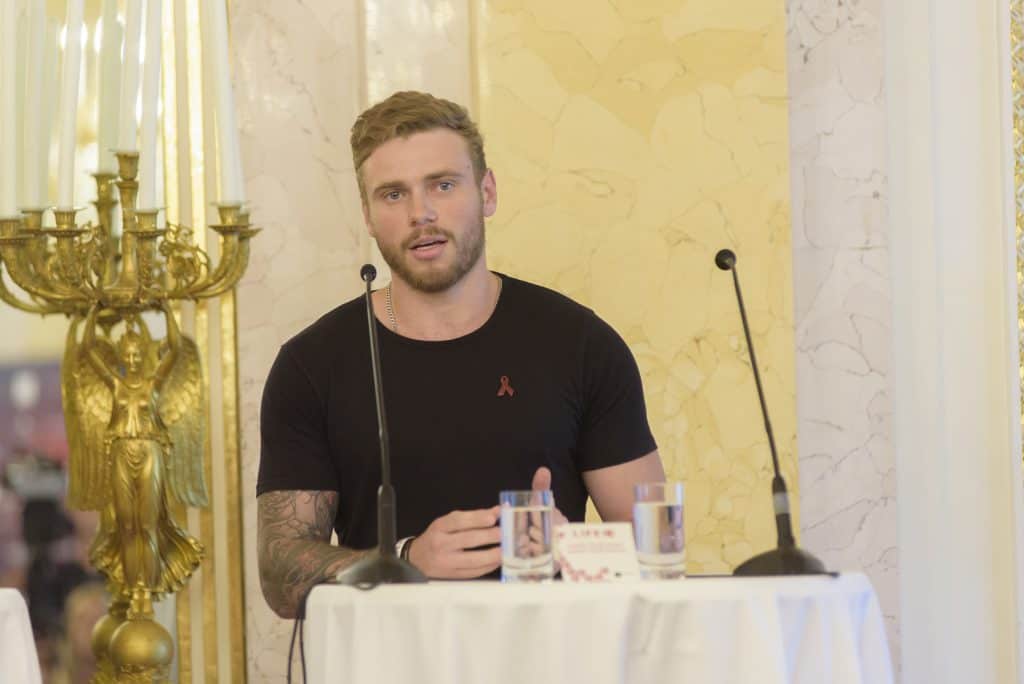 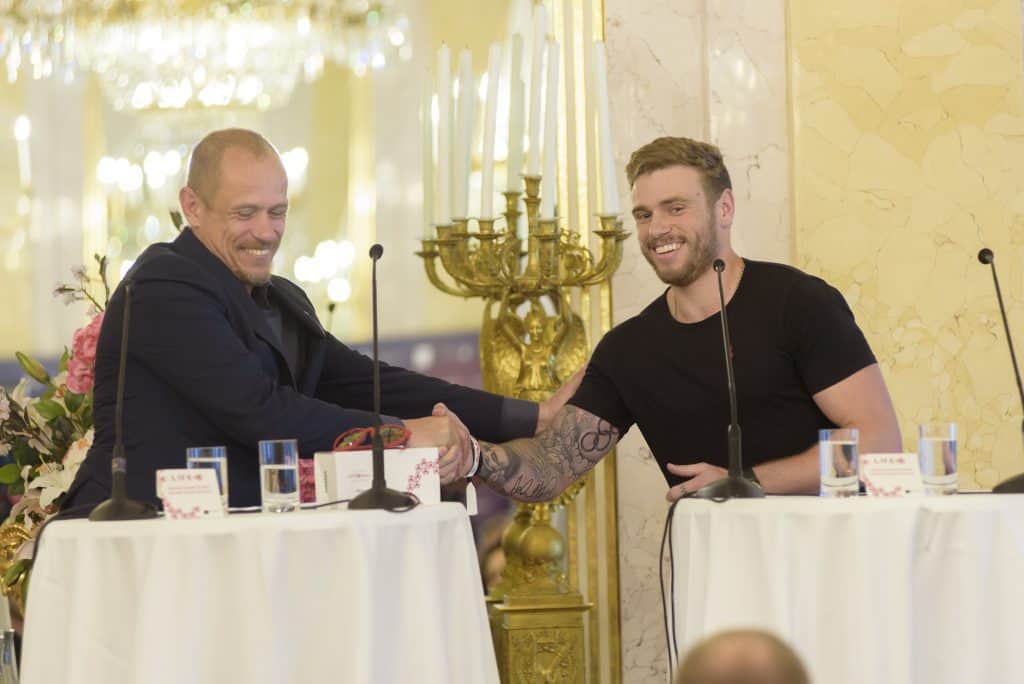 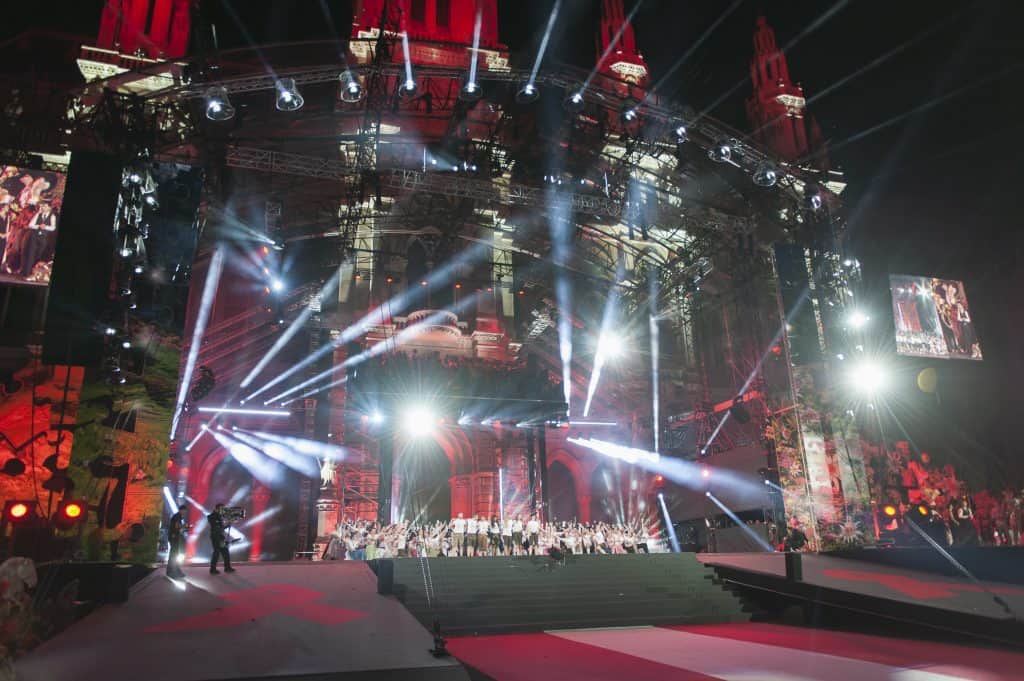