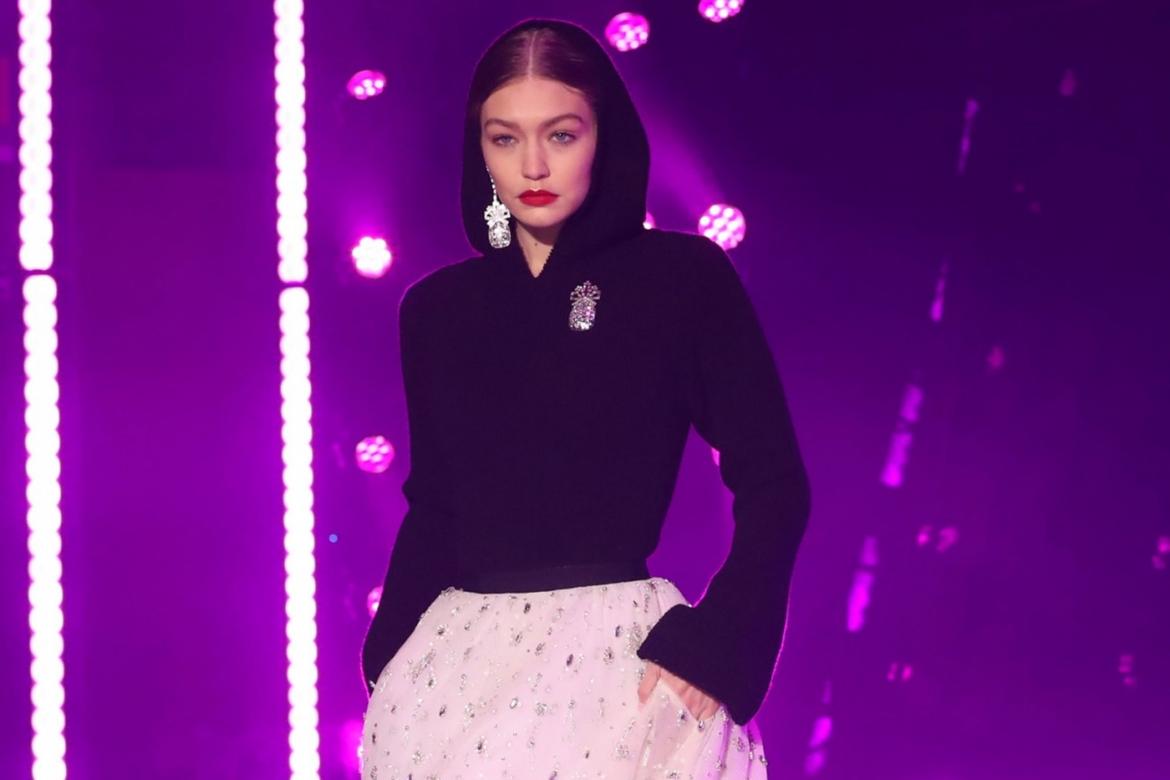 Gigi Hadid Claps Back at Body Shamers (Harper’s Bazaar)
On Sunday, Gigi Hadid took to Twitter to respond to trolls who have been criticizing her for being too thin this show season (the woman can never win with these people!). “For those of you so determined to come up w why my body has changed over the years, you may not know that when I started @ 17 I was not yet diagnosed w/Hashimoto’s disease; those of u who called me ‘too big for the industry’ were seeing inflammation & water retention due to that,” she said in her first tweet. She went on to express her frustration at constantly having to engage with people about her body and her looks and concluded by imploring her followers (and all humans) to learn a little empathy. Here, here!

Please, as social media users & human beings in general, learn to have more empathy for others and know that you never really know the whole story. Use your energy to lift those that you admire rather than be cruel to those u don’t.

The wedding service will begin at 12noon at St George’s Chapel. The Dean of Windsor will conduct the service and The Archbishop of Canterbury will officiate as the couple make their vows. pic.twitter.com/dTS56fy22c

10-Year-Old Drag Kid Walks the Runway at Gypsy Sport (Fashionista)
Drag kid Desmond Napoles (aka Desmond Is Amazing) made his runway debut last night at Gypsy Sport’s fall 2018 fashion show where he was welcomed with cheers, smiles, and lots of camera flashes. The 10-year-old rose to fame within the LGTBQ community in 2015 after attending (and vogueing at) Pride in New York City.

Repost from @voguerunway. I am officially dying. Dreams do come true! Not only did I walk in @nyfw for @gypsysport, but I was in @voguerunway! Dying from happiness. 😋 I FEEL A-MA-ZING!!! I am so thankful for all the opportunities today. I am so grateful for the love and support. ❤ . . . . . . Hi! 👋 I’m 🌟 Desmond 🌟 from NYC. 🗽 . I’m a drag kid, dragutante, dragketeer, and draganista doing what I like to call kinderdrag 🍭. I’m a total drag slayer 🐉. I am also the youngest member of the original iconic pioneering voguing ballroom house, the House of UltraOmni. . I have the best 😘 fans, my AMAZIES! I am sincerely grateful for your love ♥ and support. . I call my looks ‘androgynously’ and my style 🎨 ‘avant drag’. I’m inspired by RuPaul, the fashions of the Club Kids and Blitz Kids, the artists Andy Warhol and Keith Haring, designers John Galliano, Alexander McQueen, and Commes Des Garçons, Nelson Sullivan videos, altdrag, and do-it-yourself drag ✂. I design or style my own outfits. . I’m an awarded LGBTQ advocate. Marsha P. Johnson is a huge inspiration and motivation for me. My motto is “Be Yourself, Always” 🌈. . I am also the founder of the first drag house for drag kids, the @hausofamazing, set to open for membership soon (tentatively March 2018). . . . 👉  #altdrag #androgynously #avantdrag #boysinmakeup #clubkid #clubkids #diydrag #draganista #dragart #dragartist #dragketeer #dragkid #dragkids #dragqueer #dragslayer #dragsuperstar #dragutante #futureofdrag #genderisadrag #kidsindrag #kinderdrag #mydragisamazing #mygenderisamazing #nycdrag #preteenqueen – #desmondisamazing #beyourselfalways #amazies – #houseofultraomni #hausofamazing

Pyer Moss Debuts Reebok Collection at Fall 2018 Show (Fashionista)
Chicago rapper Vic Mensa opened Reebok’s portion of the show, which was full of unisex apparel, accessories and footwear. The collection will officially launch at select high-end retailers and Reebok.com in the fall. 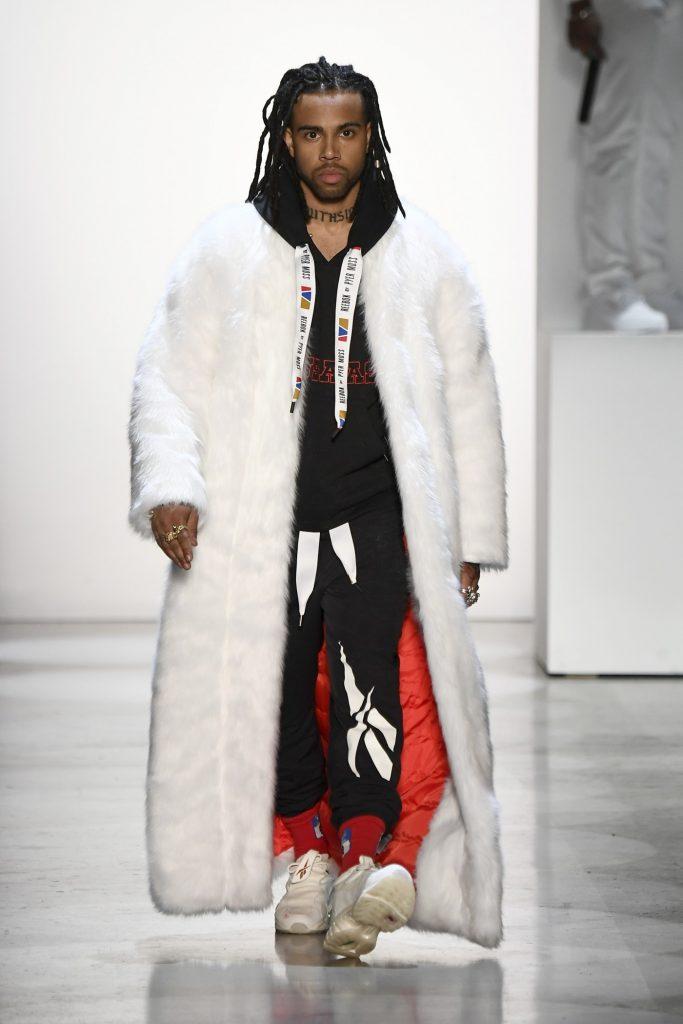 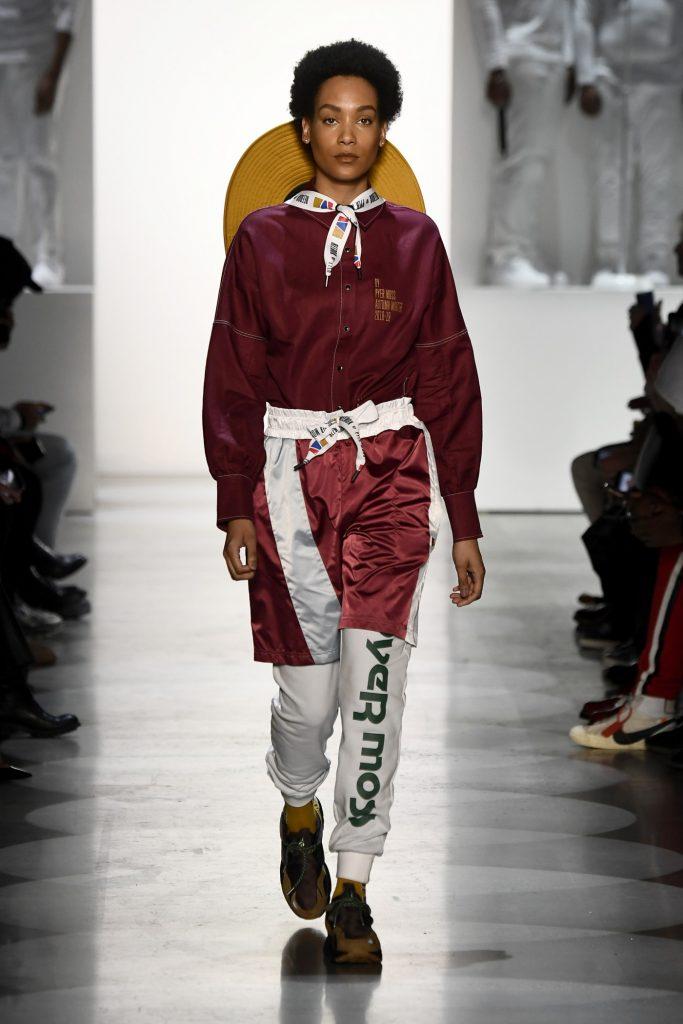 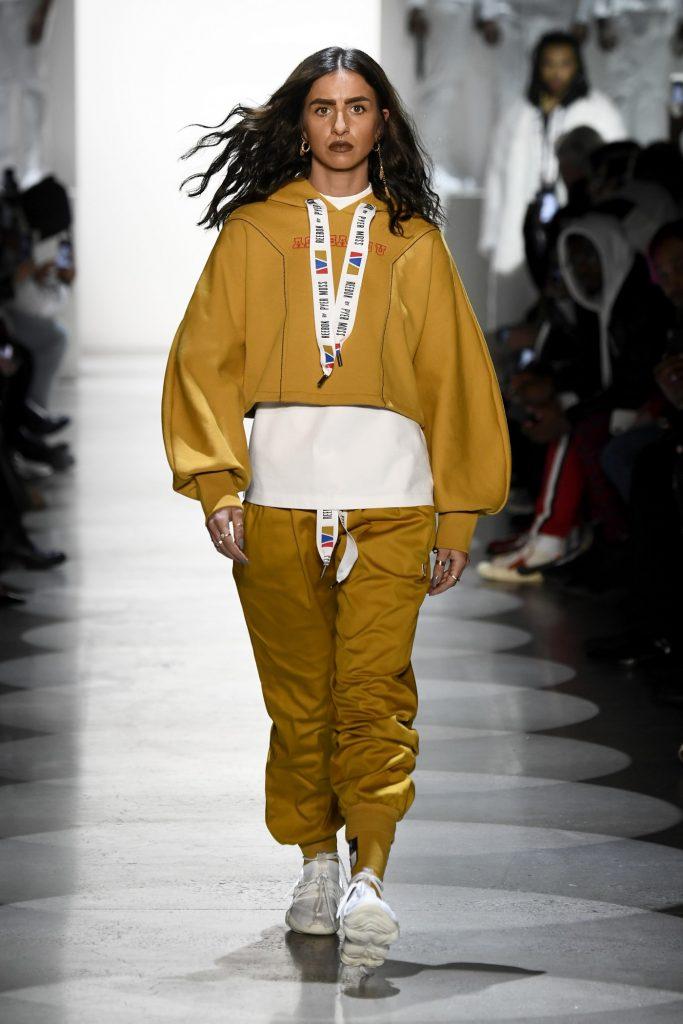 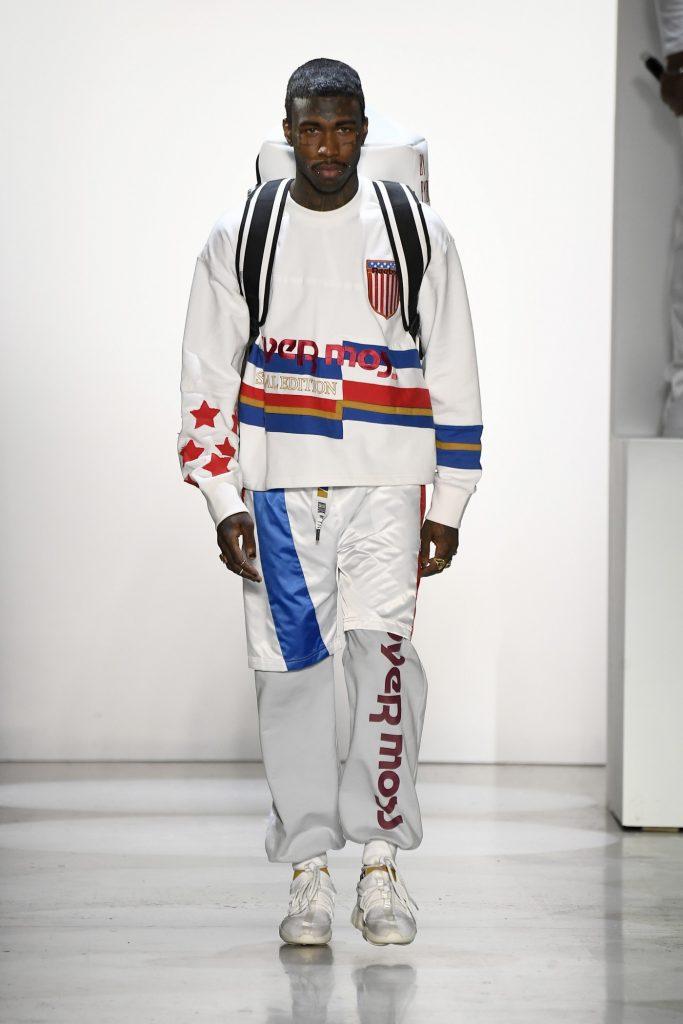 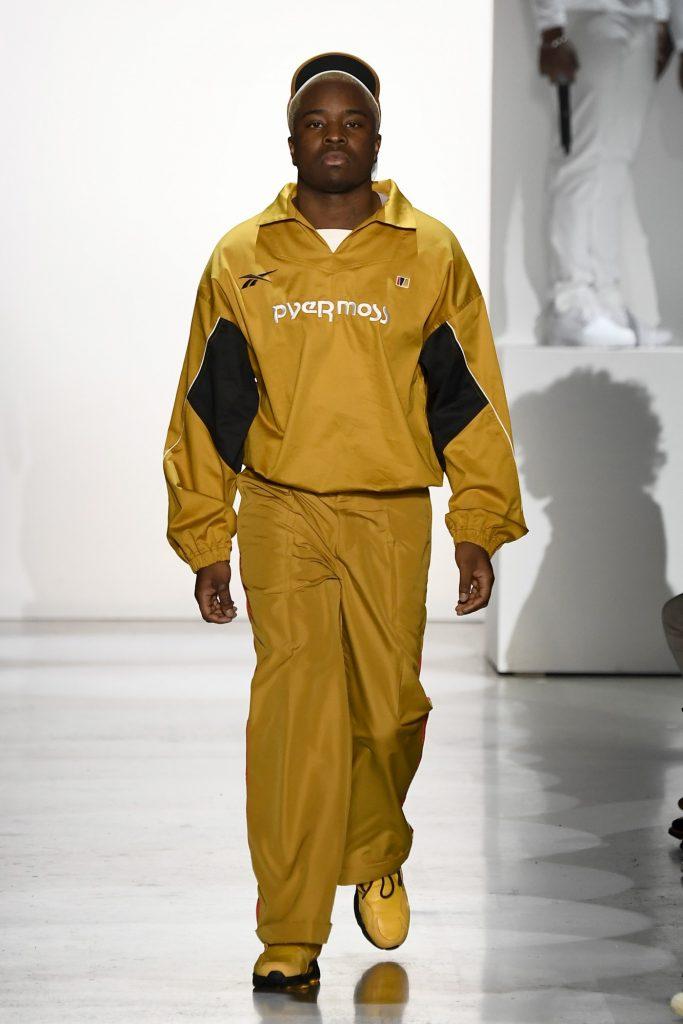 “Fifty Shades Freed” Wins the Box Office With an Opening Weekend of $38.8 Million (Variety)
The finale of the “Fifty Shades” trilogy, Freed also launched in 57 international markets over the weekend, earning a further $100 million and bringing the franchise total to about $1.09 billion. 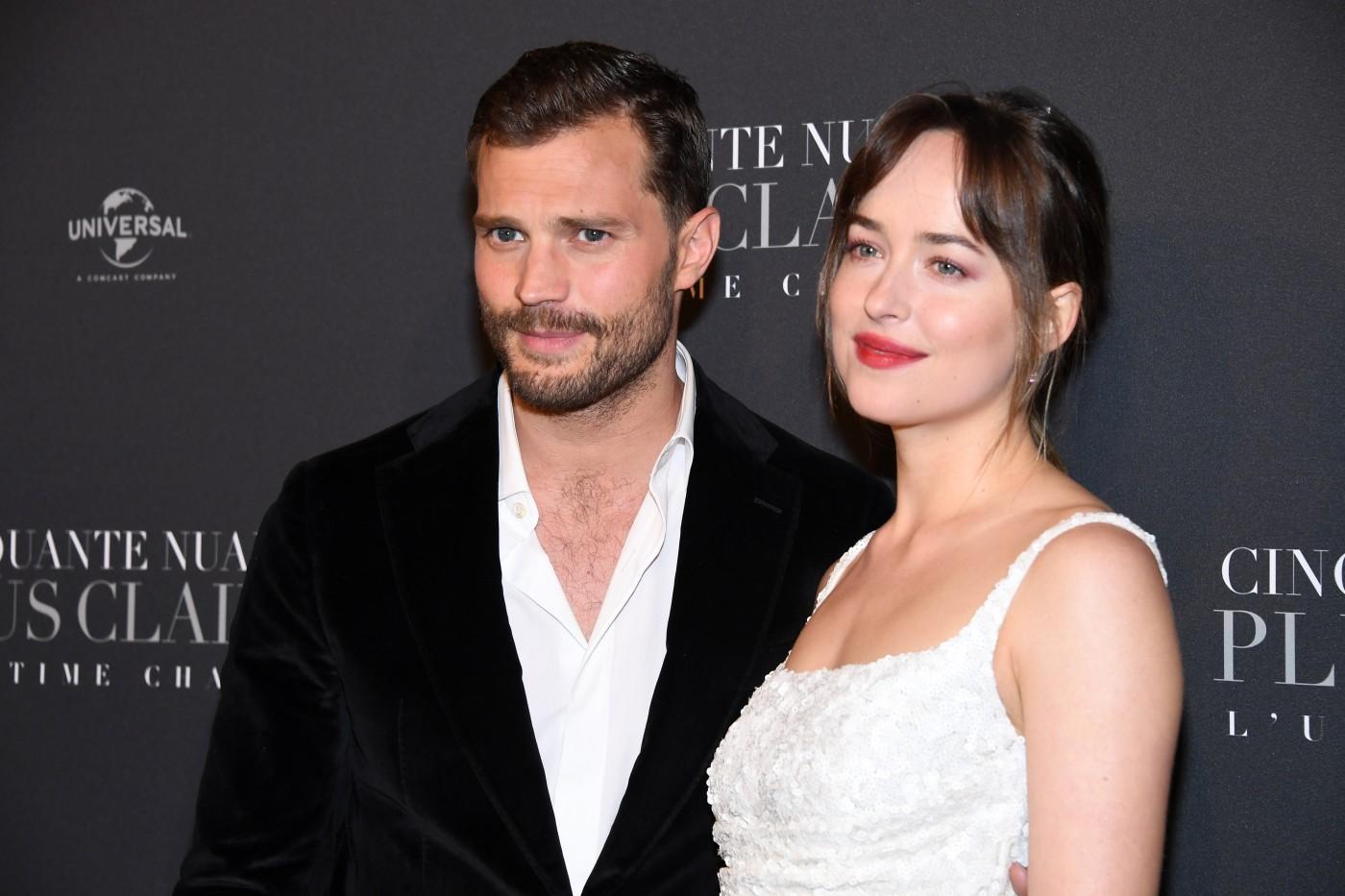