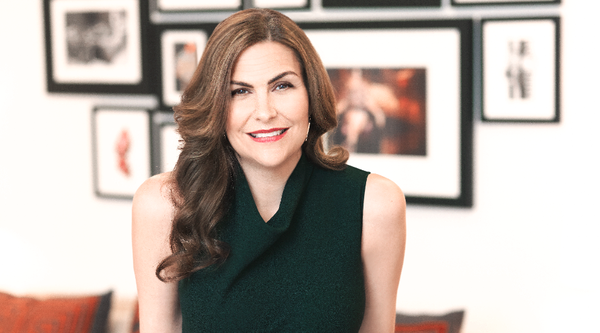 (NEW YORK) In case you missed some of our fave features in The Daily in print as you were dashing from show to show this NYFW, we’re rolling out some gems for your post-fash week recovery (or, perhaps, as you’re killing time between shows in Paris!). For the new publisher of the staggeringly weighty InStyle, the fashion beat is no strange territory to Karin Tracy. Neither is Time Inc. stardom, which came to her in the form of publisher titles at People StyleWatch and Entertainment Weekly, after a brief stint at InStyle as former publisher Connie Anne Phillips’ right hand. As for the pressure factor? She’s loving every minute.
BY ALEXANDRA ILYASHOV

So what’s your story, Karin?
I grew up in Staten Island and went to FIT for marketing. I got an internship at Giorgio Armani in the early Nineties and worked there full time while I was still at FIT. I started out just answering phones, but eventually I landed a position in the advertising department. After graduation, I got hired full time and stayed for five years. Then a lot of publishers I sold ads to began to tell me I should transition to that side of the business.

What do you think they saw in you?
It takes a certain personality. I did it: I took the leap and started my first fashion job at Marie Claire, and it was really fish to water for me. The position is either right or it isn’t. Today, it’s very hard to pluck people from the client side. But back then, I had to convince people I could transition from the girl people sold things to, to the girl who could sell things to people! I had more of a marketing head than a typical person in sales.

How did you ascend in the biz?
Next, I went to Harper’s Bazaar, because my Marie Claire publisher got promoted to Bazaar and took me with her. Then I took a bit of a detour to the indie side and worked at Interview. There aren’t large marketing and creative departments there, so it was really hands-on, and I gained all my connections to the major European fashion houses.

How did you hop back to the big business realm?
I went to Condé Nast to work on Teen Vogue during the launch year. I was the ad director for a couple of years, then got promoted to associate director at Lucky. It was just the next step of moving to a larger book. I spent three years there, then I got lured away again, to InStyle.

How’d you get on Time Inc.’s radar?
They actually came and found me! I got a call from Time Inc. It was a chance to work at a powerhouse magazine. I used to buy InStyle as a client and also as a consumer; I’m just obsessed. I started out as the associate publisher. The book literally doubled in business and got named Time Inc.’s Magazine of the Year in 2010. Then I was publisher of People StyleWatch for a year.

Why’d you head to Entertainment Weekly in 2011?
The management team here realized that I had the ability to take a brand and grow it to the fullest potential. My entire first year at Entertainment Weekly was about growing the business. My entire career had been about fashion, so it was great to step into the world of Hollywood.

Do Tinseltown and fashion have much in common?
Both are very nuanced and based on trusting relationships!

Were you at all surprised to end up at Entertainment Weekly?
I was very surprised! But then it became obvious why I was hired. Through my position at InStyle, I already knew the major players and the culture of Time Inc. Working for Entertainment Weekly also requires a certain energy, which I was able to bring.

And now you’re back at your old InStyle stomping grounds!
I always hoped that at some point in my career I’d return to InStyle. The big return was exhilarating and very natural. It just felt right. I already knew the brand  and most of the people. Editorially, all the same people were there, and on the business side a lot of the people I’d hired were still working there. It was very settling seeing them when I walked through the door.

How does InStyle seem different your second time around?
It’s expanded a lot. We don’t just market in the traditional sense. I mean, we just launched a shoe and shirt collection, which is brilliant.

Impressive! And what’s happening on the ad front?
We’ve seen a double-digit increase in luxury fashion and beauty advertisers, which is a huge deal. Our reader makes 7.6 purchases based on ads in our magazine, so there’s a lot of loyalty there.

What’s it like working with Ariel Foxman?
He’s smart, decisive, collaborative, a veteran editor, and a beauty insider. He understands the magazine’s potential and is never afraid to take risks.

Have you ever considered crossing over to the editorial side?
No, I really haven’t. I get a high every time I make a great sale.

Do you feel shaky about what’s happening at Time Inc.?
I’m very excited about our capital getting reinvested into this brand, and I really think there are only good things ahead of us.

Are any of your old cronies in publisher seats by now?
One of my great industry friends is Lucy Kriz, the publisher at W. We actually worked together at Marie Claire. I worked with Melissa Mattiace, the publisher at Entertainment Weekly, back at Teen Vogue.

Do you frequent the Time Inc. café?
I’m not a regular at the cafeteria because I usually go on lunch meetings with clients. I love to have an excuse to go downtown!

Where do you usually go?
My favorite spot for business lunches is Pastis.

What kind of shopper are you?
When you have three kids, you have to alter your technique from shopping as a hobby to shopping as a mission. I walk into a store and know exactly what I want and how it will fit me. I never try clothes on!

Is it tough being a mom and a mag maven?
Of course. Many of my friends in the publishing industry also have children, so they understand the difficulty of finding a balance. There’s definitely guilt that comes along with all the business trips and meetings.

So what’s the secret of your success?
I owe my publishing career to my husband! Once I had children, I debated whether to continue as a sales representative or scale back my work life. My husband encouraged me to go into management and reach my fullest potential. He really made me lean in. I probably wouldn’t be sitting at this desk if it weren’t for him.

According To Elie Tahari, Forty Is The New Twenty