Getting to Know Frankie Grande! 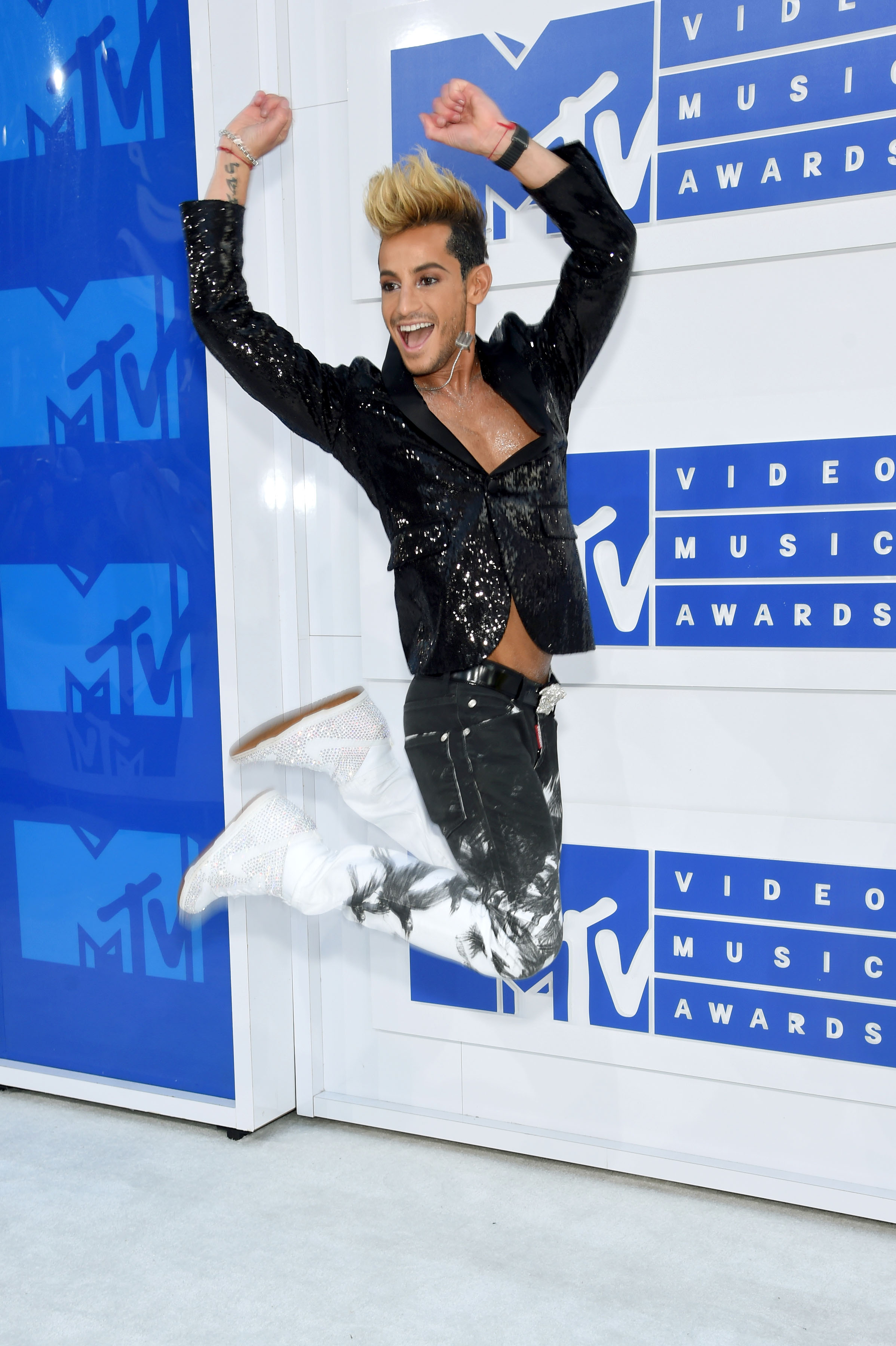 From performing on Broadway to hosting Style Code Live and so much more, Frankie Grande is quite unstoppable. The half-brother to Ariana Grande breaks down his career and why Betsey Johnson is his spirit animal…

How was your summer?
It’s been absolutely incredible. I really don’t even know what country I’m in. [laughs]
That jet lag is coming in, right?
The jet lag is in full force.
Oh my goodness. So what were you up to?
I was on the UK version of Celebrity Big Brother, which was extremely fun; I lived in the house for all 30 days. I was a finalist, which was fantastic, and after that I went on a little vacation to reconnect with nature and Disney, the two things I love more than anything else. Then I just dove straight back in to work!
How did you get started in the entertainment biz?
I was a triple major in school in biology, theatre and dance and got two degrees: one MBA in the arts and a BS in the sciences. I just never really wanted to choose between those two careers, so I allowed theatre to choose me. I was like, ‘Okay fine, I’ll be unemployed for a few months, and if that doesn’t work out I’ll go to med school,’ and I’ve never stopped working ever since. So, med school is still on the back burner. [laughs] All these years later, I was at one job after the next job, after the next, all in theatre, and eventually I made my transition to YouTube, and from YouTube to television, and the rest is history. Here we are, at Amazon.com with the first ever interactive fashion TV show—live!
What’s the best part of being on Style Code Live?
It is by far the guests. We just interviewed Betsey Johnson, and what a fun, unbelievable time. We get to meet such incredible people on the show. I think it’s really fun to hear what these incredible guests have to say about the fashion industry, which is always changing, and I think that it’s also really fun to be part of the forefront of the evolution of fashion. We’re right there.
Had you met Betsey before?
Not before today!
What are your impressions of her?
She is my spirit animal—with her rainbow hair, her sparkly gorgeous nails, and her sequined pants. I was wearing a Betsey Johnson sleeveless hoodie that I bought from her store many, many years ago, and she was so excited. She was like, ‘Oh my God, I know exactly where that’s from and what year that’s from!’ She’s so on it.
You walked Malan Breton and Nick Graham’s shows during Fashion Week. What’s that like?
It’s fun, but I’m a Broadway boy. I was in Mama Mia on Broadway for a year and was on the final cast of Rock of Ages, so 60 seconds walking down the runway is nothing compared to that. If you can remove yourself from the chaos that’s happening backstage where people are screaming and getting dressed and all that stuff, I just find all that amusing. So I’m like, ‘I’m ready! Let’s go! Let’s do this!’ Also, it’s fun because they’re not hiring me as just a model, they’re hiring me as a personality/model.
Are you doing other modeling these days?
Well, my Instagram is kind of like my modeling portfolio, so I would say, yes. I do shoot with various amazing photographers who want to extend their visibility, so they post on my Instagram. I love fashion photography and I love being photographed, so I think in another life, if I was five inches taller, I probably would want to be a model. But I’m not even 5’ 8, so that’s not happening.
Does your sister Ariana ever tune in to Style Code Live?
Yes, she does, for sure. She loves everything that I do. She’s a very supportive sister; we come from a very supportive family.
Do you think she’d ever come on the show?
I’m sure if she had the right timing and everything. She’d love it!
Do you and your sister ever give each other fashion advice?
She loves things that are very simplistic, whereas I love things that are completely over the top. But we definitely take advice from each other all the time. We definitely know how to dress for each other’s aesthetic as well as our own.