The Hunk’s Trunks! Garrett Neff on His Swimwear and Lifestyle Line, Katama 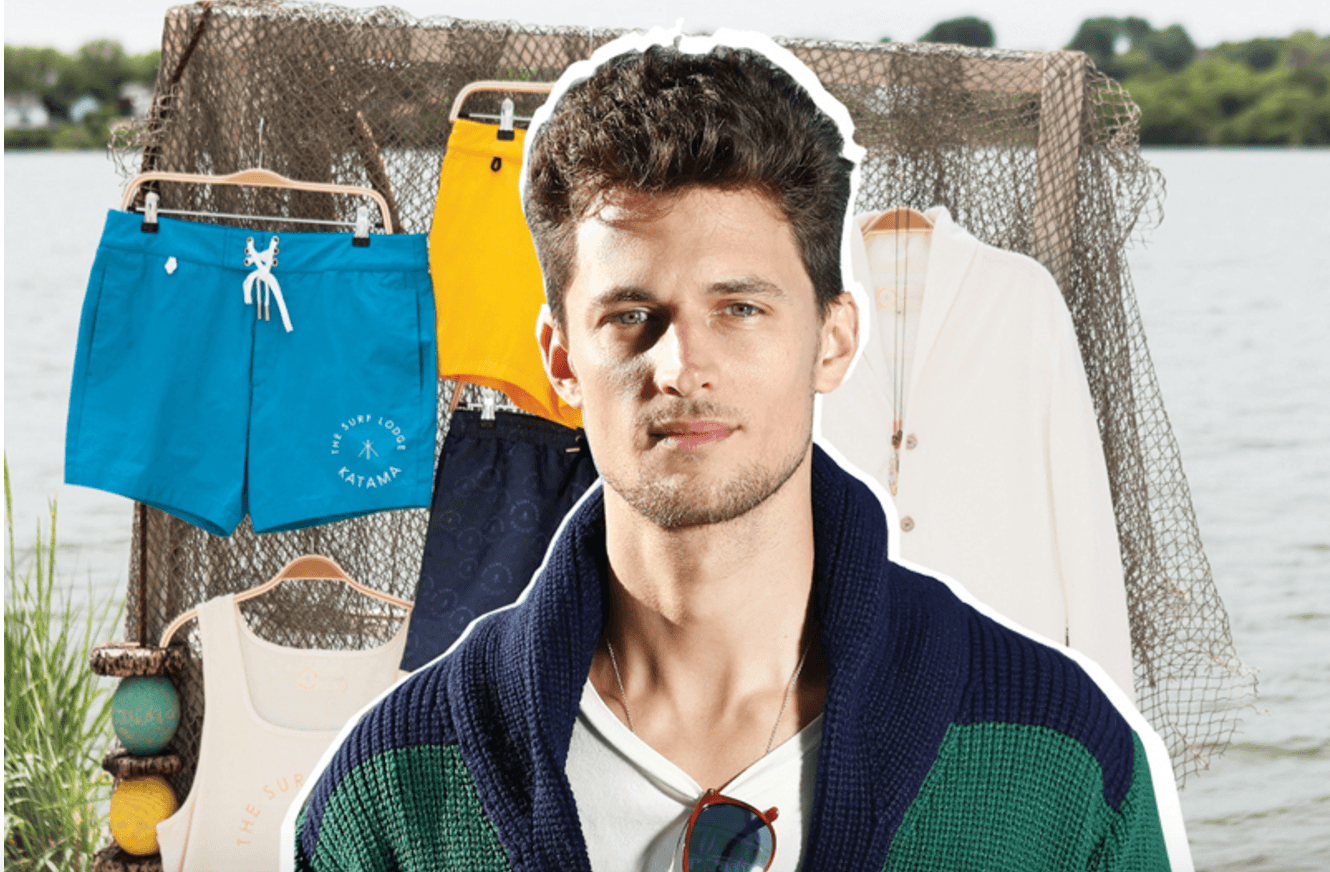 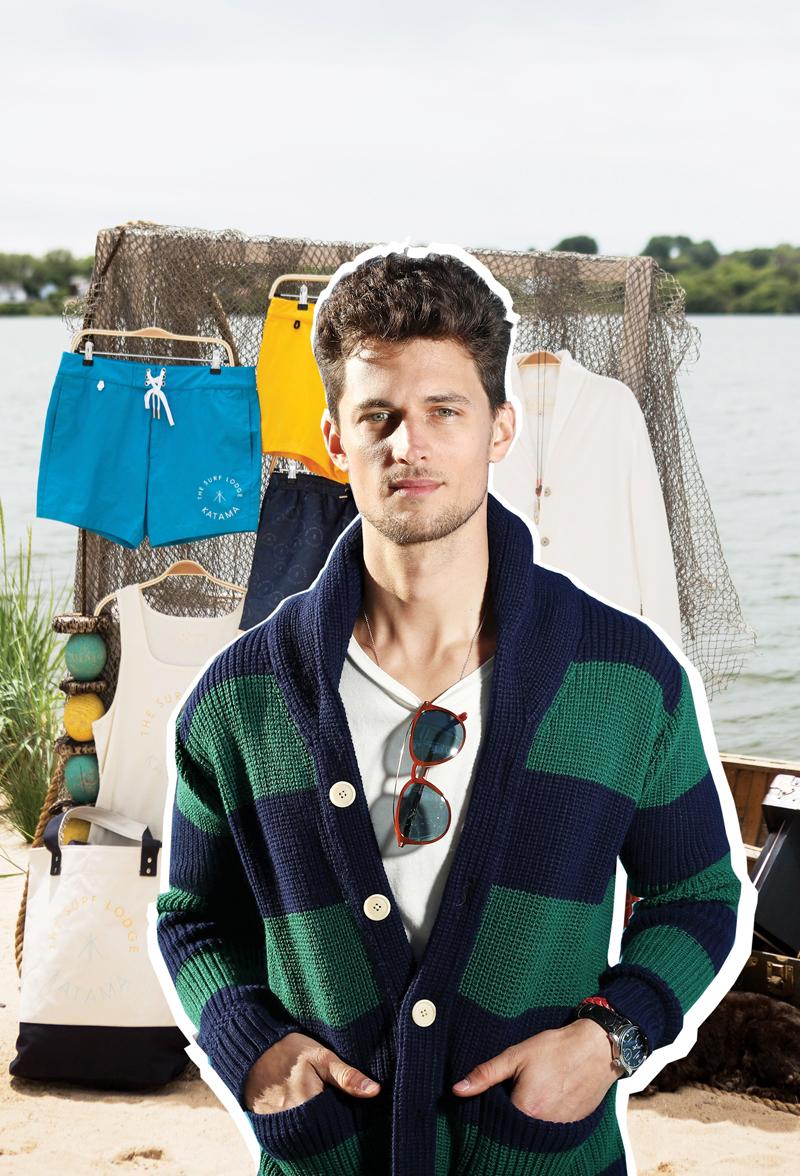 SYDNEY, AUSTRALIA – MAY 16: Designer Garrett Neff poses ahead of the Katama by Garrett Neff show at Mercedes-Benz Fashion Week Resort 18 Collections at Andrew Boy Charlton Pool on May 16, 2017 in Sydney, Australia. (Photo by Brendon Thorne/Getty Images)

Garrett Neff is one of fashion’s most in-demand models, and he’s keeping his plate extra full with his successful luxury men’s swim and lifestyle line, Katama. Meet the gorgeous multitasker.

What’s your official role with Katama?
I’m founder, creative director, CEO, accountant, production liaison…and spokesmodel! A few years ago, I was looking at old family photos from vacations on Martha’s Vineyard. My grandfather and father were both wearing a specific pair of shorts in all the photographs—they’d spend all day in them. Those kinds of swimsuits don’t exist anymore, so I wanted to create something to fill that gap. I love a brand with a backstory. The name Katama comes from a little town in Martha’s Vineyard, but it’s also a Native American word that means a good place for fishing.

What’s the story behind your collaboration with Surf Lodge?
It’s important for small brands like mine to have something happening all the time. I was inspired by the great energy of Surf Lodge, so I wanted to make a collection for them. I’ve spent a lot of time there over the years, and it’s a gathering place for nomadic souls. The person who is willing to spend that extra time to go somewhere farther like Montauk or Martha’s Vineyard is going to have a better experience.

How did you incorporate Surf Lodge into the collection?
We tried to cater to the community that Surf Lodge represents. [Owner] Jayma Cardoso gave some insight into what her customers want, and we incorporated cuts that we’ve never done before, like a board short. It’s also such an iconic building, so when we came up with the idea, I said we have to capture it somehow. I drew it on a napkin, and then eventually we had an illustrator make a rendering of the building, which we turned into a light blue suit to represent the sky.

What’s your plan for the business?
From the beginning, I always felt it was about more than just bathing suits. We’re making sweaters and tank tops now, and we also made a bag. We collaborated with Lizzie Fortunato Jewels—we grew up together in Delaware—for the Surf Lodge collection.

How do you juggle your business and modeling careers?
I’m staying up a little bit later at the end of the night, and I’m working on weekends. My sense of time is a little bit skewed because I’m working with teams in New York, Portugal, Los Angeles, and Australia. 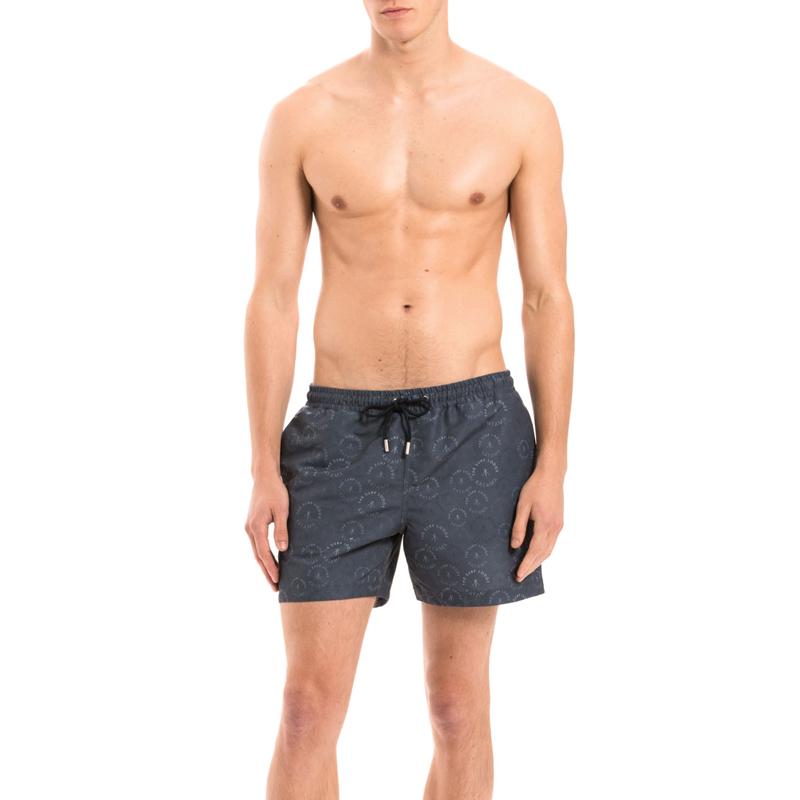 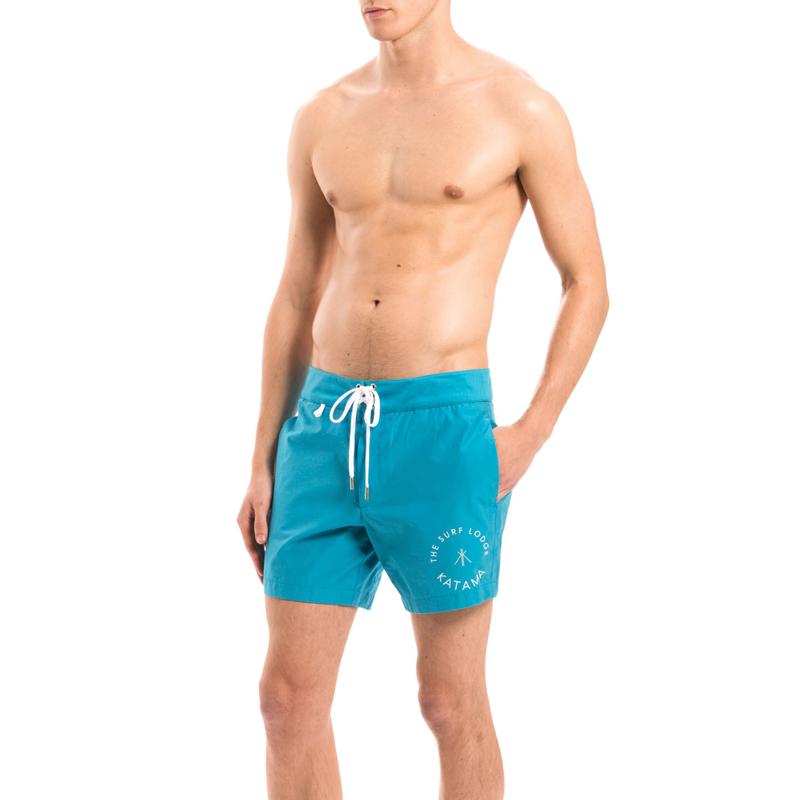 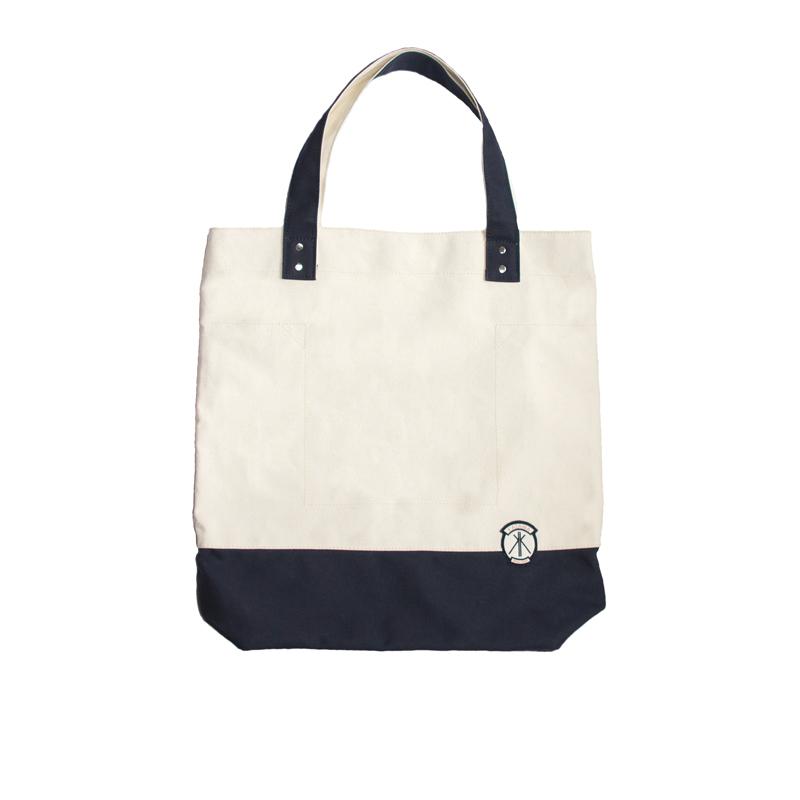 Tell us about the luggage you travel with when you’re promoting the brand.
I carry around an old trunk of my grandfather’s from his time in World War II, because he’s one of the guys who inspired the brand. I also bring another piece of leather luggage that Karl Lagerfeld gave me on one of my first shoots, probably about 12 years ago. It represents my roots and my career in fashion.

Does Karl give out luggage as a rule?
I think he was downsizing his collection at that point. I was staying with him shooting [his line] Lagerfeld, and he just gave it to me.

Have you sent him any Katama?
No, but I should! Maybe we could do a special Choupette edition. I’ll have to ask his permission. 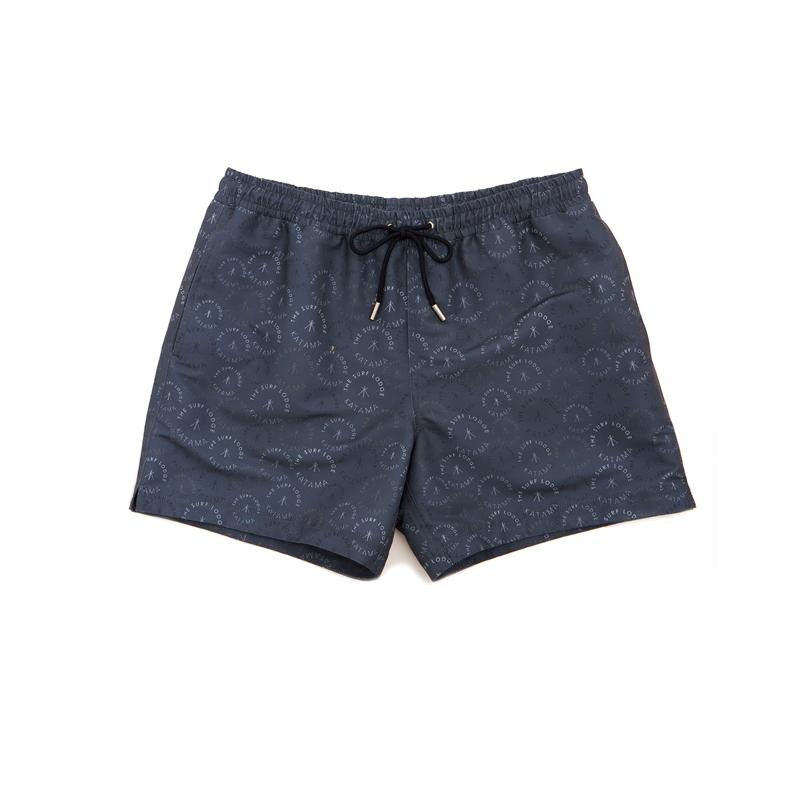 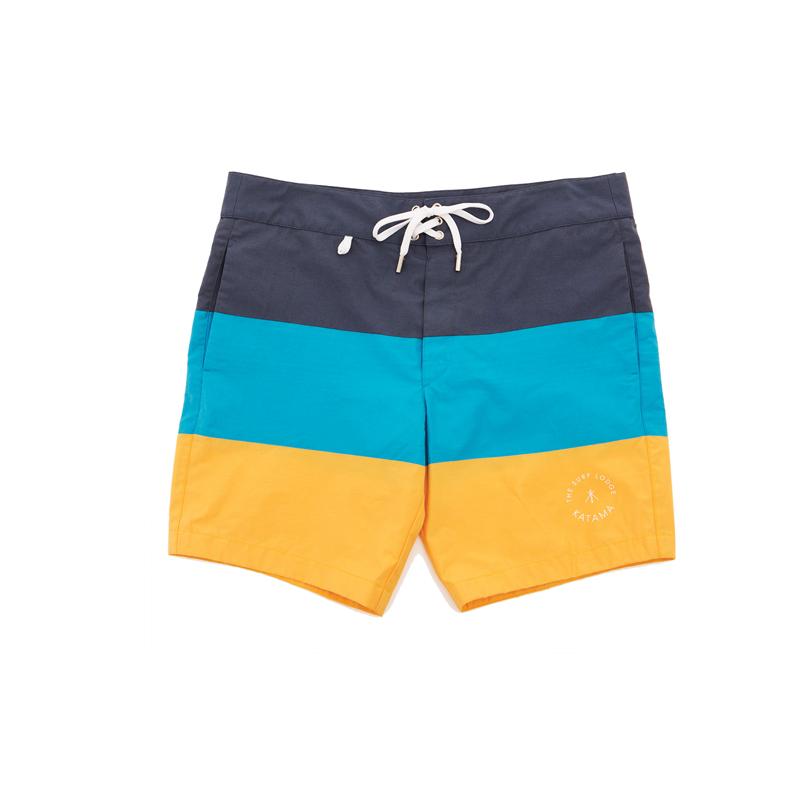 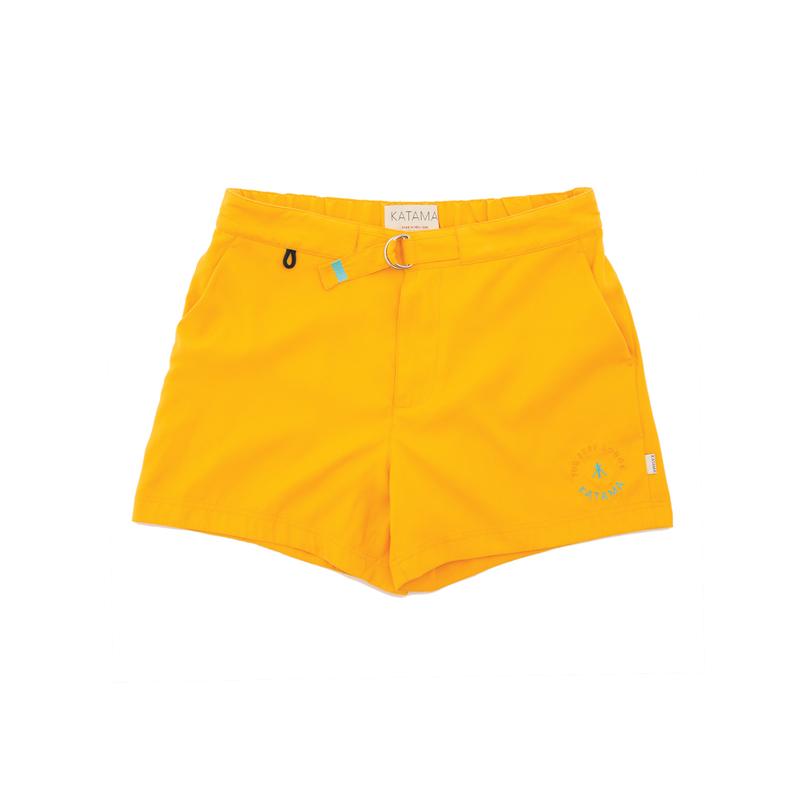 You’ve been coming out East since you were a kid. Does Montauk feel like home?
It does. I really enjoy getting out of the city. It’s close enough, and during the summer, when it’s super hot in the city, it’s still really nice out there. Montauk is the ideal setting—natural and raw.

Congrats on your new dog! Tell us about her.
Her name is Millie, and she’s a rescue who my girlfriend [Lauren Gaudette] found through Animal Haven in Manhattan. She’s very sweet and fierce but had some behavioral problems in the past. We think she had puppies that were taken away from her or she was abused. She’s working through it! I wasn’t sure about the responsibility of a dog, but I’m happy.
She enhances my life.

What else is new?
I’ve been shooting a lot of editorial. I’ve really been focusing on the brand. I’ve been working a lot with Massimo Dutti. The Spanish brands are really happening right now.

You’re huge in Spain?
It’s hot in Spain right now, and I don’t mean the temperature. Between Massimo Dutti and Zara and other brands, it seems like Spain is really having a moment.

What are your vacation plans this summer?
I’m going to Provincetown with Katama for July 4th, and then heading to Surf Lodge to celebrate our pop-up. Then I have a family vacation in Rhode Island, which will be great. We have a pretty large extended family. I really need August to be very chill. I just want to throw my phone in the ocean, lay on the beach, and relax!