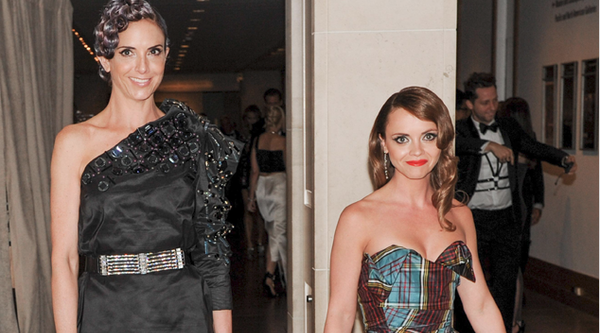 (LOS ANGELES) Ever wonder how the biggest stars in the world magically appear on the covers of your favorite fashion mags? Behind the scenes, there’s a posse of talented ladies working overtime. Meet the editors who rope A-listers for a living.
BY MICHELLE LEE

Background: “After college, I moved to Los Angeles to work in entertainment but didn’t know specifically what I wanted to do. Somehow I landed a full-time position at CAA, as the shared third assistant to power agents Bryan Lourd and Kevin Huvane.”

Biggest Cover Coup: “Adele. It came out the night she won six Grammys.”

Covers Booked: “Honestly, I couldn’t even tell you. I’ve had this job for 14 years and book at least ten covers a year with at least three celebrities inside each month’s issue.”

Biggest Misconception: “That my job is easy because I work at Vogue. Cover stars have so much to juggle that this turns into a matter of balancing schedules more than anything else.”

Grace Under Fire: “I always remember to take a deep breath!”

Background: “I was an agent trainee at UTA and transitioned into management. Then moved to NY and landed a job with Starworks.”

Biggest Cover Coup: “Jay-Z for Best Life. It was not an obvious fit, so I was proud when it came together. He sent me a bottle of champagne as a thank you!”

Most Stressful Moment? “I booked Jon Hamm for his first men’s cover, and everything went wrong. It was 99 degrees, and we were an hour outside L.A. The van’s AC died, then we ran out of water, then a small fire erupted, so we had to start over. Oh, and Jon’s car never showed up.”

Background: “Fifteen years at Glamour; Cosmo and Marie Claire before that. I started out as a model booker. One day I was like, ‘Why am I only doing women that don’t talk?’”

Biggest Misconception: “That I watch Real Housewives of New Jersey with Julia Roberts in my free time.”

Most Stressful Moment: “Shooting Anne Hathaway during the hurricane last year. She was a total trooper, but it was pretty intense.”

Dream Get: “The only whale we haven’t landed yet is Angelina Jolie. The timing just hasn’t worked out. To me, she’s the perfect Glamour Woman of the Year.”

Background: “I started as a publicist at A&M Records but then realized I wanted to be on the other side of the fence. I’ve been at Lucky for four years now. Before that, I was at Bazaar, Jane, EW, Seventeen, and Teen People. I’ve been around the block!”

Biggest Cover Coup: “Drew Barrymore for Lucky. I’d pursued her for a long time. What makes me good at my job is that I really don’t give up.”

Favorite Cover: “At Seventeen we shot Destiny’s Child at Beyoncé’s house in Dallas and her mom cooked gumbo for the entire staff!”

Covers Booked: “It’s probably up to around 500 at this point.”

Most Stressful Moment: “We had a situation with our Sofia Vergara cover when we had to move up the shoot a day. People had to come into the office on a Sunday, pack all the trunks, and get on a flight last-minute, which happened to be during a storm. It was a nail biter up until the very end. We had no idea if the trunks were going to make it.”

If I Wasn’t Booking Covers… “I’d sort of like to be the Karl Rove of the Democratic Party and just be really hardcore and sneaky about getting things done.”

Background: “I once read an interview with Molly Ringwald where they referred to her publicist. I was determined to get into PR, but it sounded a lot more fun doing PR for a celeb. I worked as a personal publicist for 15 years, repping stars like Johnny Depp, Mariah Carey and Charlie Sheen. I worked at Cosmopolitan and then joined Marie Claire last October.”

Biggest Cover Coup: “Katy Perry for our January cover—everyone I know wanted her.”

Biggest Challenge: “Making sure you always know who the next big things are. There are a lot of films to see, a lots of staying up to watch everything on my DVR. Sometimes I fall asleep on the couch, but that’s also kind of the fun part.”

Dream Get: “The holy grail is Emma Stone—she’s incredibly cool, talented, gorgeous, and so approachable.”

Biggest Misconception: “That I get pitched covers all the time. We go to them! As soon as a movie gets slated, you’re making a call to the publicist that day—it could be a year out—then checking in periodically. There’s a science to not being annoying.”

Most Stressful Moment: “I walked into this job with no March cover—one of the biggest issues of the year—with, like, a week or two to book it. Luckily, since I had just started, I had an excuse to call every publicist and say, ‘Hey, I’m at my new job, here’s my info. By the way, what do you got?’ Miraculously, I landed Keira Knightley, which was the best possible end to that story.”

Background: “My mother is a publicist and worked for Joan Lunden [former co-host of Good Morning America] when I was a teenager. We were also neighbors, so I babysat Joan’s children. I had the opportunity to visit TV studios, photo shoots and live events with Joan and my mom. I caught the bug early!”

Biggest Cover Coup: “When Angelina Jolie wrote and directed her first film, In the Land of Blood and Honey, I was booking for Marie Claire. I negotiated an unconventional deal to put Angelina on the cover and to shoot several of the cast members—who had never done a photo shoot before!—for the inside pages.”

Biggest Misconception: “That it’s somehow glamorous! I very rarely fly on the private planes that I book, live out of fancy hotel suites, or have SUVs waiting around for me all day long. Don’t get me wrong—there are perks to my job, but definitely not like a celebrity.”

Biggest Disappointment: “That Blake Lively eats chocolate like it’s going out of style and doesn’t exercise. That’s just tragic and unfair to the
rest of us!”

From The Daily's Hollywood Issue: The Hollywood Assistant Vs. The Fashion Assistant