From The Daily's Hollywood Issue: The Hollywood Assistant Vs. The Fashion Assistant 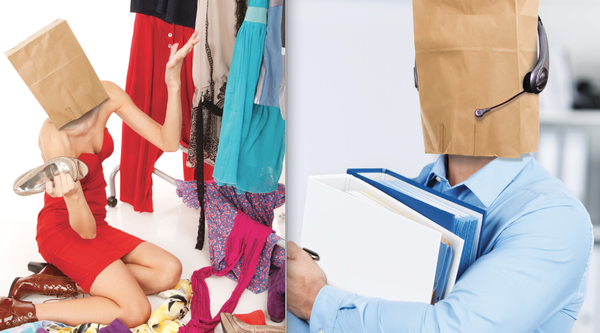 (LOS ANGELES) The glitz. The glamour. The intimidation. The torture. Thanks to The Devil Wears Prada and Entourage, the assistant’s lot is the stuff of legend. But who has it worse? We asked two long-suffering PAs, one from a Hollywood agency and one from a major fashion magazine, to dish the dirt (anonymously!) on what their pressure-cooker jobs are really like. Name-calling, demeaning errands, ninja-level manipulation tactics—and that’s all before breakfast.
BY MICHELLE LEE

THE CULTURE: “It’s a lot of swearing. It’s like Ari on Entourage—that was not an exaggeration! You sit right outside your boss’s office and he’s screaming at you the whole time. You’re on the phone trying to take notes, respond to emails, and hear what he’s trying to yell at you all at the same time. Every agent has one assistant, but if you’re very busy, you have two or more. Our president has five, each one with a different role.”

BOSSES BEHAVING BADLY: “I’ve paid his personal bills, babysat—oh, and I’m constantly having to lie to his wife. She’ll call and he’s yelling, ‘Tell her I’m not here!’ ‘Don’t tell her where I’m going!’ I’ve also had to drive his car home because he wants to go out and drink, but I’ll have to ask a friend to follow me in his car. We’ll get to his house, lie to the wife, and my friend will drive me home. I think part of it is hazing. Everyone’s been through it. But even other agents will feel free to yell at you. I once missed half a sentence of what an agent was saying to me on the phone because my boss was shouting at the same time in my other ear. When I asked if she could repeat the first part of her sentence, she screamed, ‘F**k you!’ and hung up on me.”

CRAZIEST THINGS I DO: “Overtime used to be insane but they cracked down. Now, HR walks the floors at 7 p.m. Unless you have a note from your boss that says you can stay late, they’ll say, ‘Go home!’ and you have to shut your computer down and run out the door. This is crazy, but I’ll hide under my desk so that after they go I can get back to work. So I’m working an extra two hours unpaid. It’s better to get my work done than get yelled at.”

SEX IN THE OFFICE: “This is the big difference from fashion: there’s lots of sleeping around and sexual tension. Lots of single, good-looking people.”

HOURS: “8 a.m. to 8 p.m. Or, if you’re in the mail room, it’s 5 a.m. to 9 p.m. because you have to open and close the office. You don’t leave till your boss does. If he decides to stay and watch a basketball game in his office, you wait till it’s over, and then you have to clean up.”

OFF HOURS: “You’re looking at your phone every 15 minutes—if a message goes unresponded for half an hour, they’ll be like, ‘I’ll get someone else. Do you want this?’ It’s Hollywood, so at night everyone’s out at dinners or events. But then between 1 a.m. and 3 a.m. while they’re falling asleep, they’re emailing you 3,000 things. When you get up in the morning, it’s always that dread of getting to your desk and seeing your inbox. As an assistant, you don’t have your own email address. Your email address is your boss’ email so, like, JoeSmithasst@. They don’t want me losing my phone in some club and having some A-Lister’s address get out. Or, I could just steal all the information and walk out. As an assistant, you only have access to your email on your computer. Weekends are far more abusive, but you stay on top of things for your own good. You’ve sent your boss to Malibu and God forbid he calls or emails you because an address wasn’t in his phone. If that happens, you’re screwed.”

DRESS CODE:  “Even in the mail room, everyone is in a full suit. Louboutin shoes for the girls. HR constantly comes down on you all the time for what you’re wearing. They’ll call and say, ‘You’re an assistant. Do you want to make it here or not?’ Everyone basically comes from money. Otherwise, you couldn’t afford the wardrobe!”

WHY I STILL DO IT: “As bad as the hazing is, when you hear your boss on the phone, or closing a deal, they’re incredibly good at their jobs. There’s a lot to learn and everyone knows it’s a doorway to great opportunities—that’s why people stay. I would’ve gone in as the garbage man!”

THE CULTURE: “There’s not a lot of swearing in our office, athough it does happen. There is yelling. But the intimidation comes more in a quietly terrifying way, like, ‘Did you mean to make this look bad?’ followed by a long, hard stare. Mean girl behavior is also pretty common among the lower ranks—not among everyone, but it happens.”

BOSSES BEHAVING BADLY: “I’ve been yelled at in English, French, Italian, and I’m pretty sure it was Russian. I’ve had things—like a water bottle—thrown at me. They didn’t make contact but they came in my direction. One time, a metal cabinet fell over on me when I opened it. It made a huge bang and the edge caught my leg so I was bleeding on my shin. One of the editors saw me holding my leg, bleeding and squawked, ‘Oh my God, did anything fall out?’ not ‘Are you ok?’ I was packing holiday gifts for an editor and the edge of one of the bags going to a really important designer must’ve gotten ruined in the car. I’ve never been yelled at so loudly in my life.”

CRAZIEST THINGS: “Picking up dry cleaning, getting a gift for their kid’s friend—that stuff is pretty standard. I’ve delivered bags to editors’ houses at 1 a.m. I’ve had to run to an editor’s apartment to walk her dog. Getting personal groceries in the after-work rush hour was the worst thing I’ve had to do. That same day I tested a certain undereye brightener that made my skin react horribly. I looked like I was punched in the eye, while getting someone else’s personal groceries. Not my best moment.”

SEX IN THE OFFICE:  “Definitely not much sexual tension in the office since I work with all women and gay guys! It’s a little like college, though, in that a lot of the editors complain about their relationships and dating all day.”

HOURS: “When there’s a shoot, I’m up at 5 a.m., but it’s usually 9 a.m. till I’m done. The hardest part is not knowing when your day is going to end. I’m lucky, and usually out of there between 8 and 10 p.m., but there are assistants regularly working till midnight or later.” PAY: “I started out at $23K plus overtime. It used to be that you could make a ton of money in overtime but now they discourage it. But, frankly, the job just can’t be done in 40 hours a week. I’m eating peanut butter and jelly for dinner tonight. You have to factor in the perks before you start getting too depressed.”

OFF HOURS: “Last-minute shoots come up all the time and you need to call things in and, oh, what time is it in Europe right now? Then there’ll be dead weeks when nothing goes on. But we always know more craziness is coming.”

DRESS CODE: “Assistants always look really styled: lots of pattern-mixing, socks with heels, that type of thing. I know a lot of people wear Zara but mixed with Prada, Alexander Wang shoes, Celine. I mean, the editors do judge you by what you’re wearing, so you have to look cool. It’s definitely tough if you’re not one of the trust fund girls. I had a friend who ate nothing but cereal for a month to save up for a Proenza bag. It was just a small one, but $900 is a lot when you’re on an assistant’s salary.”

THE PRESSURE: “It sounds ridiculous to say but keeping a closet organized and fully functional is an insane task. Especially since we need to be able to locate any item at any given time You also basically need a photographic memory. The worst thing is when trunks come back with samples from a big shoot. Your heart kind of sinks, worrying that something comes back ruined or, worse, not at all. Like, if a grabby celeb or someone else took it from the set. There’s always this knot in my stomach because I know I’d somehow get yelled at for it or have to make it right with the angry publicist. As an assistant, you’re working with tons of people, not just an editor. Really, the most stressful part for me is keeping the stylists happy and trying to wrangle things out of PR companies for them. Trying to keep so many people happy puts you in a constant state of insecurity!”

WHY I STILL DO IT:  “Fashion people love what they do and everyone knows the job is very glamorous so you can suck it up. It takes a while to work your way up the ranks, but the senior fashion editors have amazing jobs and travel around the world. I’m willing to put up with a few years of misery for that chance! The best day was when I was given my first writing project several months into the job and given the chance to interview industry veterans. It reminded me why I fought so hard for this job in the first place.”

Desigual Gets $369.4 Million Investment From Eurozeo