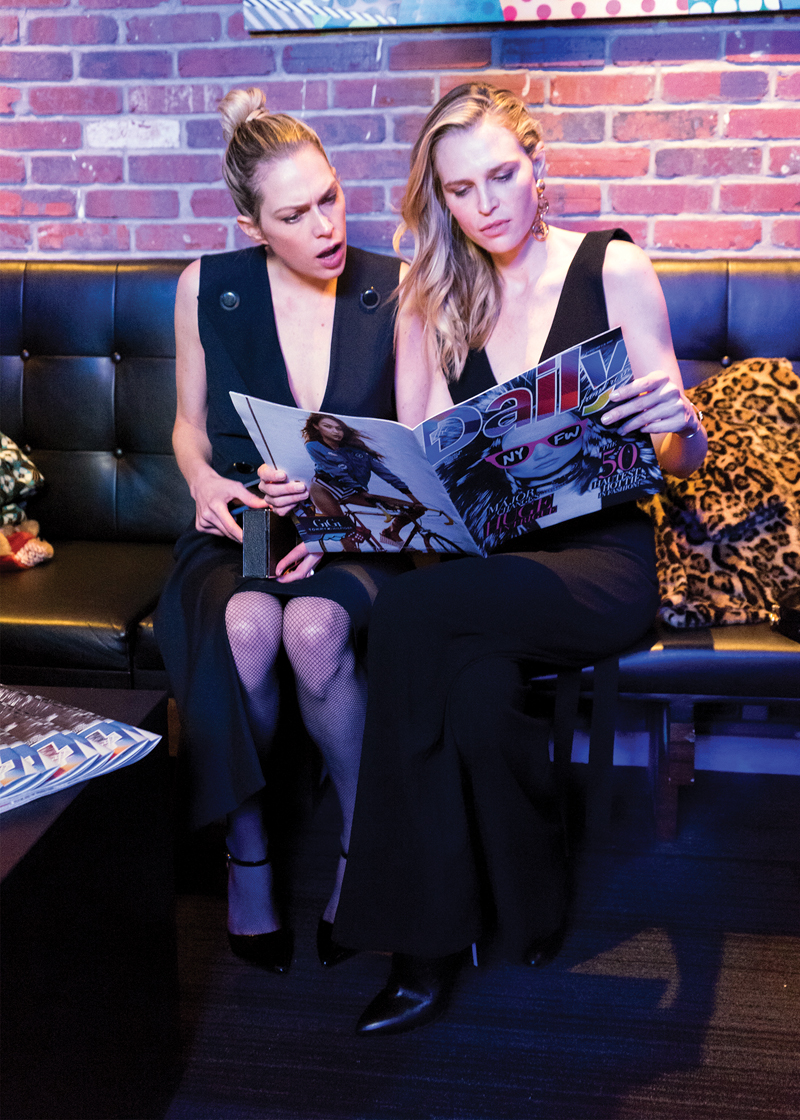 The Daily joined Erin and Sara Foster as the sisters took on New York Fashion Week for a #PrettyInfluential adventure with The Outnet. From practicing their runway walk in a blizzard and tracking down modeling agents near The High Line to cold-calling Anna Wintour and trying to pick up a ticket to the DVF show (at the DVF store), the sisters were on a quest to find out what it takes to be, well, pretty influential. “The video series spoke to our brand DNA as it approached fashion in a playful, lighthearted way, but was still relevant, which is how #PrettyInfluential developed,” The Outnet’s EVP of sales, marketing, and creative Andres Sosa told The Daily about working with the duo. “The Foster sisters were the perfect people to represent this with their fun and irreverent take on everyday life, and The Daily Front Row was a key partner for us as they are a credible voice during fashion week. The end result was unique, shoppable and shareable content that reached over 10 million users in 170 countries, and was one of our most successful campaigns to date.”

We caught up with the Foster sisters all about the experience. Take it away, gals!

In Episode One you braved a serious blizzard!
Erin Foster: “That snow storm couldn’t have been timed better for comedy. Everyone kept saying, There’s a snow storm coming, stay inside, and we thought, What could be more perfect when making fun of two LA girls trying to fit into NYFW than to throw them into a snow storm? It was such a strong start for the series, and I have to give all the props to Sara for boldly going up to random people outside the fashion show begging them to take her picture.”

What was it like being shadowed by a camera every day?
Sara Foster: “I really thought people were going to be more freaked out by it than they were. Sad how normal it is nowadays, I guess. Everything about it was so fun—our brand of humor fit perfectly into fashion week and the camera caught every awkward interaction perfectly.”

Do you have a favorite episode?
Sara: “The first episode might be my favorite because getting caught in a snow storm right before getting kicked out of the front row is just great content. It was also really fun in the High Line episode, cold-calling the Vogue offices trying to get Anna on the phone. Oh, and also it was a wild experience standing outside a fashion show and watching the politics of fashion bloggers getting paparazzi’d. That was insane.”

Now that NYFW is over, what’s the take-way?
Erin: “People in fashion have more of a sense of humor about themselves than I expected, and Sara and I could absolutely shoot a season of Barely Famous in New York. Should we?!”

Special thanks to The Outnet crew, Glamsquad, film director/editor Ned Stresen-Reuter, and stylist Raul Guerrero for their help in making this happen.