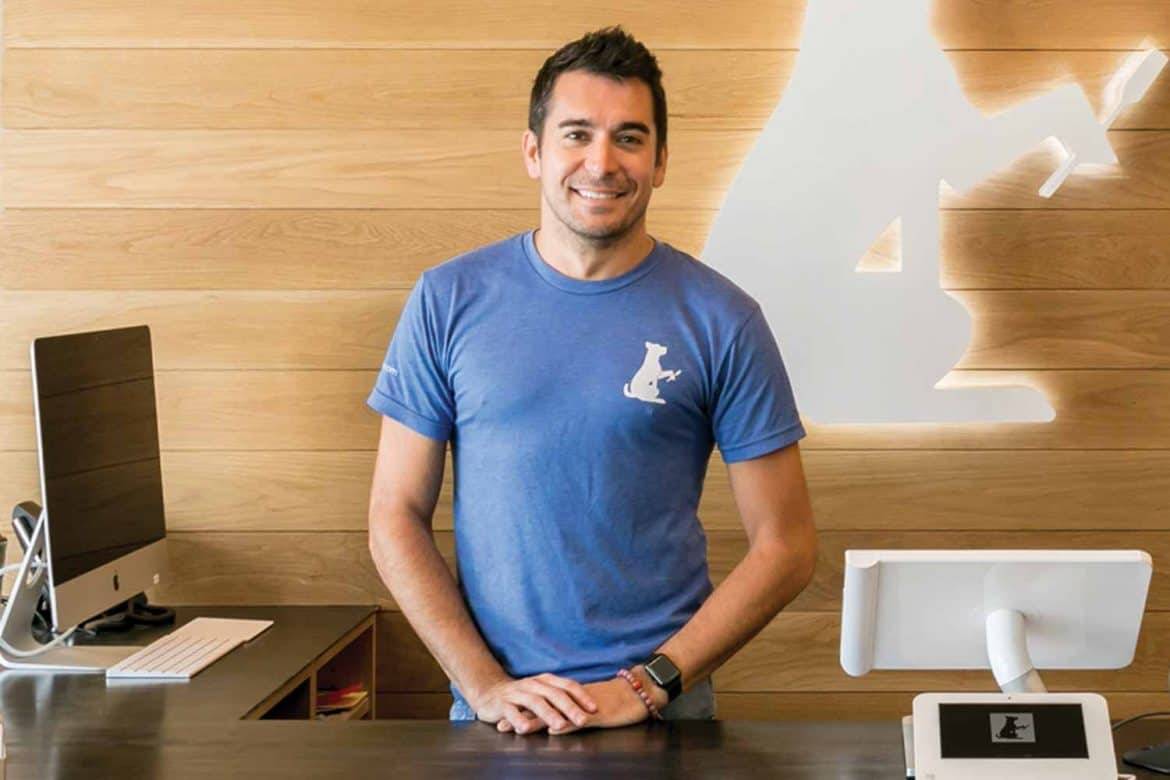 Former fashion PR legend Flint Beamon was doggone tired of New York’s rat race, so he left the biz to move to Austin, Texas, and start anew. He and his husband, Jeff Springer, recently opened Barkin’ Creek, a dog food and doggy daycare wonderland. A career of dealing with bitches is paying off!

Let’s talk about your professional background.
I was a founding staffer at [members club] CORE: Club, where I was a core consultant, which was basically a one-on-one concierge for members. Eventually I wanted to do something in the art world; I went to Scope Art Fair, doing publicity, which I didn’t feel I was geared for. Then I bumped into a friend who told me about an opening at PR Consulting. I met with [co-founder] Sylvie Picquet-Damesme, and a day later, I got the job.

What were some of the highlights of your time at PR Consulting?
Sylvie and Pierre [Rougier] were the dream. They basically gave me a department with two clients, Swarovski and Pitti Uomo, and trusted me. I didn’t even know who Nadja Swarovski was, and I had no idea Florence, Italy, had a huge trade show for men. They gave me carte blanche to run the department. Over five years, I grew it into a full lifestyle division, representing some of the coolest, chicest hotels and restaurants in the world. I’m proud of what I did there. I also ran the events department. One of my life’s crowning moments was when Prince performed at the H&M x Versace event. I had to get his photo approval after he performed, and then he asked me my opinion.

Was it stressful?
Always. New York is always stressful. A higher level of performance is needed in New York, especially in a fashion job. Mediocrity isn’t allowed. You have to be fabulous and on point, or you have to go home. I think we all get addicted to that stress. 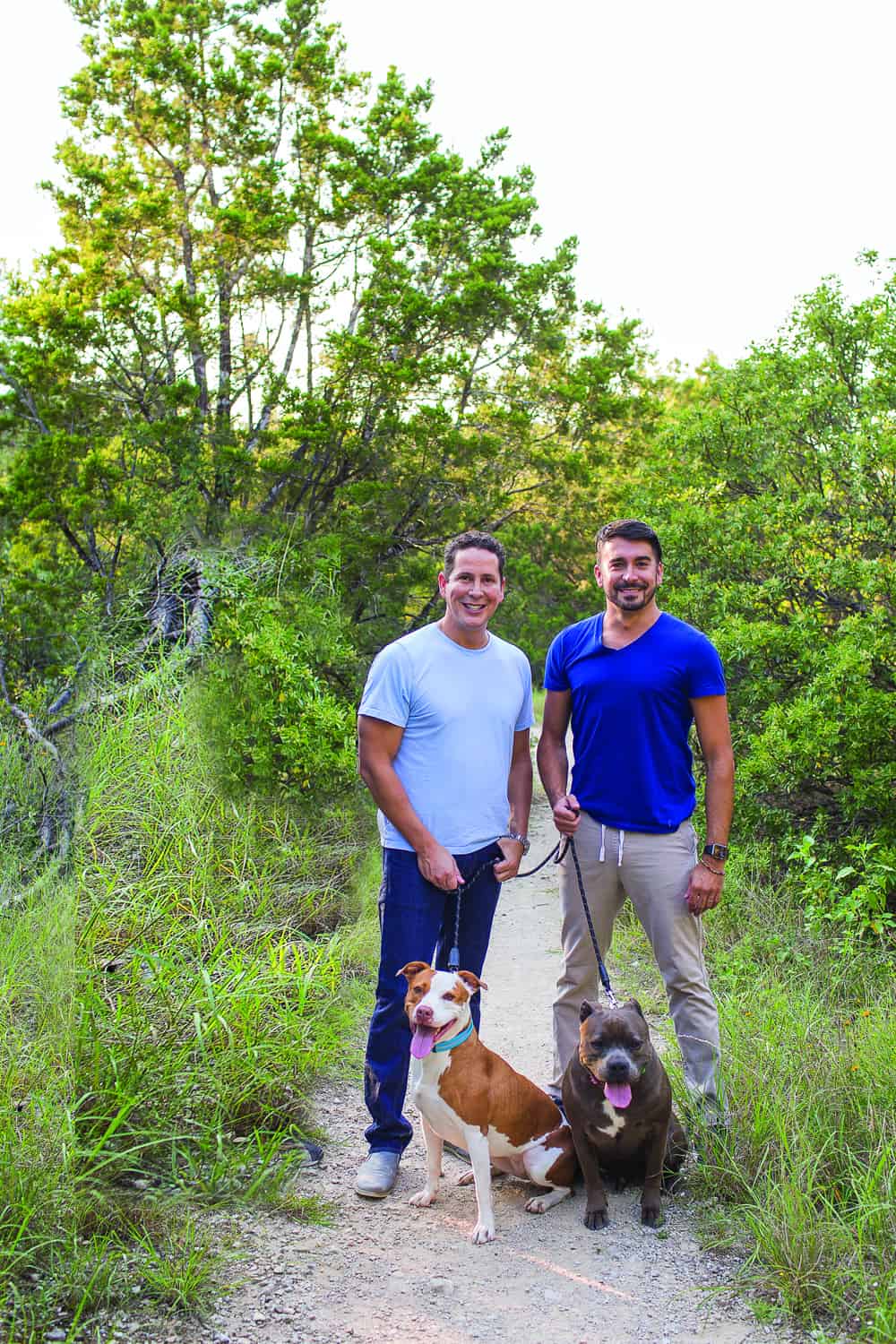 Why did you decide to leave NYC after two decades?
I didn’t want to be one of the  city’s victims. The winters were getting harder. I was about to turn 40, and I wanted an easier life. A friend of mine who lives in L.A. once asked me, “Why would you live in New York? It’s so hard. Who wants to live that hard?” The words always stuck with me. It really is a hard life: going up and down subway stairs, getting up early in the morning, staying up too late. After traveling and seeing how others, like the Italians, live their lives, I thought we were getting the short end of the stick.

Do New Yorkers take their work too seriously?
It’s Stockholm syndrome—we are in love with our captor. New Yorkers do take their work seriously, and the reason is, they have to. To paraphrase The Devil Wears Prada, there are thousands of girls who are dying to do your job. You work until your fingers bleed if you have to. I’m not disparaging the lifestyle there; it’s in me until I die. I was just ready for something different.

So you eventually moved to Austin! Tell us about Barkin’ Creek Dog Kitchen & Bath.
After we adopted our first dog, we started researching food for her. If you Google “dog food research,” it will scare the s**t out of you. We saw a huge gap in the market, which was saturated with dry, factory processed foods. The industry had become deregulated by the federal government. Horse meat and animal by-products are commonly used along with tons of chemicals, sugars, and salts. There was a need for real, nutritious food for dogs. A friend who’s a vet in California helped us formulate the ideal. We cooked and landed on six recipes. It’s a true farm-to-table dog food made with human quality ingredients. A diet filled with omega-3 and omega-6-rich vitamins and minerals combats inflammation, arthritis, bad breath, dermatitis, yeast build-up in the ears, and gives an all-around healthier coat and brighter eyes. We do grooming and daycare, too. It took almost two years to open the first store, and we couldn’t be happier.

Who’s more difficult: dogs or your former PR clients?
Working the fashion shows backstage and wrangling photographers for first looks was literally like being in a kennel with angry rabid dogs.

What do customers think of your PR background?
I don’t think they know yet, but I like to think that I still dress well! I owe Sylvie and Pierre a lot of credit. They honed my eye; my ability to develop a brand. Everyone who walks into the store sees there’s something more than just a pet store with chew toys on the wall. People are falling in love with the brand. Everything I’ve learned—from waiting tables, being on a farm as a kid, to my love of aesthetics and working in events—has led me to this. I have to give my husband, Jeff, credit. It’s his brainchild. He never said the word “no” in building this. My entire life is culminating in this moment.

Nina Garcia On Her First Year at ELLE