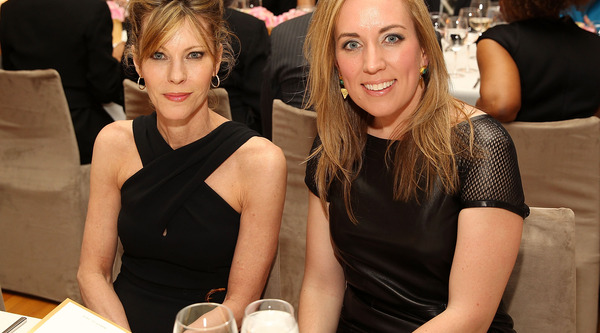 Why did ELLE and Gucci take a (power) trip to D.C. this week? They were toasting their fourth annual Women in Washington Power List with a dinner at Villa Firenze, otherwise known as the humble abode of His Excellency, the Ambassador of Italy Claudio Bisogniero. ELLE’s EIC Robbie Myers and publisher Kevin O’Malley headed down to mingle with the leading ladies and raise a glass to their success. This year’s honorees included CNN chief Congressional correspondent Dana Bash, Maine Senator Susan Collins, U.S. Representative Tulsi Gabbard of Hawaii, NARAL President Ilyse Hogue, POLITICO COO Kim Kingsley, DC police chief Cathy Lanier, former U.S. chief of protocol Capricia Penavic Marshall, former chief of staff to Secretary of State Hillary Clinton, Cheryl Mills, U.S. Secretary of Commerce Penny Pritzker, and Center for American Progress president Neera Tanden. All were present, except for Lanier, who was otherwise occupied with police biz. For more details on these successful femmes, head to ELLE.com or pick up the glossy’s April issue, on newstands now.