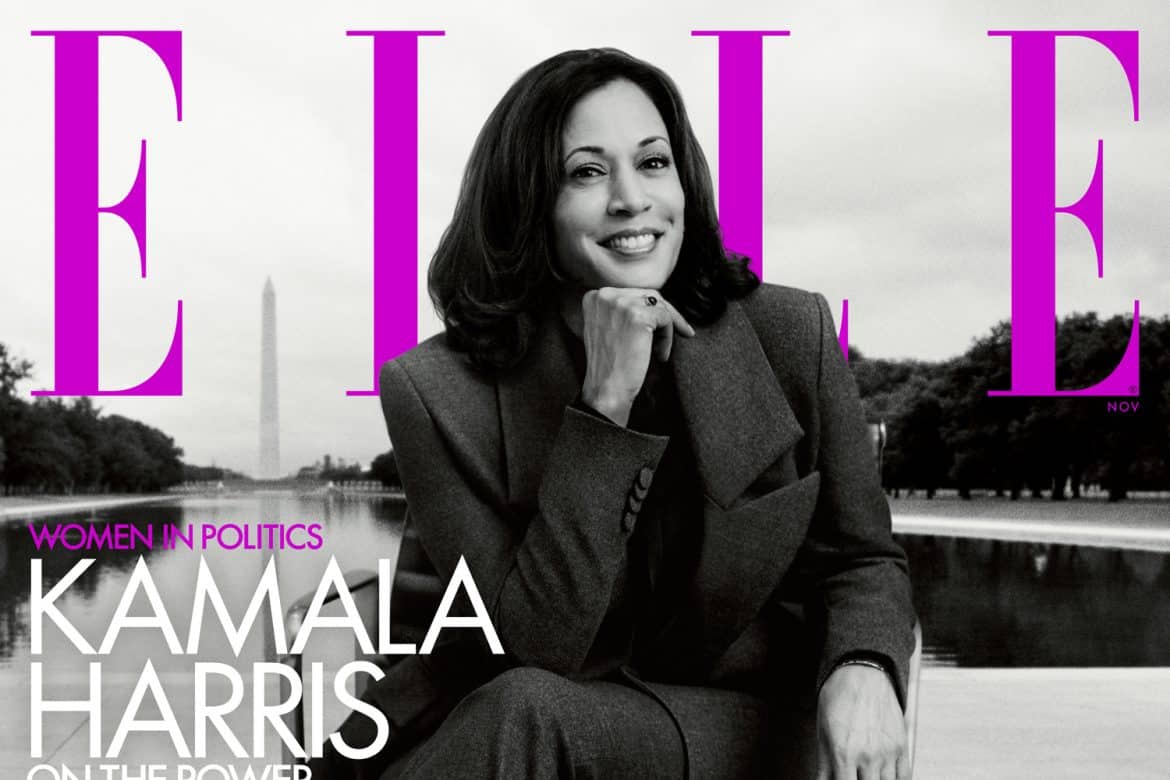 Elle is putting confidence in Kamala Harris, giving the Democratic vice president candidate their November cover honors.  Elle’s fashion director Alex White styled the Inez and Vinoodh-lensed shoot, but there’s no talk of fashion in an interview conducted on Zoom by Ashley C. Ford. Instead, the conversation centers on Harris’ values, optimism, and what makes her fight.

Harris shares that the night she became the second black woman in history elected to the U.S. Senate was also the same evening Trump was elected president. “In every one of my elections, part of our routine is we do a small friends-and-family dinner before we go to the campaign night celebration,” she says. “My godson, Alexander, who was seven years old at the time, came up to me, crying, and said, ‘Auntie Kamala, they’re not going to let that man win, are they?’ And you know the babies in your life.…I held him. I mean, it still brings me pain to remember how he felt, and what it made me feel, which is that I needed to protect this child. I had one way, in my mind, I thought the evening would go. And then there was the way it turned out. And so by the time I took the stage, I had ripped up my notes, and all I had was Alexander in my heart. And I took the podium and I said, ‘I intend to fight. I intend to fight.’”

The issue hits newsstands on November 3rd…. which just so happens to be Election Day in the U.S.

What does justice mean to @kamalaharris? “It’s about freedom, it’s about equality, it’s about dignity,” she says. “When you achieve equality, and freedom, and fairness, it’s not because I grant it to you. It’s because you fought for it because it is your right. This is not about benevolence or charity; it is about every human being’s God-given right. What do we collectively do to fight for that? That’s what justice represents to me—it’s about empowerment of the people.” Click the link in bio for the full cover story. ELLE November 2020⁣ Editor-in-Chief: @Ninagarcia⁣ Senator and Democratic Vice Presidential Nominee: @kamalaharris⁣ Written By: Ashley C. Ford @smashfizzle⁣ Photographer: @inezandvinoodh⁣ Creative Director: Stephen Gan⁣ Fashion Director: @alexwhiteedits⁣ Entertainment Director: @jenweisel Deputy Editor: @kaylaw⁣ Production: @tbirbilis @vlm.productions