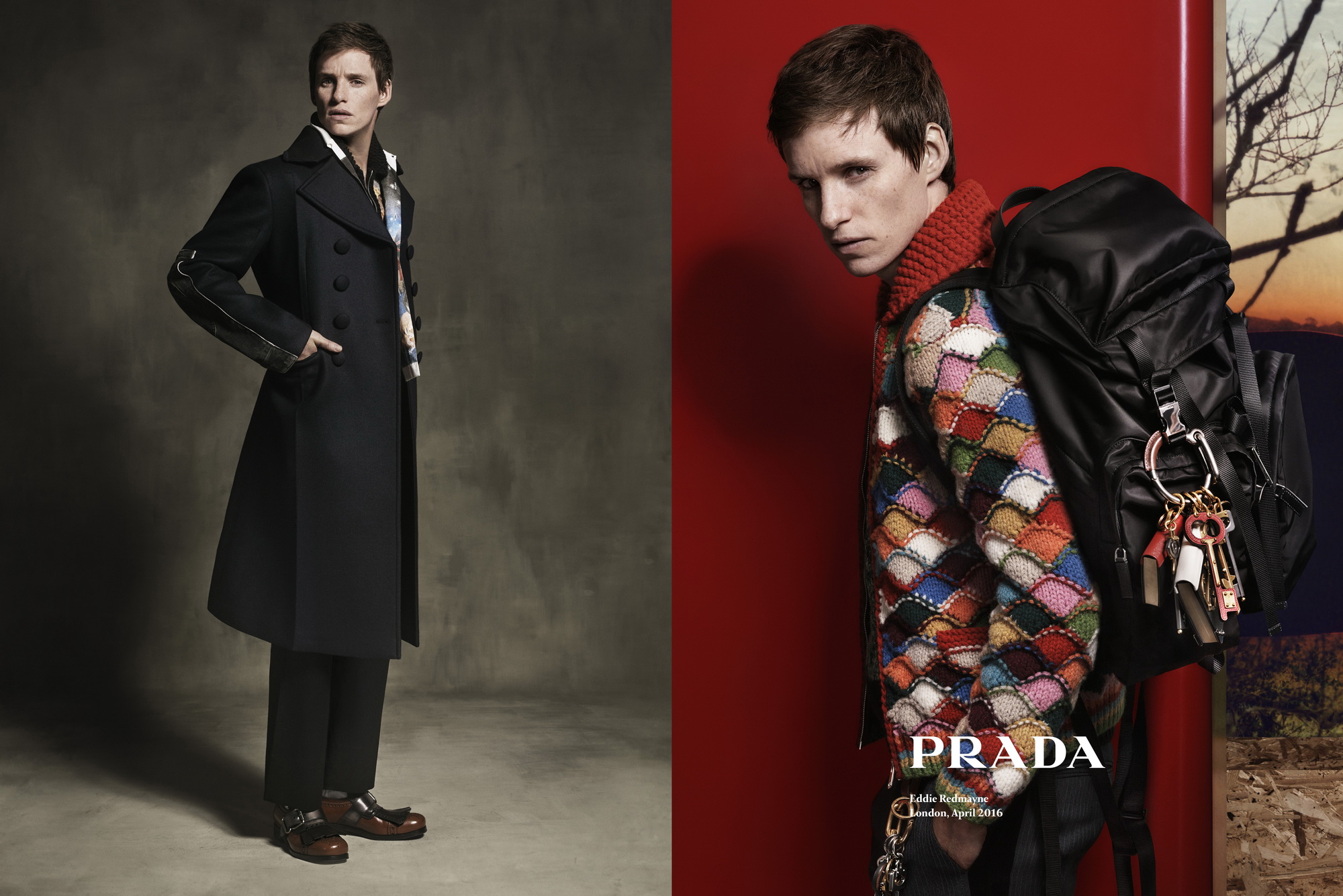 On the heels of Ryan Reynolds’ ambassadorship for Piaget, Eddie Redmayne takes the spotlight for Fall ’16 with his campaign for Prada Mens. While the pop culture/Hollywood focus is nothing new—Prada has previously cast Ethan Hawke, Ansel Elgort, Gary Oldman, Willem Dafoe, Jack O’Connell, and Miles Teller—the latest campaign pushes the black-and-white tux limits of yore. For the campaign, photographer Craig McDean snapped photos reminiscent of 19th century neo-classical paintings, which played with surface and depth, illusion and reality, and the Italian label tasked Redmayne with something he’s rather good at—acting. He assumes a number of roles, from hero to villain to revolutionary “split by a romanticist view of idealized nature,” according to the release, and his poses “echo the mannerisms of protagonists in great museum collections or epic literature.” Check out the full campaign, below.

Behind the Scenes: Moschino’s 2017 Resort and Men’s Show