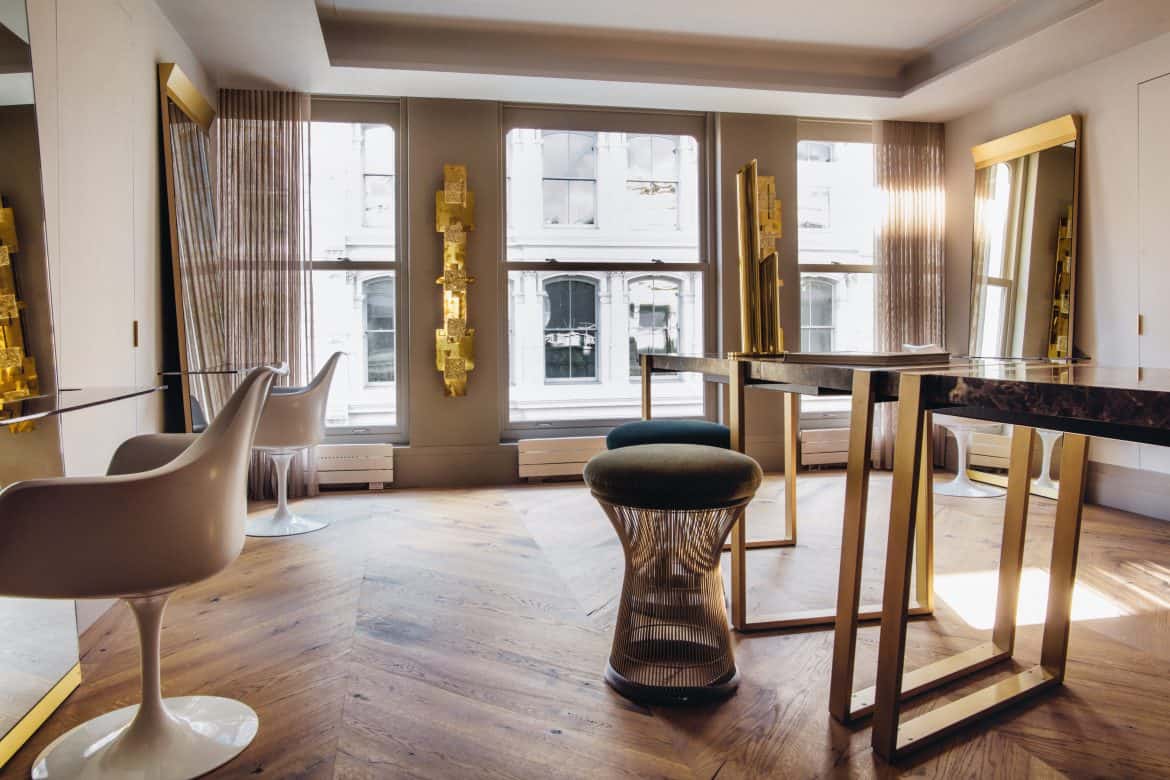 It was cold and rainy the week before Christmas when I arrived, damp and frazzled, at the David Mallett salon on the fifth floor of the Webster’s new Soho outpost at 29 Greene Street. The elevator opened into a serene, low-lit room of soft grey walls, inset with antiqued mirror panels, surrounding an enormous metal reception desk. The place was quiet. Still. Beautiful and sleek, but cozy and welcoming at the same time. 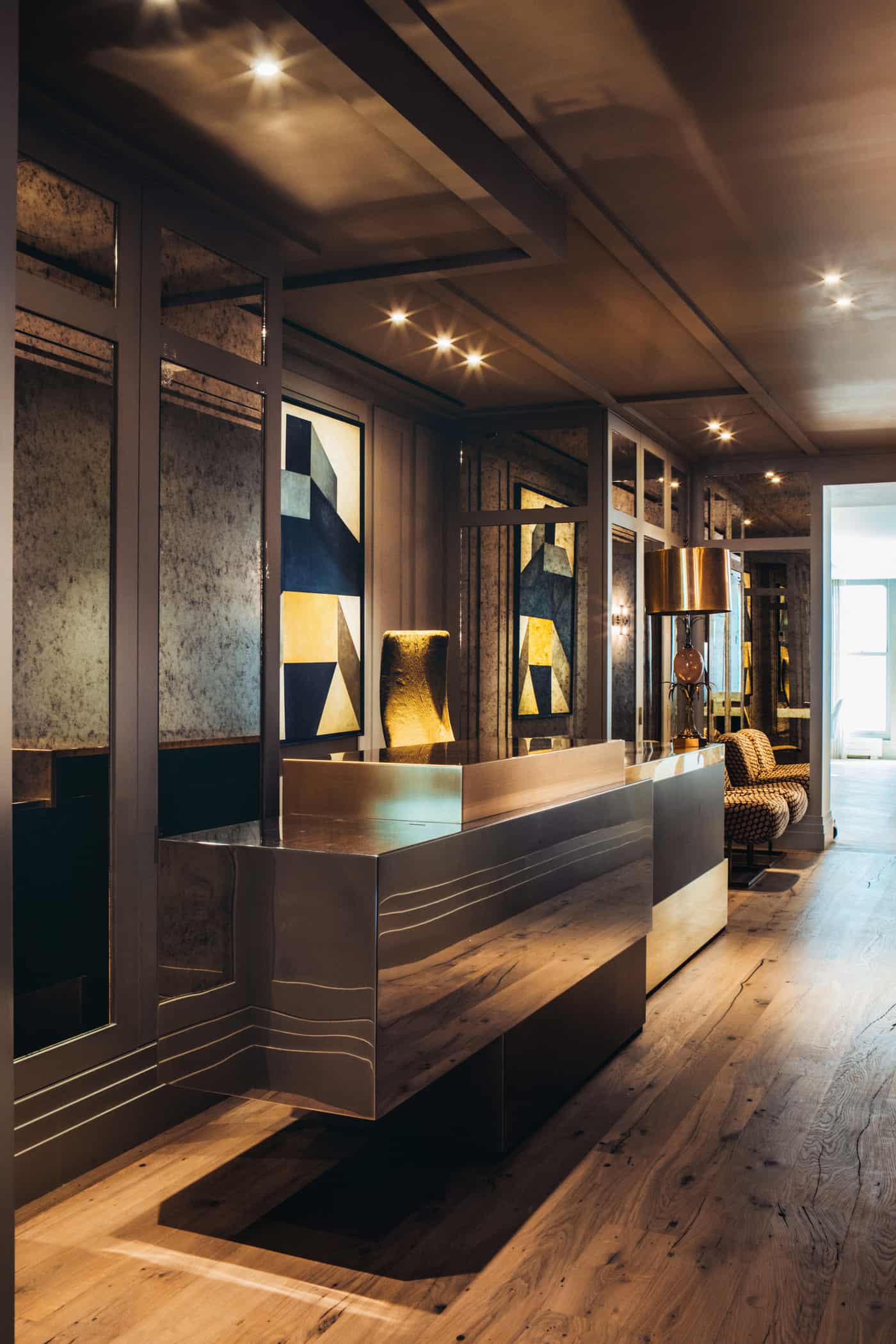 The man behind the desk smiled at me.

That’s when I noticed the debonaire man with salt and pepper hair lounging to the right of the reception desk.

He helped me off with my coat and as he hung it in the closet behind him I couldn’t help but think how gracious he was. He was wearing two pieces of a very nice blue three-piece suit, his shirt sleeves rolled up just so, and looked oh so French. (Mallett is actually from Perth, but has lived most of his life in Paris.) 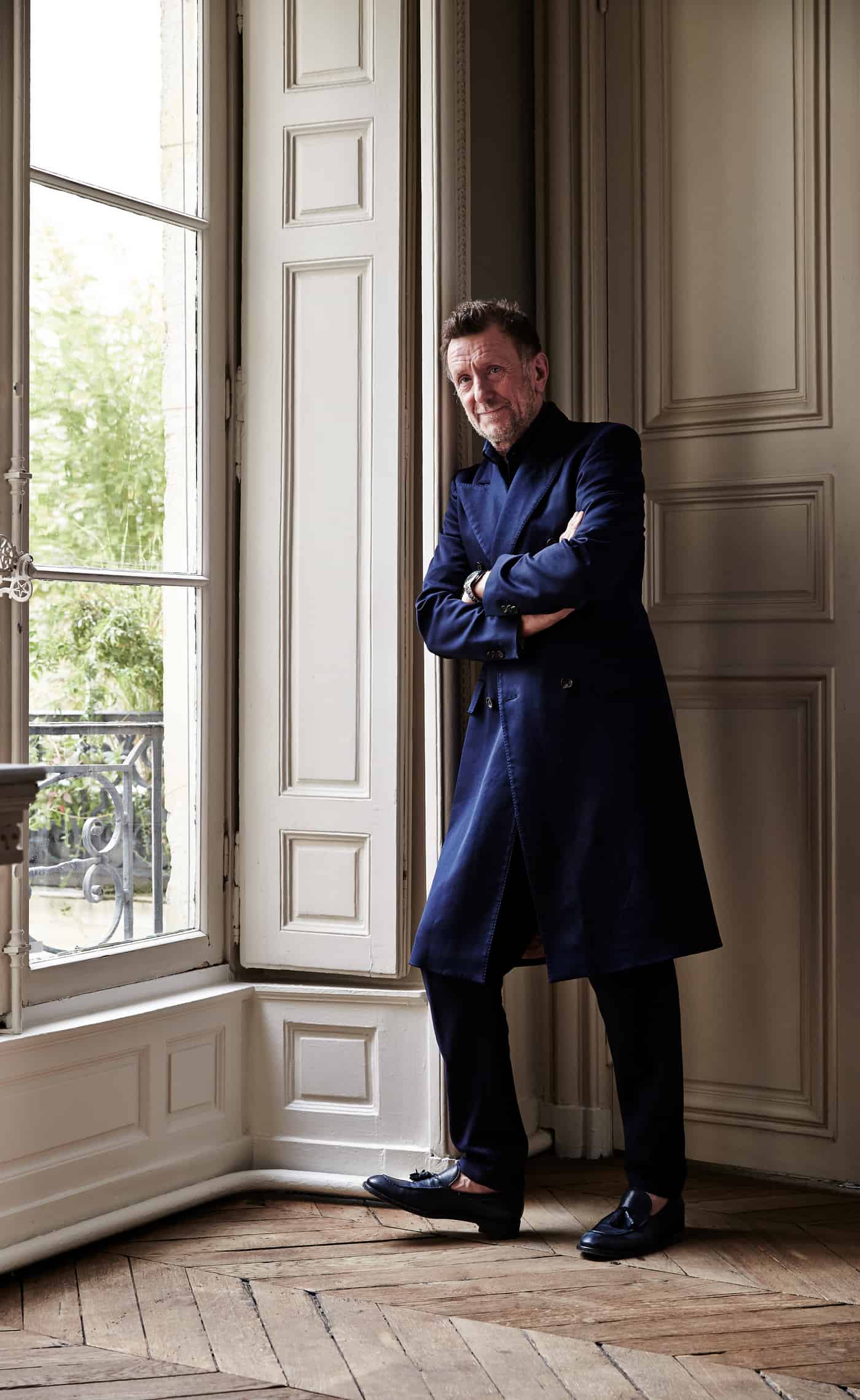 The salon proper, where he led me after my things were put away, was brighter and airier than the reception had been. A massive metal and stone table occupied the center of the room, with mirrors leaning casually against the walls on either side. “Francois Pouenat made these for me,” said Mallet, touching one of the mirrors. “He’s the best metalworker in the world. The best.” The furniture and lighting fixtures in the space were a combination of Pouenat originals and pieces gleaned from Parisian flea markets. The floorboards also came from Paris. Indeed, everything in the space had, at the very least, been stored in Mallett’s Paris salon for the better part of a year, allowing them to absorb the salon’s scent and mojo, before being shipped to New York and installed at The Webster. “People say the salon smells like Paris, but it isn’t like Paris, it is Paris. The scent of Paris is actually inside everything in the Salon.” 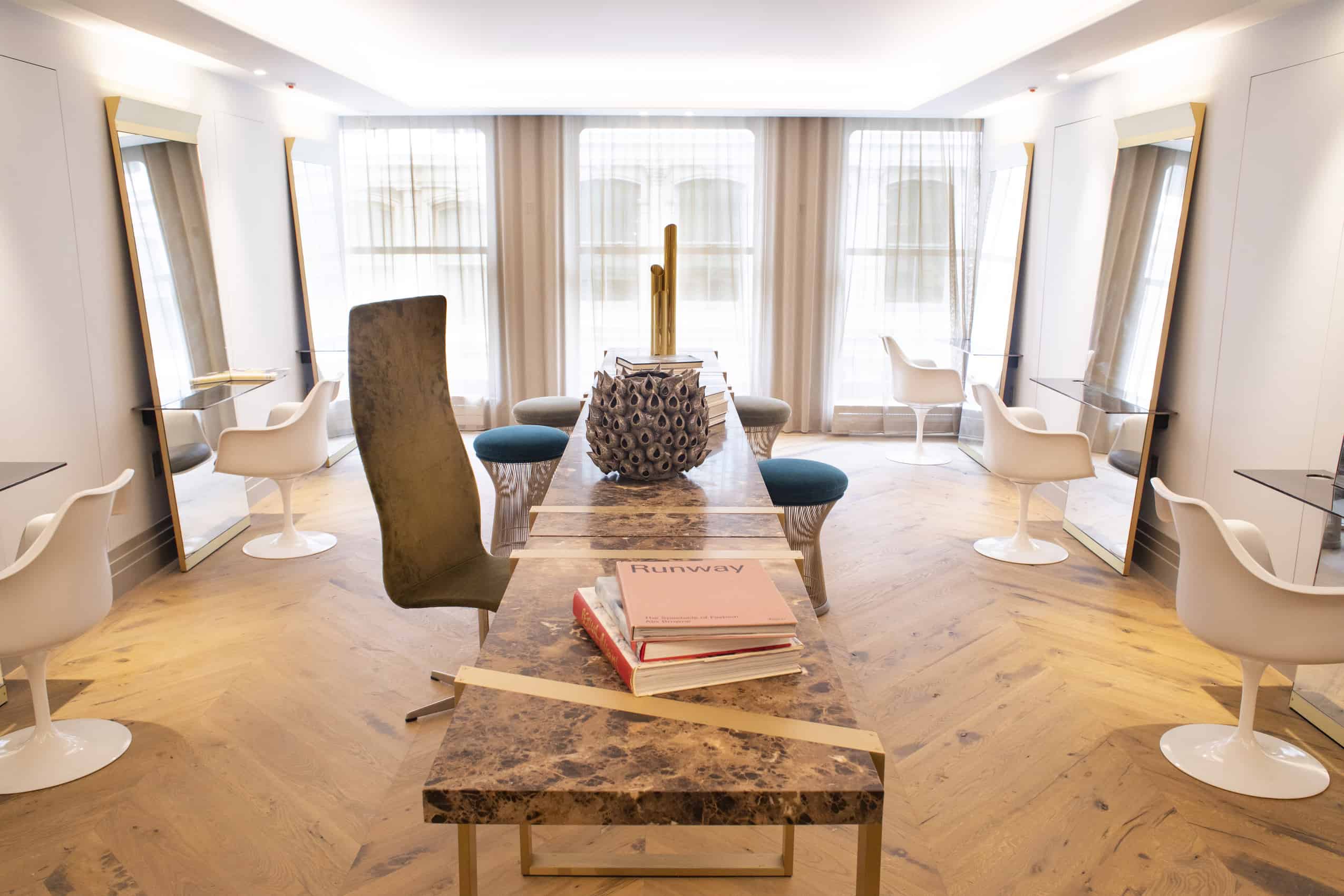 Even the staff at the new outpost are imported — no easy feat in today’s political climate, but essential in order for Mallett to achieve the level of authenticity and connectedness with his two Parisian salons that he wanted. Mallett’s stylists and colorists come from all over the world, but worked extensively in his Paris shops long before making the move to New York. After years spent cultivating his team, it was important to him that his first foray into the American market include them and their very particular approach to hair.

What is that approach exactly? Beautiful, of course, but undone. A bit louche, if you will. According to Mallett, French women don’t want to look like they’ve just had their hair done. Dry Bar this is not. The look of the moment is loose waves with long fringe, parted in the middle a la Stevie Nicks or Brigitte Bardot. Short cuts are also gaining in popularity among his clients, which include everyone from Natalie Portman, Diane Kruger, and Marion Cotillard to Clare Waight Keller and Karl Lagerfeld. Bobs, however, are out. And when it comes to color, balayage is king, although Mallett did not use that word exactly.

For men, the approach is similar — easy and natural, not too sleek or severe. This is not a barber shop. You don’t come here to get one of those faded buzzcuts with long bangs that have become so ubiquitous in recent years among Manhattan gays and Brooklyn hipsters. “Your top and sides need to blend together more,” Mallett told me as we discussed my hair. As someone who only gets his hair cut every few months, it is important to me that my cuts grow out nicely, so a more subtle transition from top to sides suited me just fine.

Before we could get started, though, Mallett had to take me to the back to get my hair washed. I only wash my hair at the salon, and even then only begrudgingly. Mallett was fine with skipping the wash — he has clients who haven’t washed their hair in years and he thinks it’s great (good for your hair and the environment) — but he assured me that, if I was willing, he had a shampoo that would not leave my hair feeling as if it had been washed at all. Long story short, he was right. The shampoo was amazing and when my hair was fully dry at the end of the cut, it had more life and shape than I had any right to expect post wash. 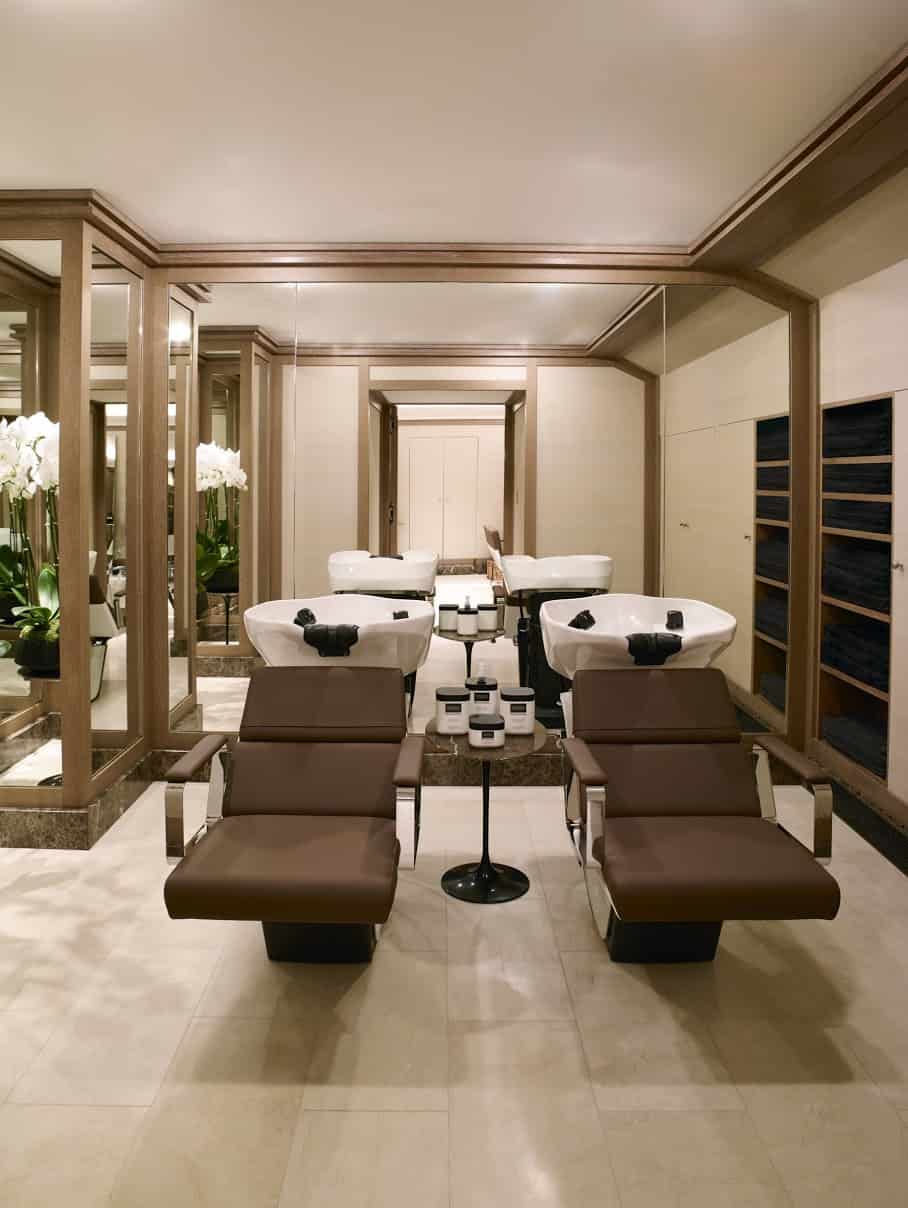 Like the shampoo, the haircut too was amazing, although I am too shy to post a photo of myself here to show you. Mallett took his time and we spoke leisurely about art — bonding over our shared love of Francis Bacon and distaste for Dubuffet — childhood — Mallett started styling his sister’s hair when he was three — and travel, among other things. It was lovely.

The haircut Mallett left me with was shorter on the sides and longer on top, like I usually get, but it felt cooler somehow. A little more messy. A little more shapely. Not in a way that anyone else would necessarily notice, but that’s what I liked about it. The change was subtle. It didn’t look like I’d just had may hair cut, which I guess was the whole point. Most importantly, though, I loved it. Like, I seriously loved it.

“You’ve ruined me [for all other hairdressers],” I told Mallett as he helped me on with my coat. He smiled, knowing full well that he had.

Lady Gaga Is One Step Closer to Launching Her Beauty Empire