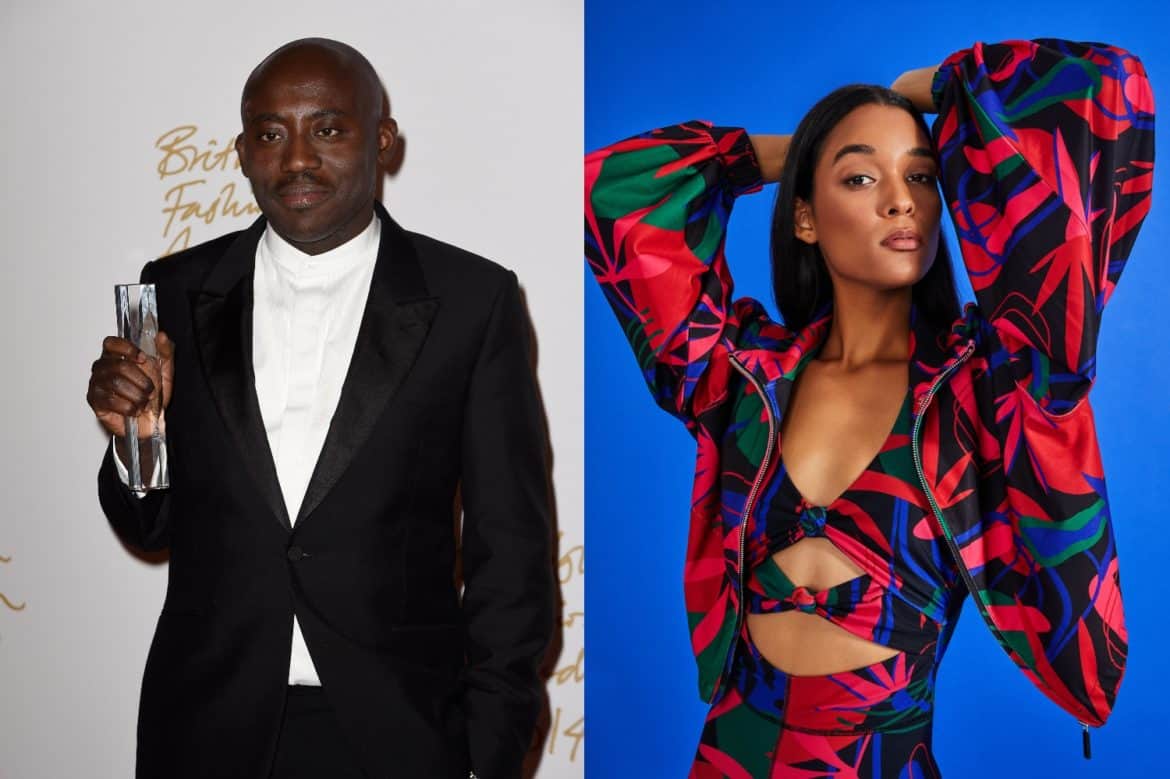 Edward Enninful’s memoir is set to land just in time for September 2022’s Fashion Month schedule. The revered editor in chief of British Vogue revealed on Instagram that his upcoming book, titled A Visible Man, will chart his three decade-long career in the industry; from a 16-year-old male model to a fashion editor in 1980s London. Enninful adds that he finally had time to pause during the pandemic, and after years of “working every hour of every day at breakneck speed” he finally had time to pause and put pen to paper. “I wanted to share my own experiences from childhood to the offices of Vogue, and show how anyone can make change in the world, with a little passion, perseverance and a pure heart.” You can pre-order the book now.

Mr. Big has spoken. Actor Chris Noth has defended Sex and the City co-star Sarah Jessica Parker, who played his longtime on-screen romantic interest. Parker has been embroiled in a feud of sorts with fellow SATC star Kim Cattrall, who vehemently refused to be cast in the upcoming reboot. Of the rumored rift, Noth said: “I have to tell you, I have absolutely no idea what her thinking is, or her emotions.” He added: “I do know that I’m very close with SJ and [Cattrall’s] descriptions of her don’t even come close. I liked her, I thought she was marvelous in the show and some people move on for their own reasons. I don’t know what hers were. I just wish that whole thing had never happened because it was sad and uncomfortable.” The 67-year-old leading man also told The Guardian: “I just don’t like to see anyone talking down about SJ because she’s a target and people can be nasty. I feel very protective of her and I was not happy about that. That’s all I’ll say about that.”  The revisit, And Just Like That, is set to air this Thursday on HBO Max. 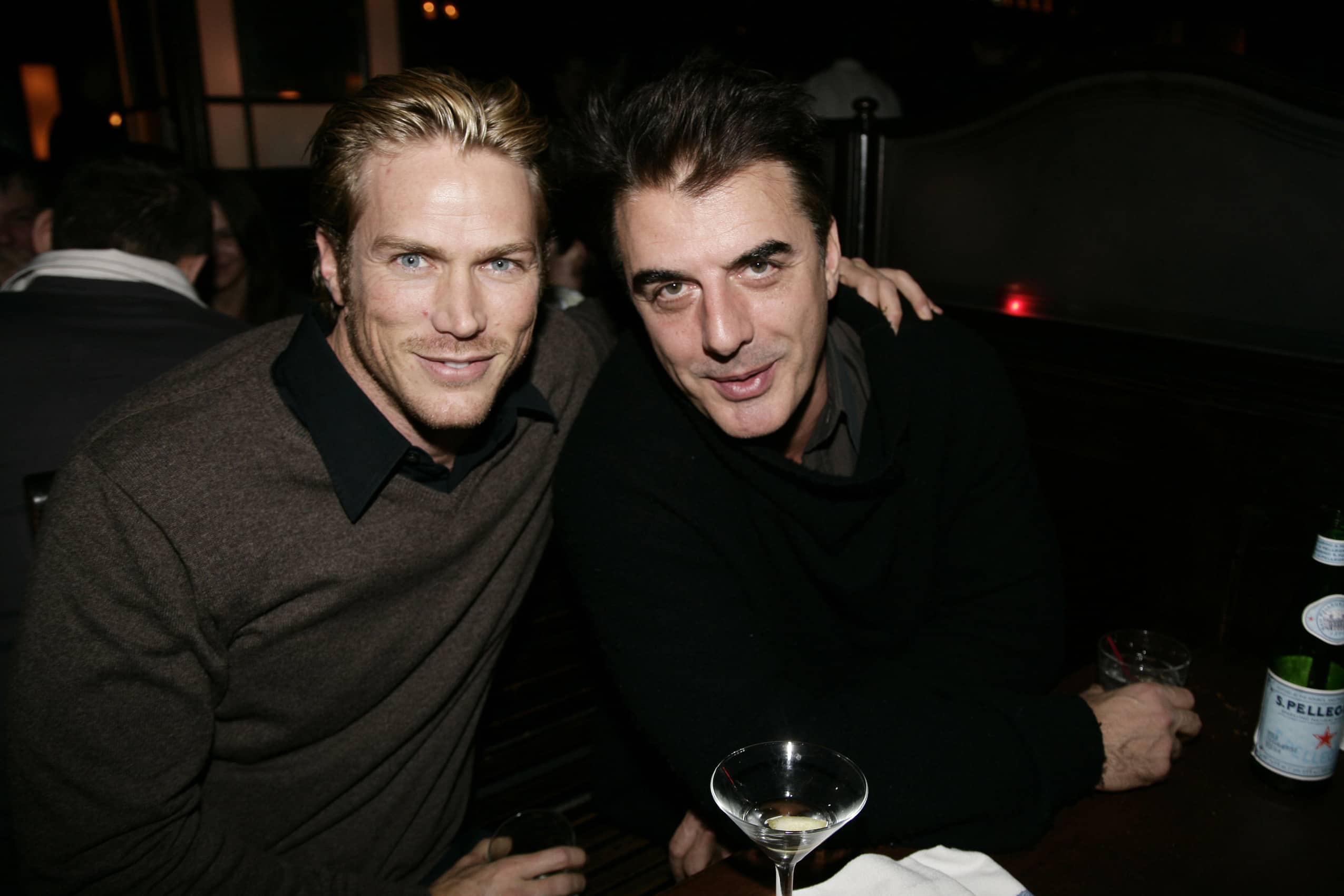 The designer behind your favorite party and vacay frocks and separates has made her first foray into activewear. Launching today, PatBo’s premier athletic apparel offering brings to mind the form-fitting and flattering silhouettes (and strategic cut-outs!) the brand is known for, alongside its signature vibrant prints and color palette. The performance-based collection is also derived from sustainable, recycled fabrics that have moisture-wicking technology front and center. Think: catsuits, biker shorts, track jackets, and ultra-high-waisted leggings ranging from $128-$178 and in sizes XS-XL. Shop it now on PatBo.com. 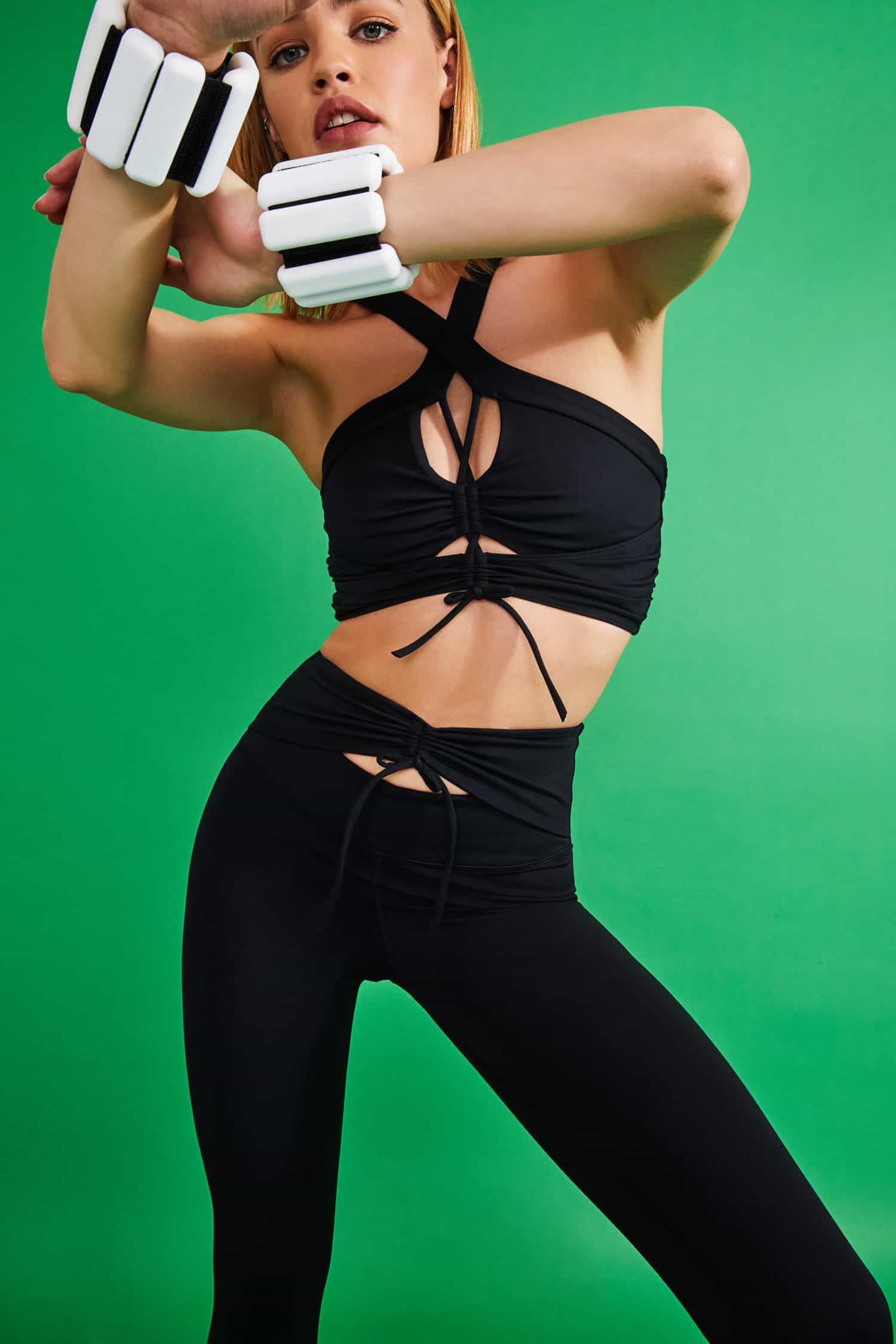 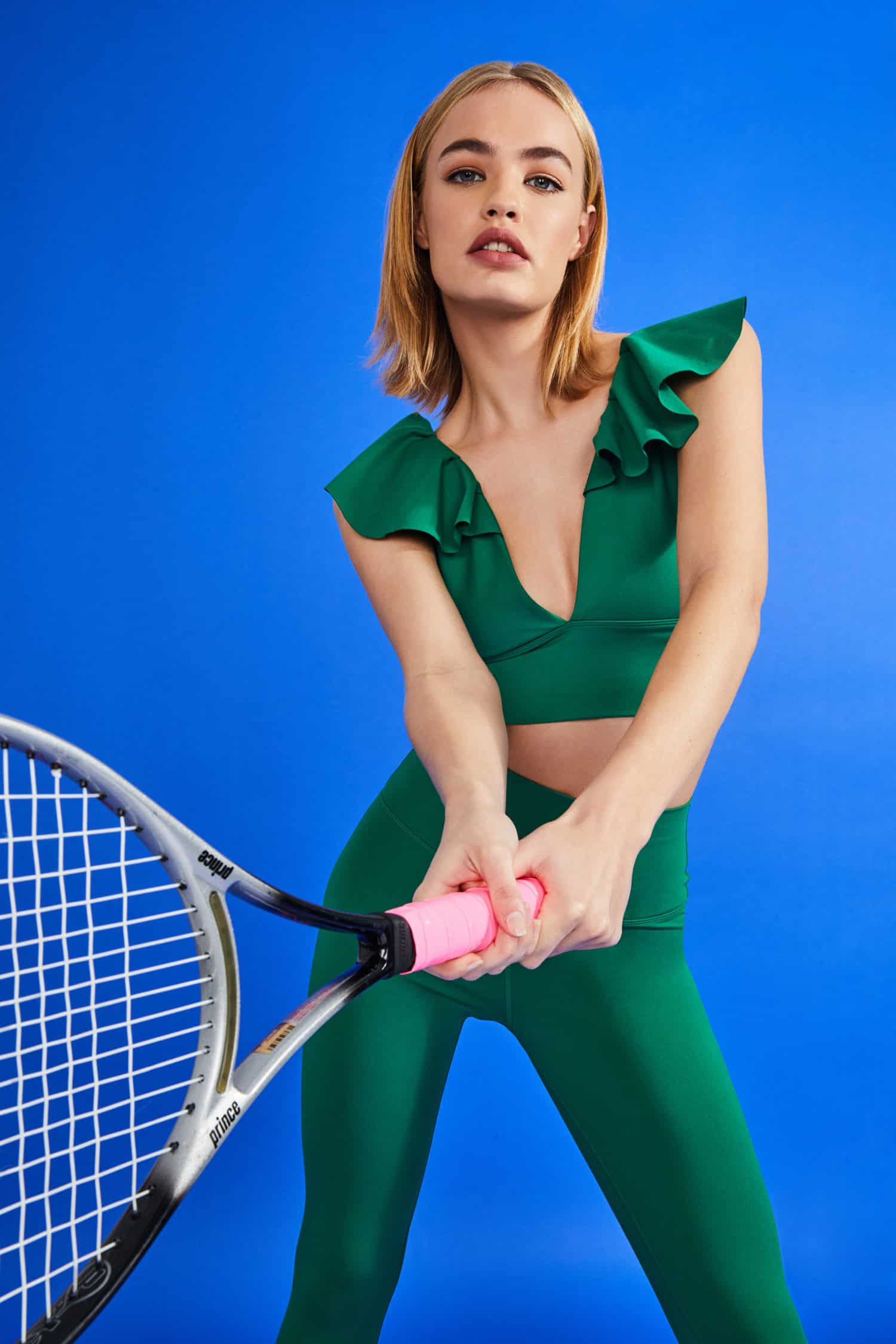 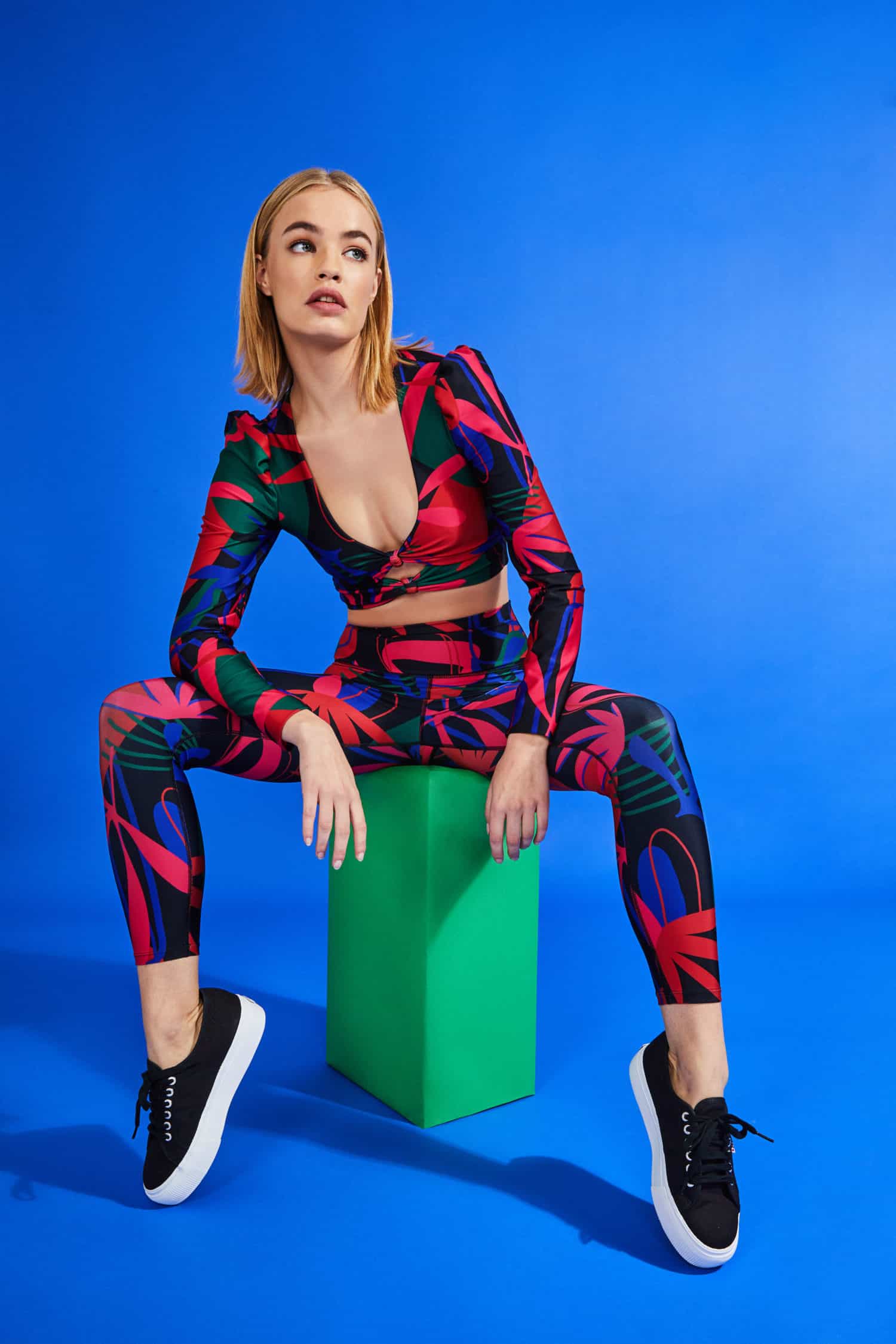 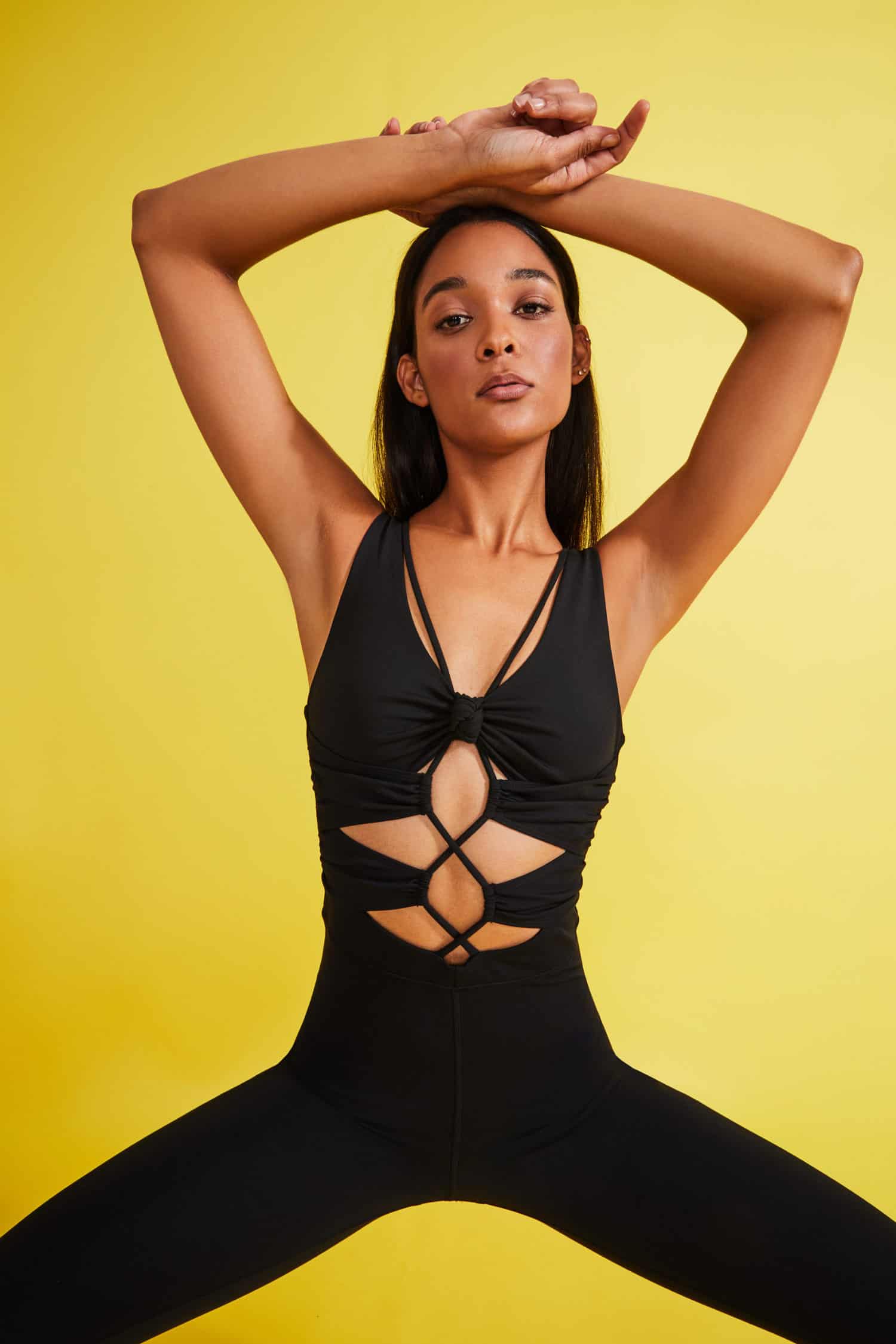 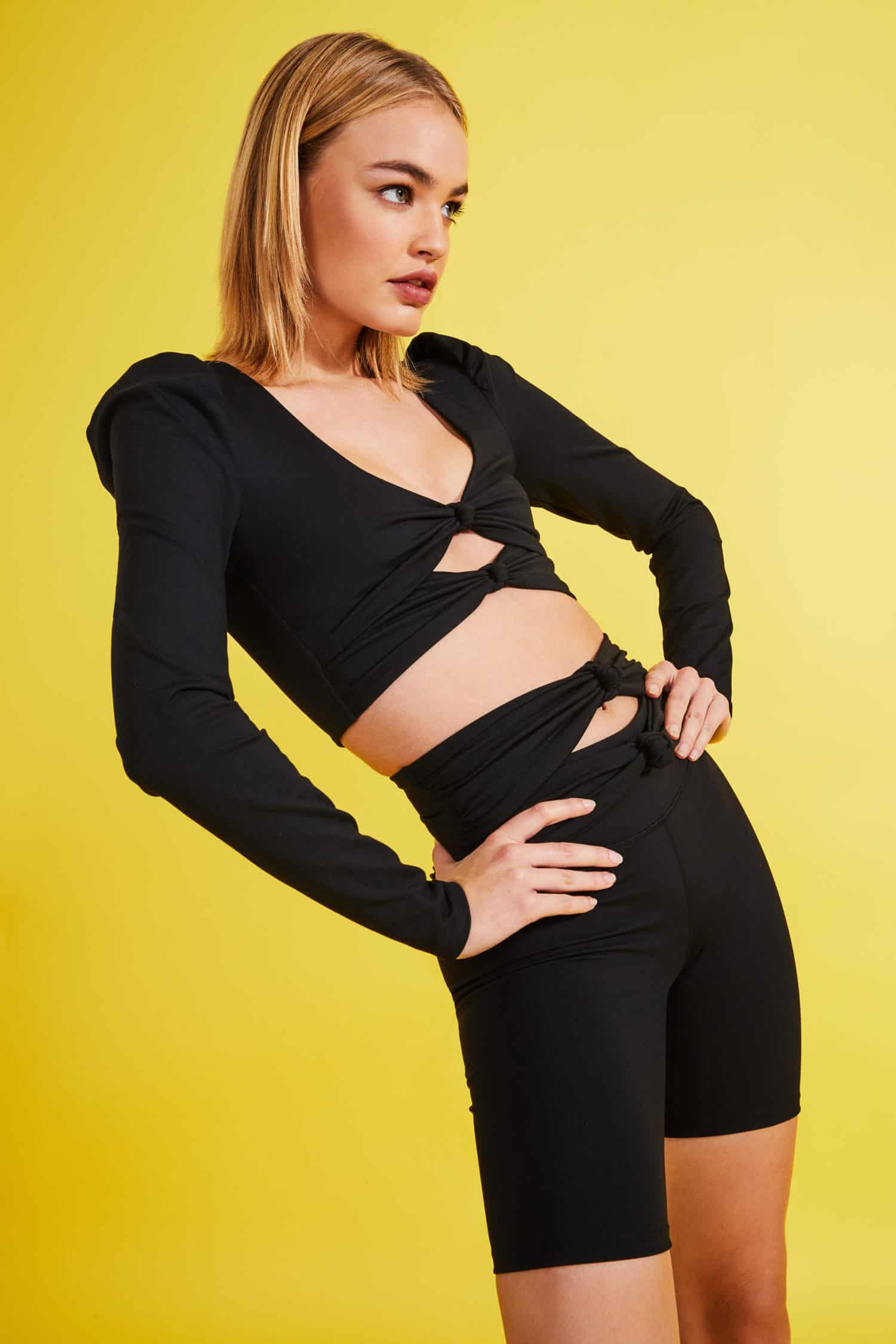 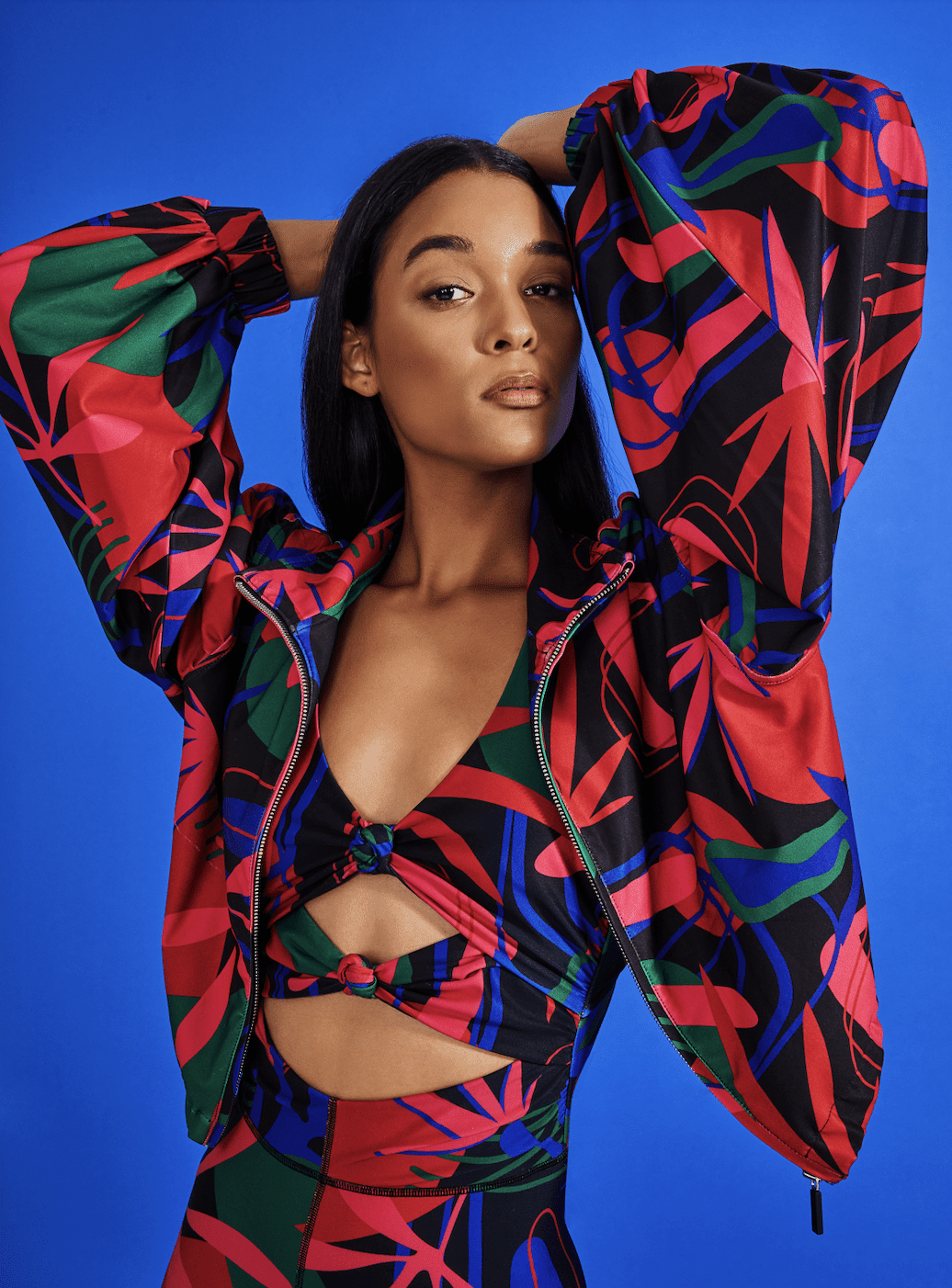 Larroudé teams up with Melissa

Award-winning footwear and accessories brand Larroudé has collaborated with Melissa. Available now, the collaboration is an offering of three rubber pool slides kitted out in floral prints—and of course they bare the signature bubblegum scent that Melissa’s vegan and recyclable shoes are known for. Of her collaboration with the Brazilian heritage brand, Marina Larroudé said: “Growing up in Brazil, Melissa was such a big part of my childhood—it’s when my lifelong passion for shoes and fashion really began. I have the most fond memories of going to the shoe store with grandma to get a pair of Melissas. I simply adored them and used to beg her for a new pair! They all had a special scent to them that’s such a strong sensory memory for me. When the samples arrived, the first thing I did was smell them—taking in the exact same scent I remember from my childhood.” 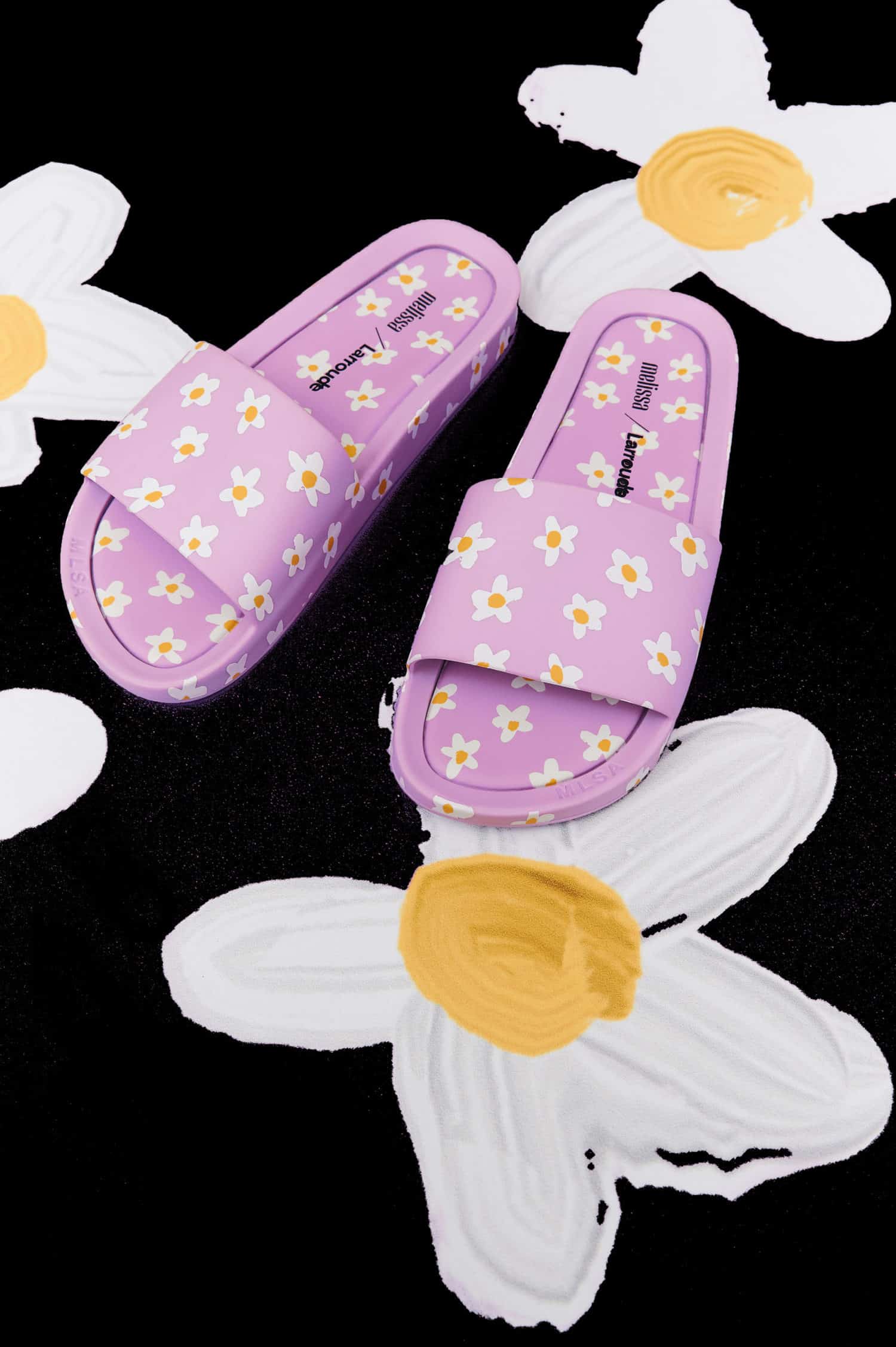 Australian actress Elizabeth Debicki has a new gig. The Crown star joins Dior as a jewelry ambassador, notably showcasing four new collections designed by Victoire de Castellane that focus on the universe of Rose Dior. The 6’3 thesp’s appointment follows that of Cara Delevingne; who was named the house’s first jewelry ambassador last week. 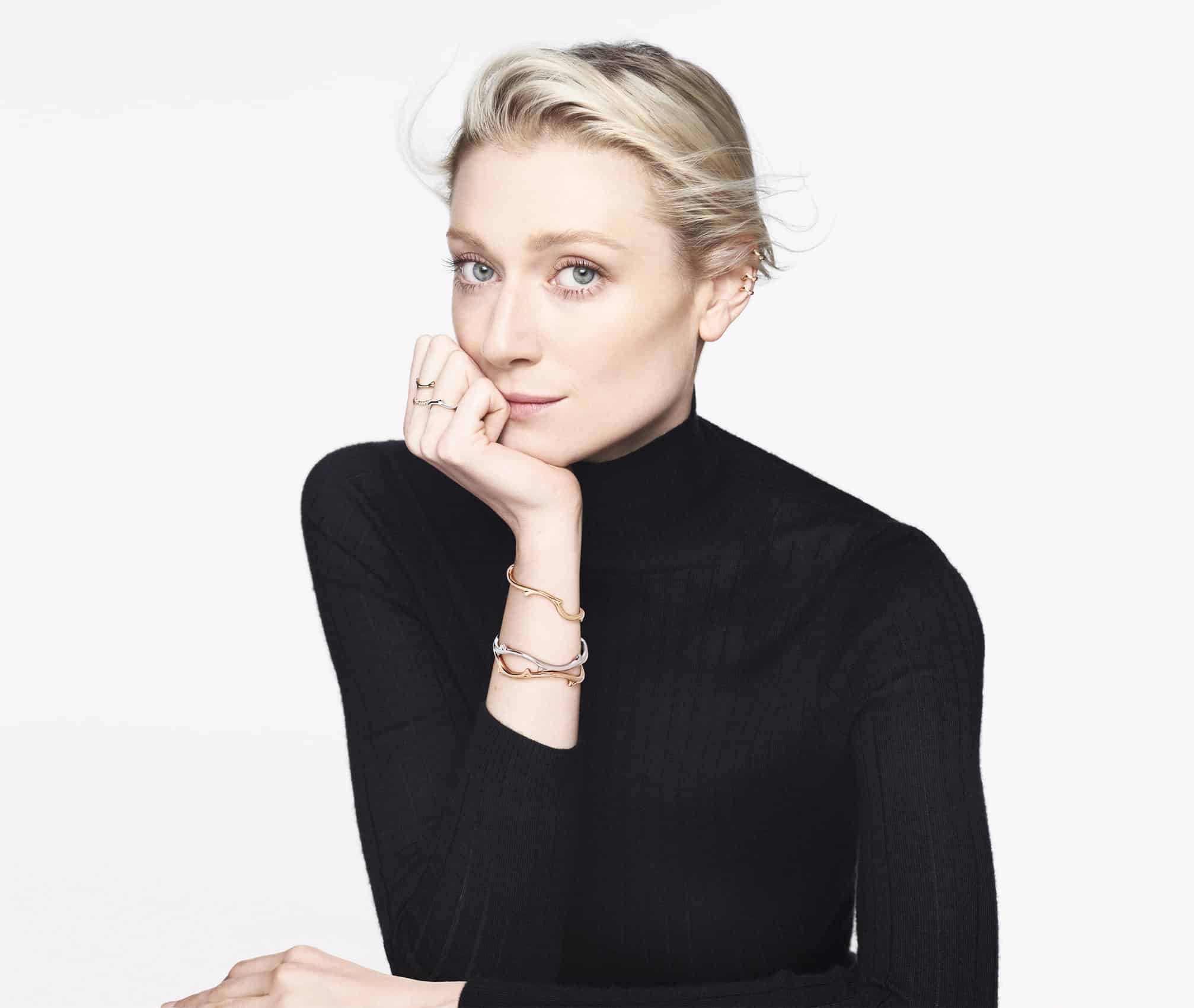 Fans of Halston’s era-defining aesthetic, rejoice! The iconic fashion brand has teamed up with Aurate on a jewelry line, aptly-titled The Muse Collection. The 12-piece range combines the sleek and sensual vibe that Halston is known for with the quality and craftsmanship of the sustainably-minded fine jewelry brand. In yellow gold, rose gold, and white gold, the offering of chain necklaces, collars, rings, cuffs, pendants, and earrings is available now, with prices ranging from $160-$1,500. You’ll be Studio 54 ready before you know it! 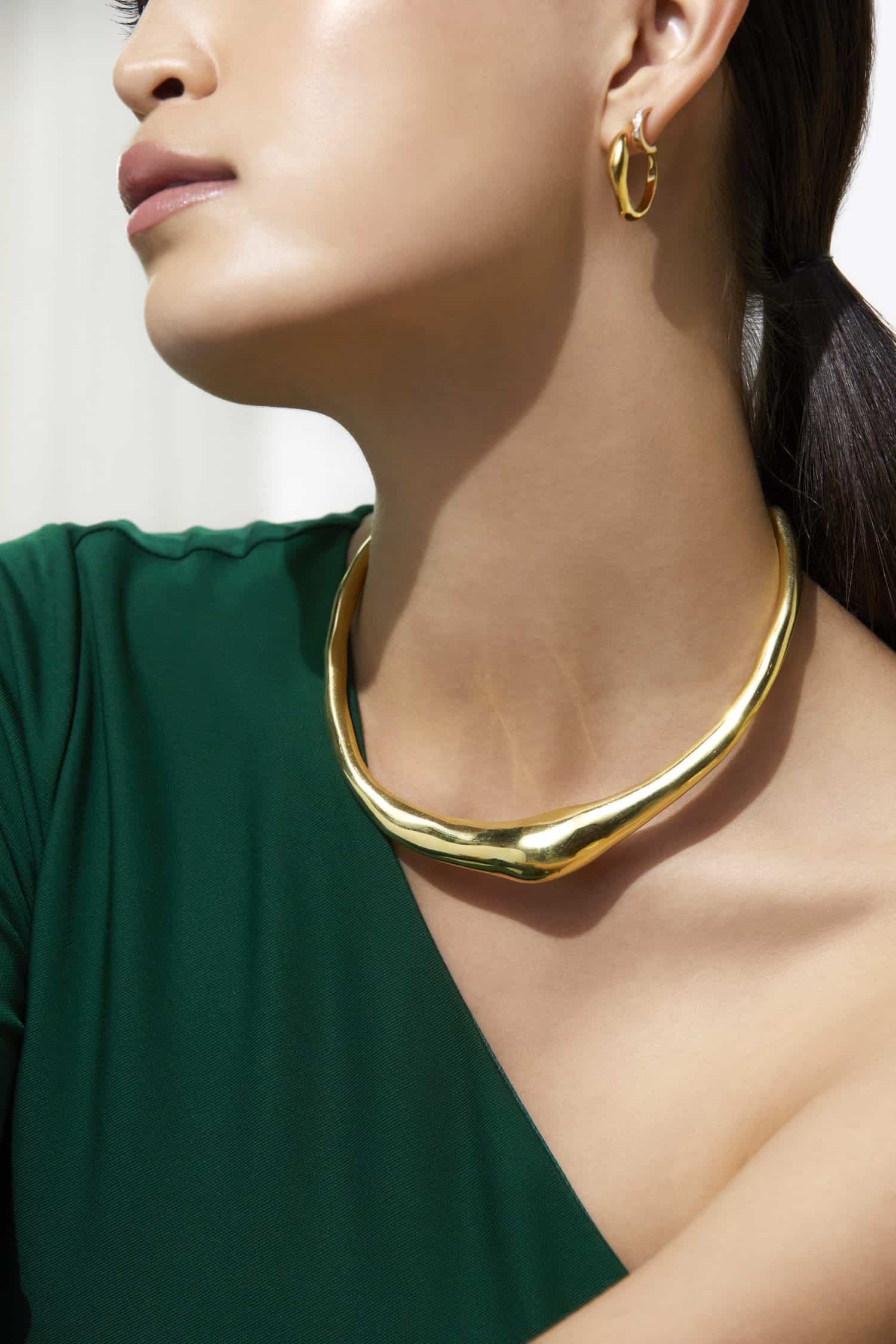 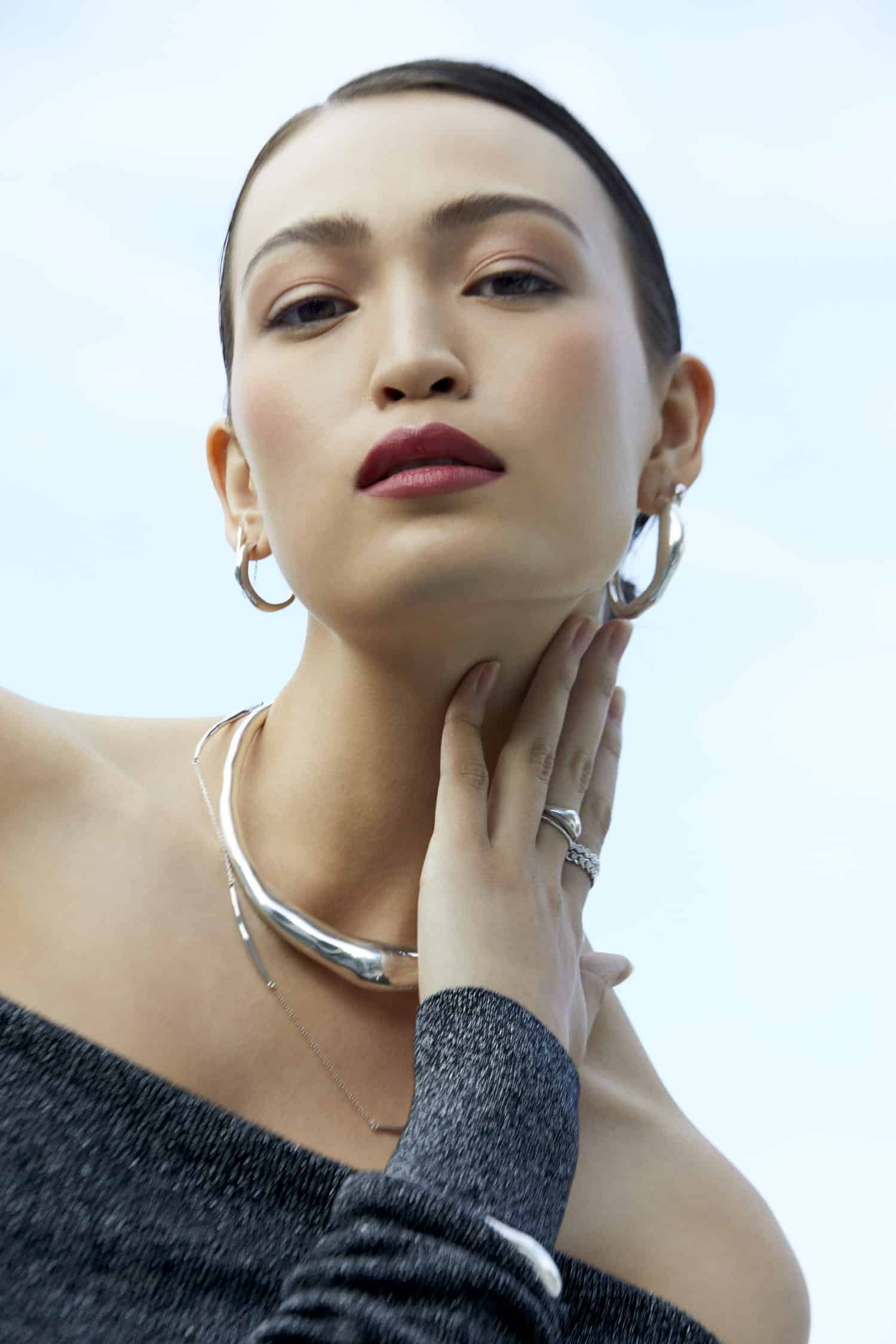 New mama Karlie Kloss got candid with WSJ. Magazine in a video to go alongside her new digital cover appearance. The supermodel spoke about everything from the phone call and advice that changed her life to becoming a mom and her future career goal: her own bakery. We’re hopeful too! Watch the clip below: