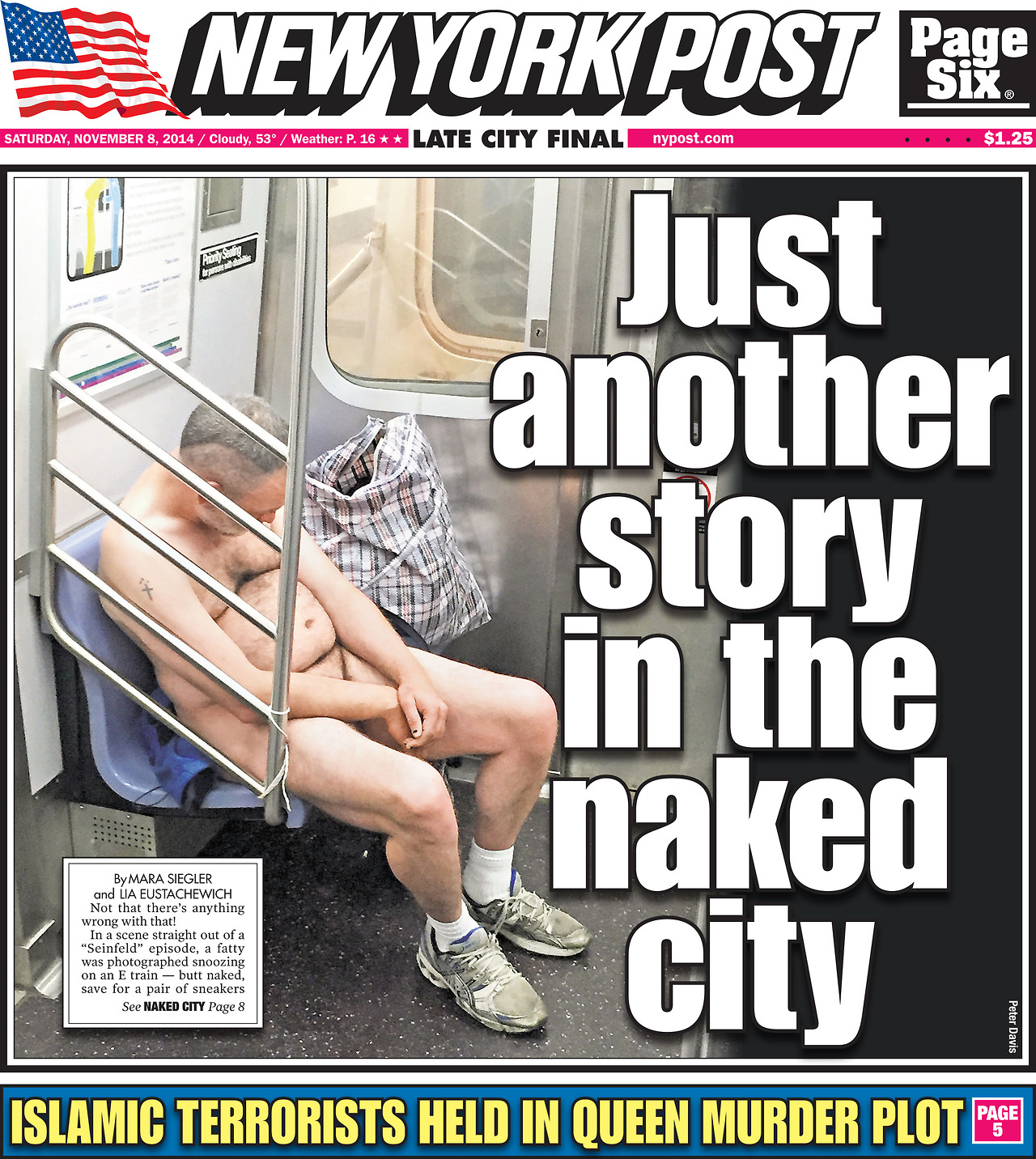 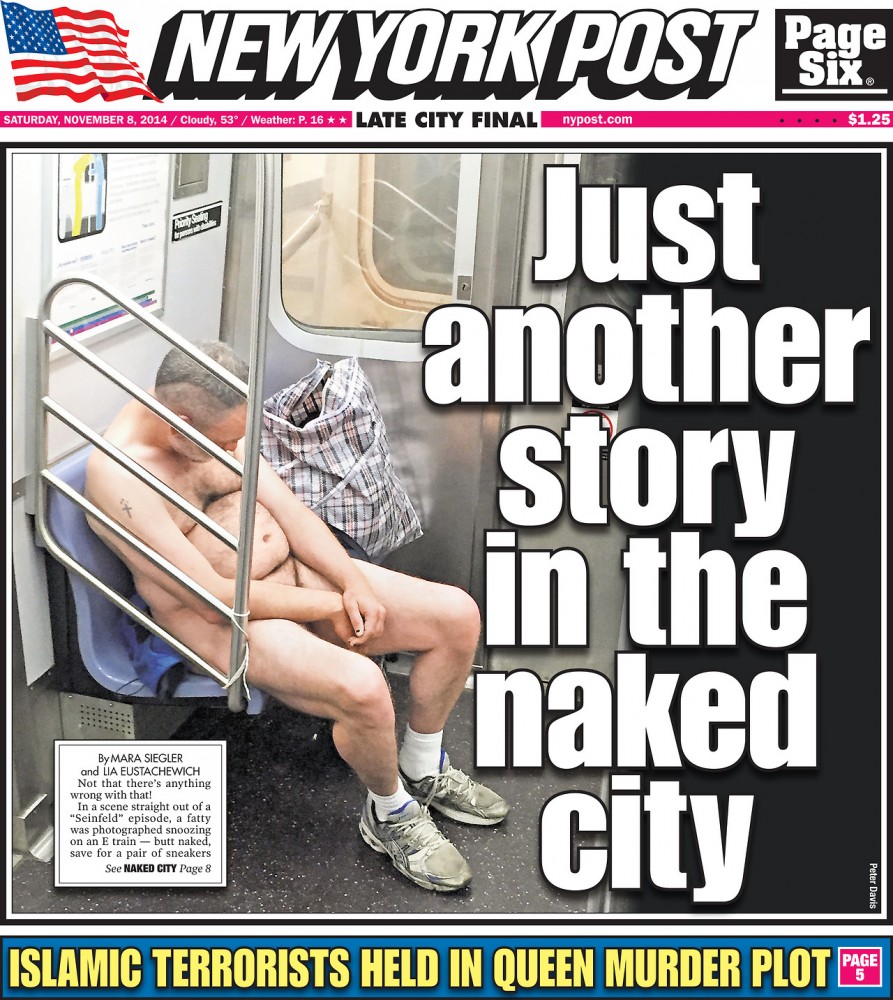 I had a very ‘viral’ weekend. A photograph I took of a nude dude riding the E train on Thursday night (snapped with iPhone6, natch) ended up on the cover of The New York Post. If that wasn’t weird enough–the frenzy of media requests that flooded my social media channels were seemingly endless, from HuffPost UK (of course, the Brit tabloids loved the story) to Telemundo. Hola! I’m famous in Mexico!

The story is simple. I was riding the E train with my pal Hanuk when we noticed the naked guy, who was swigging hooch from a handle of booze tucked into a plastic deli bag. Being a reporter, I immediately darted over and took a photo. The man didn’t seem to care. I tried to obscure the X-rated “bits,” which were unfortunately in full-frontal display. I posted the photograph to Instagram. When I went to bed, there were 259 comments (I only read the first 10 or so–I do have a life offline). The next morning Instagram had taken down the picture. But soon the Post was calling so it was like, Insta-who?

Then came the haters–loads of them. The nude dude made people feel sad. A few tattletales reported the photo to Facebook for “nudity” (Facebook didn’t remove it). Mean tweets flew at me. Why hadn’t I called 911, many asked. Answer: I have never been a snitch. If I dialed 911, the poor guy would have been arrested. And have you seen how the NYPD handle drunk people? It isn’t cute. Why hadn’t I tried to help the man or offer him clothes? Um, would you approach a husky, wasted naked guy brandishing a big bottle of booze? And he was sitting on a coat, so I didn’t feel it was necessary to offer him my Thom Browne dinner jacket.

Listen–being an alcoholic and having obvious mental issues is a bummer. But I am not a rehab counselor. I hope the guy gets help. And if he is in fact homeless (who knows?), I am involved with The Coalition for the Homeless, an amazing organization that helps the city’s way-too-large homeless population. They help people every day–I can’t recommend a better place to volunteer your time.