The Supers Reveal What Went On BTS Of Freedom 90! Video 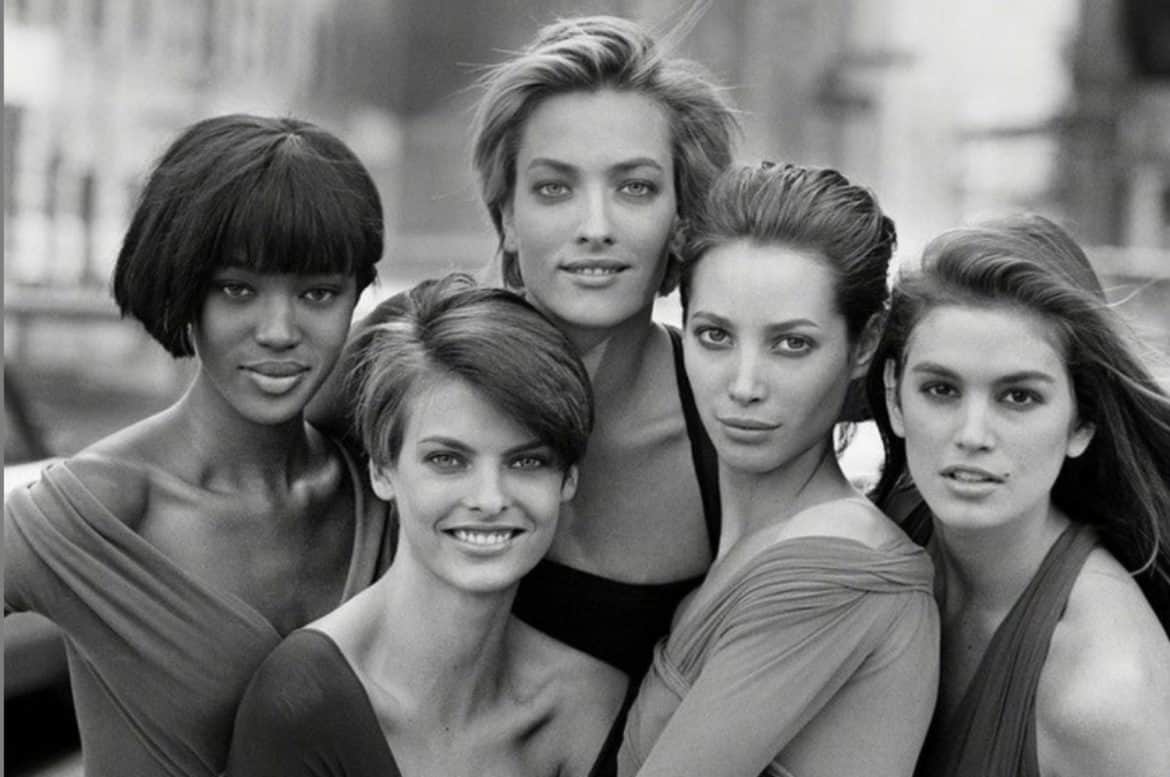 Yesterday, we shared that John Pearson—”the world’s first male supermodel”—has launched a men’s lifestyle website called Mr. Feelgood. To celebrate the site’s debut, Pearson called up his no-last-name-required friends Cindy, Naomi, Christy, Linda, and Tatjana to reminisce on the project that put them all on the map.

The Englishman starred alongside the supers in the iconic music video for George Michael’s track Freedom ’90!. Ahead of the song’s upcoming 30th anniversary, the group cast their memories back to that moment in time.

Pearson writes, “These five women were, and remain, incredible human beings, all beautiful, fun, intelligent, creative, kind, entrepreneurial and successful. And, most importantly, all living full lives of passion and purpose. Like the video itself, they have all maintained that wonderful energy for three decades. To have shared this moment with them, us all bound in a foot stomping, funky celluloid history set to a great singer-songwriter’s song of escape, is a special thing. And not too shabby for a young lad who came from a council estate in Yorkshire.”

Now, for the good stuff! Here are some select highlights from Pearson’s interviews with the women who forever changed the modeling industry.

Christy Turlington on that ‘blood sisters’ scene with Linda Evangelista:
“Linda and I were the only ones who overlapped shooting the video because we had a scene together. It was pretty controversial in retrospect as we were pricking our fingers to be blood sisters at a time when HIV AIDS was rampant. I remember George being incredibly focused and in control of everything, but also fun in the moments when we got to just hang out.”

Linda Evangelista making us question what really went on when cameras stopped rolling:
“One of my favorite memories of shooting the video was George explaining to me that I needed to ‘lip sync’ and not sing along to the track. I wasn’t quite sure what the difference was! He was such a sweetheart. We were a bit naughty off set though as the day went on into late night, that’s all I’ll say…”

Naomi Campbell on her all-nighter:
“I remember we had the Thierry Mugler show the night before in Paris and I was the first up to
shoot. The show finished at 3am, so I didn’t sleep because I had to catch that 6am plane. There were no Eurostars then going to London and I was exhausted. But I was very much looking forward.”

Tatjana Patitz on becoming a household name:
“[The video] represents an era in pop culture, and it was at the height of the early ’90s when the fashion, film, and music industries blended together. MTV was huge at the time with all the incredible music videos. I became more recognizable in a different way I think.”

Cindy Crawford on feeling hard done by:
“I remember thinking everyone had a better scene than me. I was bummed I got stuck in the bath tub and then after with a towel on my head! But you don’t argue with David Fincher—even then. When I look back, I think we were all presented in a way that reflected us individually.”

Christy Turlington on whether she likes being referred to as a supermodel:
“I do not. I always change the word to model whenever I can.”

Linda Evangelista on how the modeling industry has changed in three decades:
“There has been so much diversity in our industry—and I love it, I embrace it, and that’s positive. But there hasn’t been enough. The fashion industry still has so much to do.”

Naomi Campbell on her hopes for diversity in the modeling industry:
“I want to try and stay in the positive. So I feel that diversity is finally being embraced. There’s still lots to do in terms of things to iron out and being in a sense of equality. But I always want to say I’m optimistic and I hope that we will get there. And I hope that [because of] the time that I put into this industry for the next generation, that they don’t have to go through what I went through, or have to fight as hard for that diversity. I’d like to see changes made in the industry of people of diversity, of color to be given a seat at the table.”

How Elizabeth Harrison and Jeffrey L. Bowman Are Joining Forces