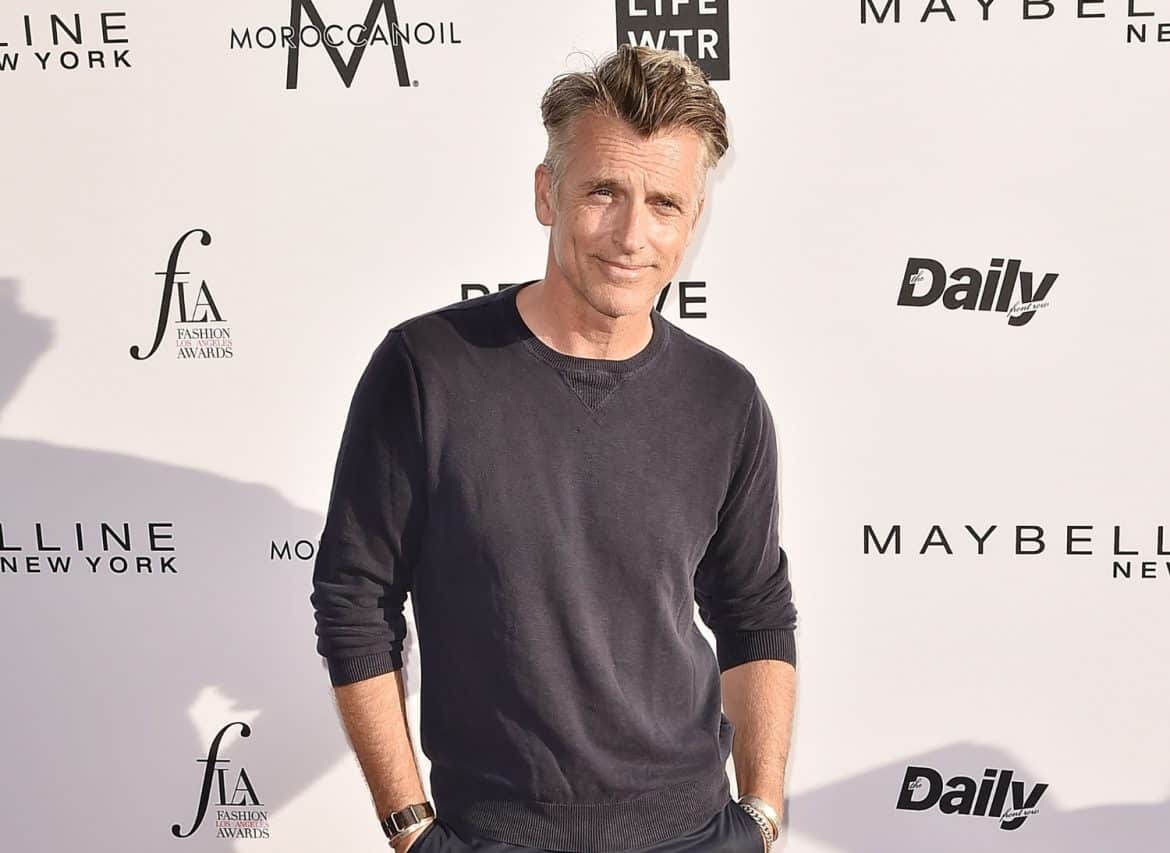 John Pearson, the Englishman whose modeling career has spanned almost four decades, has launched a new website called Mr. Feelgood.  The digital destination, billed as a lifestyle and self-improvement site, was unveiled today

Celebrating its debut, Pearson called in a favor from industry pals Cindy Crawford, Christy Turlington, Naomi Campbell, Linda Evangelista, and Tatjana Patitz—with whom he starred in George Michael’s Freedom! 90 video—for a trip down memory lane. After appearing in the seminal video alongside the prolific supers, Pearson was dubbed “the world’s first male supermodel” by The Sunday Times.

If Pearson looks familiar, it’s probably down to the fact he was previously a face for the world’s biggest brands, including Calvin Klein, Ralph Lauren, Donna Karan, Valentino, Burberry, Levi’s, and Gap.

In the last few decades, Pearson pioneered the now-standard trajectory for male models; with no shortage of appearances in both commercial and indie fashion mags, runway appearances, and contributing/consulting editor roles at the likes of British GQ and Taschen’s SOUL i-D.

A little throwback Friday fashion – just for the ‘ell of it … Wishing ALL peace, health and as much laughter and love as you can muster….give yersen’ a hug – ♥️ shot this campaign quite a few times, this particular time with 📷 #isabelsnyder #bananarepublic #campaign

The father-of-three has been married to notable stylist Alison Edmond for over 20 years, having originally met as teenagers growing up in Yorkshire, England.

His passion project will seek to cover compelling stories, wellbeing, mental wellness, health, culture, style, and more. The interview series ‘Who the F*** is…’ will profile dynamic figures. Unsurprisingly, the first installment features Pearson himself.

Introducing MR FEELGOOD, our new lifestyle and self-improvement digital magazine and community that we hope will help us all lead happier and healthier lives. We cover lifestyle and life itself — so not only what we wear, watch and buy but also what we feel, think and do.⁠ ⁠ Central to our mission is to demystify the world of mental wellness to get to the core of the people, brands and ideas that can help enhance our lives. We feature inspirational stories, practical health advice, culture recommendations, style tips and more. ⁠ ⁠ And we will attempt to make sense of concepts and ideas in the world of wellness and self-improvement that can sometimes seem aloof, confusing or even a little crazy by asking, "What the f*** is that?” We’ll be asking it a lot! So first we should ask, "What the f*** is Mr Feelgood?” Find our answer in the link in bio! 🤔💥💙⁠ ⁠ #mrfeelgood #wtf #lifestyle #inspiration #healthy #happy #wellness #selfimprovement #culture #style #fashion #sustainable #productivity #focus #purpose #innovators #gamechangers #wisdom #motivation #positive #beauty #life #love

Mr. Feelgood’s British co-founder Pete Samson is a longtime reporter and media executive, now based in L.A., as is Pearson.

Highlights on the newly-launched site include the tale of a man who once lived in storm drains underneath Las Vegas before setting up his own charity, a dissection of Lebron James’ mental fitness routine, and tips on writing a Hollywood-ready novel.