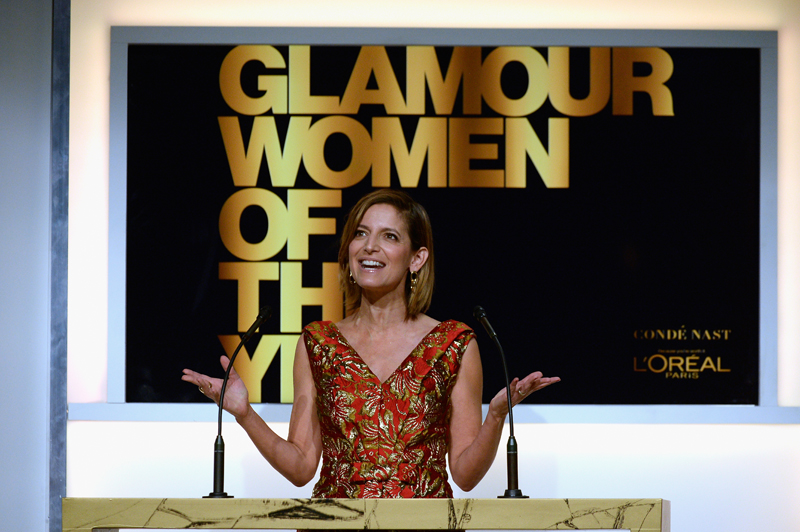 After 16 years as editor-in-chief of Glamour, Cindi Leive announced that she will be stepping down from her role at the magazine. Leive will remain at the company until the end of the year to finish a range of projects under her belt, including her Women of the Year event this November. Leive’s departure follows the exits of Vanity Fair‘s Graydon Carter, ELLE‘s Robbie Myers, and Time‘s Nancy Gibbs.

“As in all things magazine related, damn Graydon got there first,” Leive told The New York Times. She sat down with the paper’s Katherine Rosman before she announced the news to her staff this morning. “I’m sure I will be, in my grandmother’s words, ‘highly verklempt.’ I’m a bit of a cryer anyway,” she said on being a “little nervous” about telling her staff the news. While Leive was vague about her reason for departing the book, she said, “Not to get too emo, but my mom died when she was 49 and last year I turned 49. I felt like I have been given this gift of so much more life and I wanted to do something with it.”

Her successor at Glamour has not been announced, and Leive would not comment on what her next act would be. “I’m not going to another big media job or to a similar position at another company,” she said. “I adore my kids, but I’m not leaving to spend more time with my kids.”