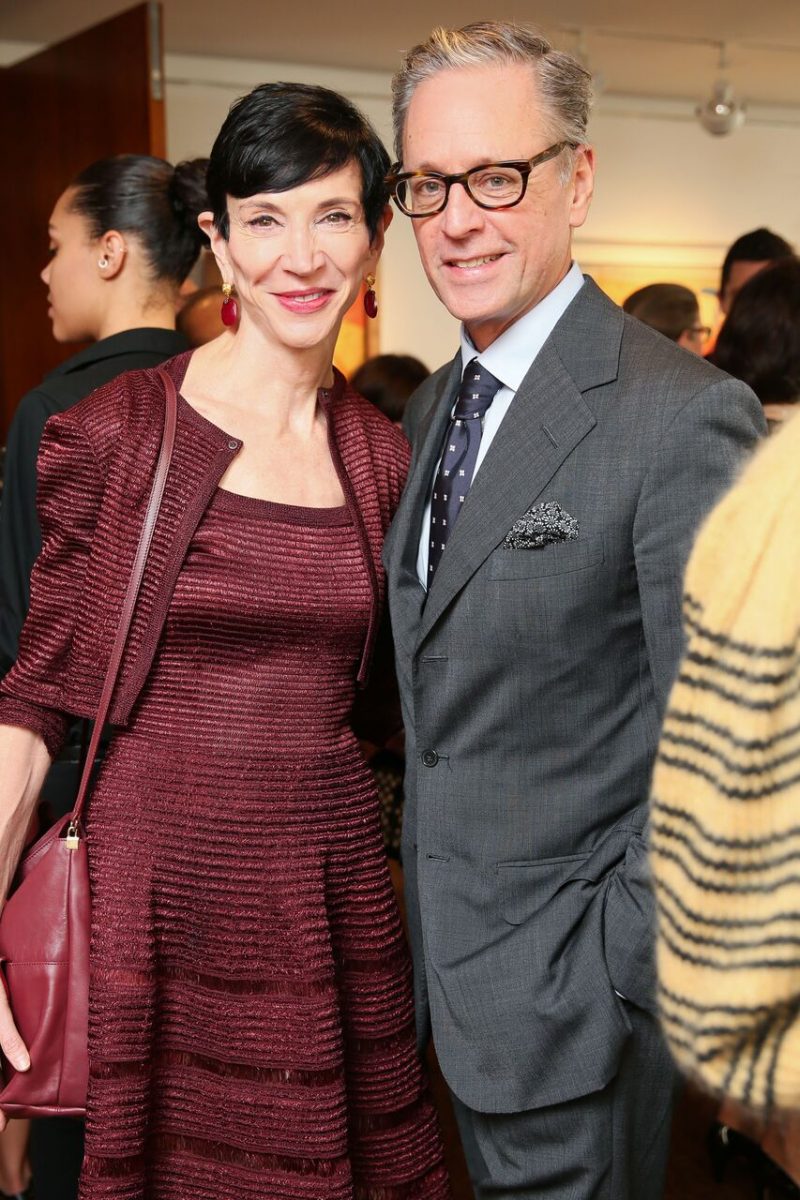 A chic crowd gathered at Christie’s NYC headquarters yesterday for a luncheon that celebrated the new Phaidon tome, Yves Saint Laurent Accessories. The book, which was written by Patrick Mauries—author of Jewelry by Chanel and Cabinets of Curiosities, among others—centers on the iconic range of jewelry that Yves Saint Laurent created for his couture collections. The event began with a cocktail hour where guests including Amy Fine Collins, Deborah Needleman, Kate Davidson Hudson, and Colby Mugrabi could try on baubles from Christie’s collection (think lots and lots of diamonds) amid mingling and sipping on wine. Drinks were followed by a sit-down lunch of poached tarragon chicken salad and mini sweet confections including apple galette, napoloeon choc-cafe, and gateau aux almonds. Other guests who attended the lunch included socials Sharon Hurowitz, Shirin von Wulffen, and Gigi Mortimer.

Later, Madison Cox, longtime partner of the late Pierre Bergé, who got married last March in a private ceremony, spoke on the tome in a panel discussion. “After visiting the archives and because of my great respect for Phaidon, I thought there was a book that could possibly be done,” said Cox. He revealed some interesting facts about Yves Saint Laurent and the legend’s love for baubles further in conversation…

Cox on YSL’s philosophy on accessories: “I’m not a fashion historian but it’s interesting because the jewelry is about couture—what is or what was couture at the time. These were custom made dresses for particular clients. Most of the jewelry were his idea of how those dresses could be accessorized. Most of his clients had their own jewelry and weren’t buying costume jewelry which is all this is. His philosophy on almost every single piece he ever designed had a corresponding necklace or earrings, gloves, hats, shoes, etc.”

…on how YSL created the jewelry: “He along with Loulou de la Falaise was very instrumental in designing the pieces, but they were designed out of the house. Artisans created the jewelry, some of which are still around—thank god.”

…on Cox’s favorite accessories: “There’s one iconic accessory, which is the jewel heart. It’s something that he designed in one of the early collections. It was a pendant that was worn by one of his favorite models in each collection. That heart remained throughout all of his collections.”