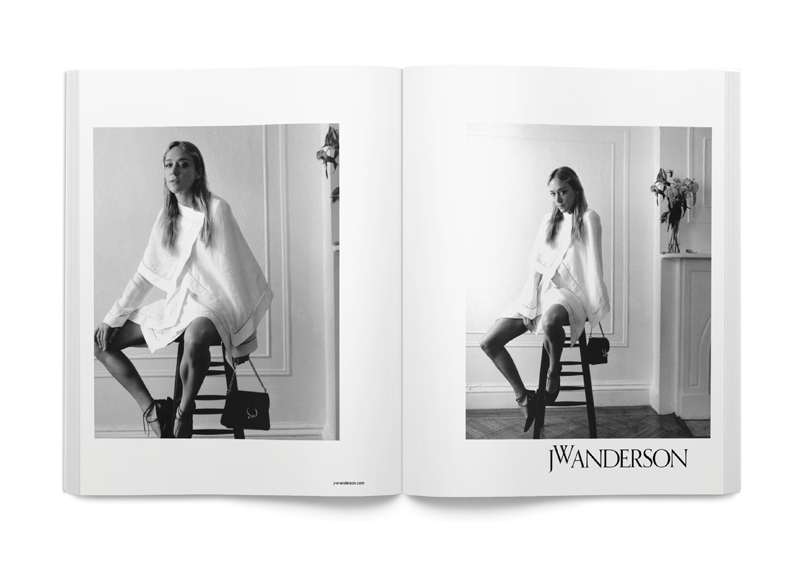 Quintessential cool girl Chloë Sevigny is the new star of J.W. Anderson’s Spring 2017 campaign, taking the reigns from Bella Hadid, who fronted the August/Winter ads. Inspired by the Tudor Court and masculinity, it’s the parfait collection to be modeled by the 42-year-old actress, who’s often lauded for her tomboyish and unconventional approach to style. Shot by photographer Jamie Hawkesworth, who has also worked with brands like Alexander McQueen and Loewe, and styled by Benjamin Bruno, who has worked with Anderson before, the campaign captures both color stills and black and white portraits of Sevigny—being perched on a stool never looked so chic.