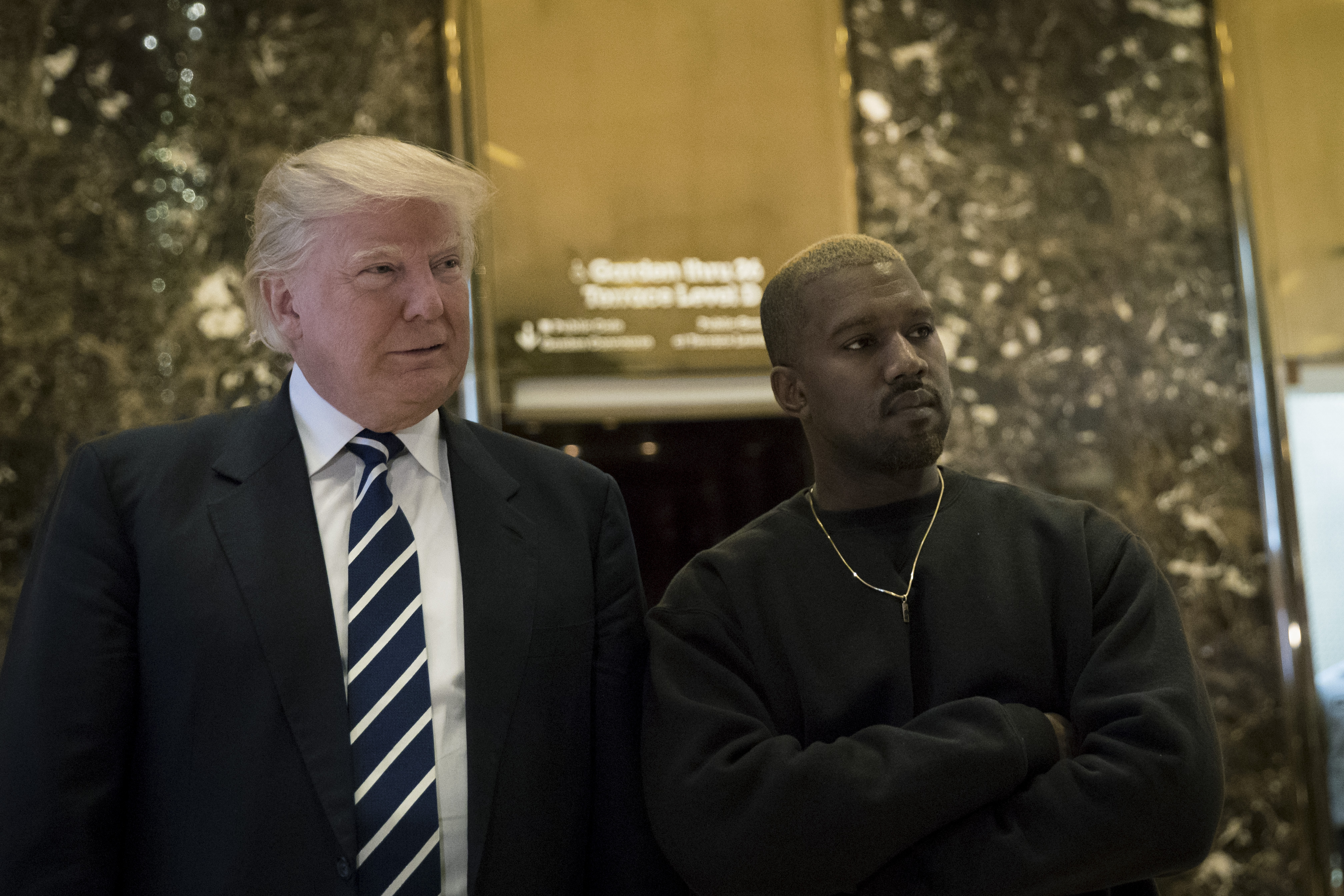 At 9 this morning, rapper and fashion designer Kanye West was spotted entering Trump Tower with his entourage in tow (and his new blonde hair) in New York City to meet with President-elect Donald Trump, less than two weeks after being released from a hospital for exhaustion. Trump’s team invited West to discuss a potential role for the rapper, E! News exclusively learned; Trump’s spokesperson Hope Hicks confirmed to CNN that West required 15 minutes of Trump’s time. The President-elect is looking for the controversial talent to be an “ambassador of sorts,” a source close to West told E! News, adding that Trump is interested in getting him involved in an “entrepreneurial leadership role.” Stay tuned to find out what that means. “Trump thinks he’s a great role model when it comes to business,” the insider added.

Post-meeting, Trump and West were photographed together in the lobby of Trump’s NYC HQ, with Ivanka Trump and Kris Jenner’s boyfriend Corey Gamble in the background. A videographer was also seen with West. When reporters asked about potential cabinet positions, Trump only mentioned his personal relationship with the rapper. “We’ve been friends for a long time,” he said. “We discussed life.” West, who didn’t vote in the 2016 election—but famously said he would have voted for Trump during a rant at a recent concert in California—remained fairly quiet, except for requesting to take pictures. Whether we’ll see West performing at the 2017 inauguration or taking on a role in the Trump cabinet remains to be seen, however the get-together ended with Trump telling West, “You take care of yourself, I’ll see you soon.”