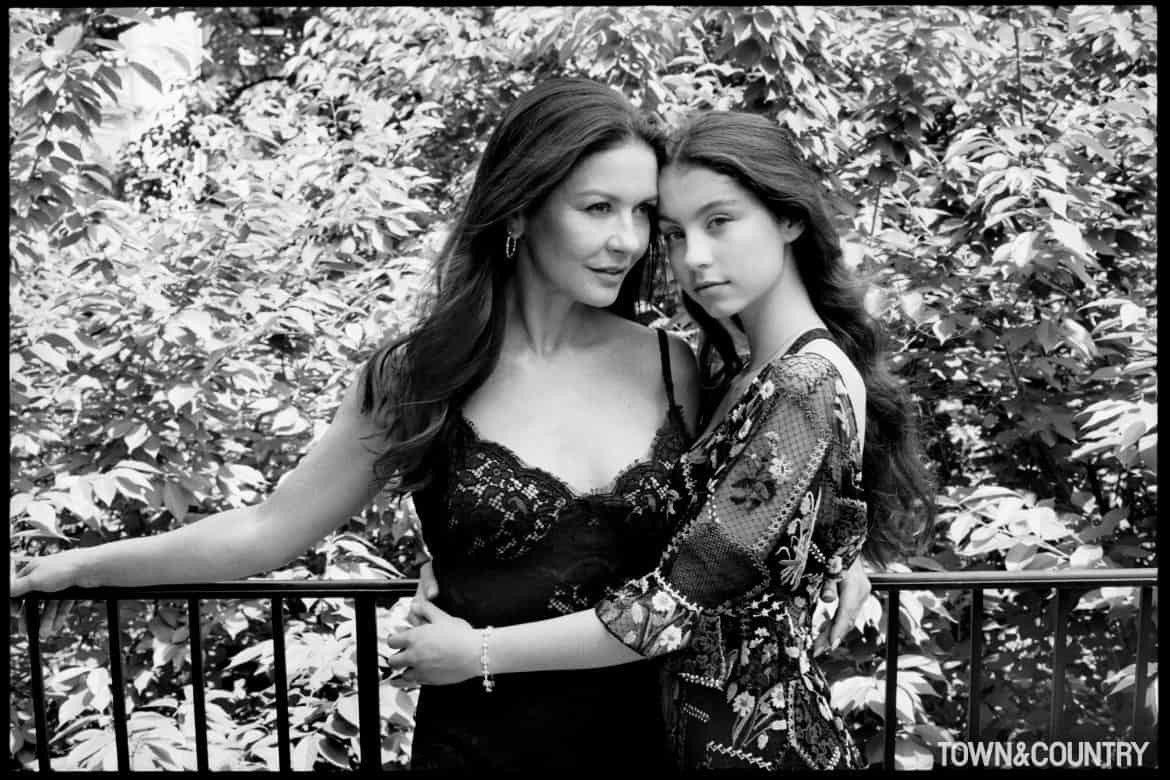 With famous parents like Catherine Zeta-Jones and Michael Douglas (not to mention her legendary grandfather, Kirk Douglas) 15-year-old Carys Zeta Douglas was never going to be introduced to society through something as pedestrian as a debutante ball. For the daughter of A-listers a far more appropriate choice would be the pages of a glossy magazine — and she managed to snag a snazzy feature on the cover of Town & Country‘s September issue.

Profiled alongside her mother, Zeta Douglas discusses her interests (many of which showcase cultured tastes that are more akin to a well educated, middle-age adult) how her parents have raised her to appreciate her charmed life,  and whether or not she will follow in her relative’s footsteps into an acting career. 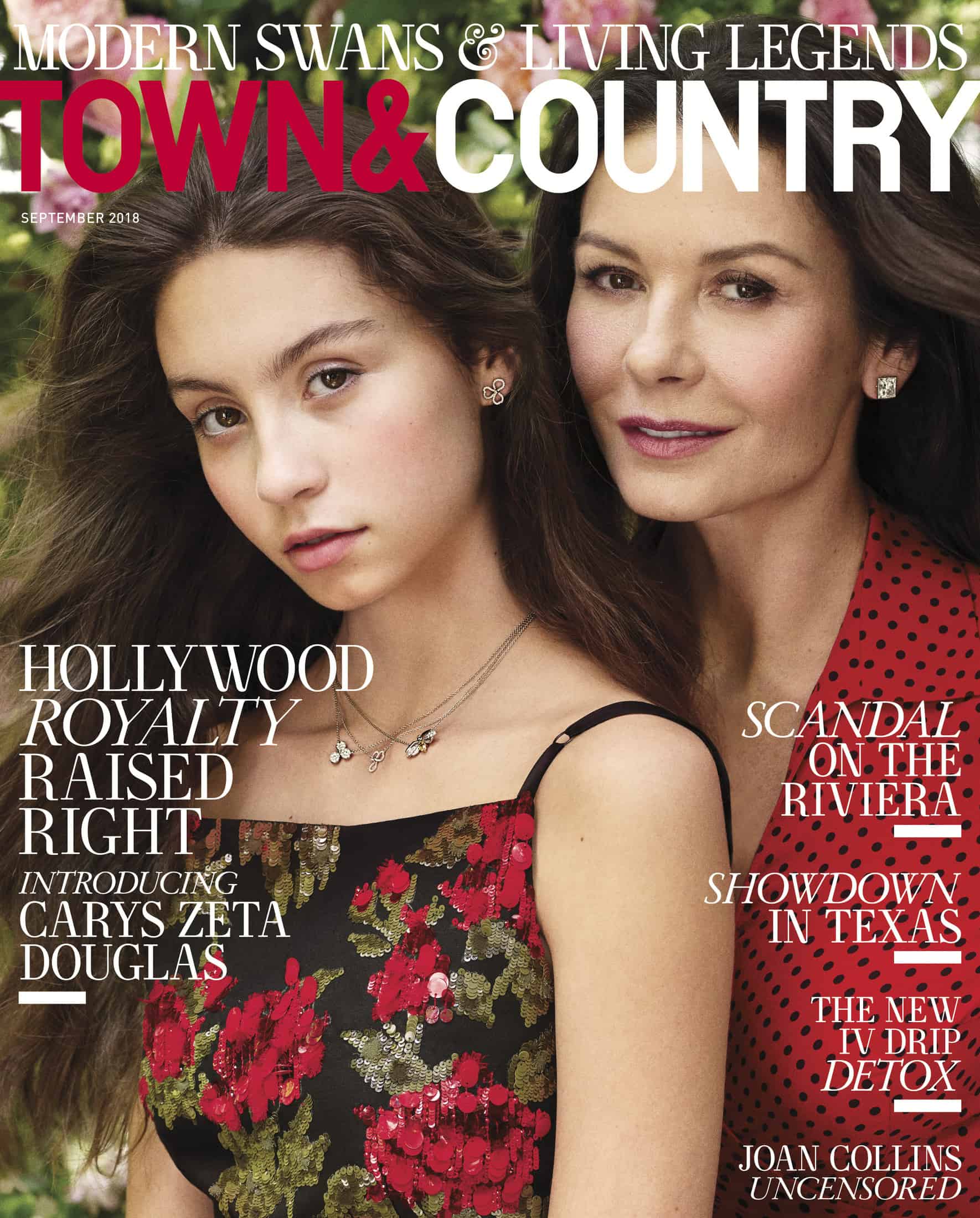 Despite having her debut in a major magazine, Zeta Douglas insists that she is not interested in fame. In fact, she has found tabloid culture to be detrimental to her life. In addition to being deeply upset by headlines that her father was dying (not true), she also recalls her first experience with the paparazzi upon moving to New York.

“I used to get really upset. They would jump on the subway and sit right in front of me. I was, like, six. I was confused. That’s when I knew, ‘If this is going to be what it’s like, I need to focus on who I really am, and this is going to be something that’s just going to happen, and I can’t do anything about it.’” 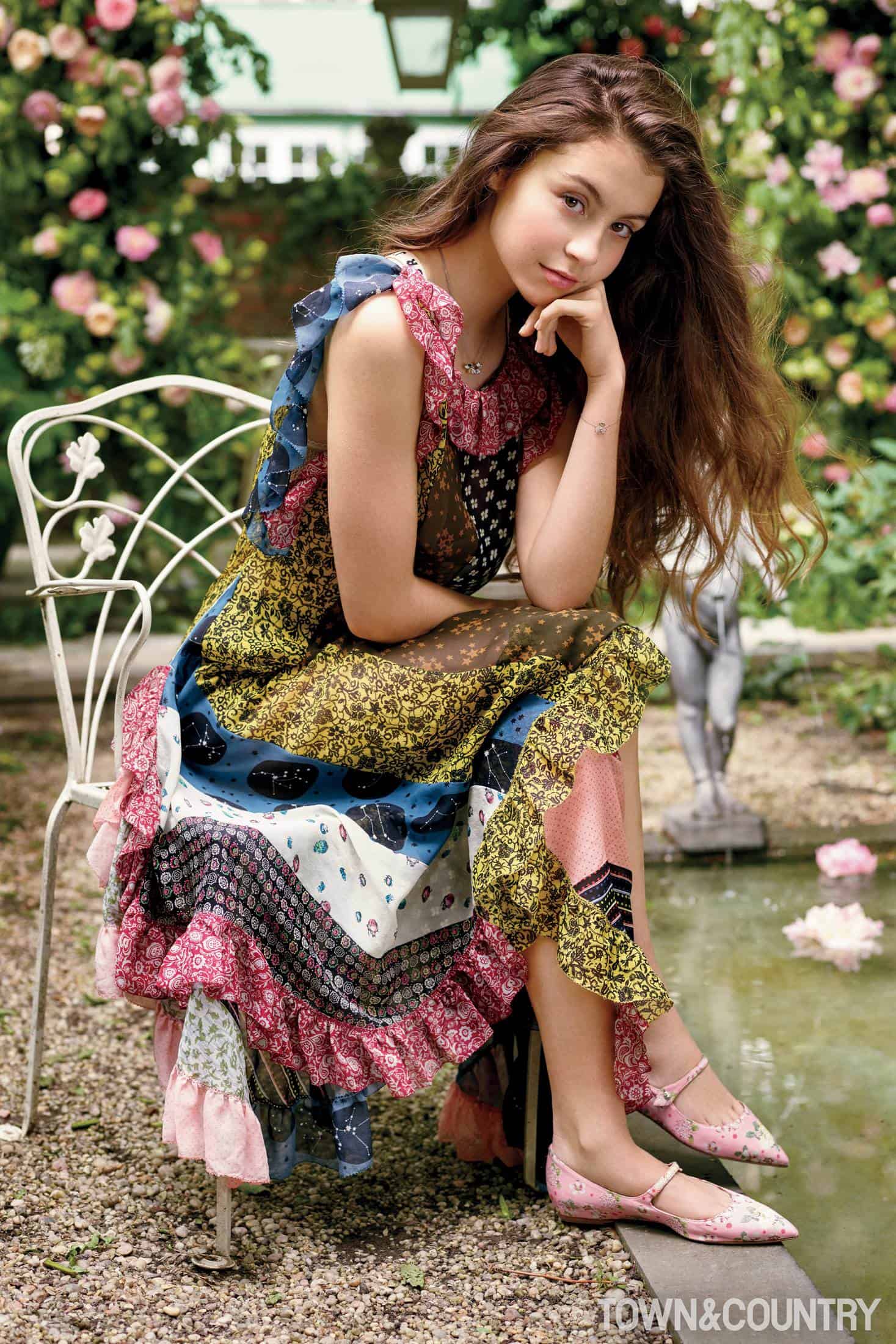 That being said, it seems like she is easing in to being photographed. Zeta Douglas has attended events with her mother, including fashion shows, implying that at the very least she isn’t shy about the world of clothes, catwalks, and models.

“Fashion has been so important in my life, because my mom is like a fashion icon to me,” she said, mentioning that she loves looking through Zeta Jones’ closet. “She has this one thing, and it’s absolutely crazy. It’s this pink kimonoey coat, but it has this fur and these fringes. It’s just so cool.” 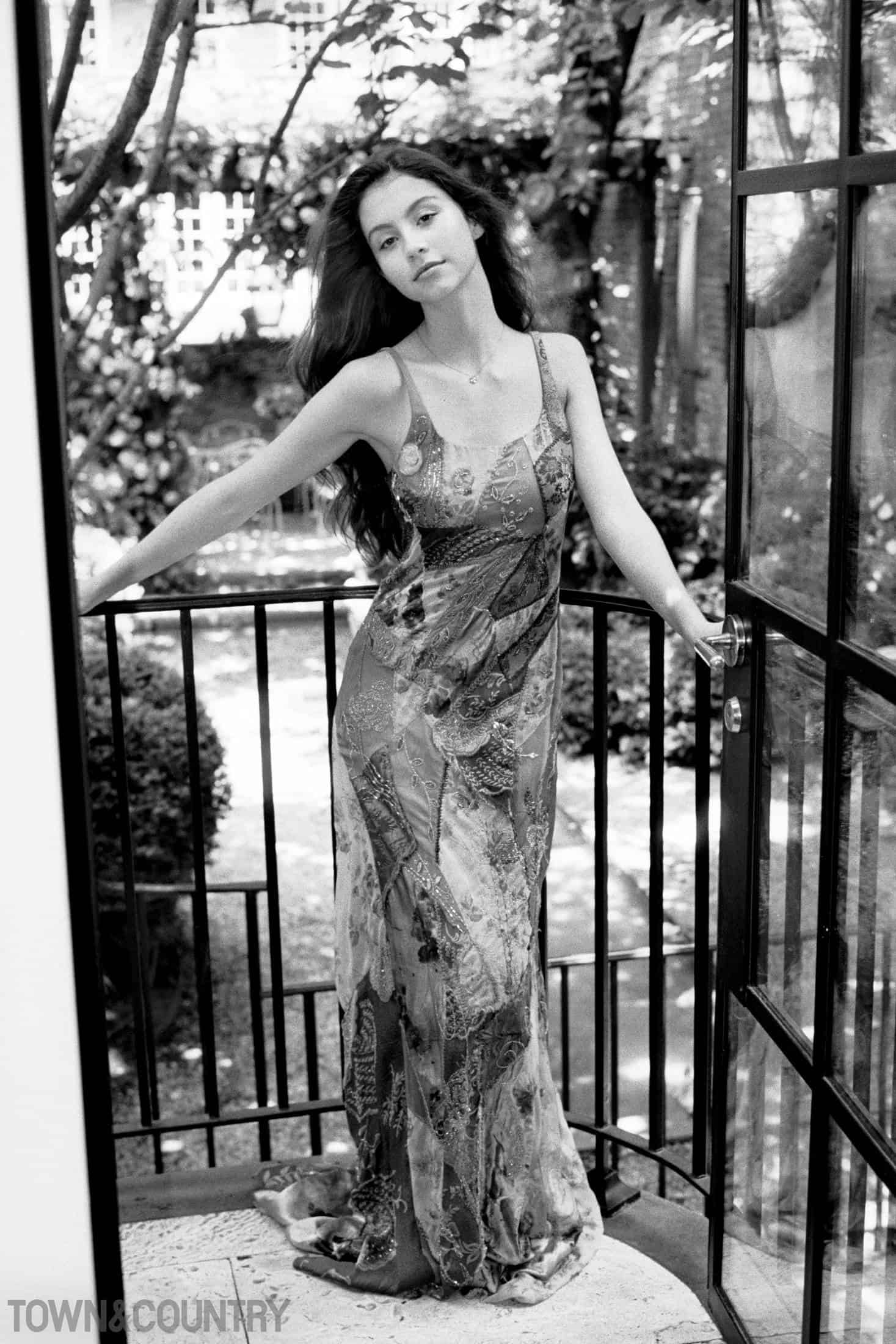 As for her sense of style, Zeta-Jones revealed that the teenager is surprisingly modest for her age. In one anecdote the actress recalled a reversal of expectations, mentioning how she though her daughter’s romper hemlines could be a little shorter. Zeta Douglas’ response? “Mom, you’re the only mother in the world that would tell a 15-year-old girl that the romper should be shorter.”

Precocious though she may be, Zeta Douglas does have at least one “typical” teenage interest — Timothée Chalamet, who she says is her dream prom date. Same, Carys. Same.