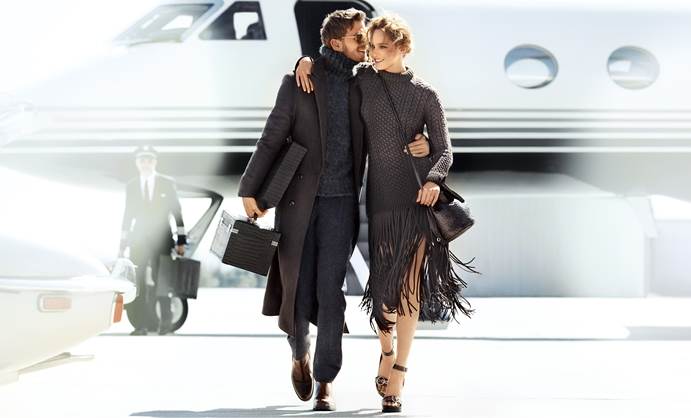 Michael Kors has just released their Fall 2014 campaign starring brand darling Karmen Pedaru, plus the introduction of Benjamin Eidem as the new face of mens. “This season, I was influenced by the easy lifestyle of California, and I wanted the images to express my jet set sensibility but with a relaxed attitude,” Kors explains. Fashion’s busiest man alive, Mario Testino, shot the campaign in Southern California with two scenarios: One features Pedaru and Eidem getting off a jet and the other features the duo with Cindy Bruna, Tian Yi, Corey Baptiste, and Ian Sharp on a private plane. Look for the campaign to roll out next month worldwide. Tonight, Kors joins Harper’s Bazaar‘s Glenda Bailey for a Q&A at the Hearst Tower.