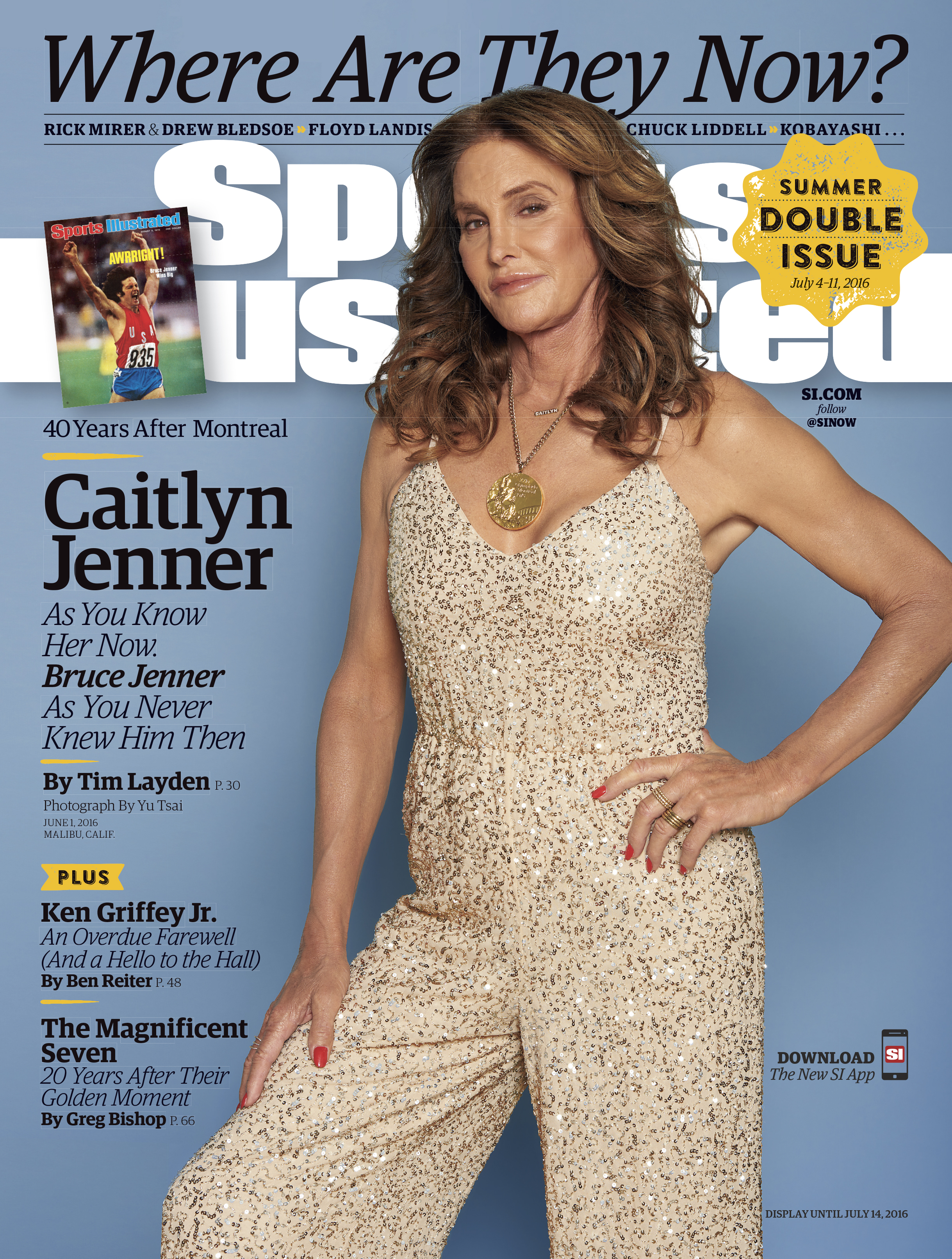 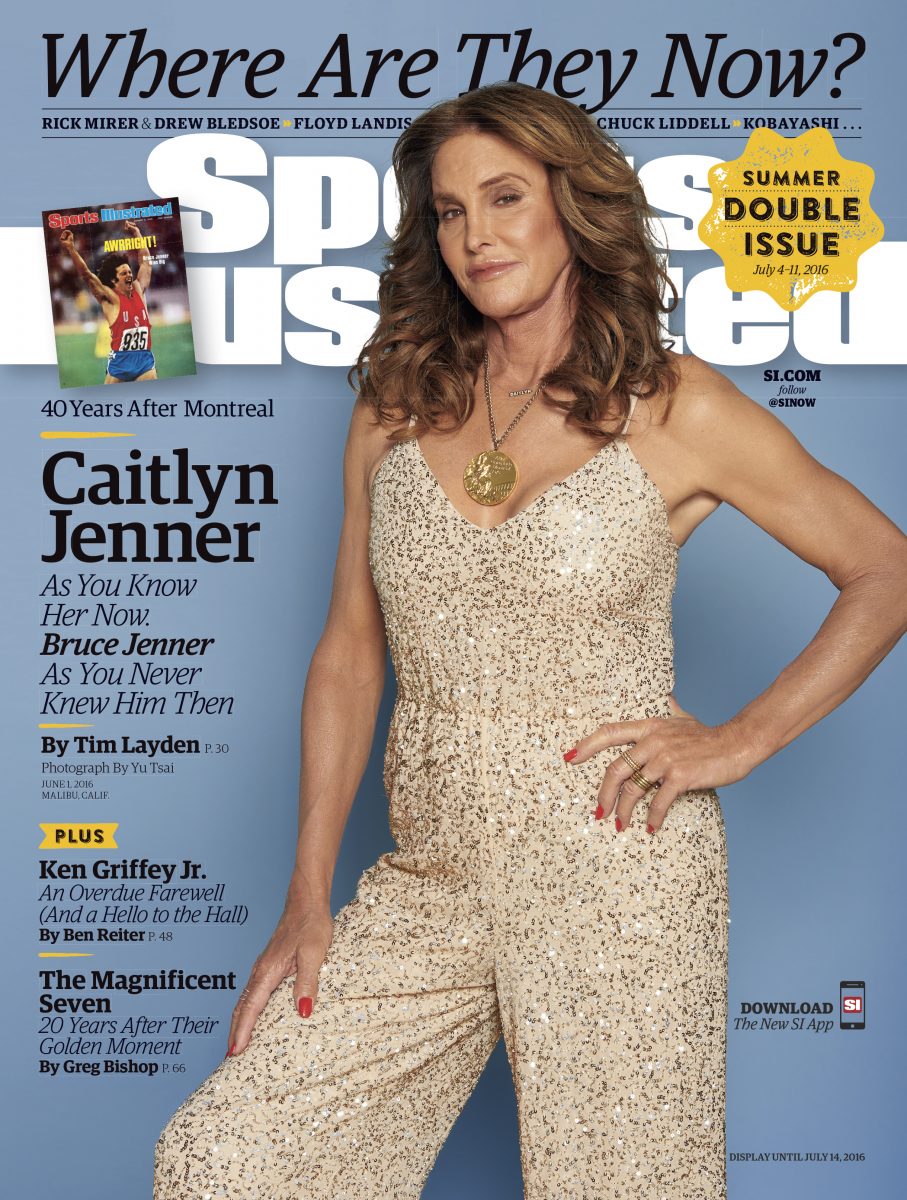 Caitlyn Jenner is having quite the golden moment on the cover of Sports Illustrated‘s July 4-11 edition. The issue, titled Where Are They Now?, features the 66-year-old wearing the gold medal that she won 40 years ago at the 1976 Summer Olympics Games. The cover shot marks the first time that the I Am Cait star has publicly worn her legendary accessory since her transition. “It’s a picture that brings attention to this issue,” Jenner said to Sports Illustrated senior writer Tim Layden when reflecting on the cover. “That’s the important thing. That’s why I wore the medal.”

In the profile, Jenner goes into depth about her journey to the Olympics, as well as how training for the Games was a distraction for wanting to transition. “Little Caitlyn has been in there since I was this big. Sometimes she raised her cute little head more than others. I was female inside, but I wasn’t an effeminate male. So I could hide easily in the male world. My life was distraction after distraction after distraction. Being a macho male was a way for me to try to convince myself that the woman living inside of me really isn’t living inside me,” said Jenner, who is one of only 22 Olympic gold medalists (12 of which are American). “Obviously, it didn’t work.”

Jenner also discusses how being in the spotlight (that is, her “celebrity” with Keeping Up with the Kardashians and more recent documentary series on E! I Am Cait) and her accomplishments in sports have led to a greater awareness for transgender issues.

Gucci to Launch an Online Only ‘Gucci Garden’ Collection

Jasmine Sanders Celebrates Turning 30 with The...