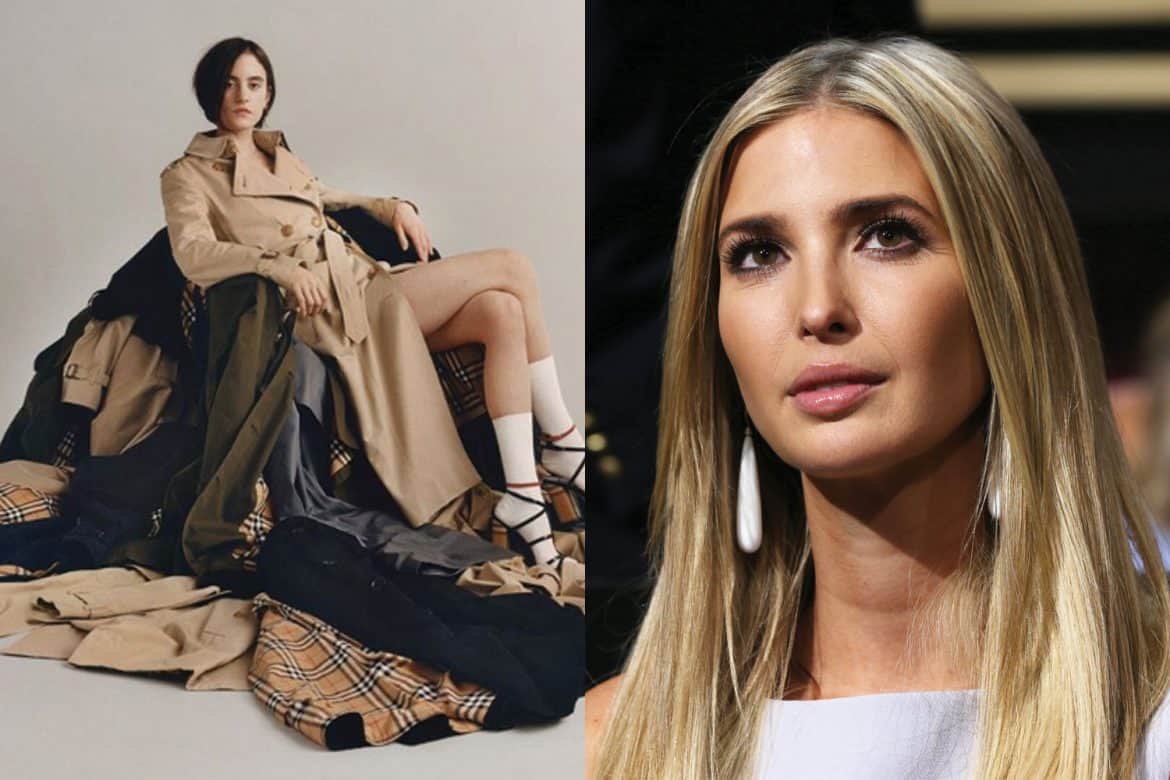 Burberry Destroyed $38 Million in Goods (Business of Fashion)
According to Burberry’s latest annual report, the company destroyed $38 million in finished products in 2018, up from approximately $35.7 million in 2017 and $25 million in 2016. The extra large disposal is part of the general turn-around effort of the brand under their new CEO Marco Gobbetti and designer Riccardo Tisci, and included more cosmetics than usual following the acquisition of Burberry’s beauty line by Coty.

Hudson’s Bay Drops Ivanka Trumps Brand Due to Weak Sales (Business of Fashion)
Hudson’s Bay, which also owns Lord & Taylor and Saks Fifth Avenue, will stop selling the brand in their 90 Canadian namesake stores and online beginning this fall. Trump was apparently notified about the decision in the fall of 2017. As of Friday, the brand was still Available at Lord and Taylor and Saks Off Fifth Avenue.

Kate Upton Expecting First Child With Justin Verlander (Page Six)
On Saturday, model and former Daily Summer cover star Kate Upton took to Instagram to share the news that she is prgnant with her first child with husband Justin Verlander. Upton, 26, is currently in Miami for Swim Week, where she is judging Sports Illustrated’s first-ever open casting call.

Meghan Markle’s Dad Can’t Stop Talking to the Press (People)
Thomas Markle just can’t help himself, it seems. The 73-year-old gave an interview to The Sun on Sunday, saying that he has not spoken to his daughter since the day after her wedding to Prince Harry. “The phone number I had been calling Meghan on is no longer picking up,” he said. “And I don’t have an address for her. I sent a text to my palace contact saying I would like to reach my daughter and got no reply.”

Indeed, Markle’s only contact with his daughter since the wedding has been through the pictures of her he has seen in the press, which he claims paint a grim picture of her mental state. “My thing about my daughter right now is that I think she is terrified. I see it in her eyes, I see it in her face and I see it in her smile.”

If only there was something he could do to make things easier on her. Oh, here’s and idea: shut up already!

France Wins the World Cup
They beat Croatia four to two to bring home their second World Cup win. Their first win was in 1998, when they also hosted the event.